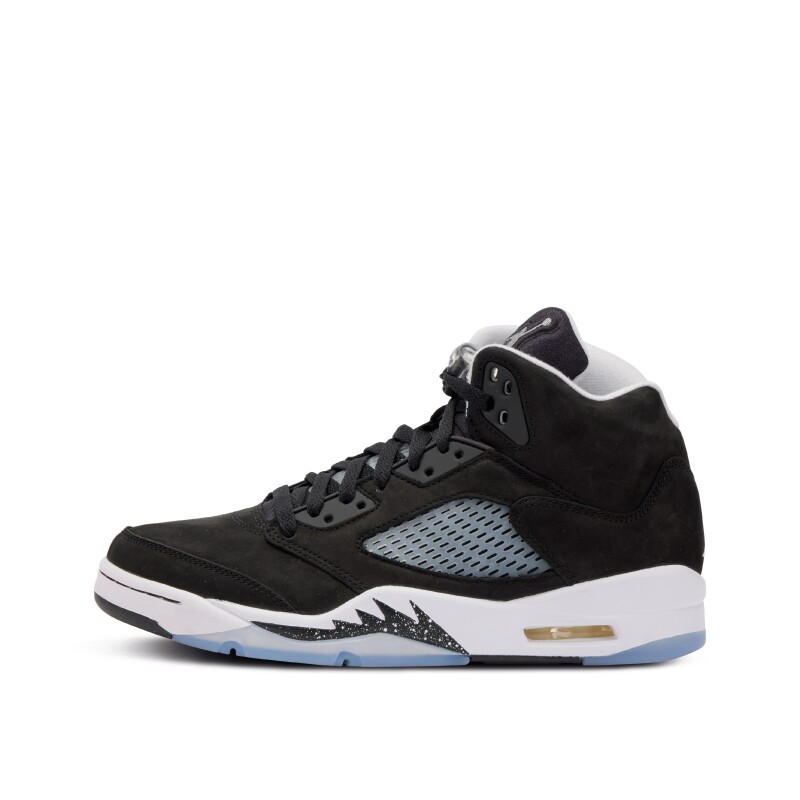 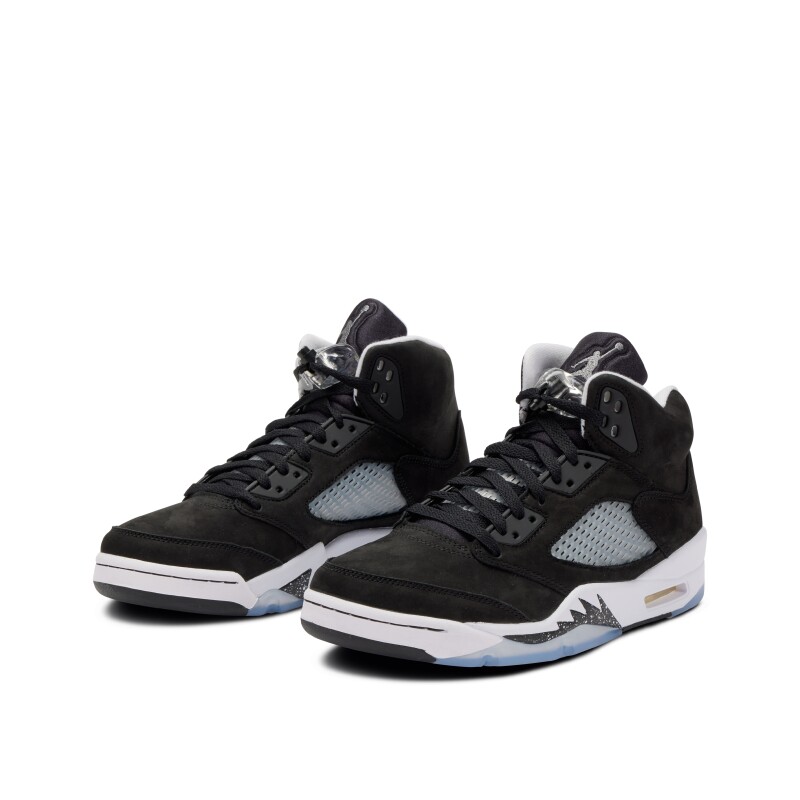 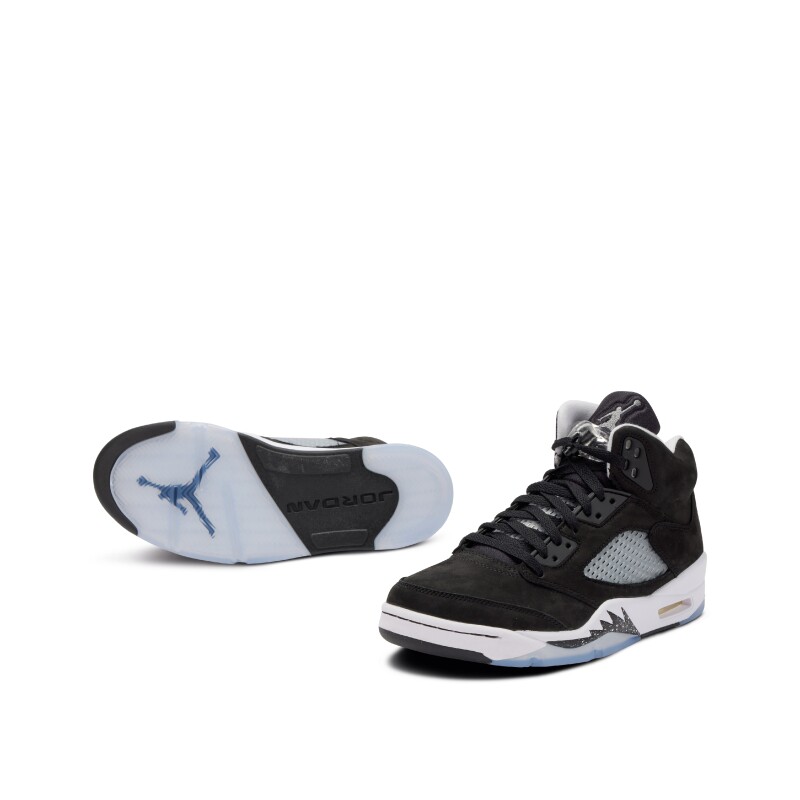 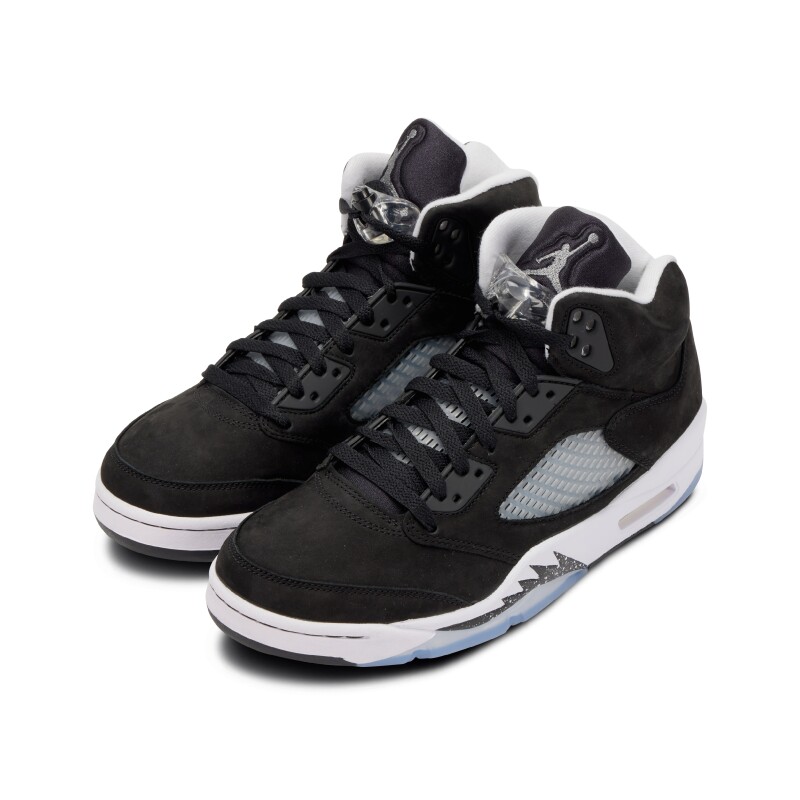 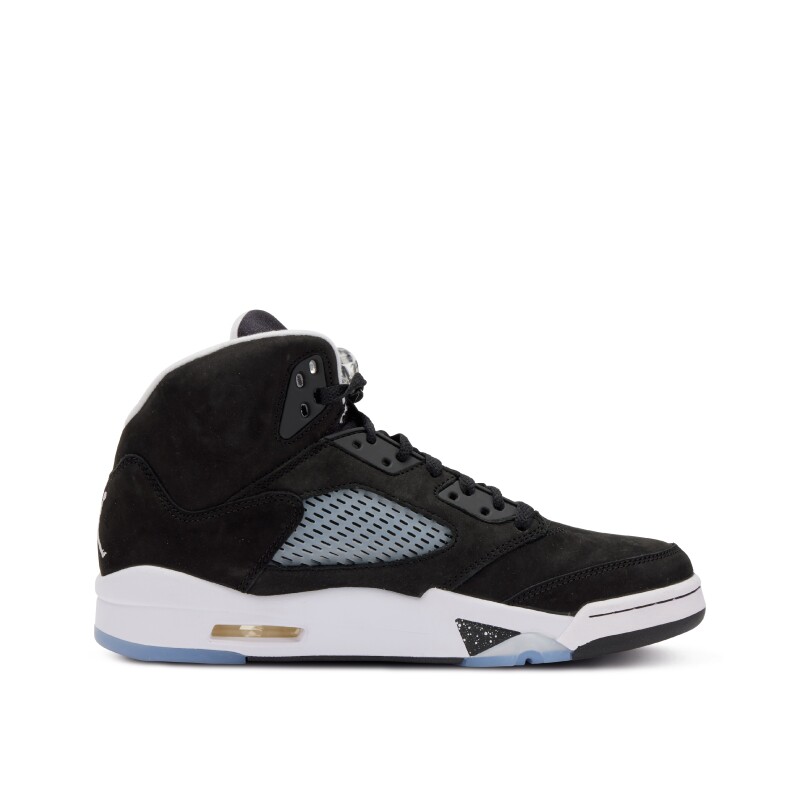 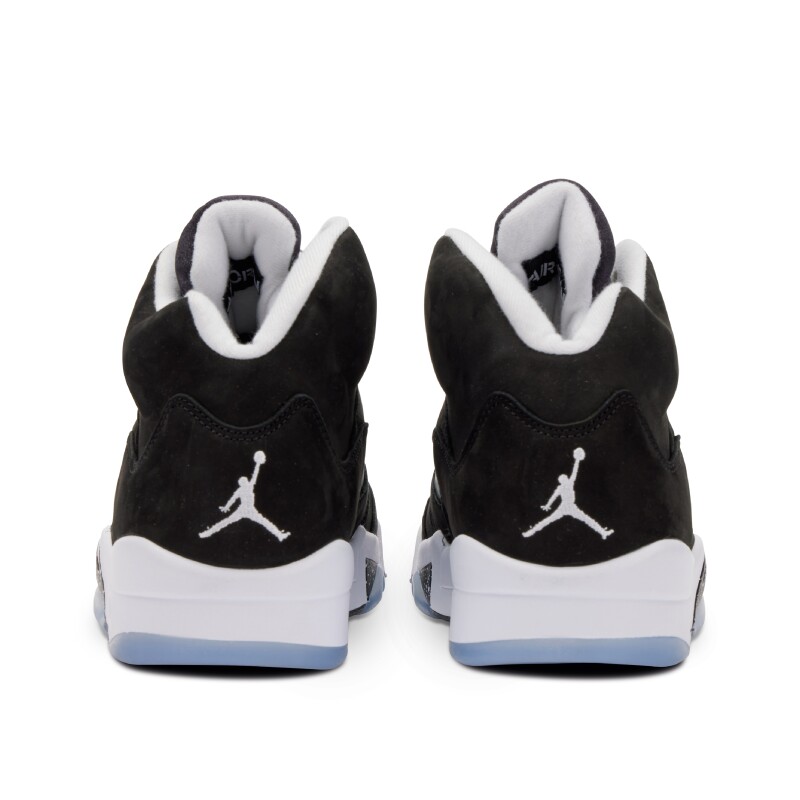 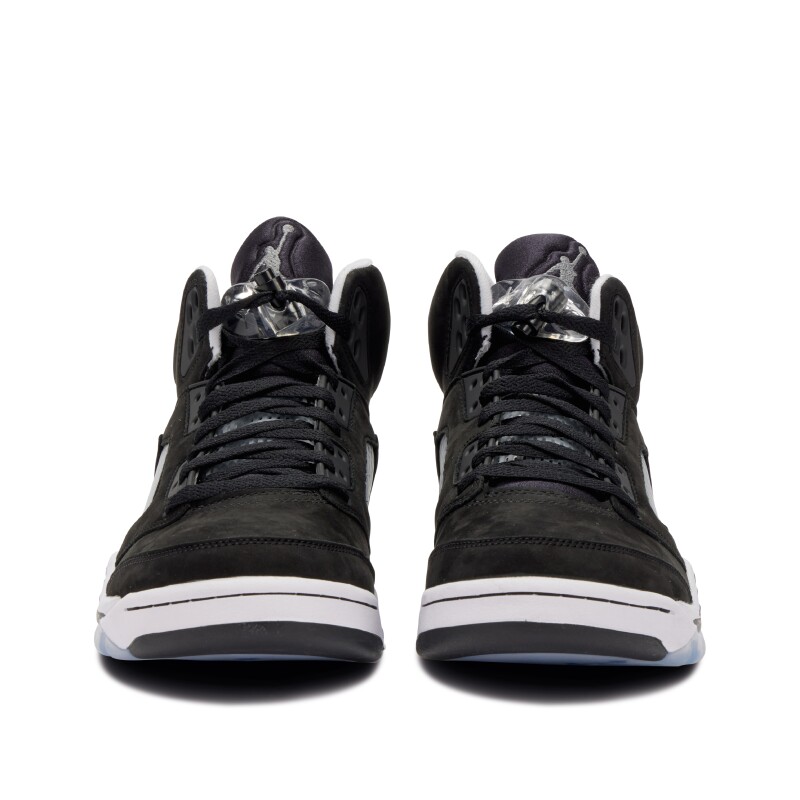 By the time the Jordan 5 premiered in 1990, the Jordan line of sneakers was a household name and its release was widely anticipated. Designed by legendary NIKE designer Tinker Hatfield, the fifth Jordan was updated with a shark-tooth midsole pattern, inspired by the design of World War II Fighter jets.

This retro version of the Jordan 5 in a black and white ‘Moonlight’ colorway brings back the original silhouette, including the signature zig-zag midsole. The dark black, grey, and white coloring of the ‘Moonlight’ is identical to the 2013 ‘Oreo’ colorway, including a black Durabuck upper with translucent netted inserts. The shoes are finished with a grey embroidered Jumpman logo on each tongue, and a white midsole with black speckled shark tooth pattern.