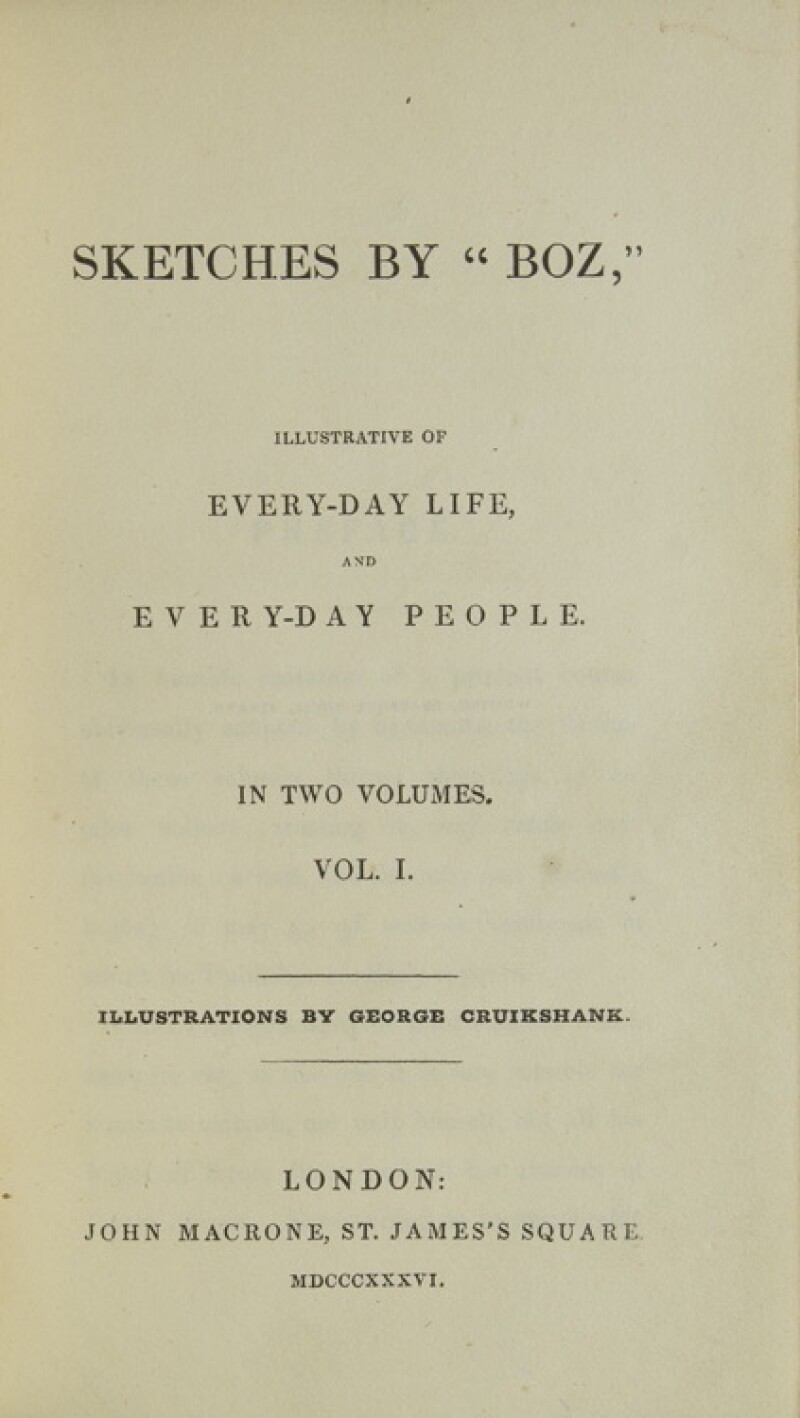 Sketches by “Boz,” Illustrative of Every-day Life, and Every-Day People. In Two Volumes.

The complete Sketches by “Boz” in first edition. The majority of “Sketches” were originally written for daily journals and magazines, from December 1833 and December 1836, thus preceding The Pickwick Papers by years. The work subsequently appeared in monthly parts, beginning in late 1837 (Hatton & Cleaver 91-103).