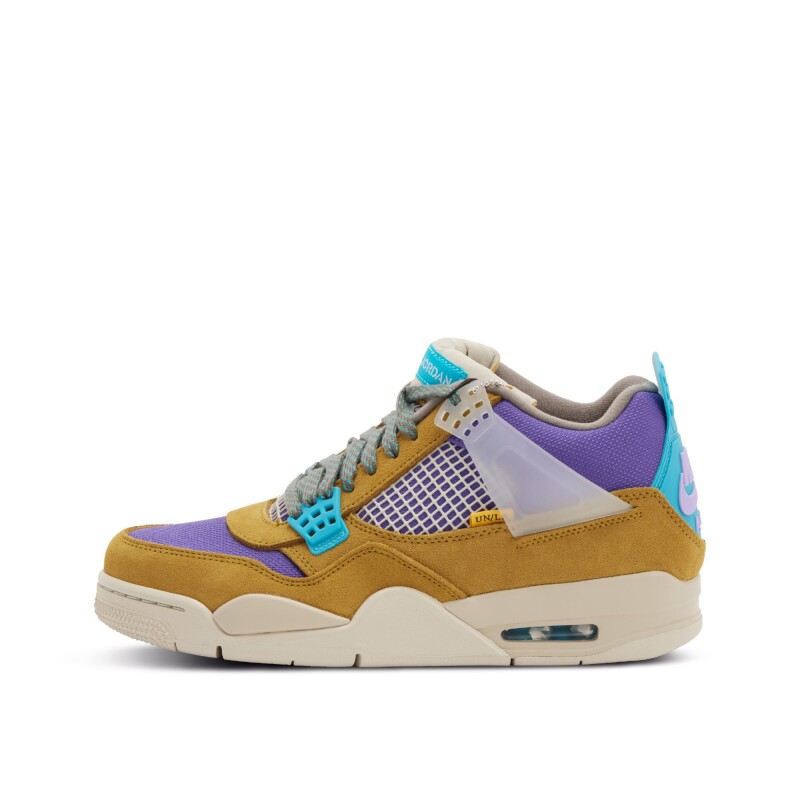 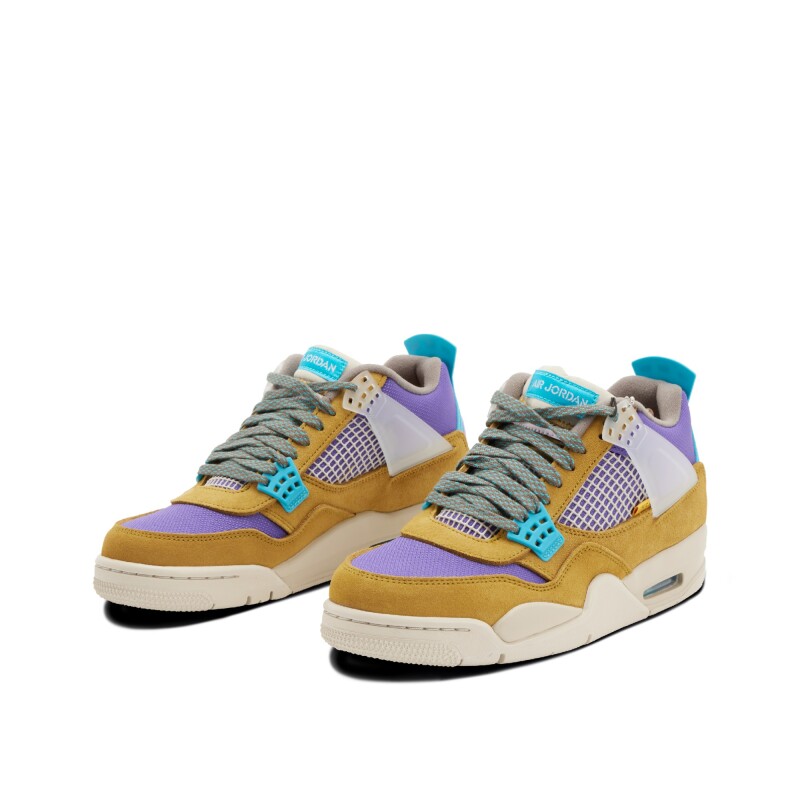 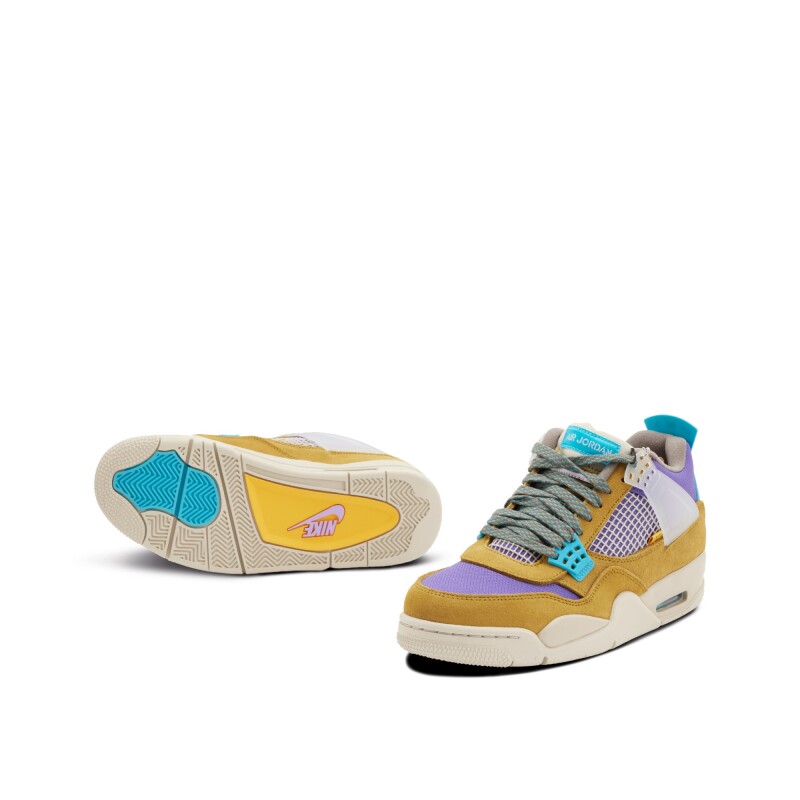 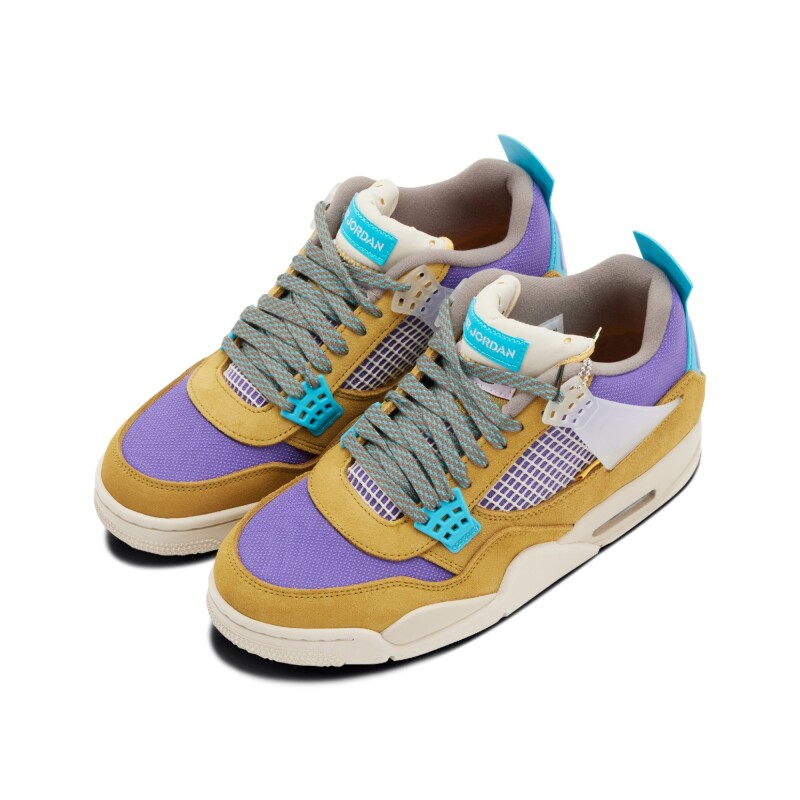 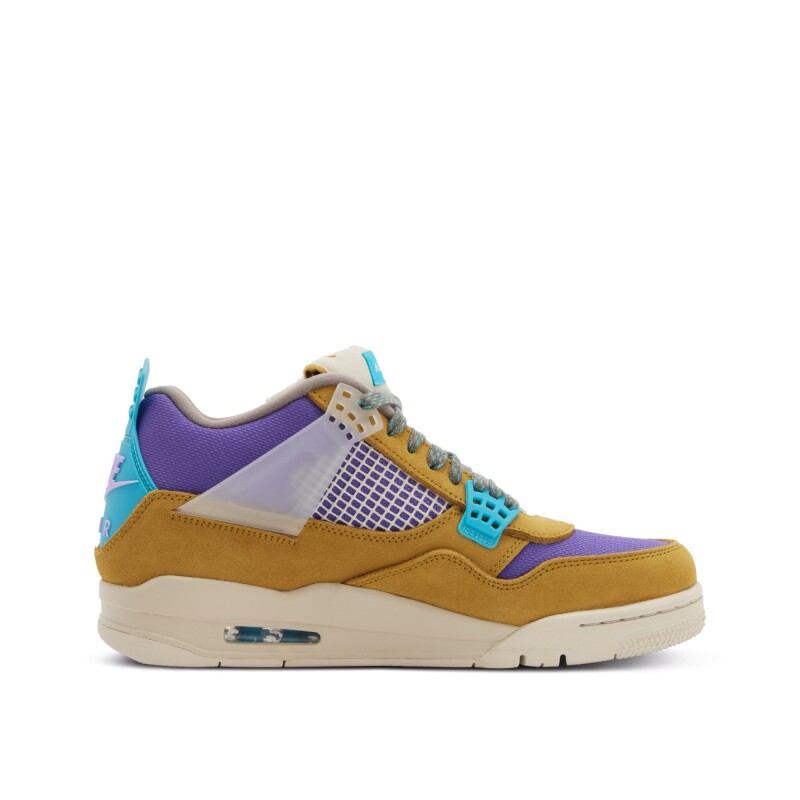 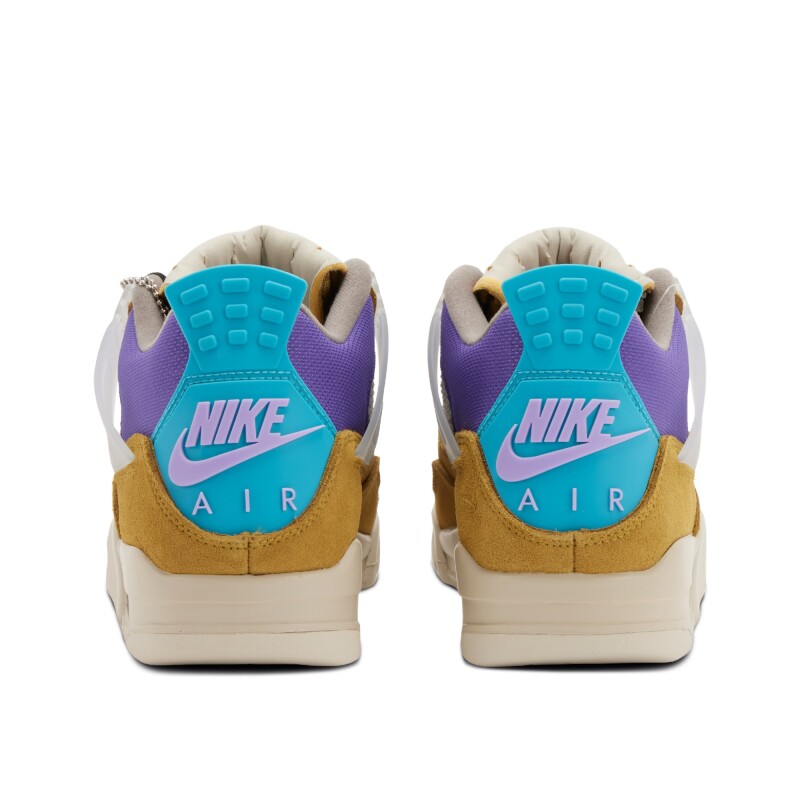 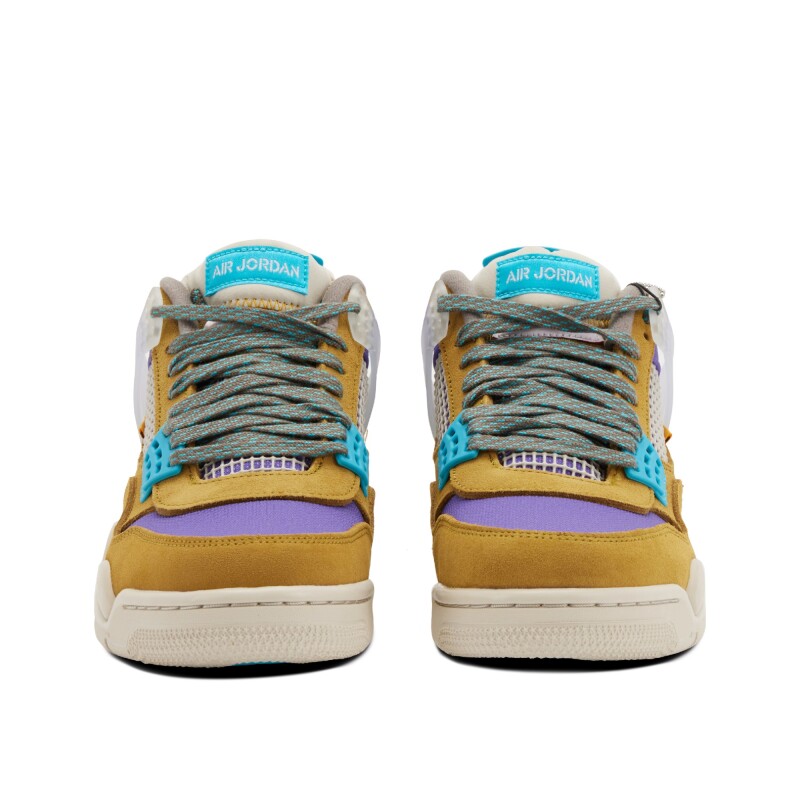 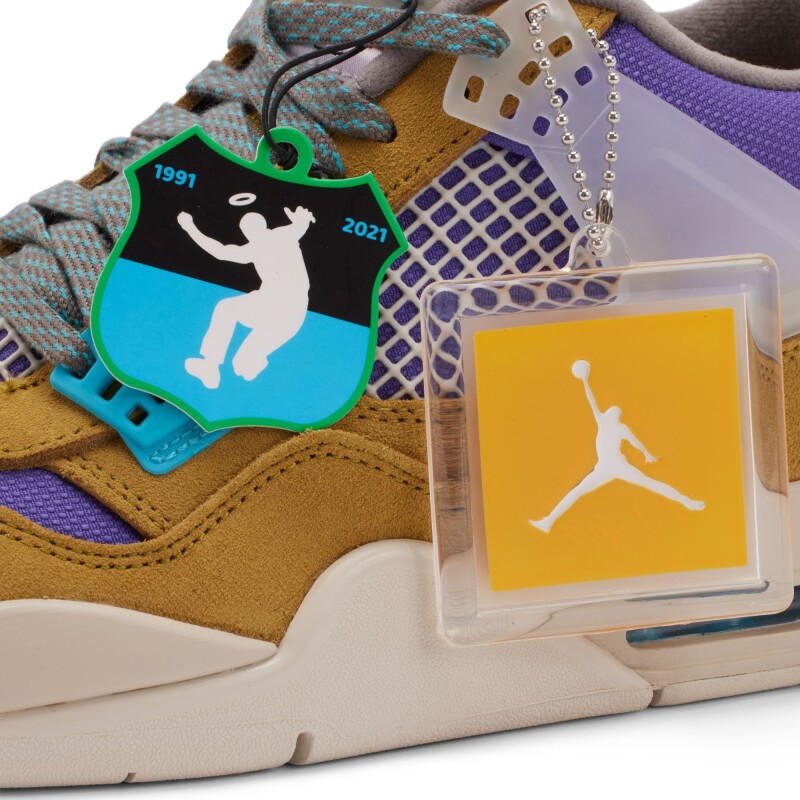 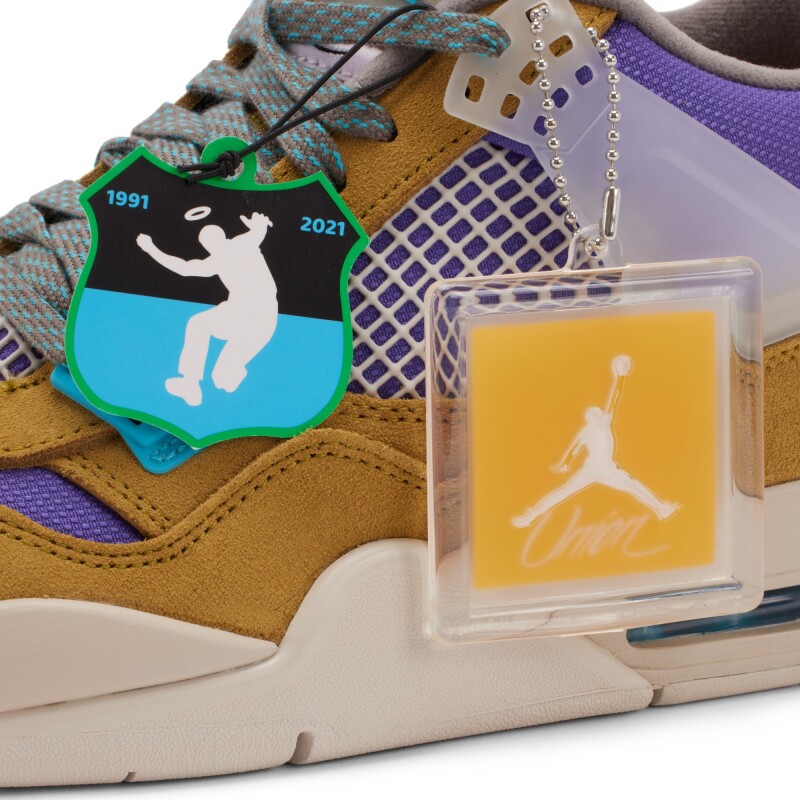 The Jordan 4 Retro X Union 'Desert Moss' released to celebrate the 30th anniversary of the streetwear boutique and retailer Union LA. The shoes are inspired by the outdoor gear of the 80s and 90s and were released as part of the Tent and Trail capsule collection. The style delivers an earthy take on the classic silhouette by using a sand brown suede with breathable purple mesh on the collar and toe box. Semi-translucent TPU wings provide structural support, taking cues from an original Tinker Hatfield sketch. The shoe is branded with a yellow Union tab on the lateral quarter panel, light blue heel tab with lavender Nike Air text and swoosh, and a blue woven Air Jordan tag atop the folded-over tongue.