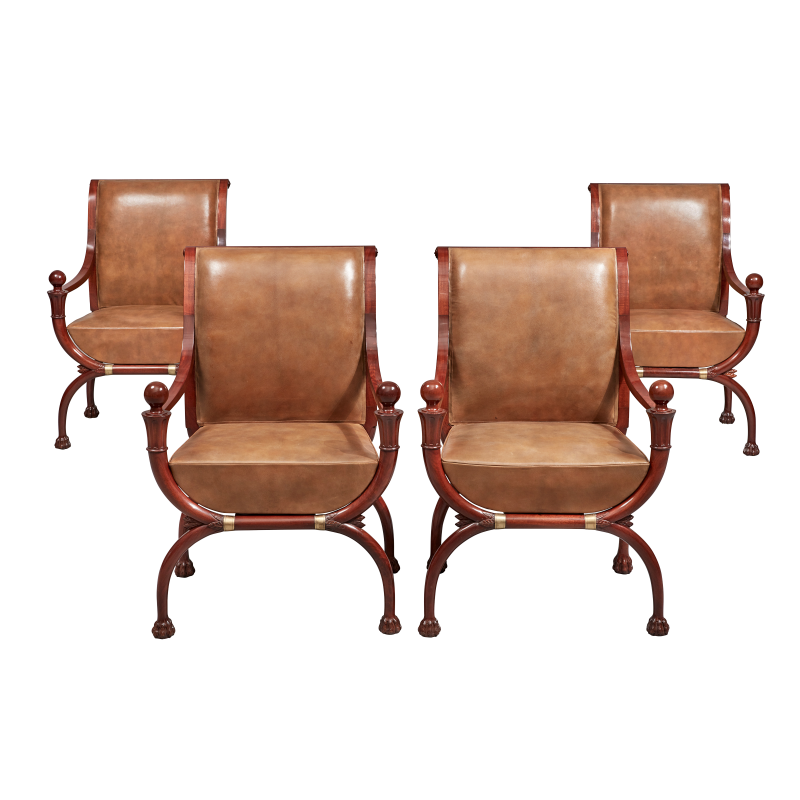 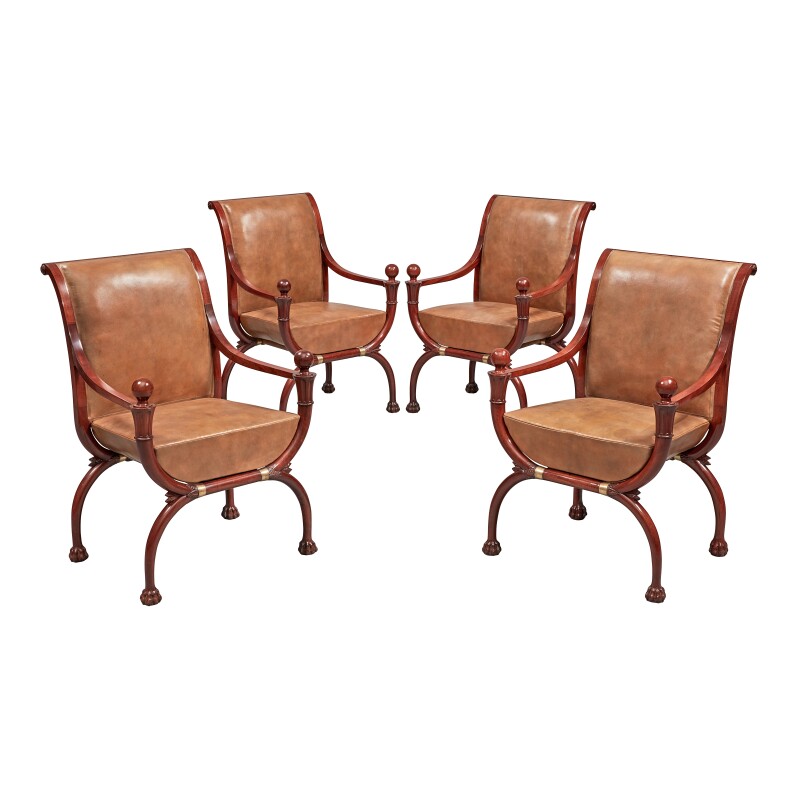 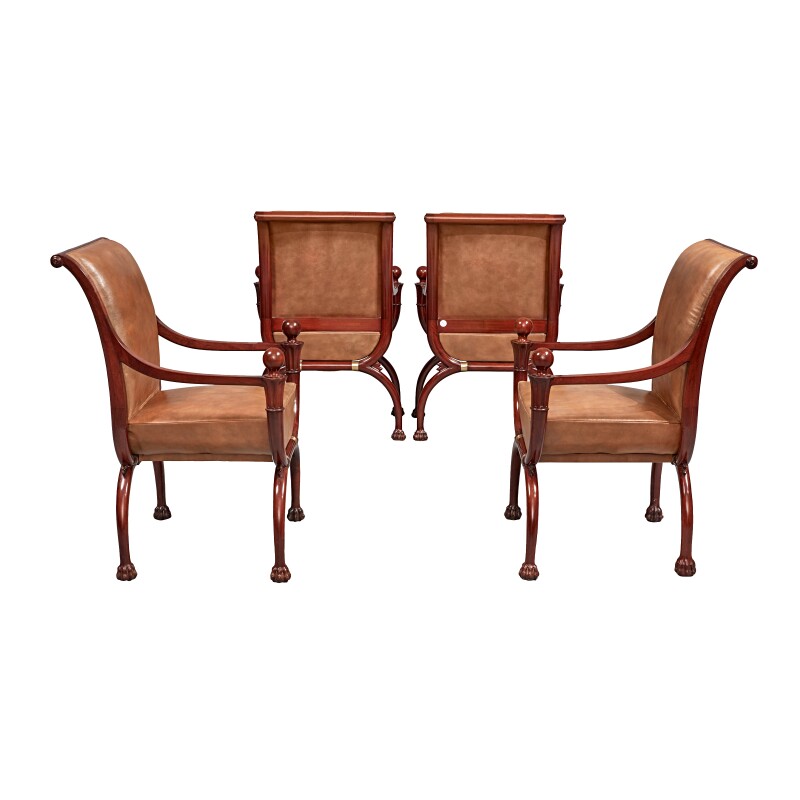 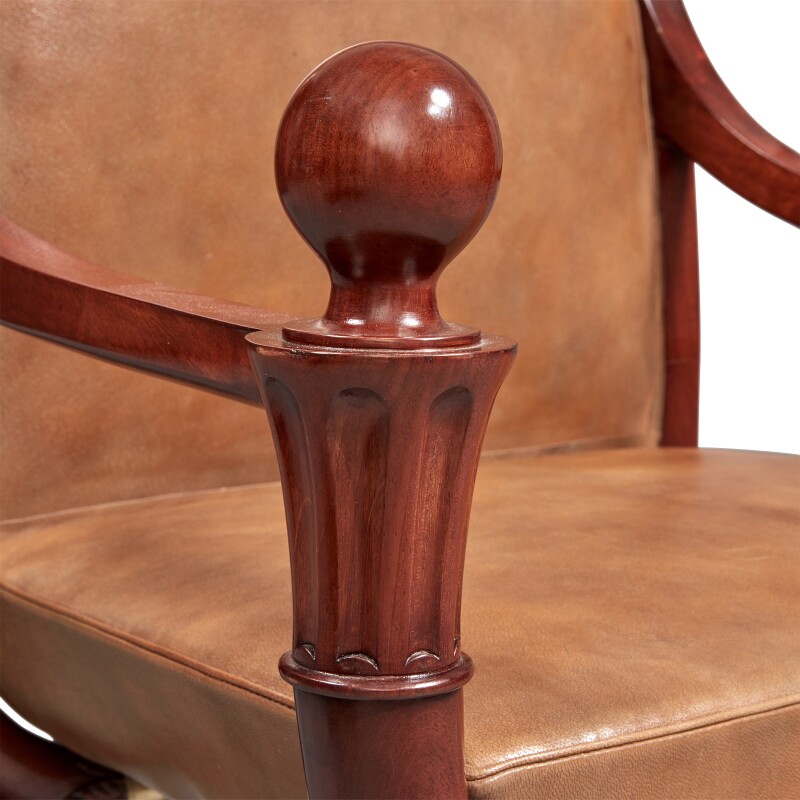 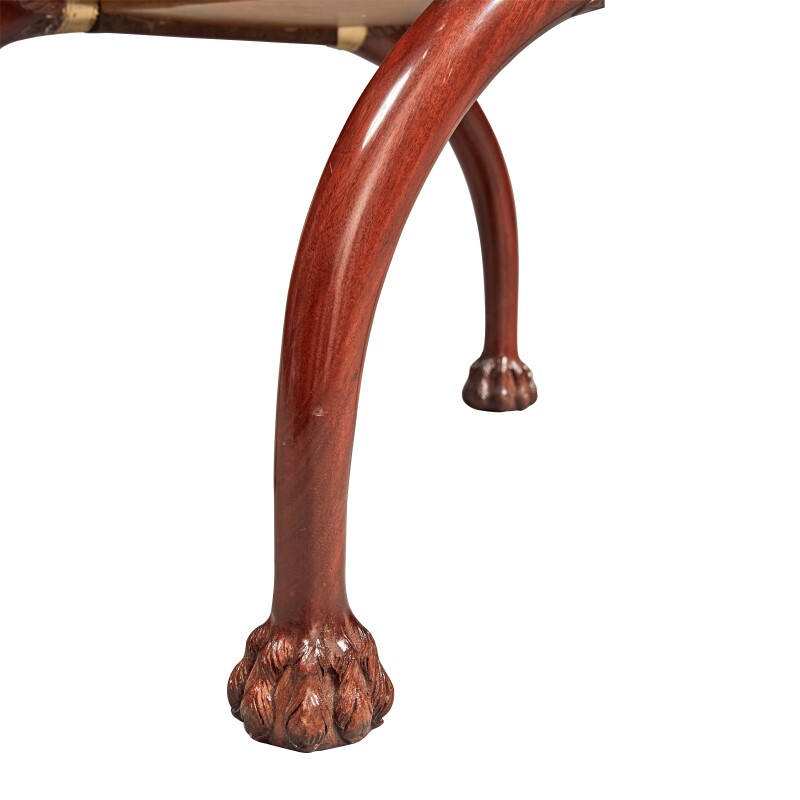 Carved Mahogany Fauteuils after a Design by Charles Percier

This set of chairs adopts the form of the sella curulis (said to derive from the Latin word currus, meaning ‘chariot’), a backless curved X-frame seat with low arms that was reserved for use by senior magistrates in Ancient Rome as a way to visually project their status and positions of power.

Forms such as this became extremely popular in France during the 18th century with the revival of interest in antiquity influenced by the continuing excavations at Herculaneum and Pompeii as well as by Napoleon’s 1798 Egyptian campaign which was illustrated in Dominique-Vivant Denon’s wildly successful 1802 publication, Travels in Lower and Upper Egypt. Architects and Parisian designers quickly incorporated the rediscovered classical forms and ornamentation motifs into their lexicon, and the fashion spread throughout greater Europe.

An early drawing for a chair of this design, attributed to the architect Charles Percier, is in a private collection, and a virtually identical model to the present lot was published slightly later in 1802 by Pierre de La Mésangère (1761-1831) in Meubles et Objets de Goût, N°20 (see illustration). Several chairs of this model are by or attributed to Georges Jacob (1739-1814, maître in 1765) including two in the French National collections, illustrated in J-P Samoyault, Le Mobilier Français Consulat et Empire, Paris 2009, p.27 figs. 25-28.