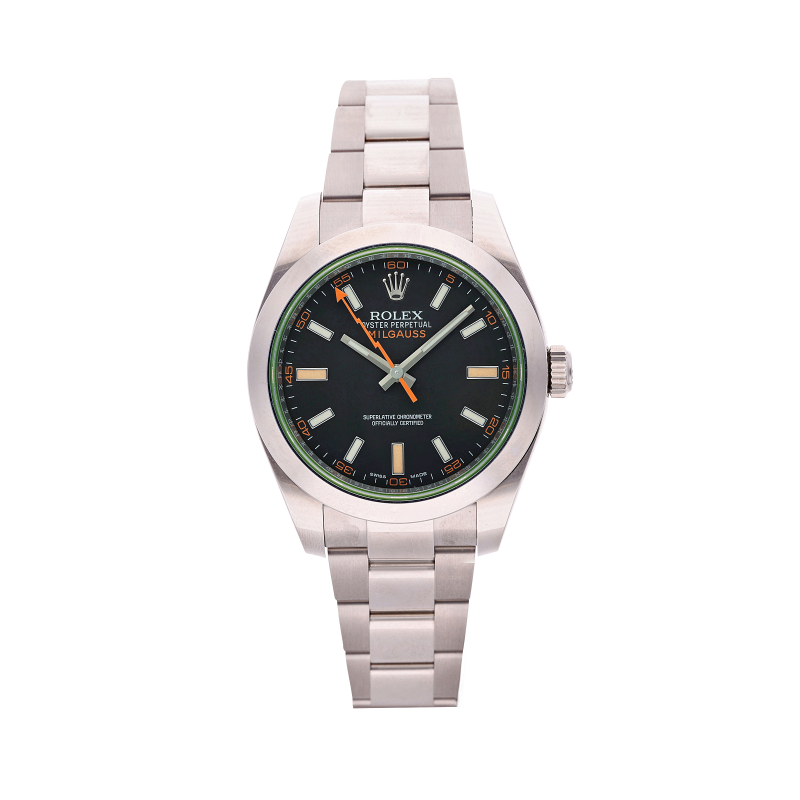 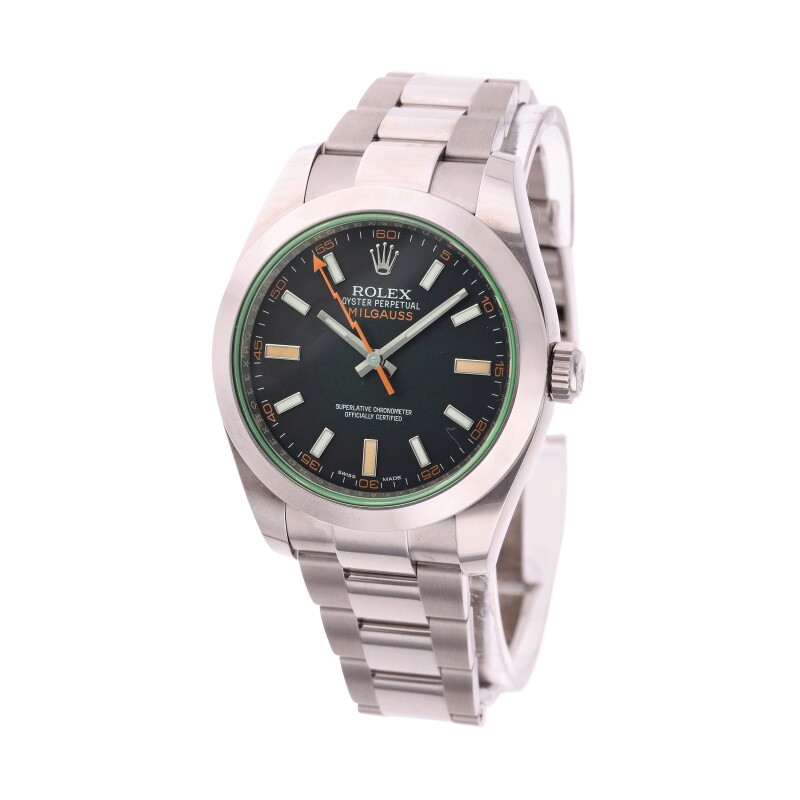 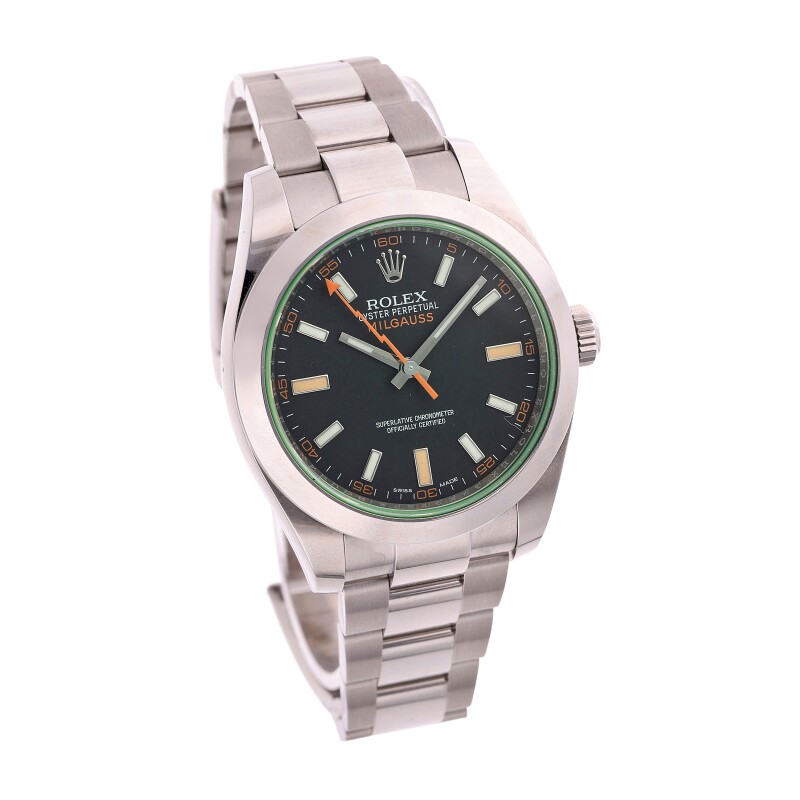 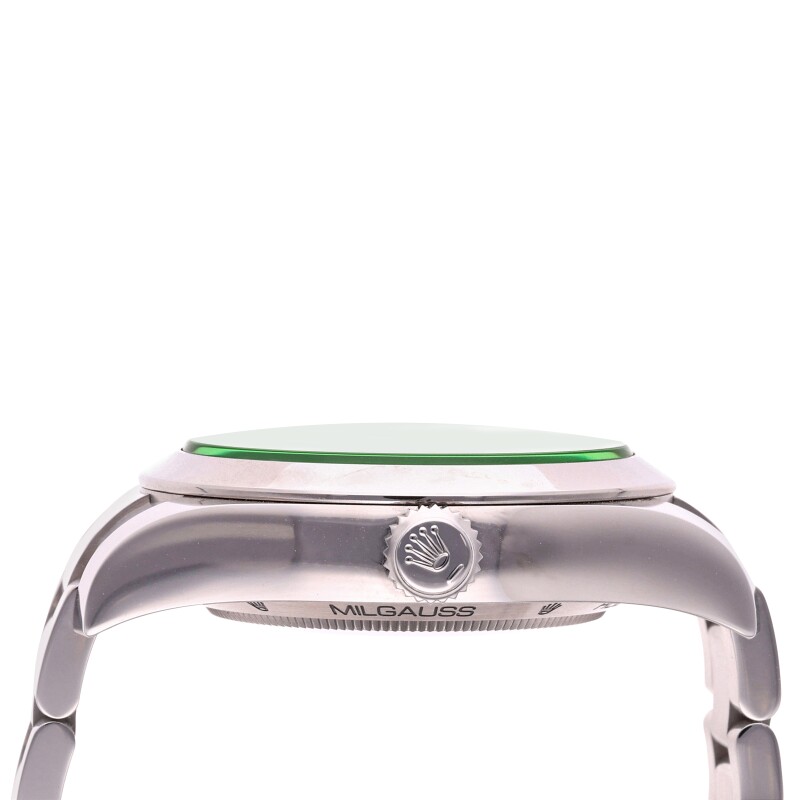 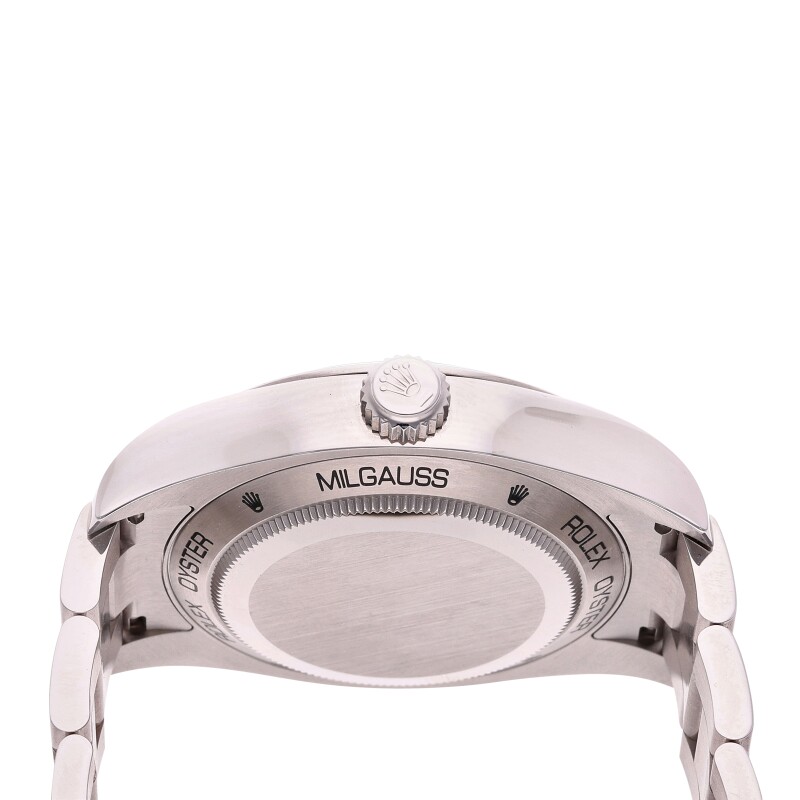 Milgauss Reference 116400, a stainless steel automatic wristwatch with bracelet, Circa 2019

The first Milgauss reference 6541 was launched in 1956 and designed to be used by scientists and those working in areas where exposure to high magnetic fields was unavoidable. The watch was guaranteed to resist magnetic fields up to 1'000 gauss (gauss being a measurement for magnetic induction), which is also the explanation for its name. Magnetic fields can affect a watch's accuracy at just 60 gauss and at 100 gauss a regular watch will normally no longer work. The Milgauss overcame the effects of magnetic fields by using anti-magnetic alloys and an iron movement cover to create a Faraday cage (a nonporous enclosure used to block electrostatic and electromagnetic influences).

In 1960, shortly after the initial reference 6541 was released, the Milgauss received its only major update during the 20th century with the introduction of the reference 1019. The new model was equipped with a smooth bezel, new hands and new indexes. Not as successful as other models, Rolex stopped the production in 1988 and only relaunched the Milgauss in 2007 with the present reference 116400. With the new Milgauss, Rolex brought back the attractive lighting seconds hand, though this time in a bright orange. It also included some orange-color elements on the dial, such as the model name or, depending on the dial, the numbers on the outer track and the luminous indexes at 3, 6 and 9 o'clock. Arguably the most innovative addition was the green-tinted sapphire crystal which gives the watch a futuristic and scientific touch.

Please note that Sotheby's does not guarantee the future working of the movement.

Rolex, Datejust Reference 16000, a stainless steel automatic wristwatch with date and bracelet, Circa 1979

Rolex, Day-Date Reference 128238, a yellow gold automatic wristwatch with day and date, Circa 2019