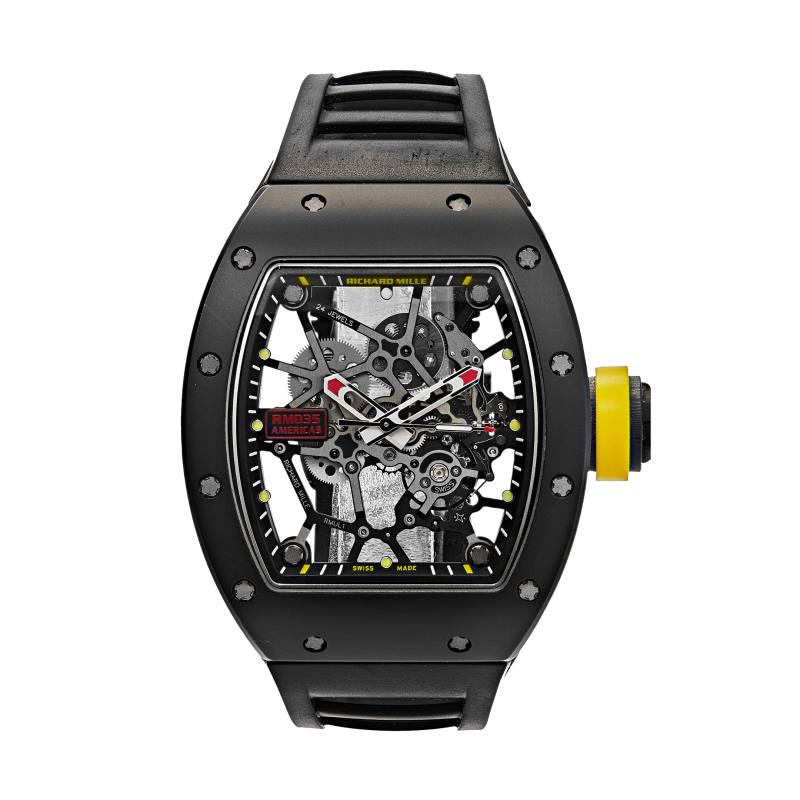 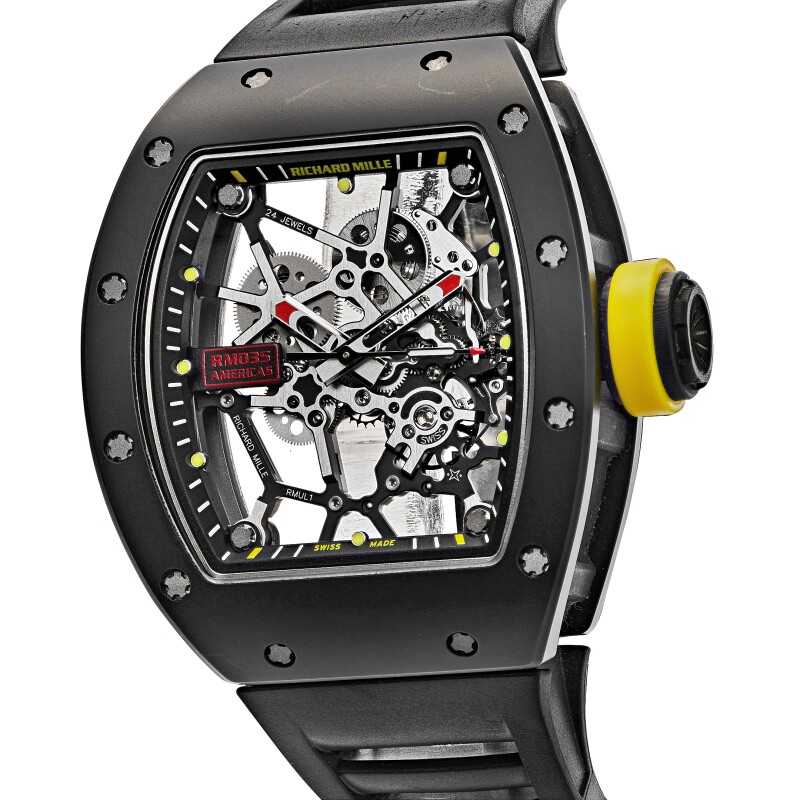 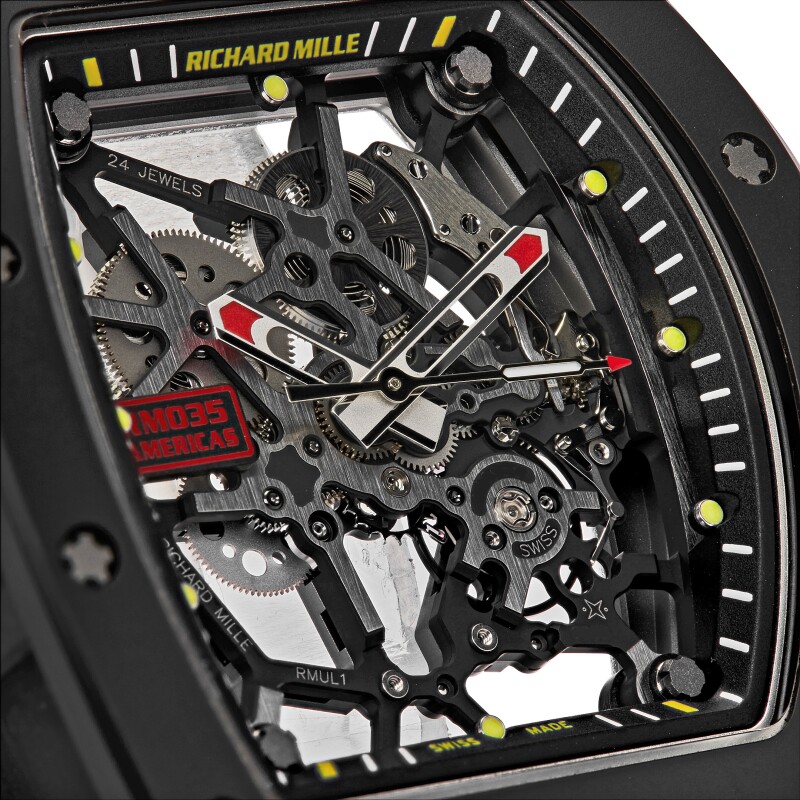 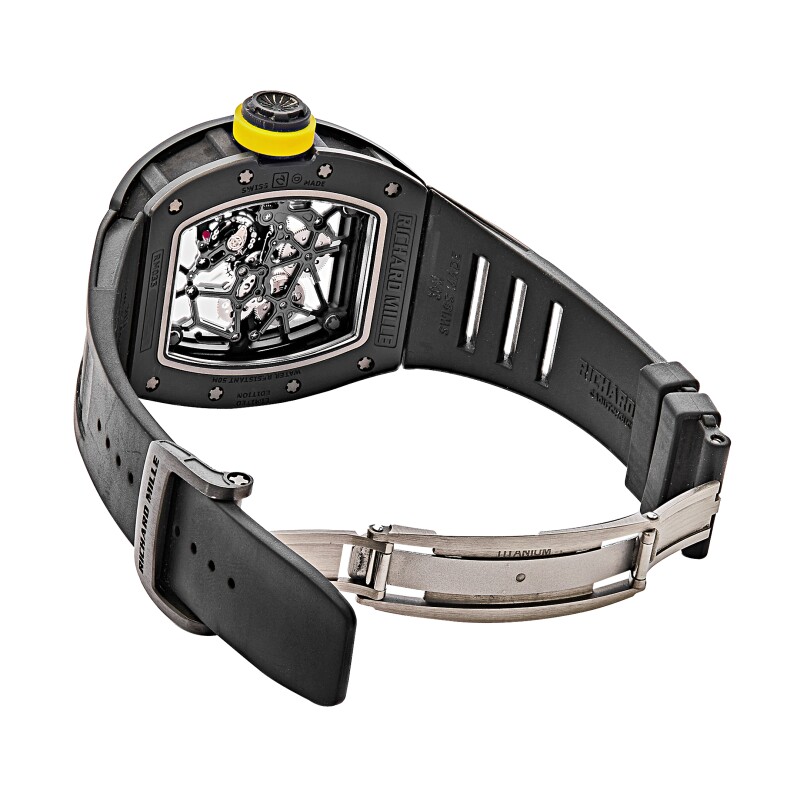 The seven-year collaboration between tennis player Rafael Nadal and Swiss watchmaker Richard Mille resulted in a series of trail-blazing manually wound watches. Introduced in 2011, the RM 035 is the first Richard Mille Chronofiable-certified timepiece. The Chronofiable test was developed at the beginning of the 1980s by the CCF SA. This exposes timepieces to an accelerated aging test simulating the equivalent of six months. The case is alumagnesium, consisting of aluminum, magnesium and copper alloy, commonly used for machine F1 pistons because of its extreme resistance to mechanical pressure and high temperatures.

The watch is in overall very good condition with light wear throughout commensurate with age. The movement is running at the time of cataloging, however, it was not tested for the accuracy of time or duration of the power reserve and may need service at the buyer's discretion. Please note that Sotheby's does not guarantee the future working of the movement.