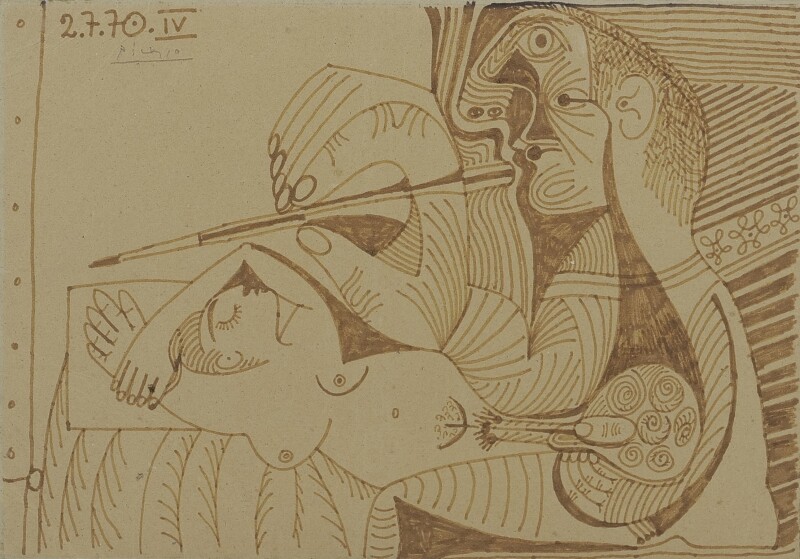 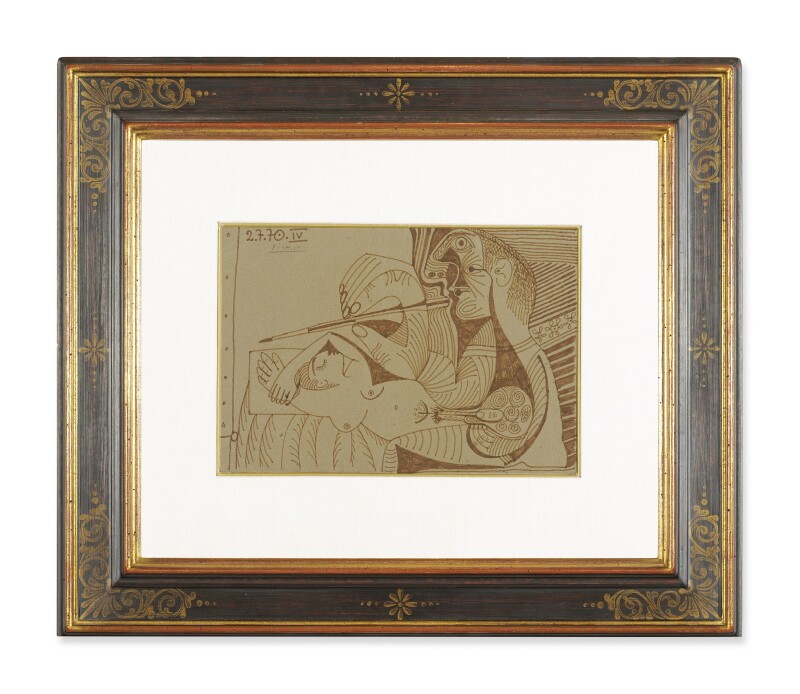 pen and ink with pencil on cardboard

pen and ink with pencil on cardboard

Galerie Berggruen & Cie, Paris (acquired from the above in 1971)

Private Collection, Austria (acquired from the above in 1979)

Throughout his career, Picasso chose to paint subjects that represented his life as an artist, and the theme that came to symbolize his own life and work most evocatively was that of the painter and his model. The male figure, a recognizable amalgamation of self-portrait, paints a female nude reminiscent of the women seen in canvases by Rubens and Ingres. With its foundation in this trajectory of art history, Le Peintre et son modèle is a monumental and dynamic depiction of this historic theme.

The motif of the female nude fascinated Picasso throughout his career, providing the inspiration for many of his greatest works. In various periods of his life, Picasso’s art was closely related to his personal relationships and the women depicted in his paintings were always influenced by Picasso’s female companions at the time. In Le Peintre et son modèle, the female figure is inspired by Jacqueline, the last love of his life, whom Picasso married in 1961. Although she is not a direct likeness of Jacqueline, with her characteristic hairstyle and almond eyes she bears the key features with which Picasso usually portrayed his last muse. The essence of Jacqueline, who never formally posed as Picasso’s model, is always present in his portraits of this period, including the present work.