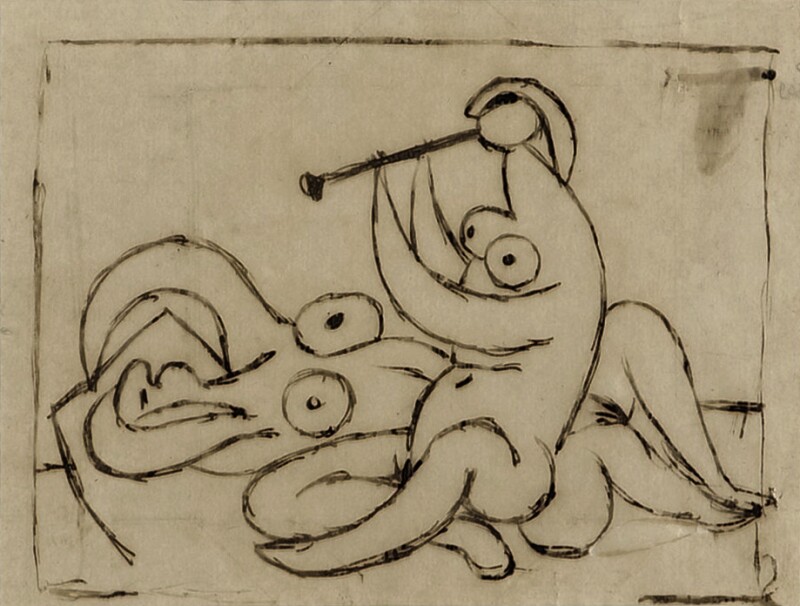 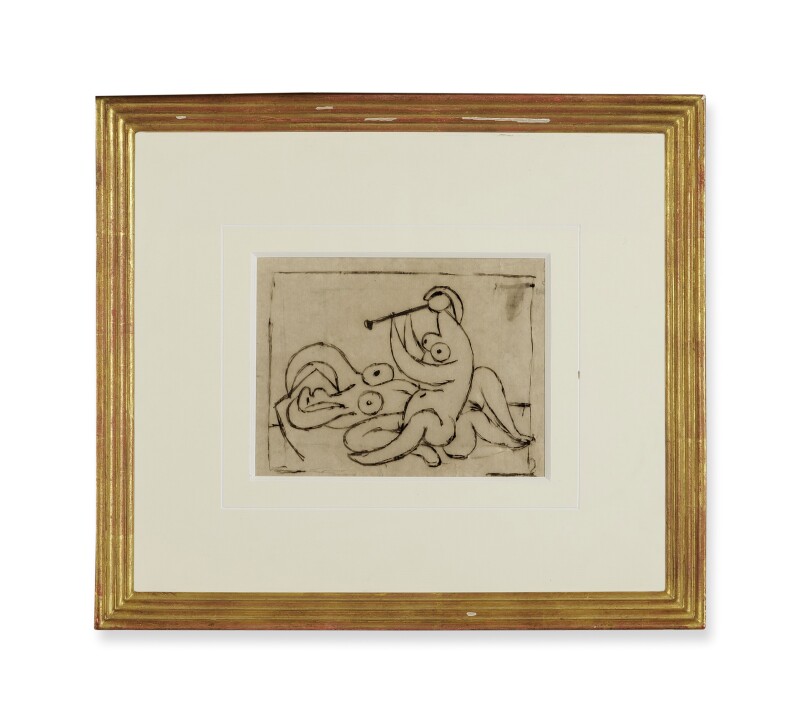 Collection Marina Picasso (acquired from the above and sold: Sotheby's, London, February 5, 2016, lot 608)

Executed in 1933, Flûtiste assise et dormeuse bears the hallmarks of Picasso's lyrical renderings of Marie-Thérèse Walter, his mistress throughout the early 1930s. The reclining dormeuse is directly related to the artist's sleeping portraits of the young French model, who was just 17 years old when the pair met in 1927. The curvature of her silhouette recalls Picasso's massive plaster sculptures inspired by her classical profile and strong athletic body, features that, for him, came to represent the personification of ripeness and fecundity.

In the early 1930s, the artist experimented with Surrealism, a movement whose proponents considered dreams to be a portal to the unconscious mind, a means through which to probe the depths of human nature. The flutist beside the sleeping woman further ties the composition to the bacchanals of antiquity, where, in Nietzschean terms, Dionysian sensuality and the liberation from Apollonian order allowed participants to connect to the essence of life. Picasso was very familiar with the German philosopher, having read much of his work, and the connection between dreams, the erotic, and the spirit Nietzsche espoused would continue to influence the artist throughout his career.