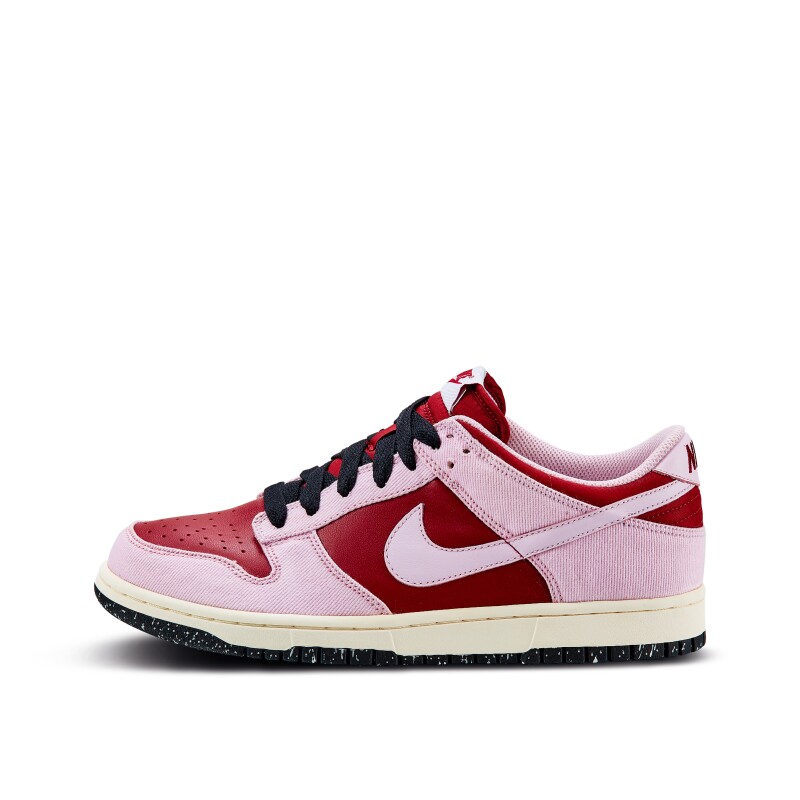 Manufactured in 2007, the Nike Dunk Low Women’s CL boasts a red leather upper with light pink corduroy overlays. The sneaker sits atop a white cushioned midsole with a contrasting black speckled outsole. The pair comes with white shoelaces in addition to black.