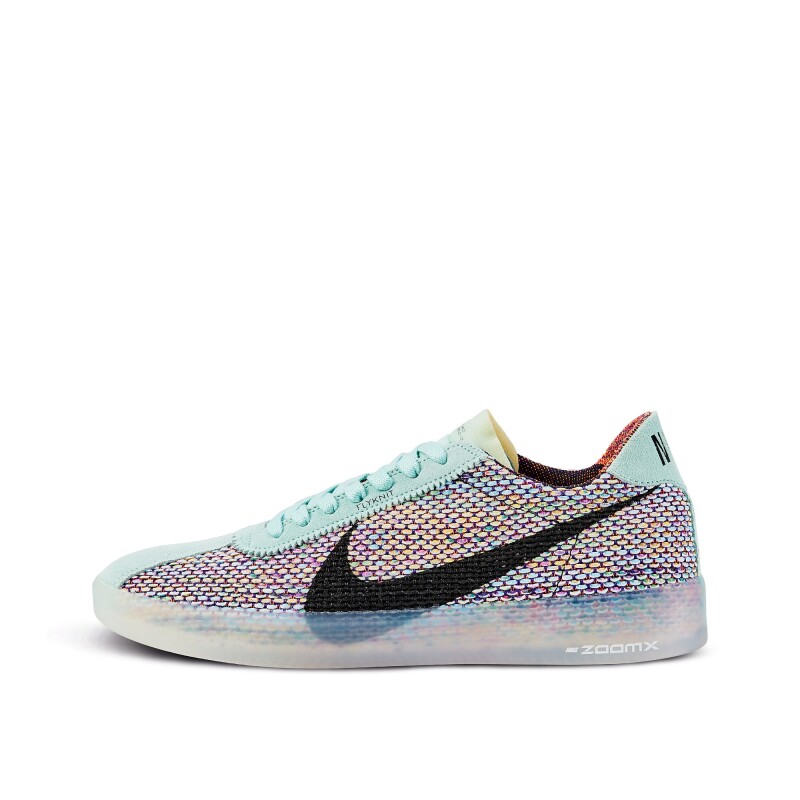 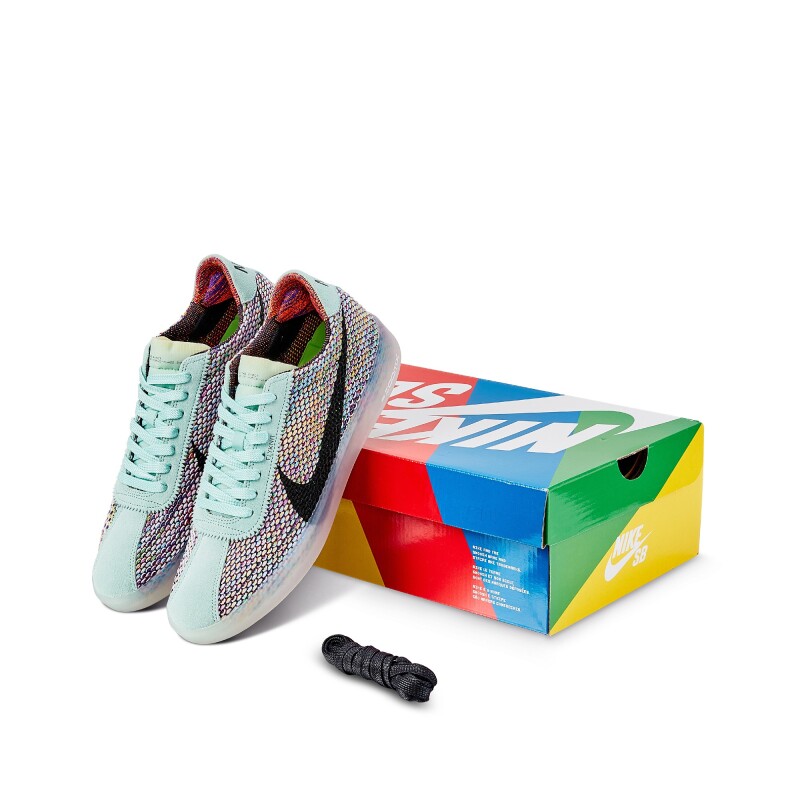 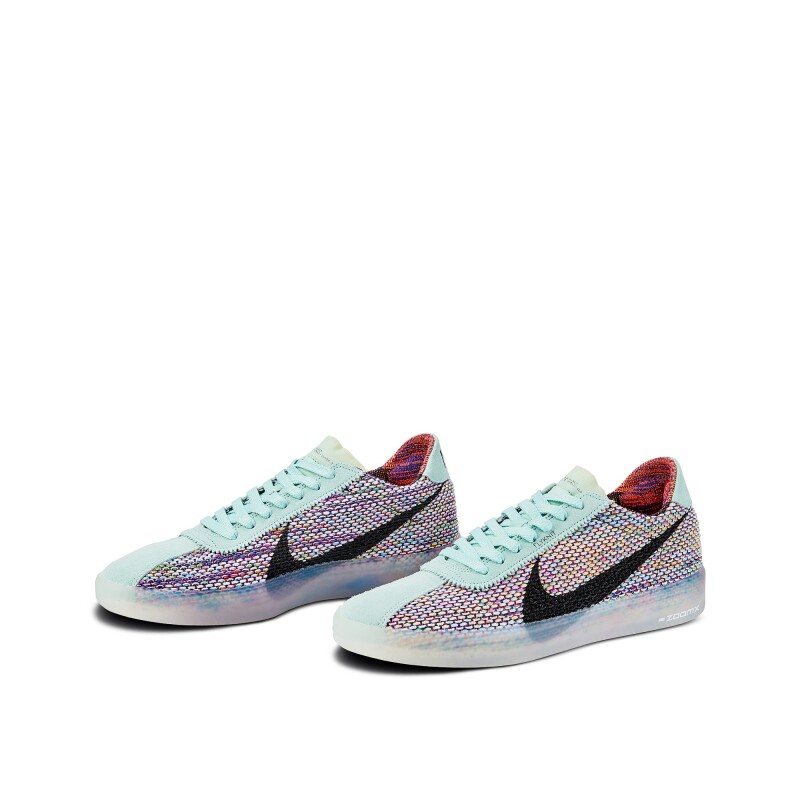 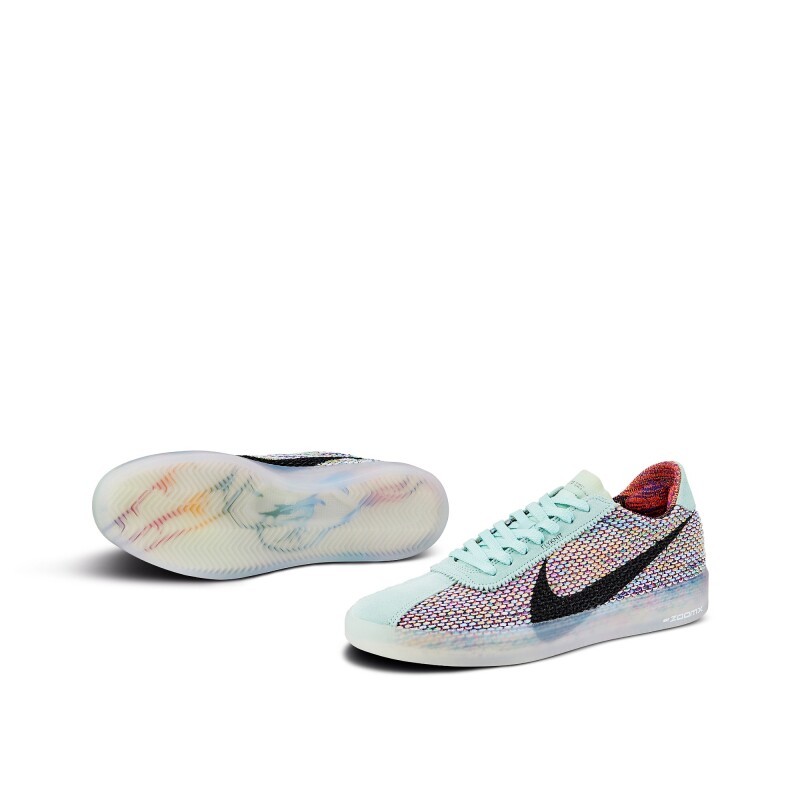 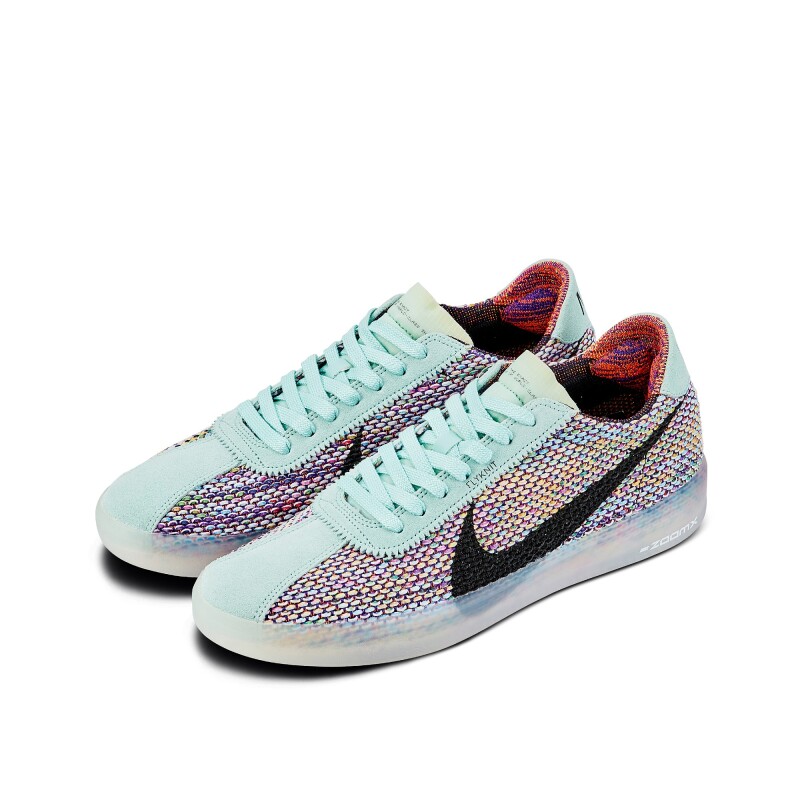 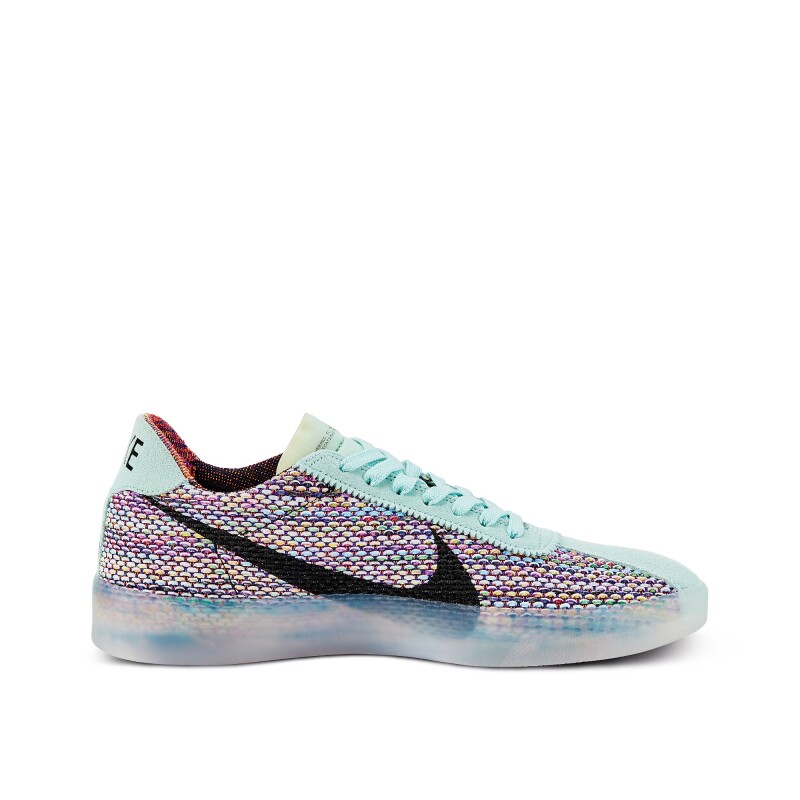 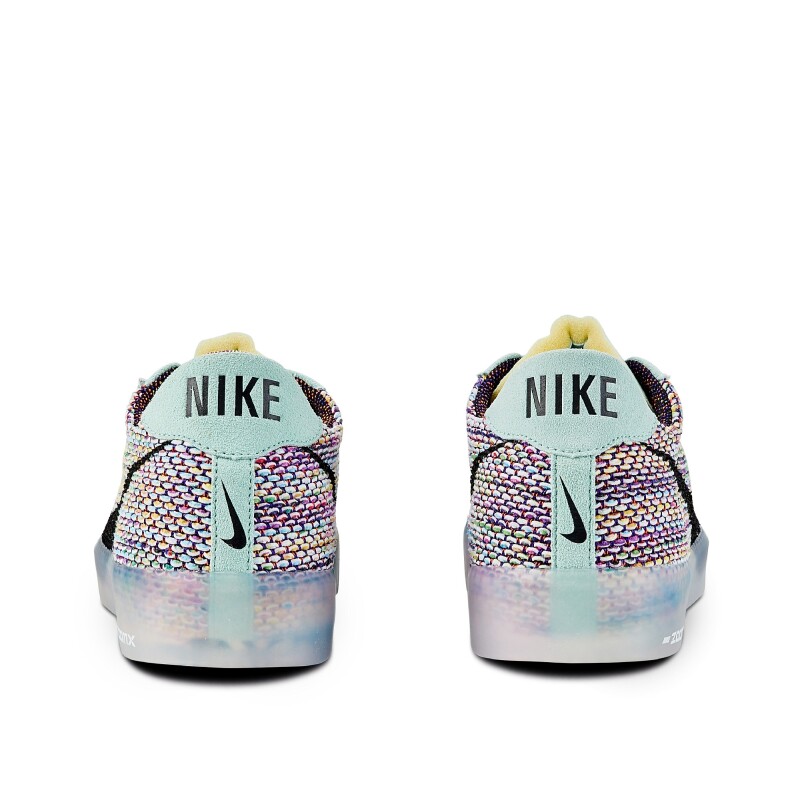 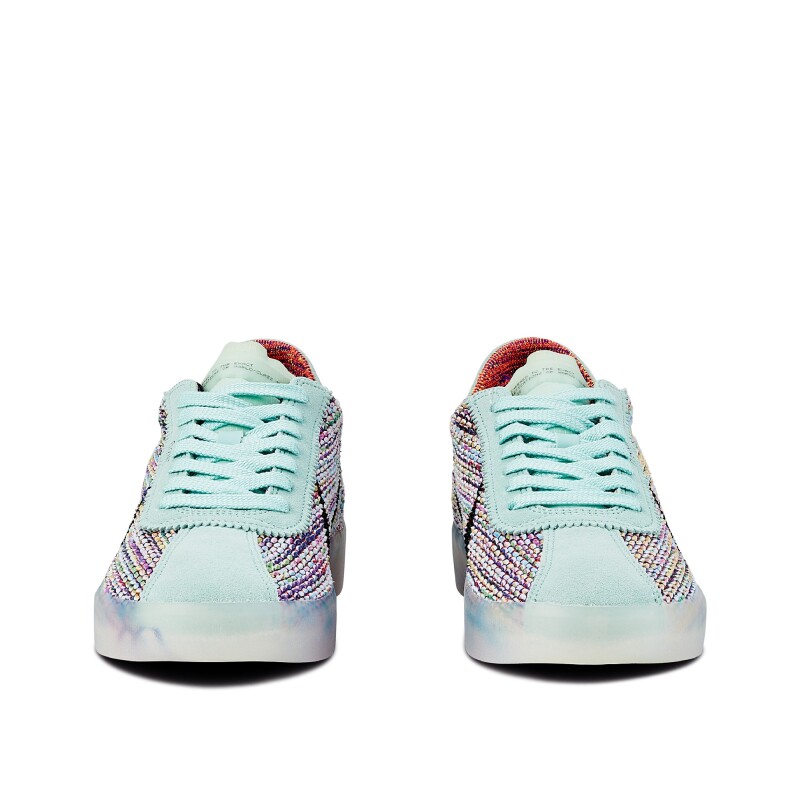 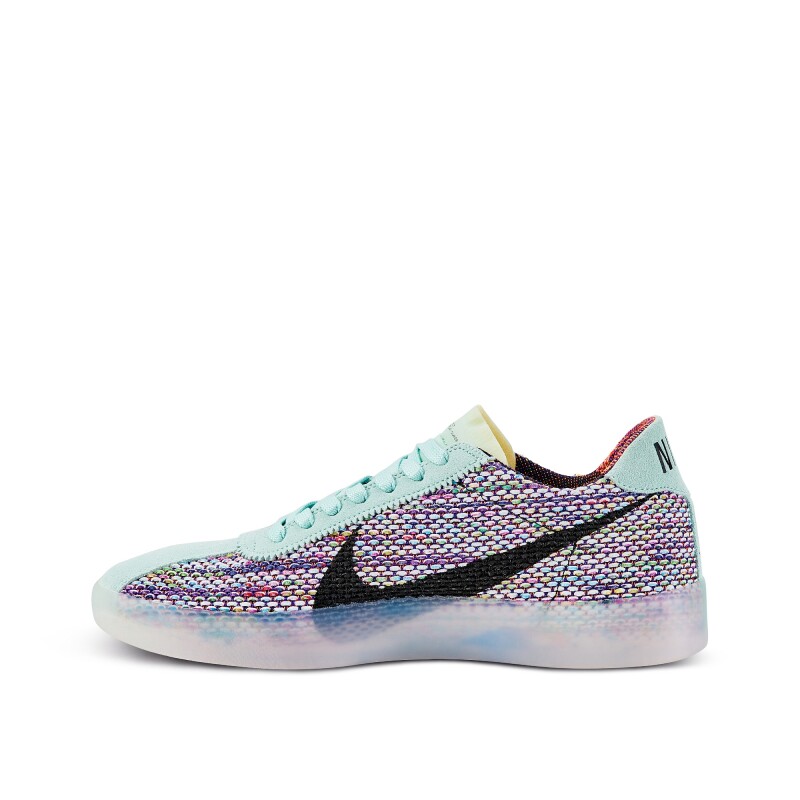 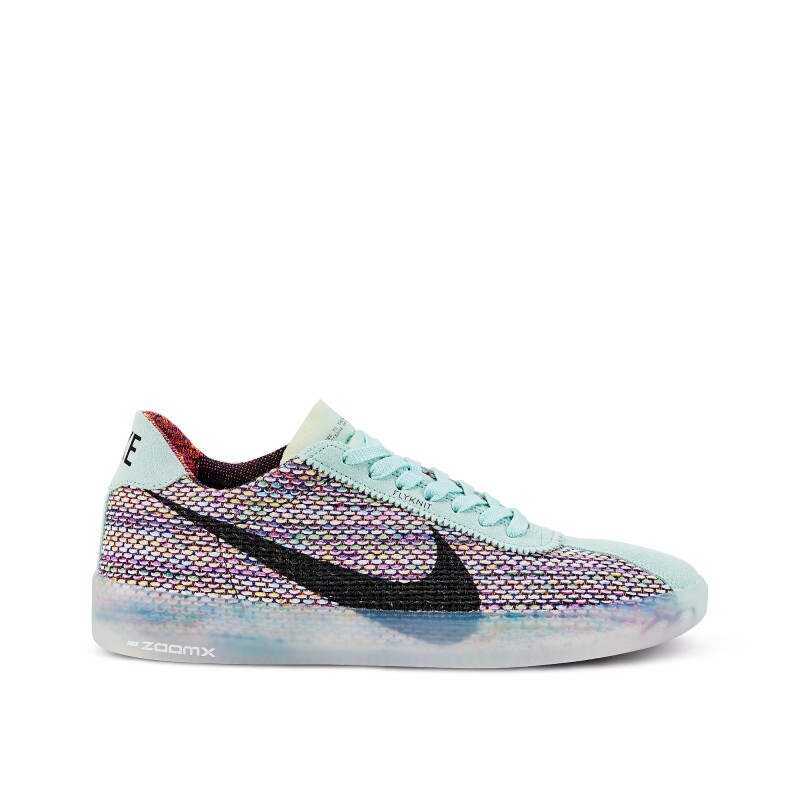 The Nike SB ZoomX Bruin “Sandy” was released in conjunction with the inaugural skateboarding competition held at the Tokyo Olympics in the Summer of 2021. The shoe gets its name from the late Sandy Bodecker, who started as a footwear tester in the '80s and climbed through the ranks of Nike to become one of their most important assets. Sandy was responsible for looking for new athletic avenues that Nike could be involved with, and he was responsible for the creation of the Nike SB (skateboarding) team. The formation of this team would create a domino effect that would be responsible for recognizing skaters as top athletes across the globe. Although Sandy was an avid runner who didn't skateboard, he garnered the respect of skateboarding professionals through his innovative thinking and willingness to explore the unknown.

This silhouette pays homage to Sandy as a runner and his impact on Nike Skateboarding by updating the 1972 Nike Bruin for skateboard use. The upper is constructed of Flyknit woven fabrics and has hues to mimic the colors found in “Blue Sky Dreamer” by Mark Smith; the painted portrait of Sandy still hangs in The Bodecker Foundation space in Portland, Oregon. Other notable details include the teal midsole, eyestay and tongue with an additional note that reads “engineered to the exact specifications of world-class skateboarders” across it. This shoe had a limited release exclusively in Tokyo, and it is rumored that there were only 80 pairs in circulation.