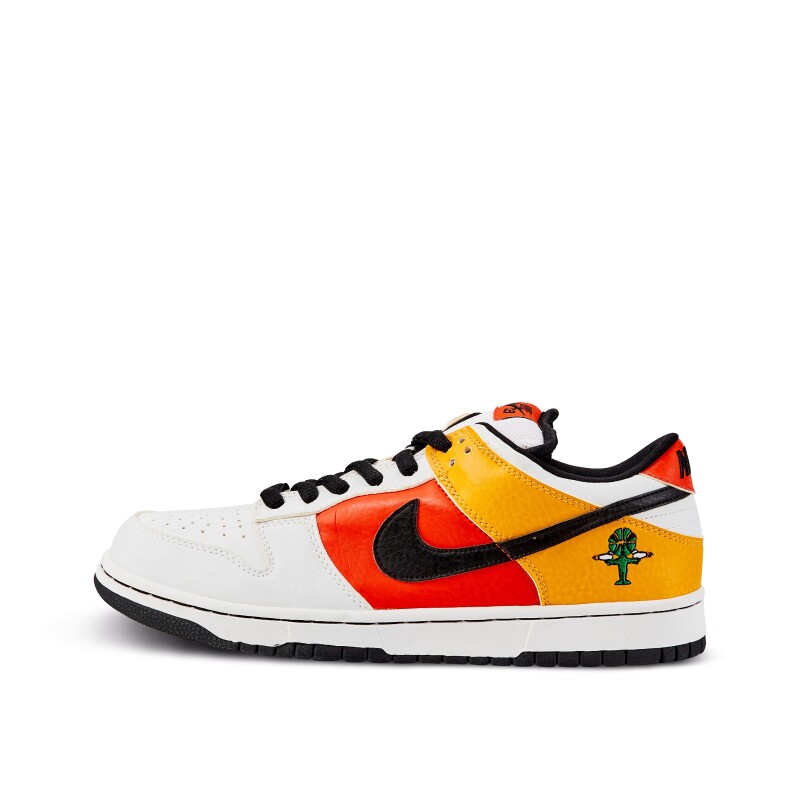 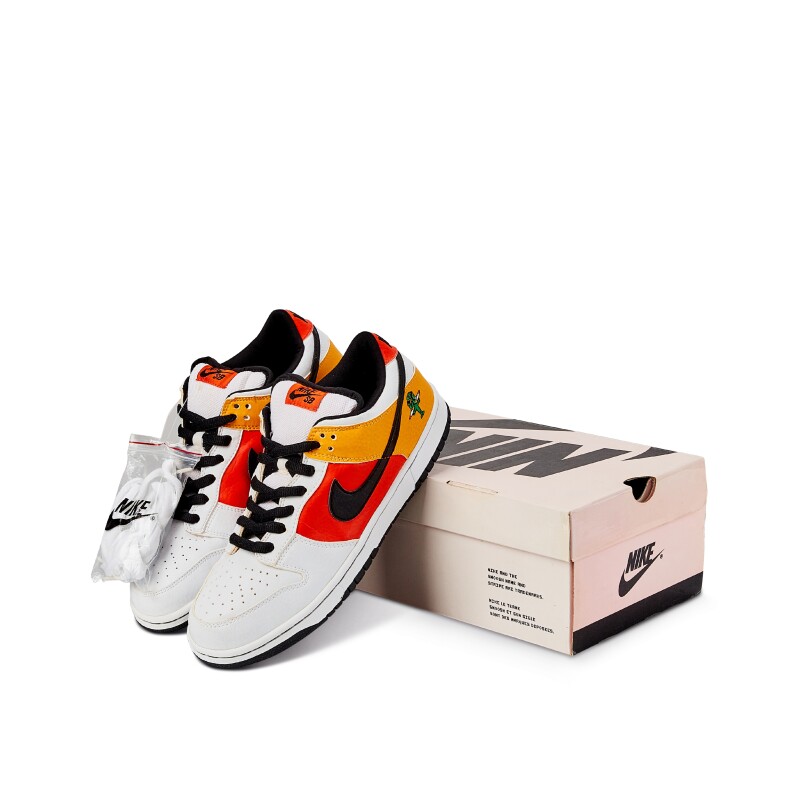 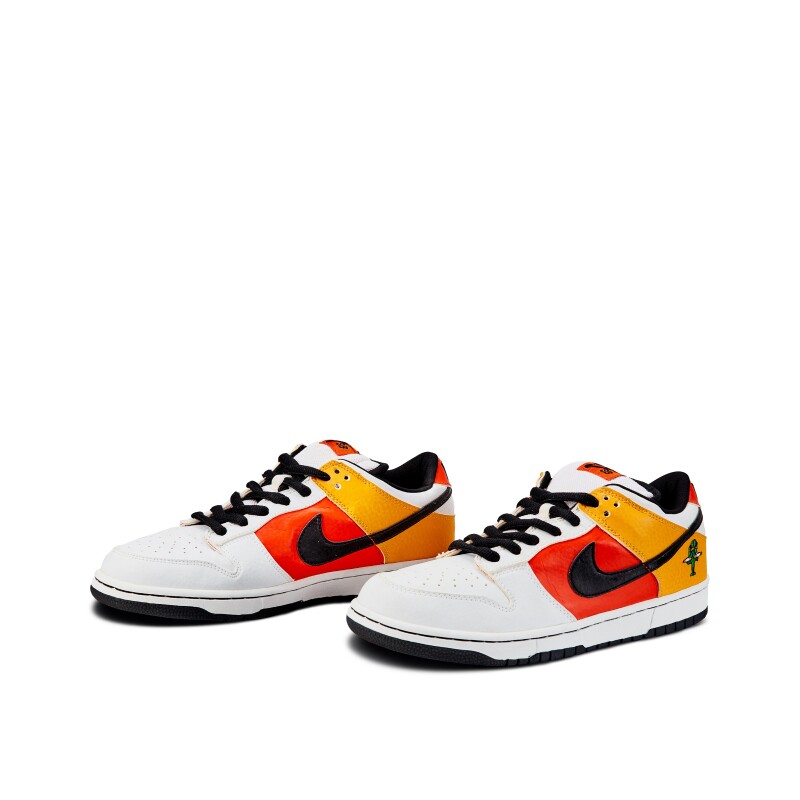 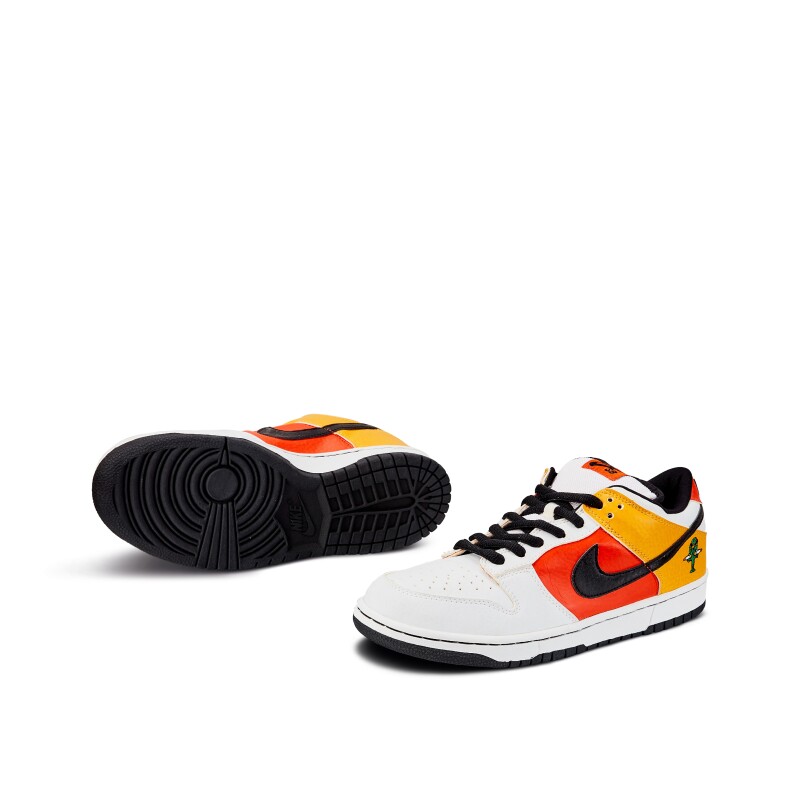 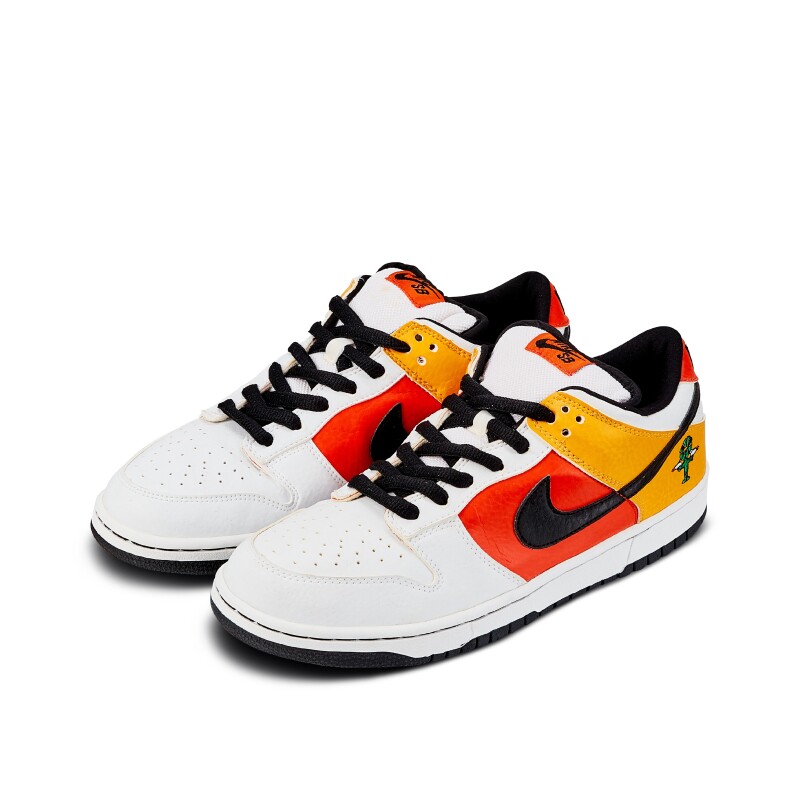 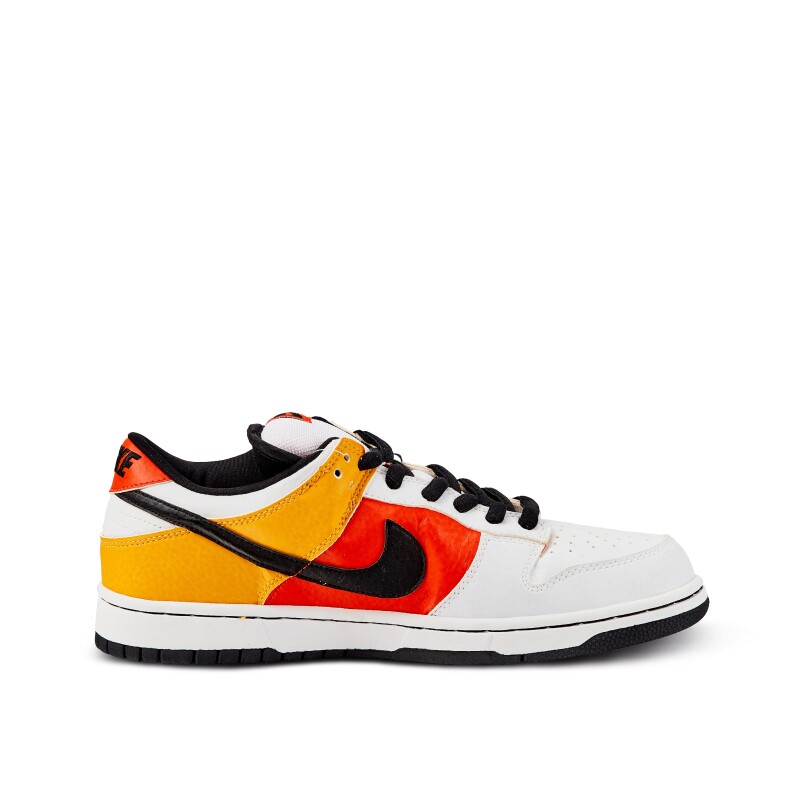 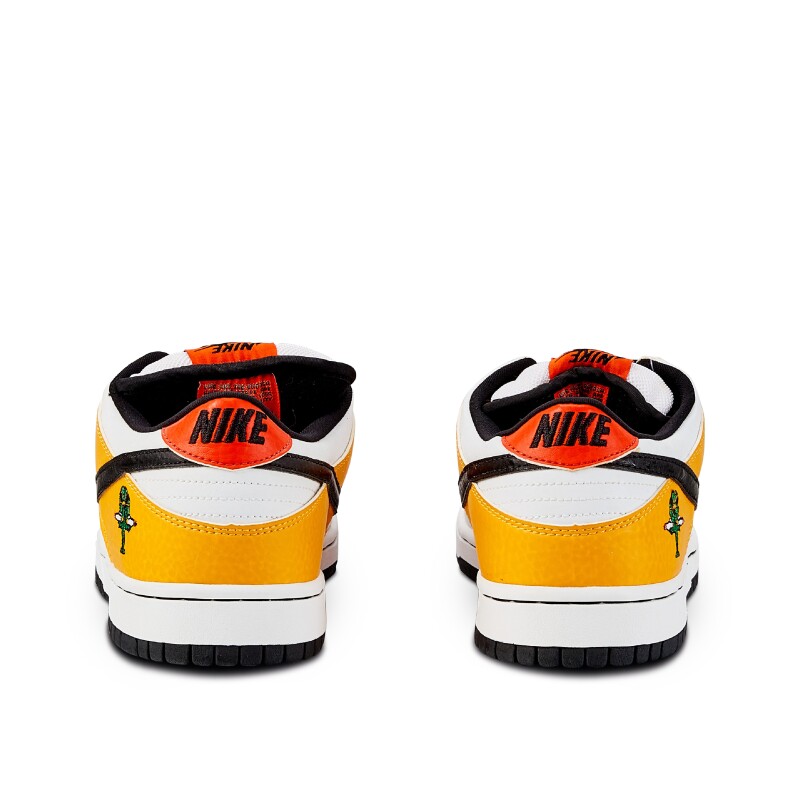 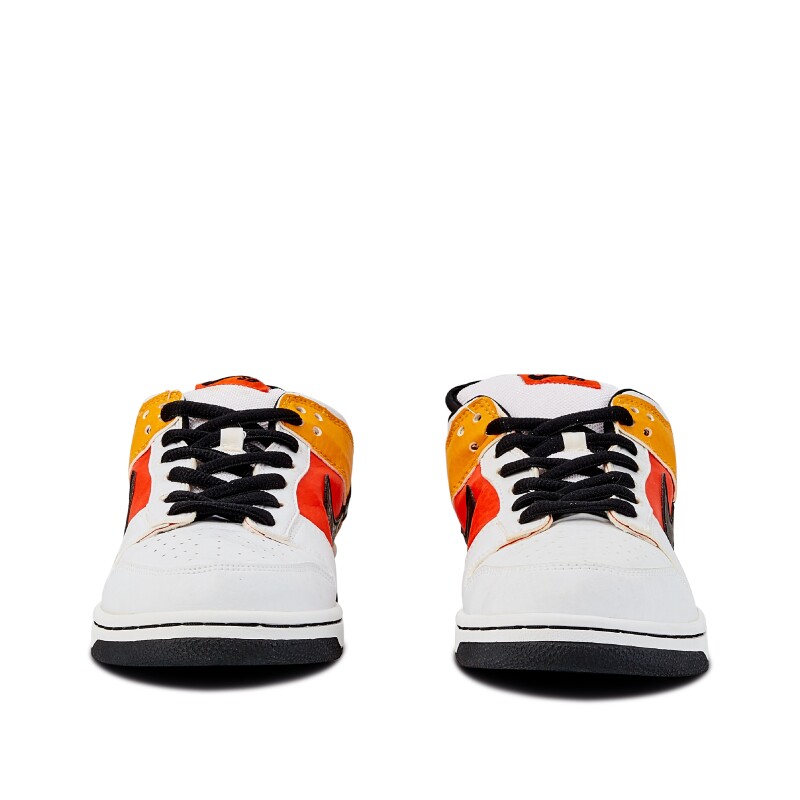 As one half of the Nike SB Dunk "Raygun" collection, this shoe draws inspiration from Nike’s fictional ABA team, the Roswell Rayguns.

Originally from a 2002 Nike ad campaign, the Roswell Rayguns featured Baron Davis, Paul Pierce, Vince Carter, Jerry Stackhouse and Jermaine O’Neal. The ad’s clever combination of vintage post-production, new Nike technology and a compelling backstory birthed one of the most memorable advertising campaigns of the 2000s. Nike paired the ads with a Roswell Rayguns website, through which consumers could purchase official Rayguns merchandise.

In 2005, Nike SB decided to revisit the story and release two SB Dunk colorways: a Home and an Away style. The collection marked the first appearance of the Nike SB logo on the tongue.

The Nike SB Dunk "Raygun Home" has a predominantly white overlay with red and yellow accents, echoing the Home jersey of the Rayguns. Most notable is the laser-gun wielding mascot embroidered onto the lateral heels; the same alien figure can also be found on the left lateral heel of the "What The Dunk," a testament to the iconic character. As a favorite of Sandy Bodecker, father of Nike SB, this theme has been revisited multiple times, and the Raygun legacy lives on both at Nike and with its fans.