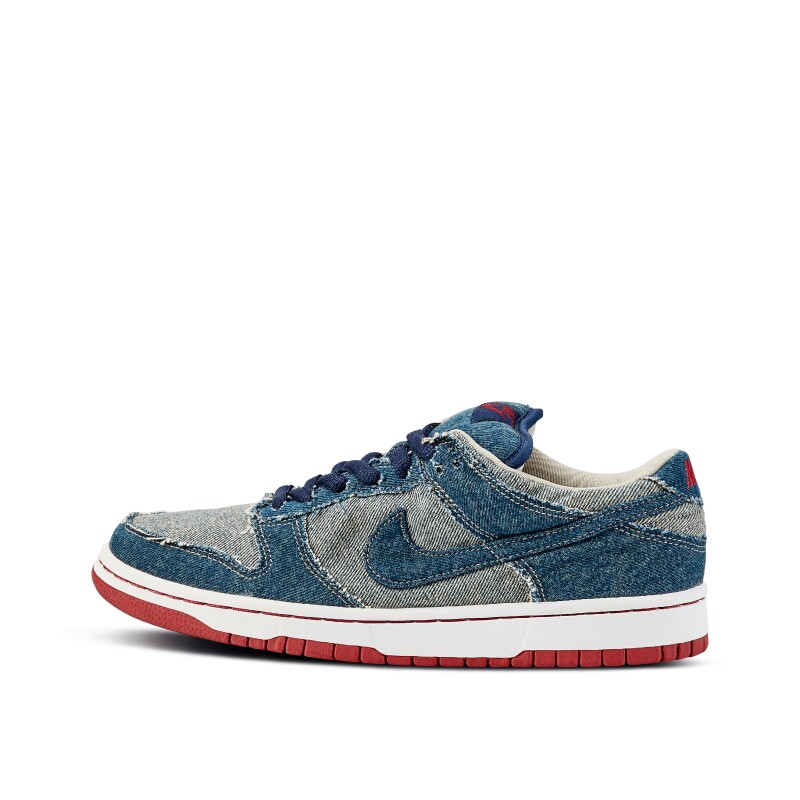 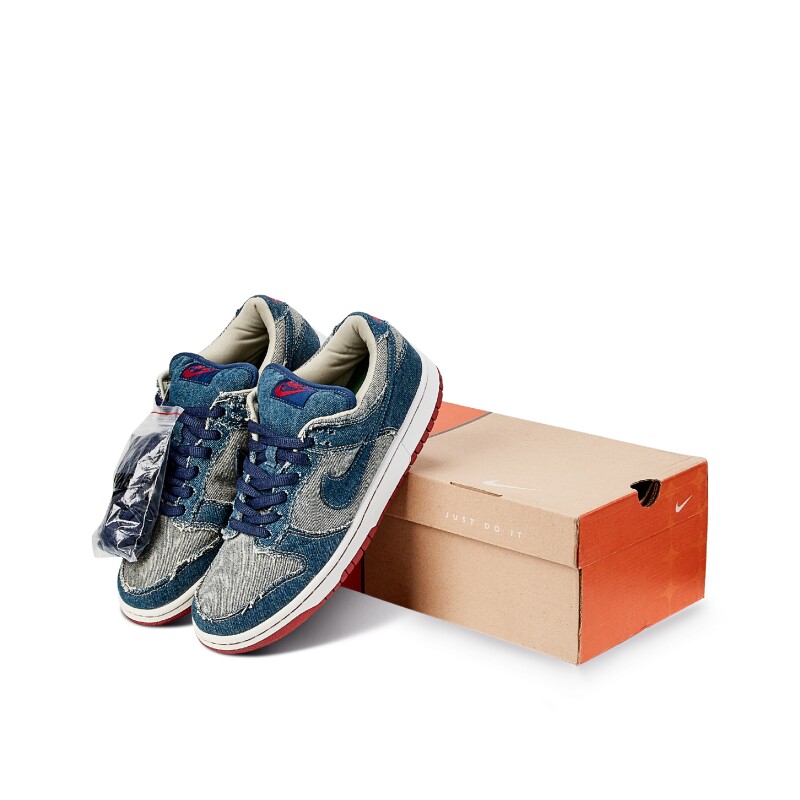 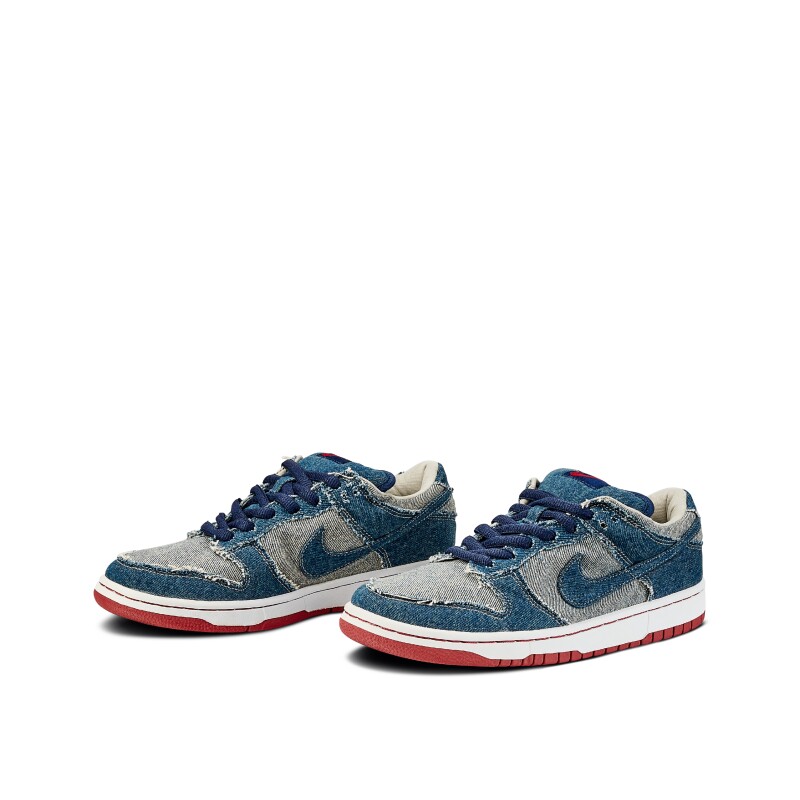 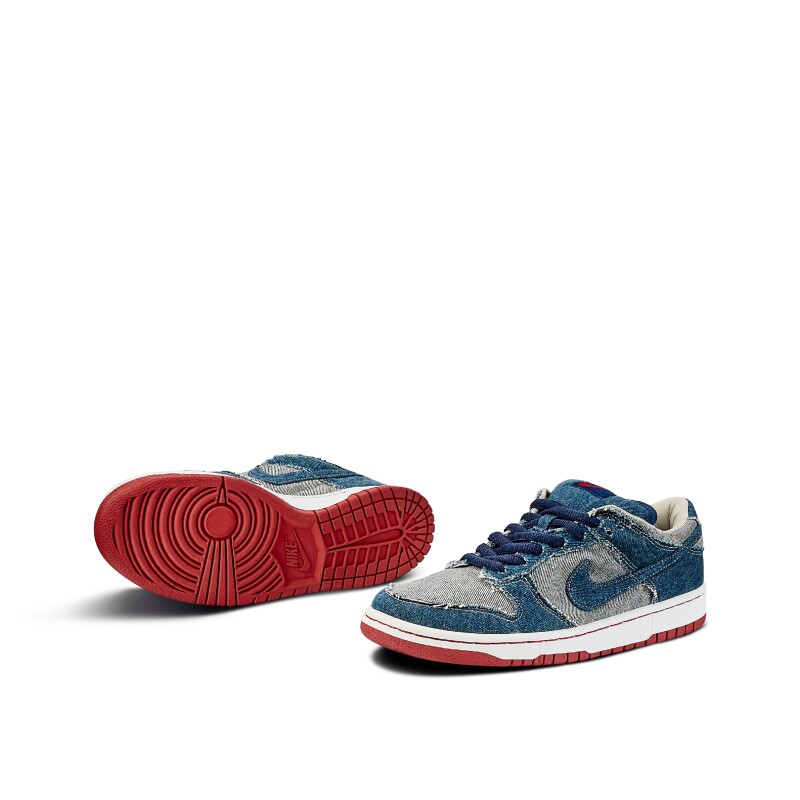 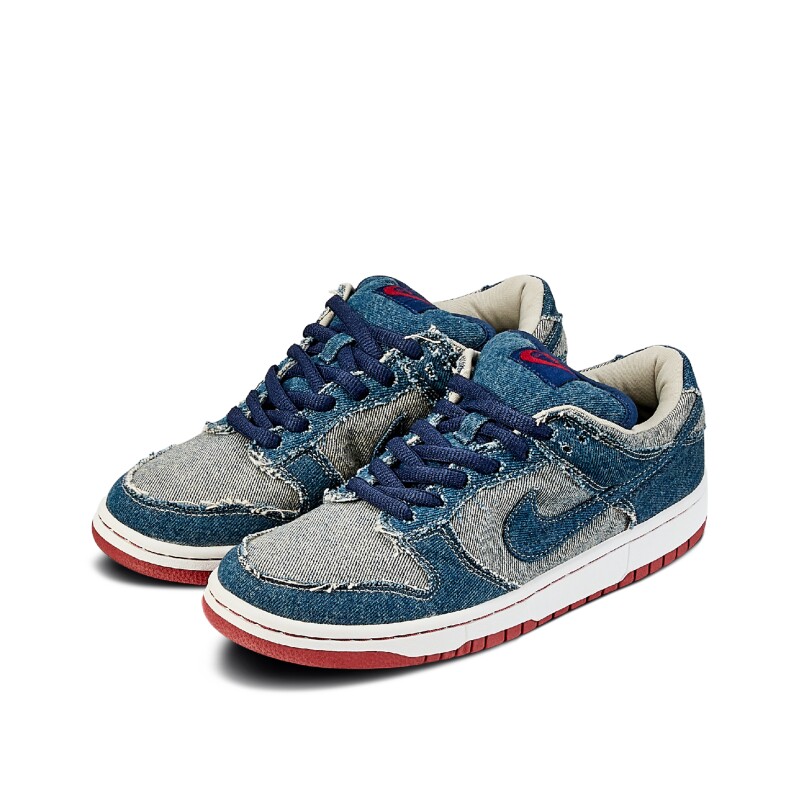 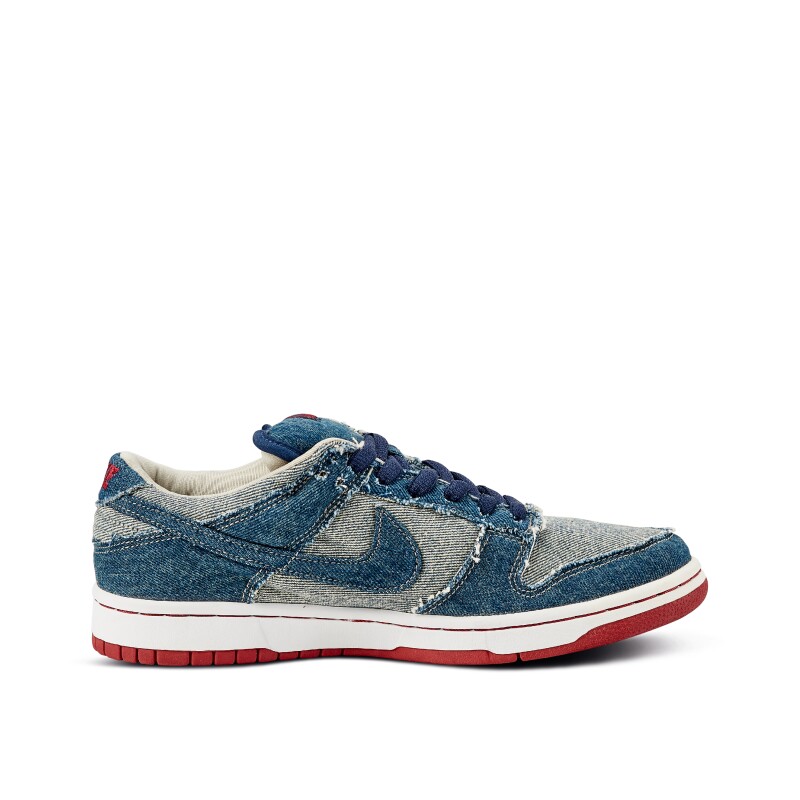 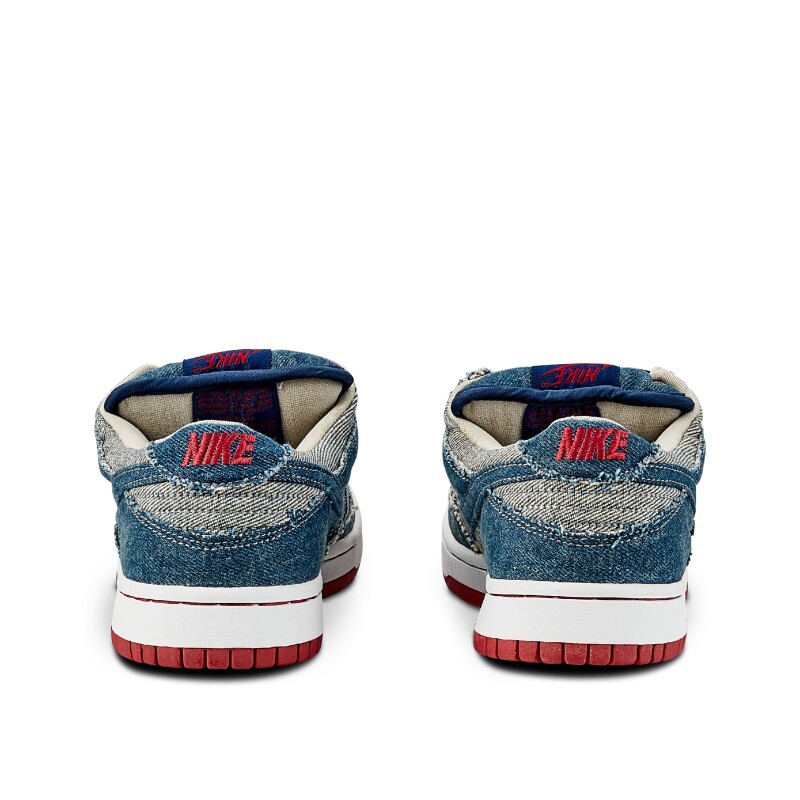 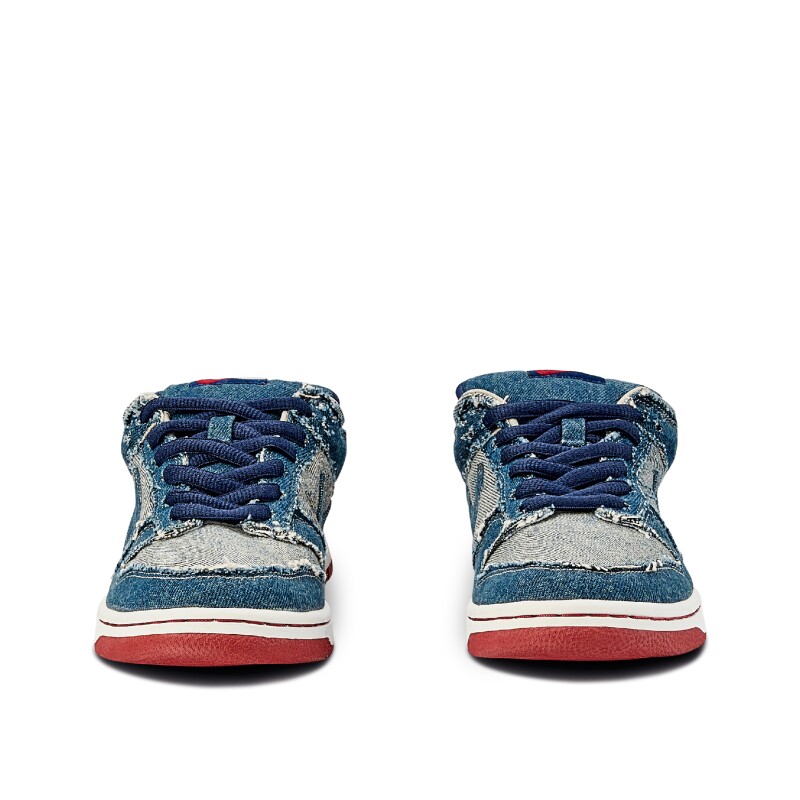 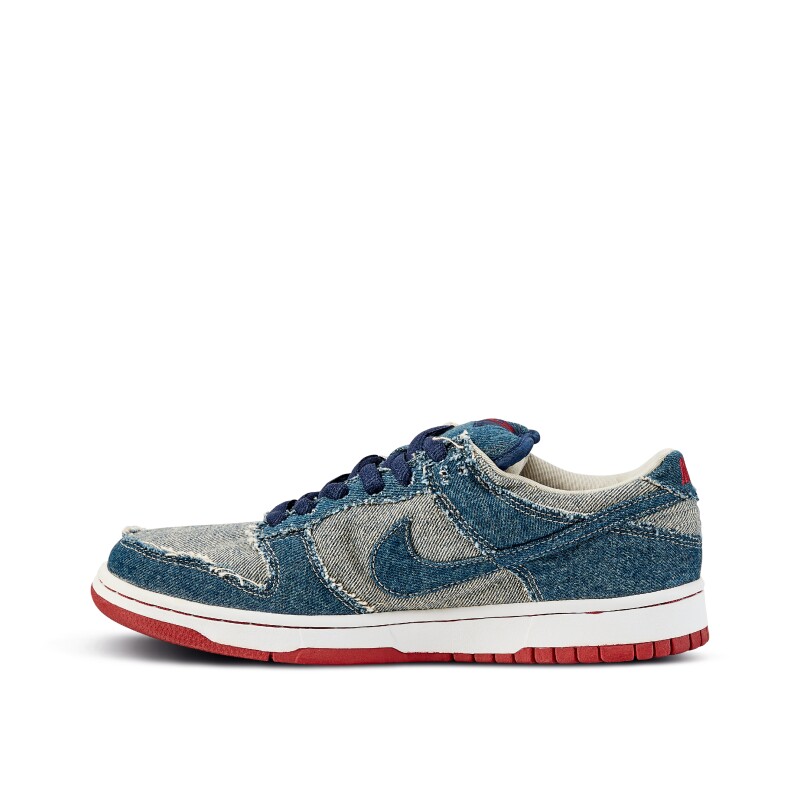 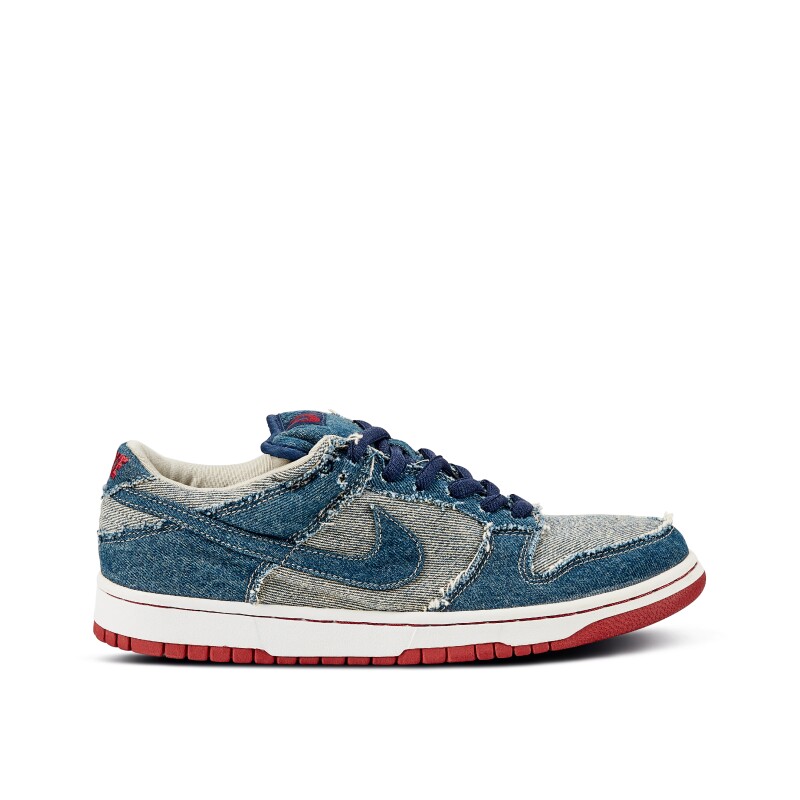 Considered one of the most sought-after pairs from its era, the Nike SB Dunk Low Pro Reese Forbes "Denim" was Reese Forbes’ second-ever Nike SB created. It was designed in partnership with skateboarder Natas Kaupas and features two shades of indigo denim with frayed detailing throughout. The design sits atop a contrasting red outsole, which is meant to channel the Americana aesthetic. As one of the most iconic pairs of the SB Dunk collection, it has served as inspiration not only for the SB Dunk High of 2017, but also for countless other pairs which introduced frayed denims on their uppers.