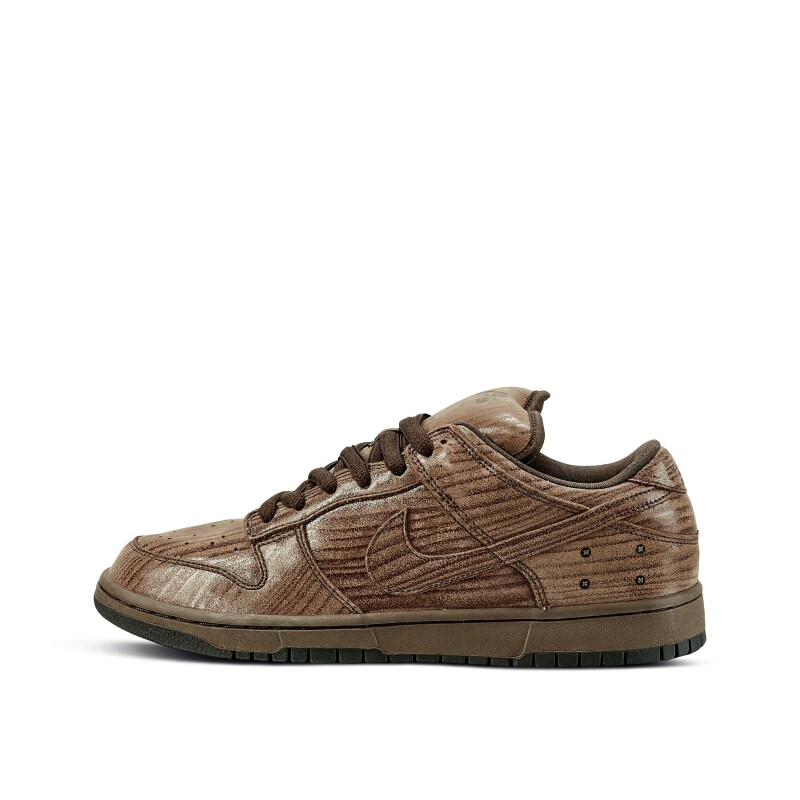 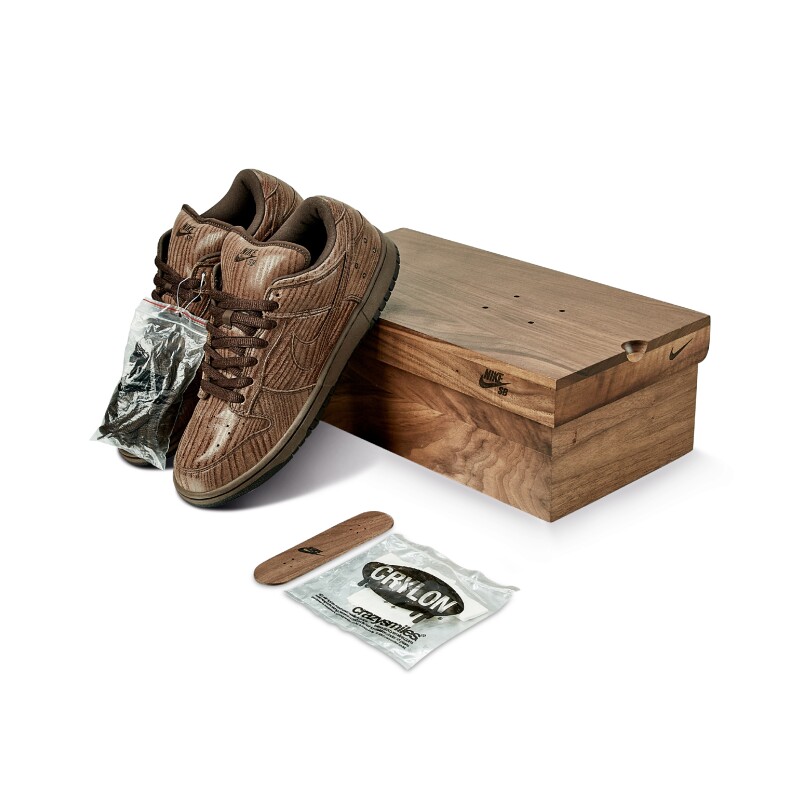 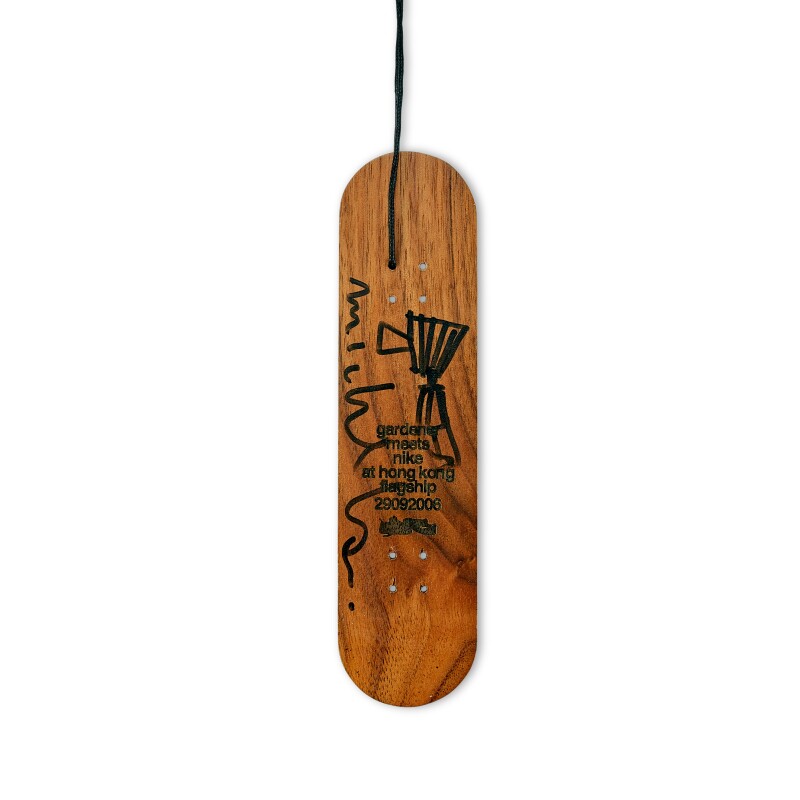 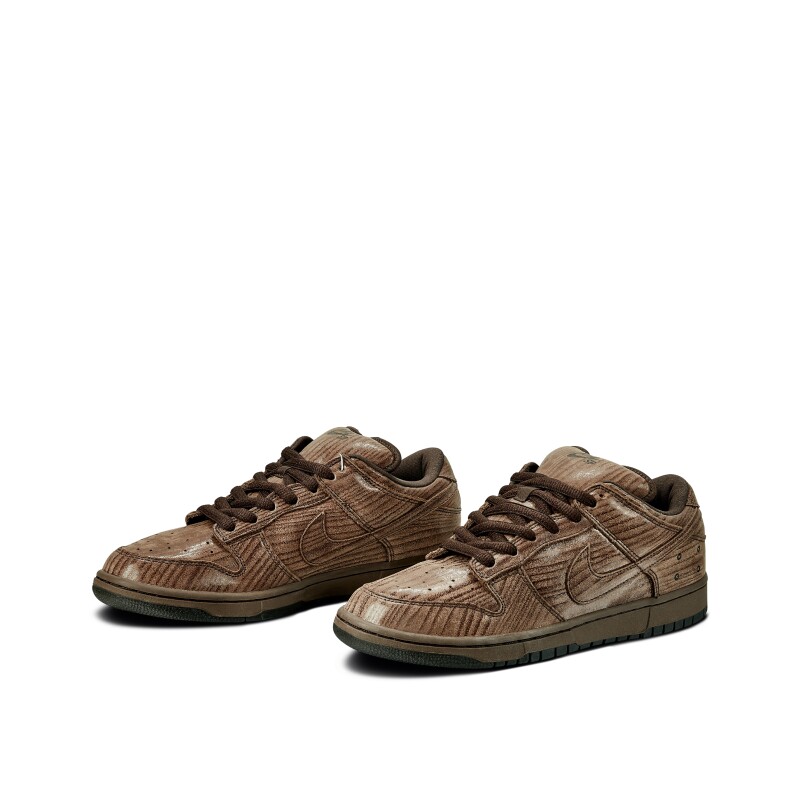 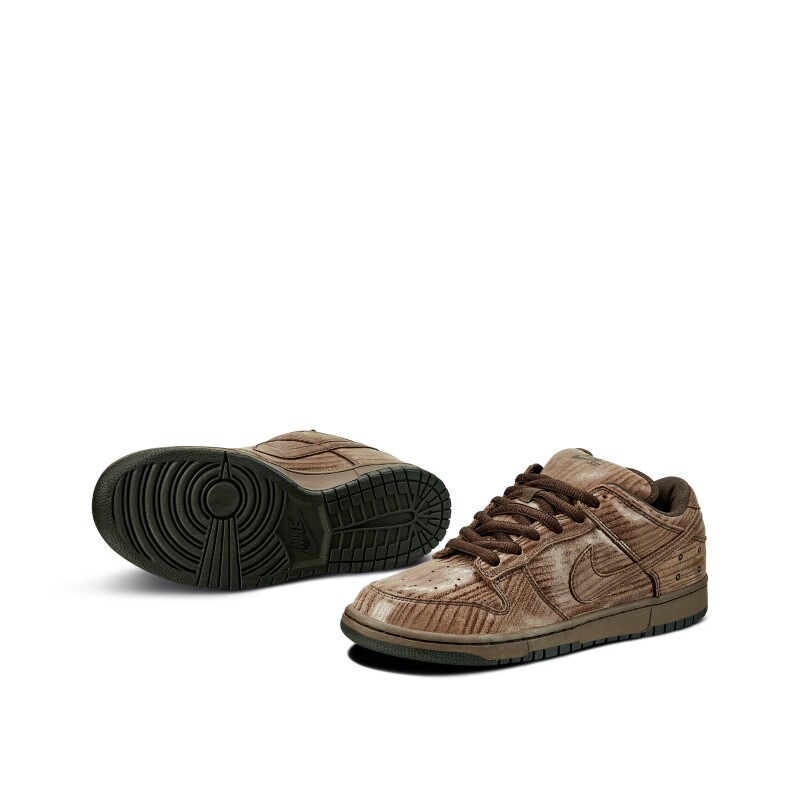 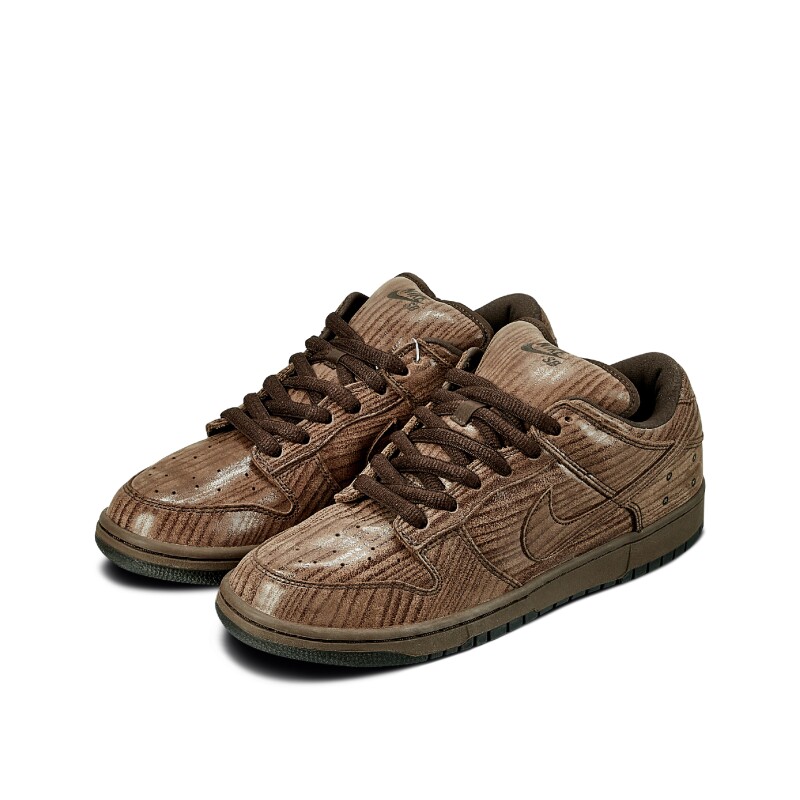 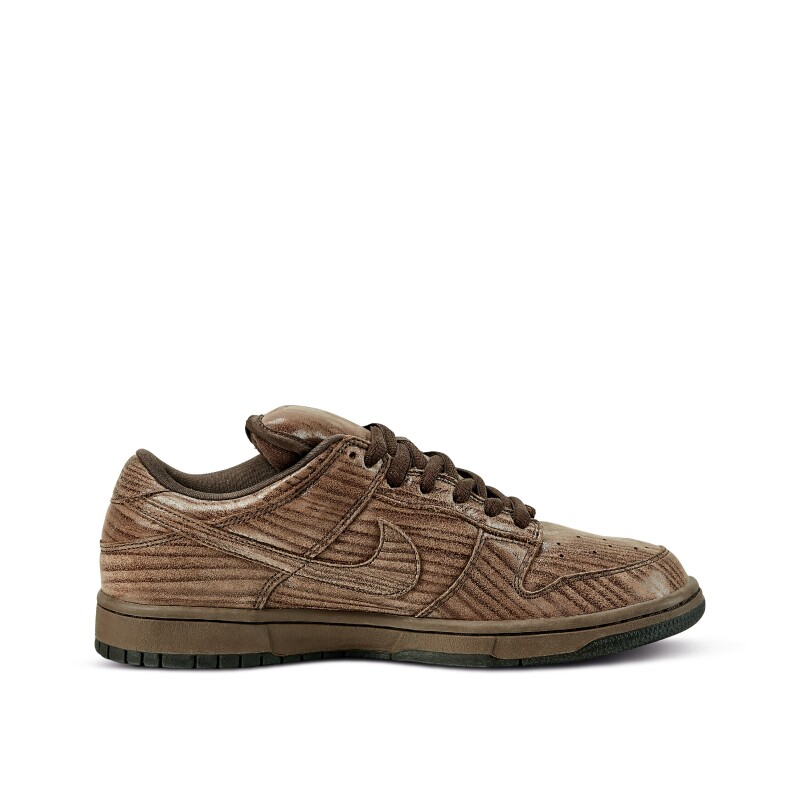 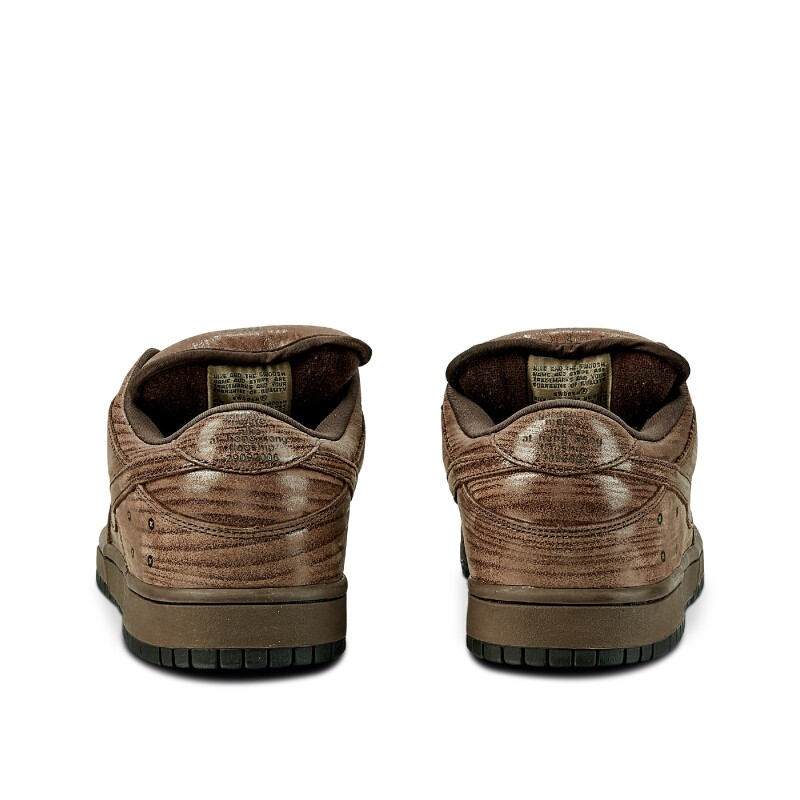 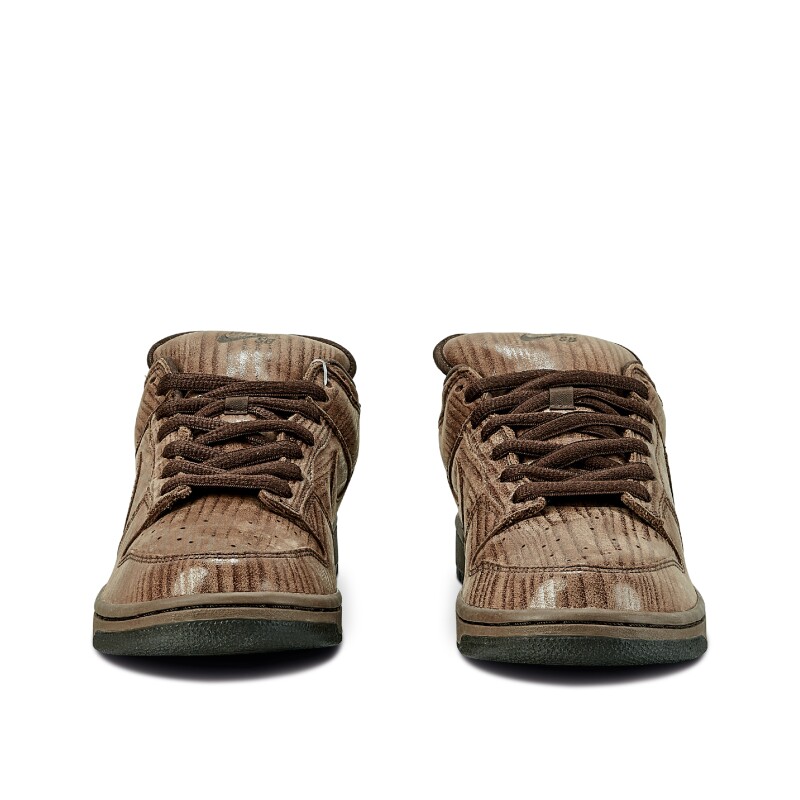 Michael Lau, known as the “godfather of designer toys,” is an important figure in the worldwide collectibles scene. Originating from Hong Kong, Lau’s fame is largely due to his talents in illustration and toy design. His work has had a significant influence on toy manufacturers, street culture, as well as other artists and musicians. Lau held his first solo painting exhibition at the Pao Galleries of the Hong Kong Arts Centre in 1993.

This model, released in 2006 in a very limited production run, is based on Lau’s skateboarding comic strip, “Gardener.” The sneakers pay homage to “Gardener” through the dark brown wood-like printed upper and the four “drill holes” on the ankles, representative of the holes found on a deck.

These sneakers come in a beautifully finished walnut wood box, with an extra set of laces, a signed mini wooden skate deck hangtag and t-shirt accessory.

This pair is accompanied by a letter from James Spence Authentication in regards to the signature on the hangtag.

Sneakers older than 10 years of age may damage quickly with wear.