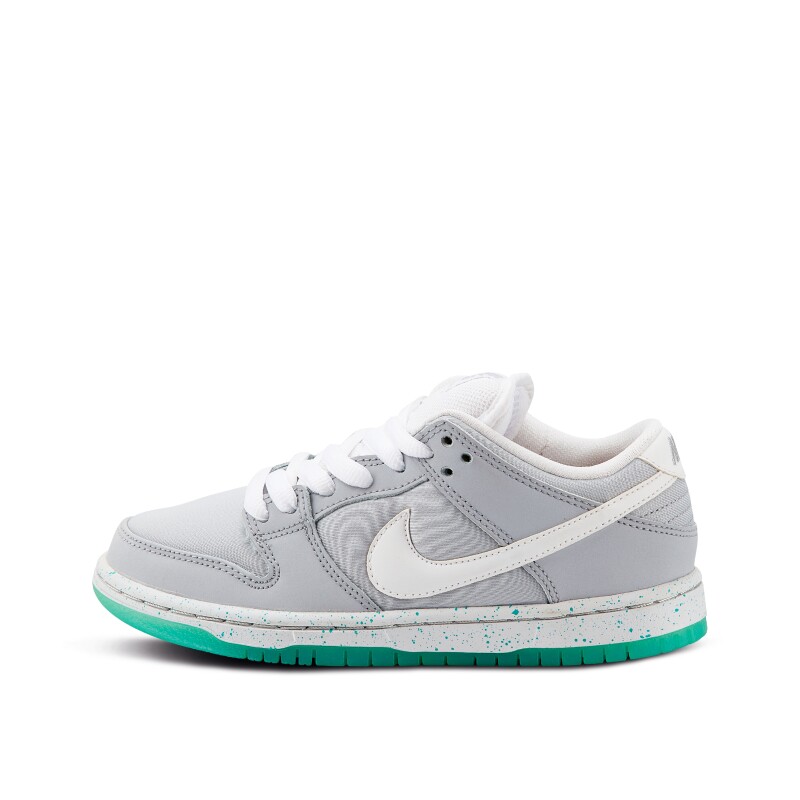 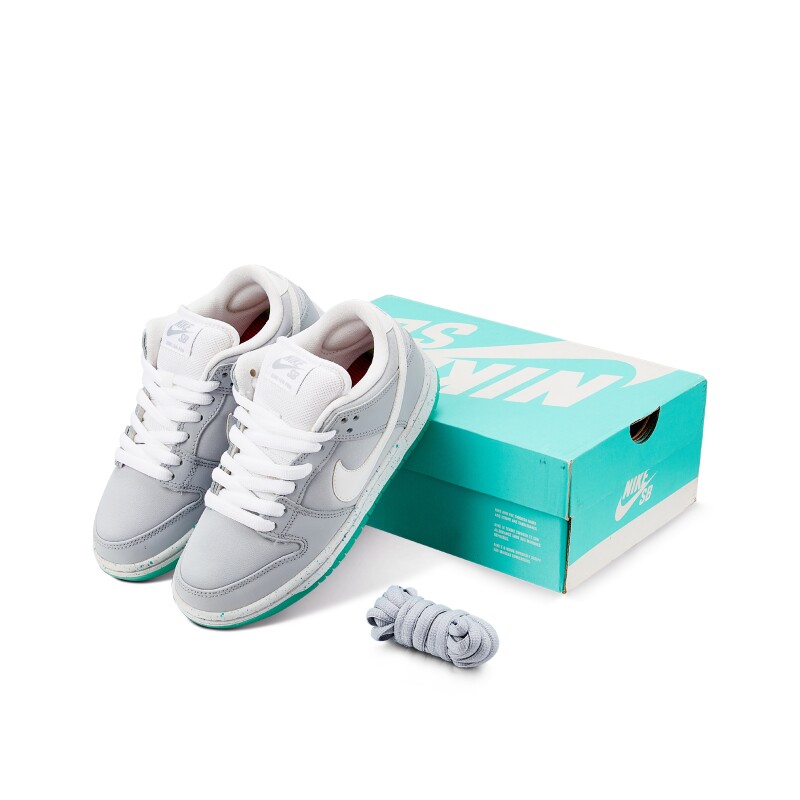 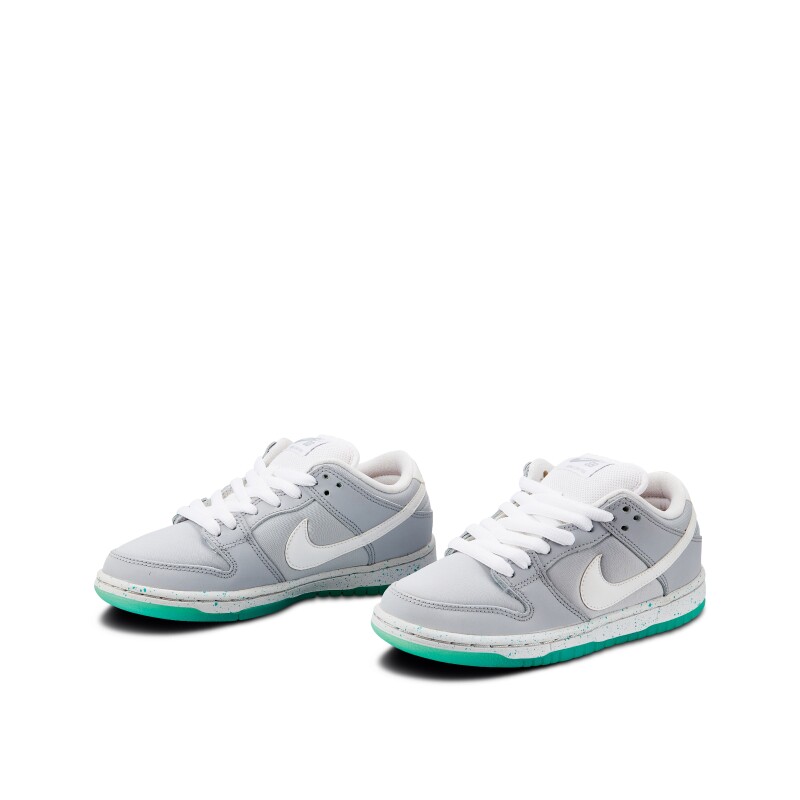 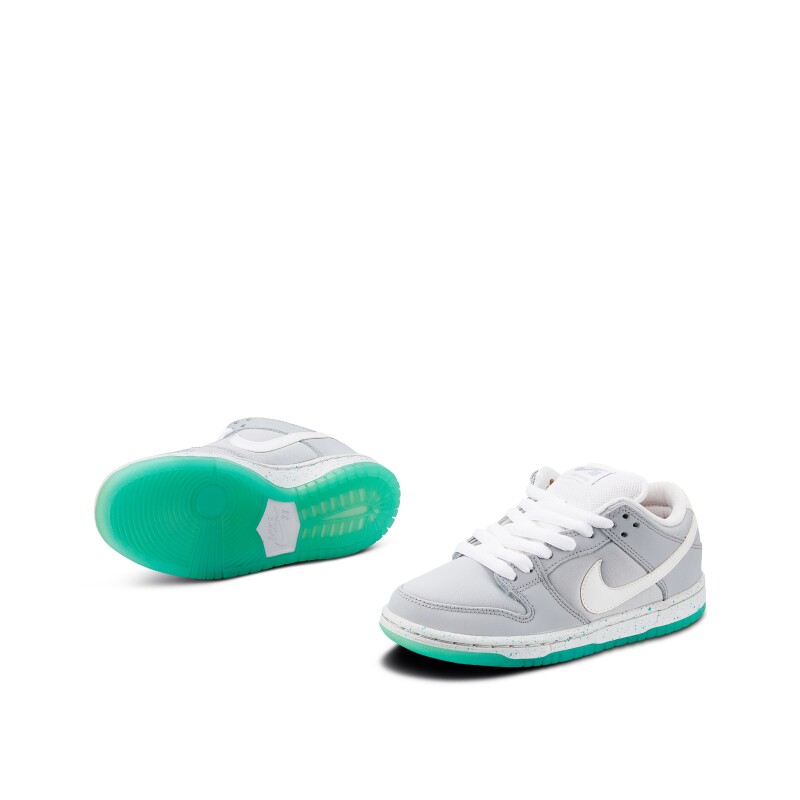 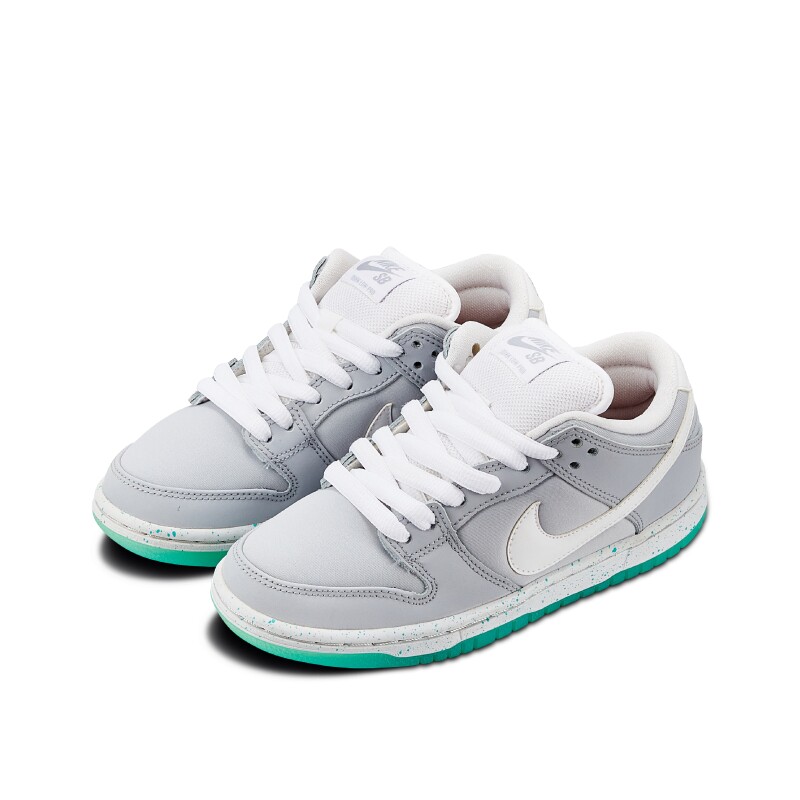 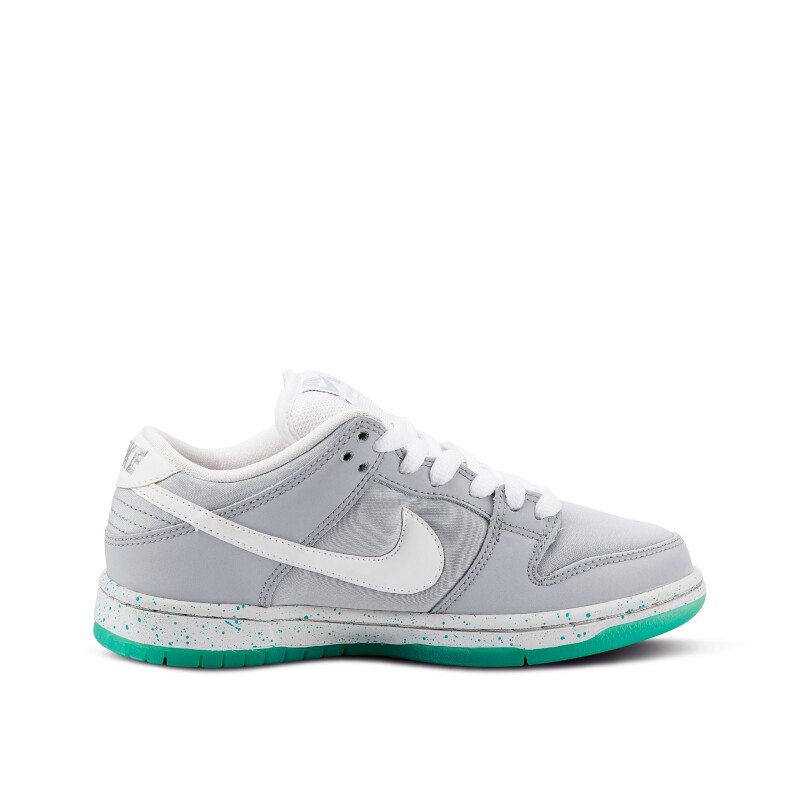 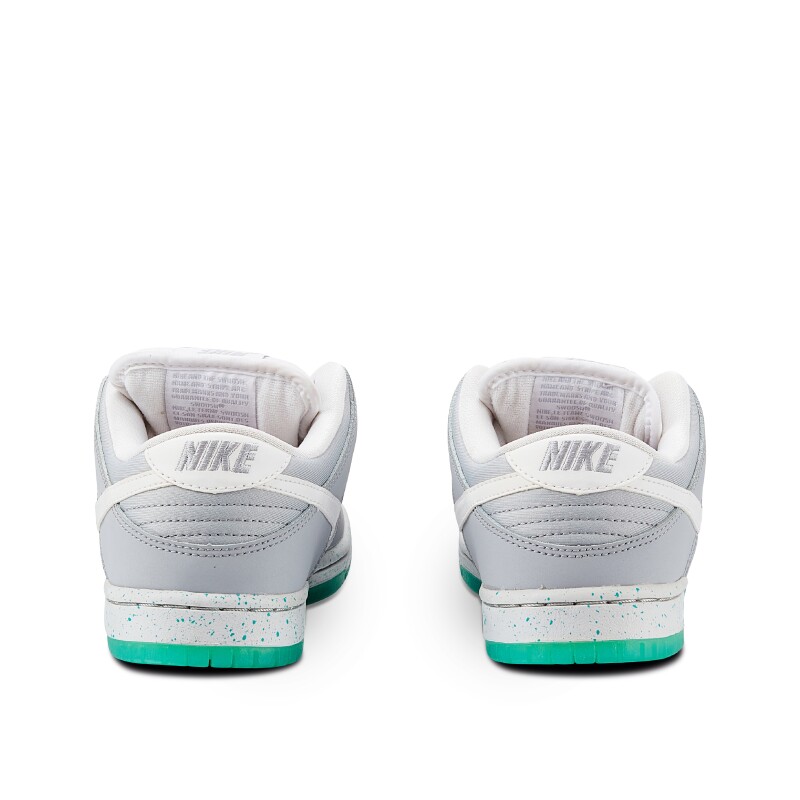 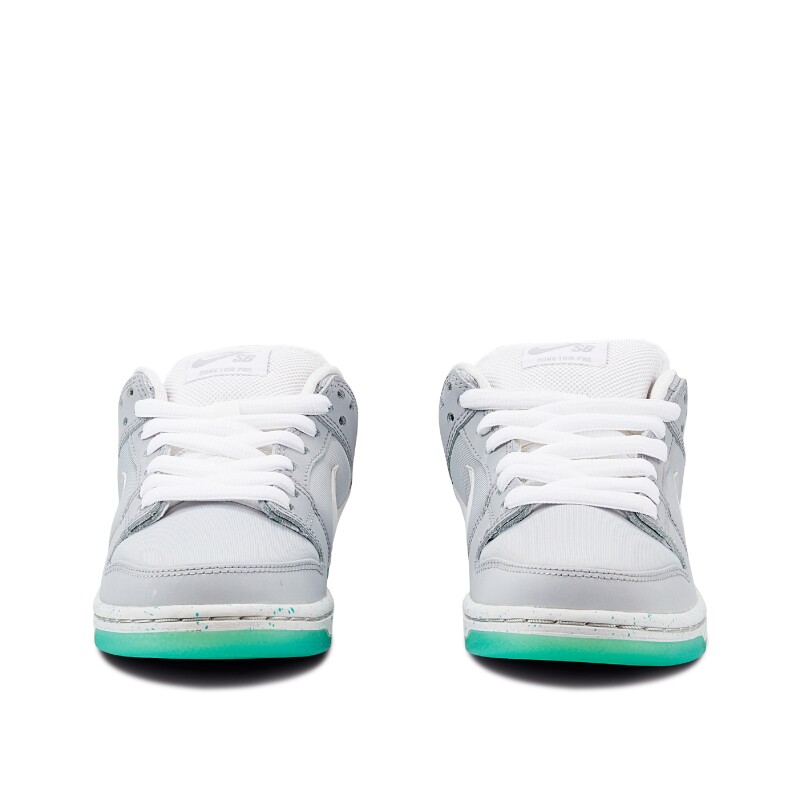 While sneakerheads patiently waited for the highly anticipated re-release of the Nike MAG – the sneaker made famous by the Back to the Future franchise – in 2016, Nike released a pair of SB Dunks that paid homage to protagonist Marty McFly’s footwear. This SB Dunk Low comes in a familiar wolf grey upper with a white Swoosh. Speckled white midsoles sit atop a translucent outsole, echoing Nike MAG design details. Additionally, the insoles feature designs inspired by Marty McFly’s famous pink Mattel hoverboard.