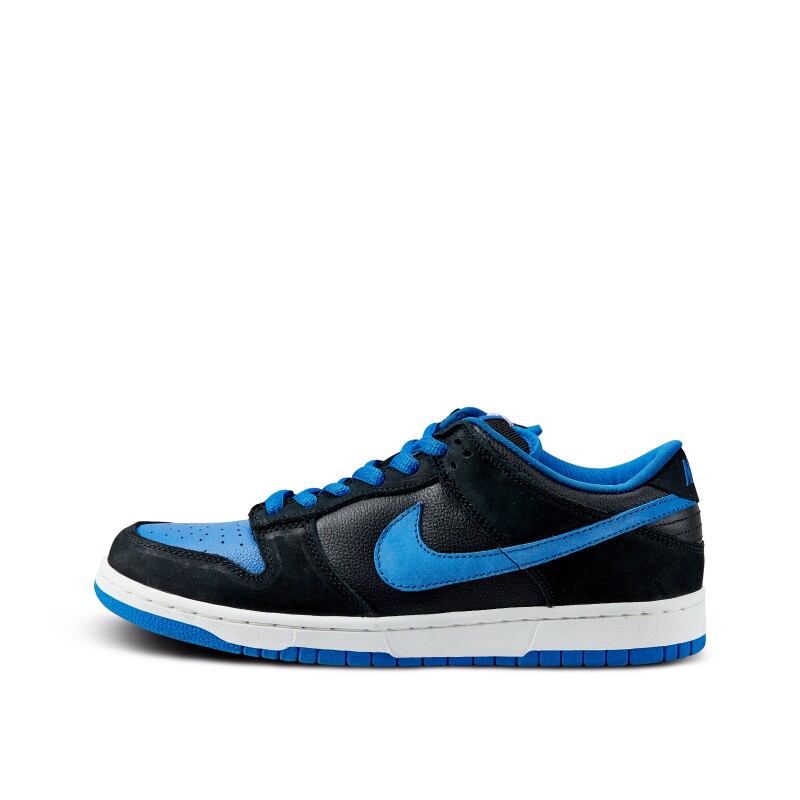 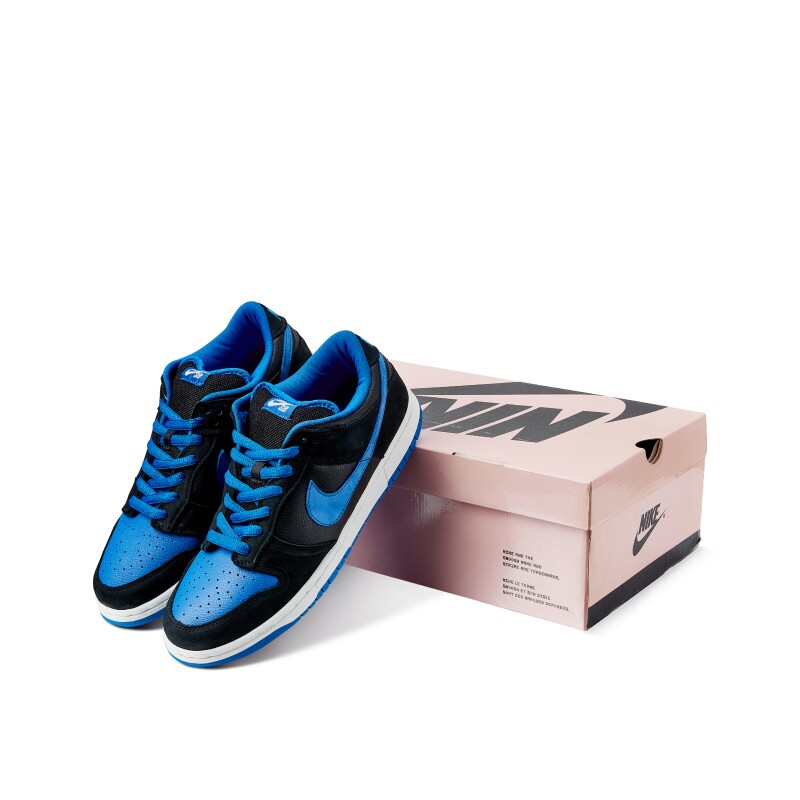 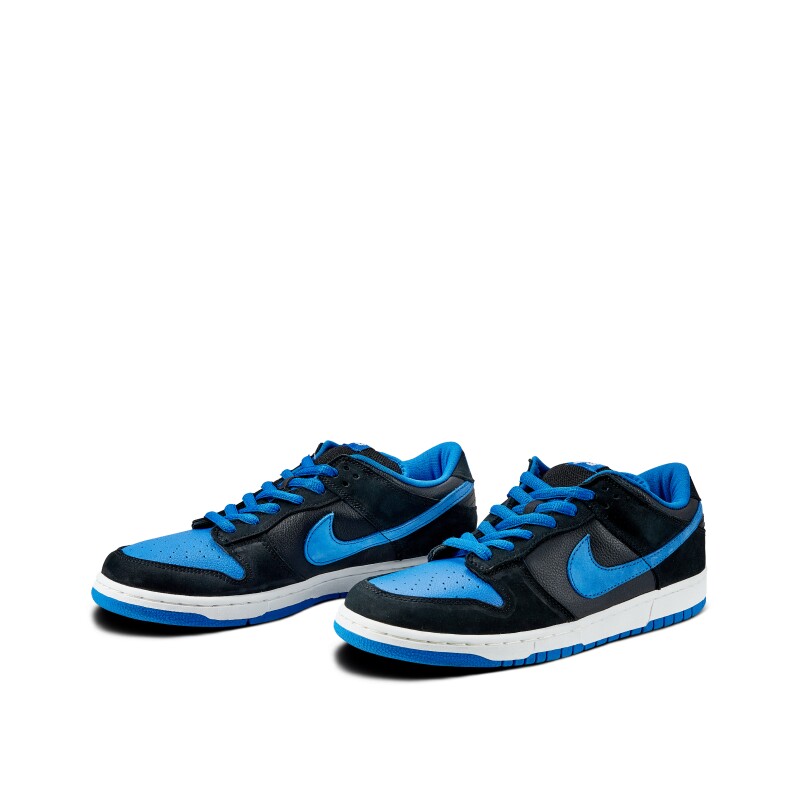 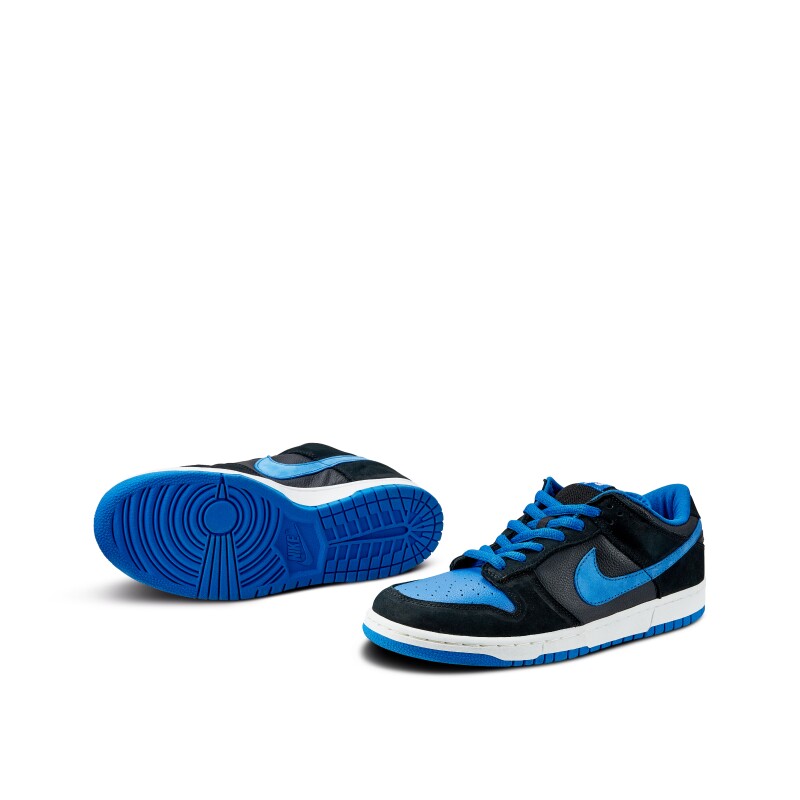 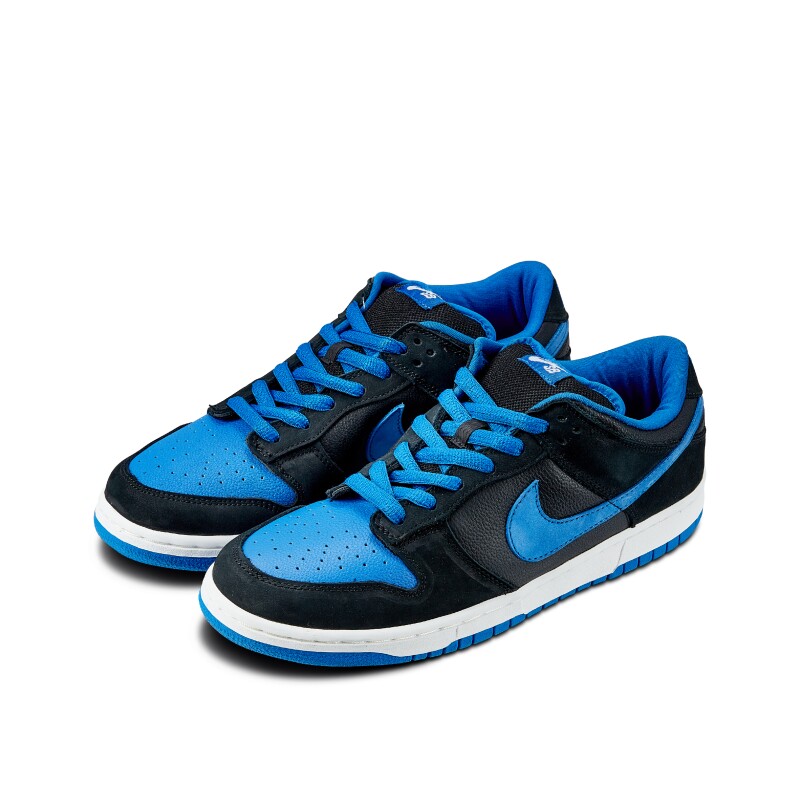 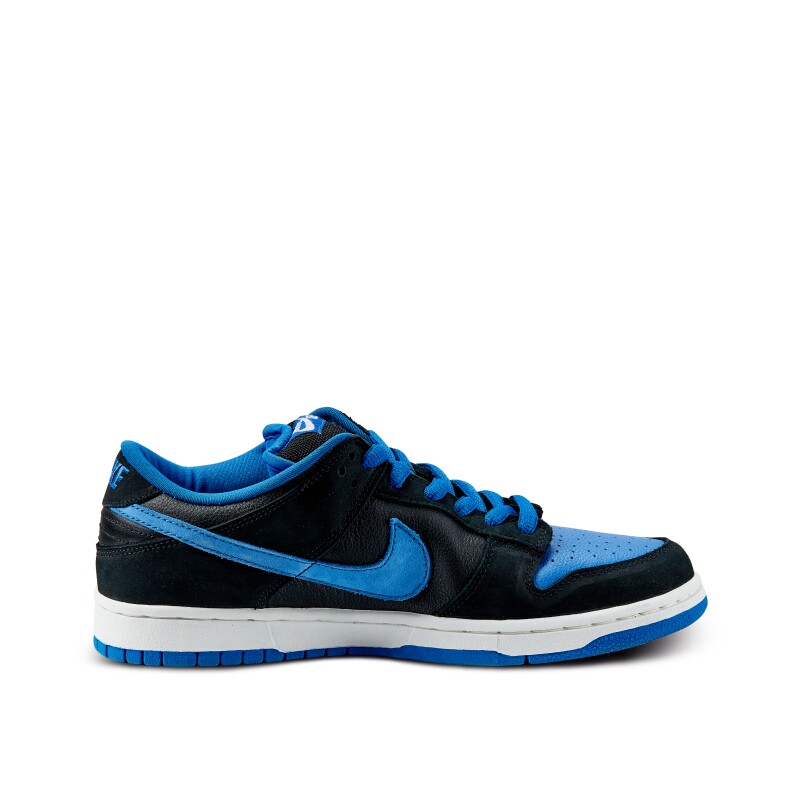 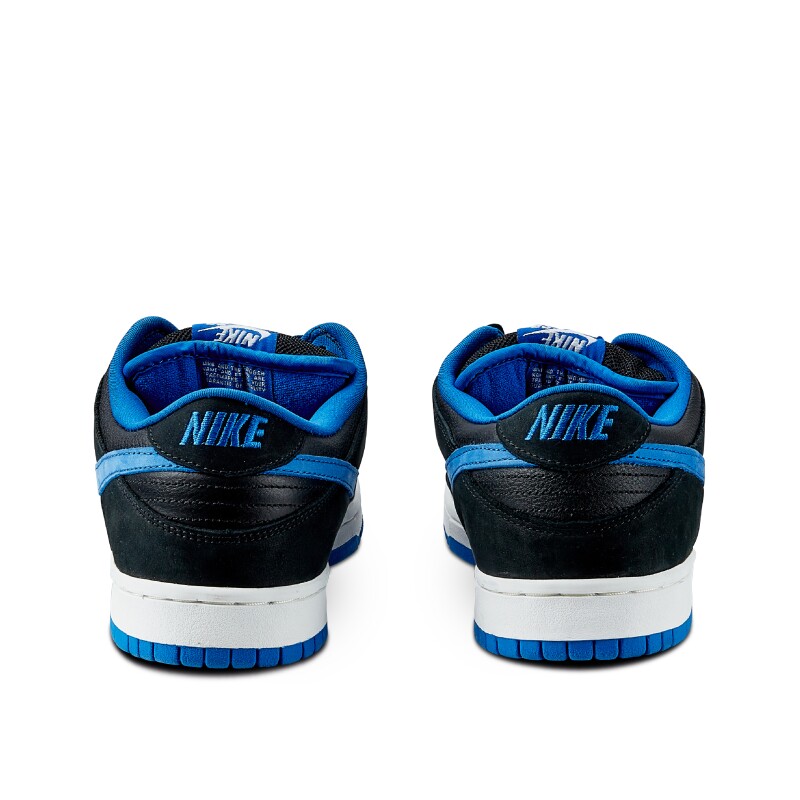 The Nike SB Dunk Low Pro J Pack Royal was released in 2005, during Nike SB’s Pink Box era. The moniker comes from the pair’s resemblance to the Air Jordan 1 OG "Royal" colorway. The upper consists of black leather and nubuck, and Royal Blue accents on the Swoosh, laces, toebox and inner lining. The pair sits atop a white contrasting midsole and Royal Blue outsole.