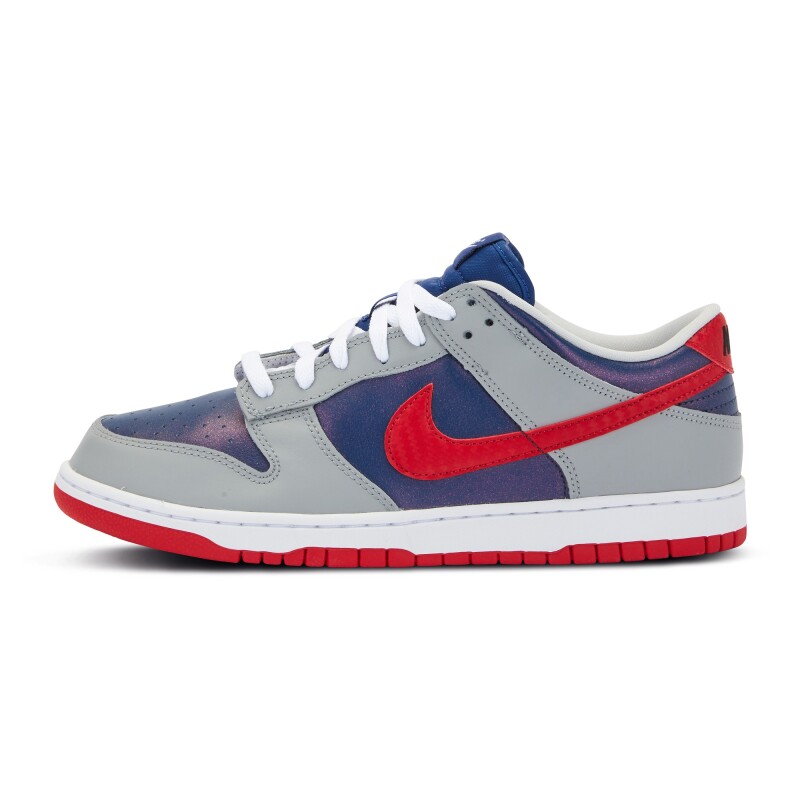 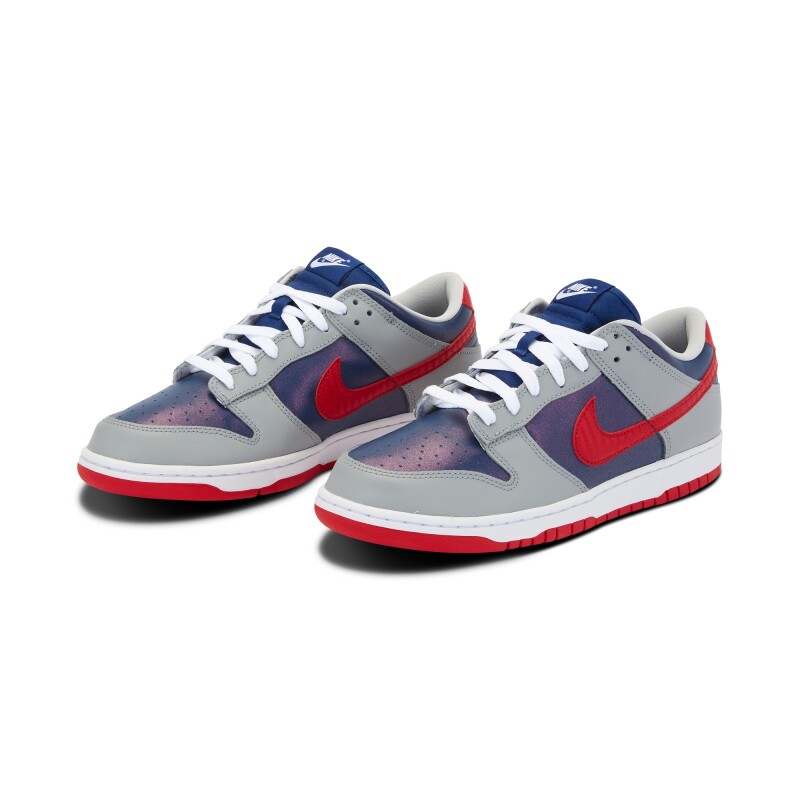 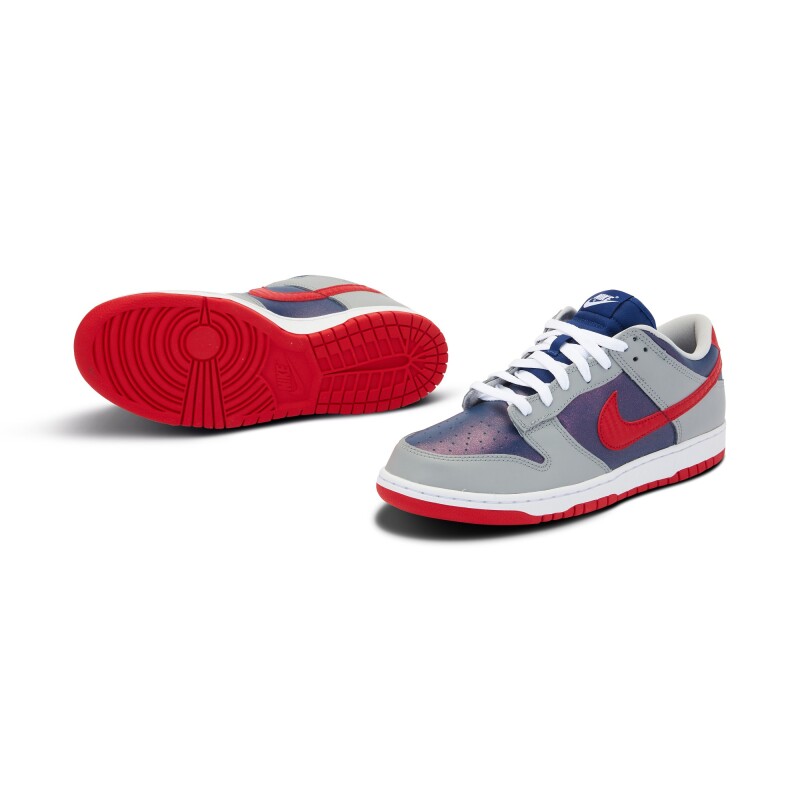 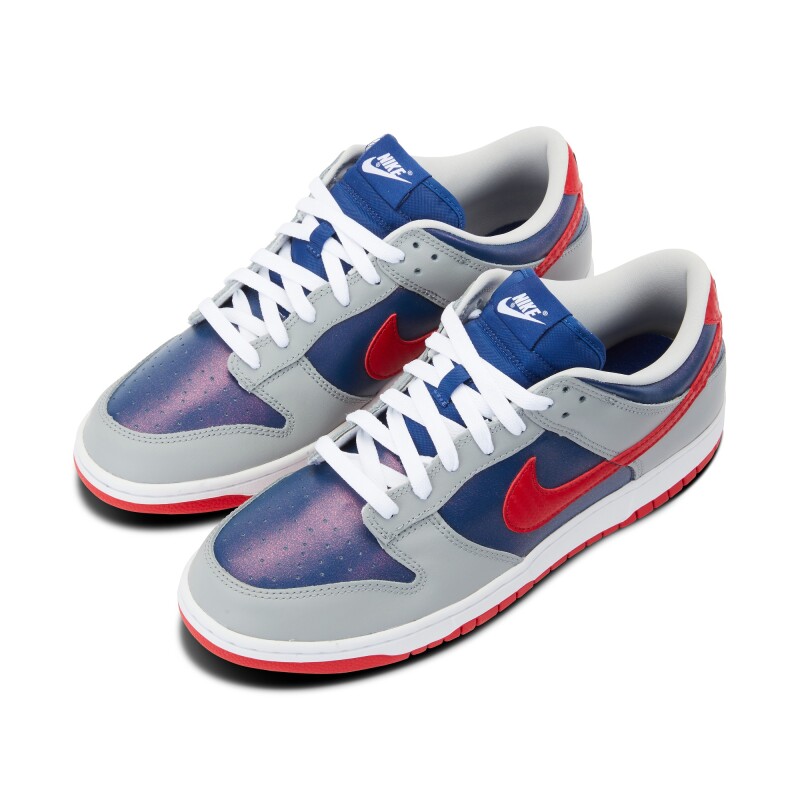 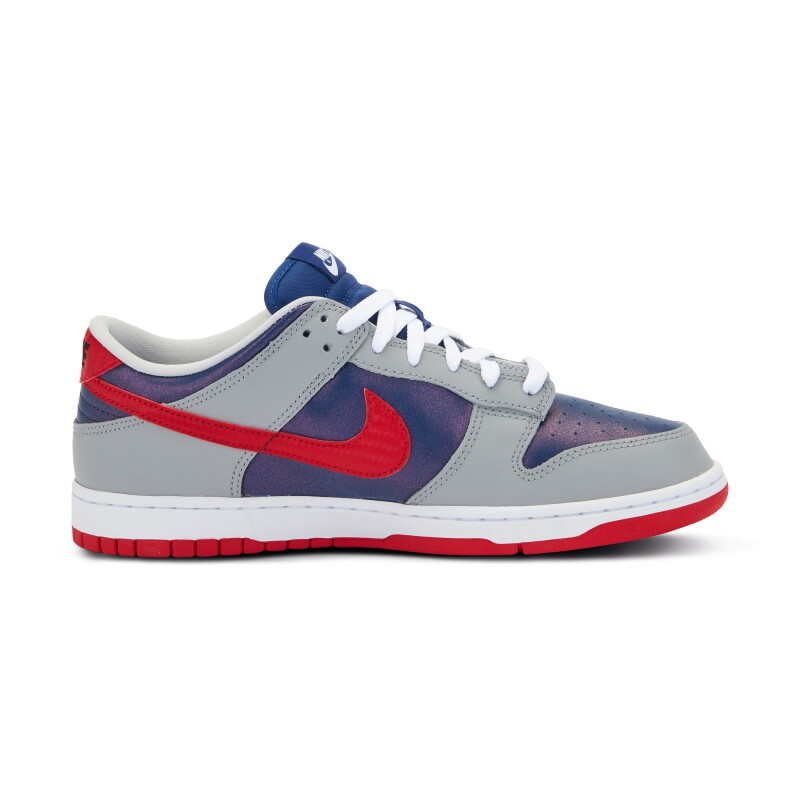 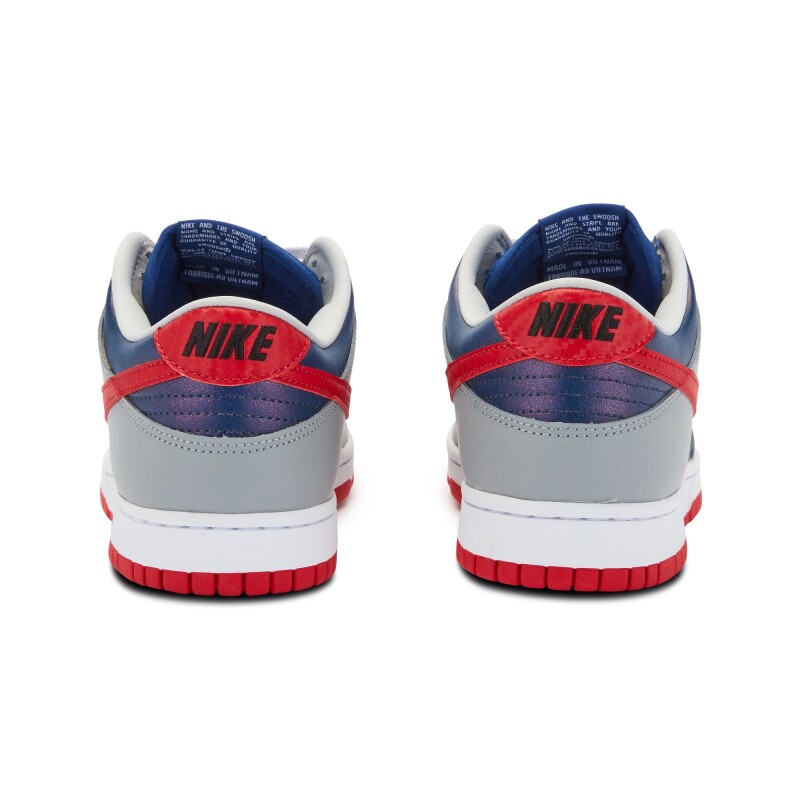 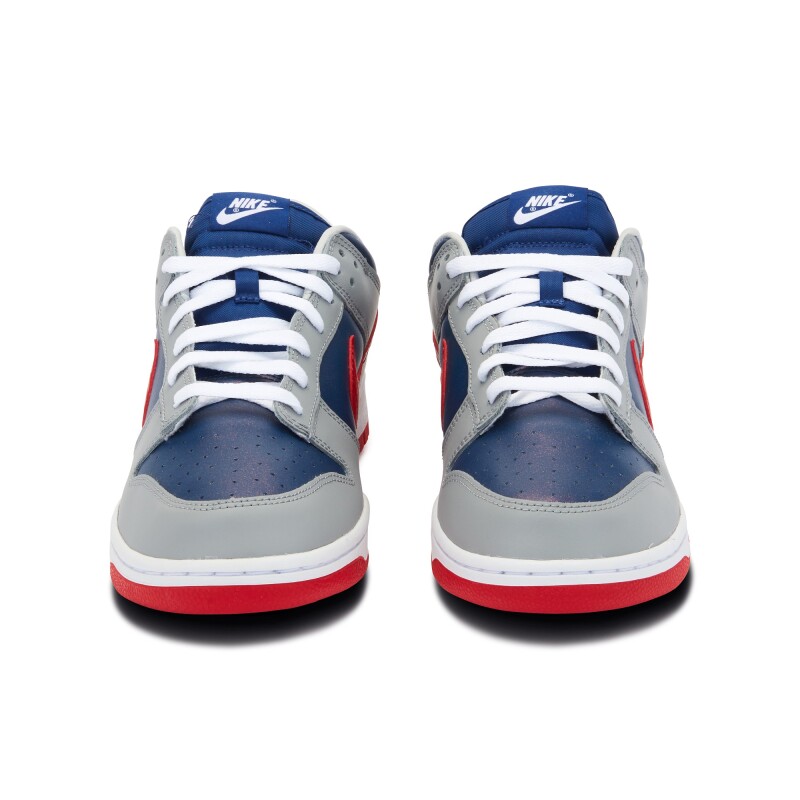 Originally released in 1985, Dunks have become one of the most iconic sneaker styles of all time and a blank canvas for design inspiration. In 2001, the CO.JP Samba released exclusively in Japan. This 2020 edition marks its first retro release. Leather uppers in Samba Silver and Hyper Blue are accented with True Red outsole, Nike Swooshes and heel tabs.