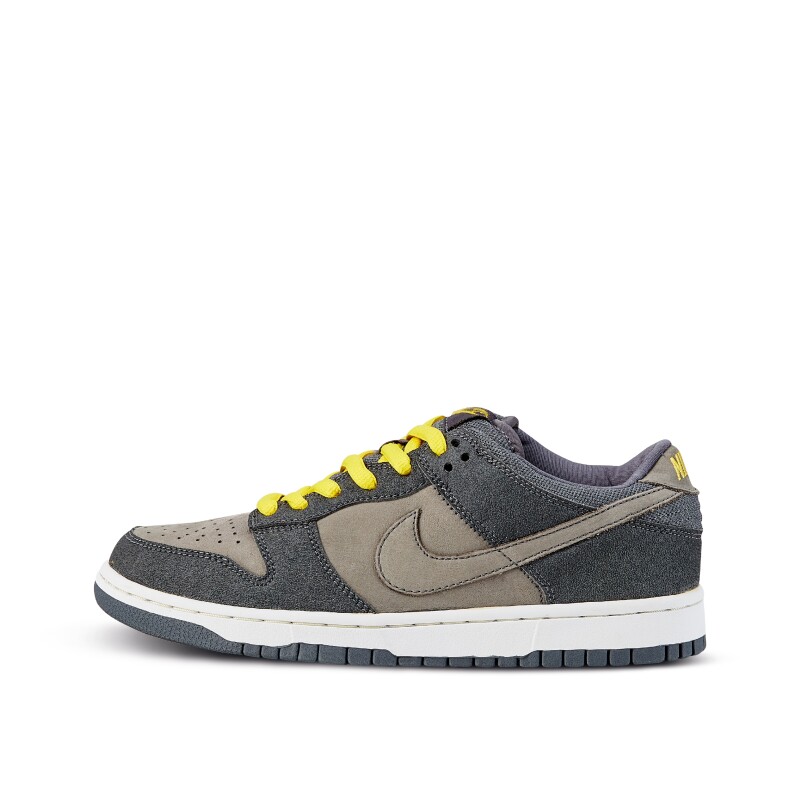 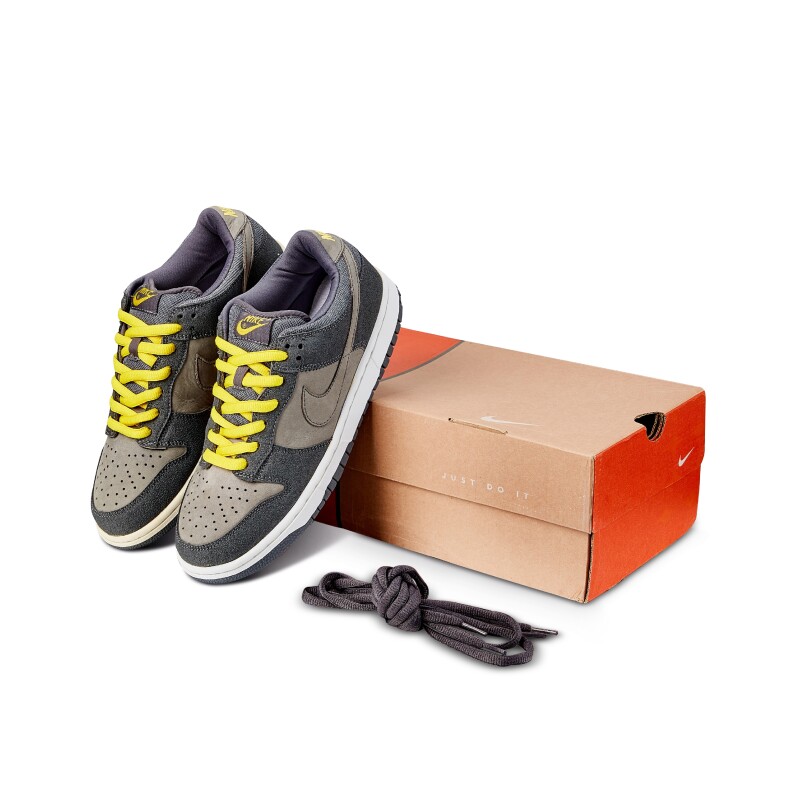 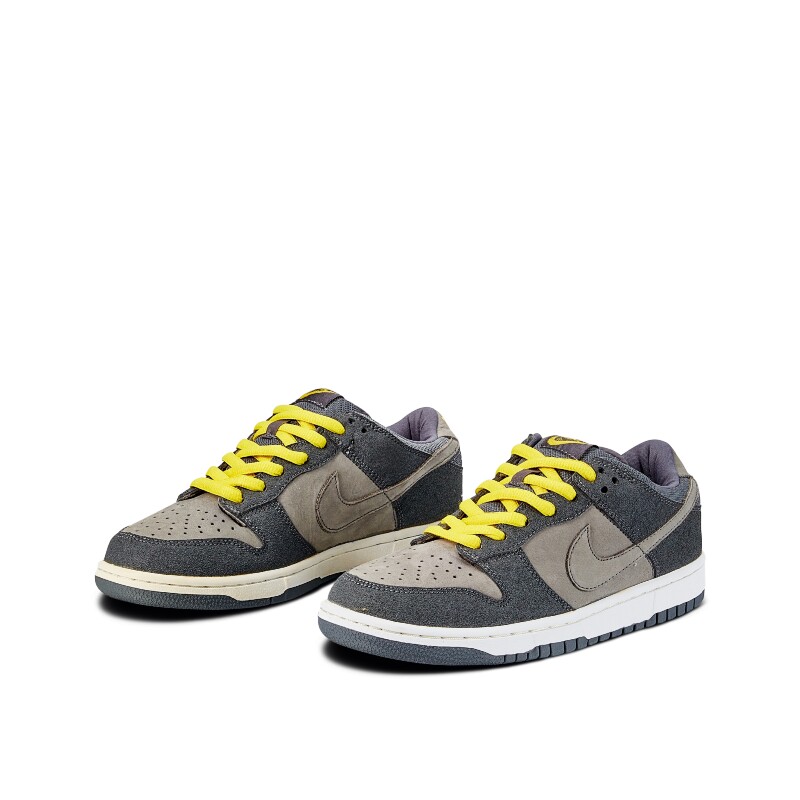 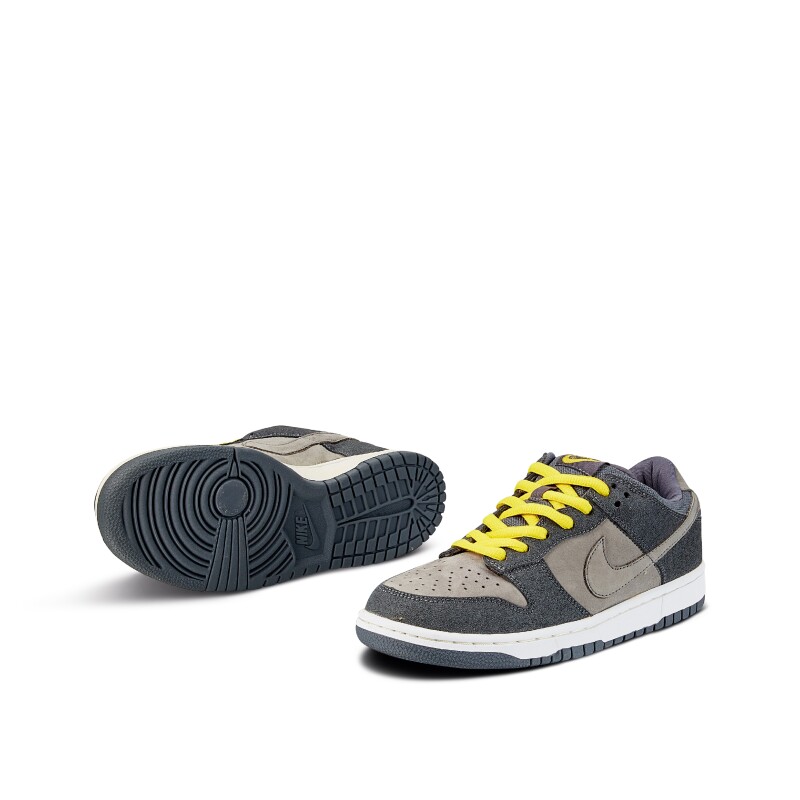 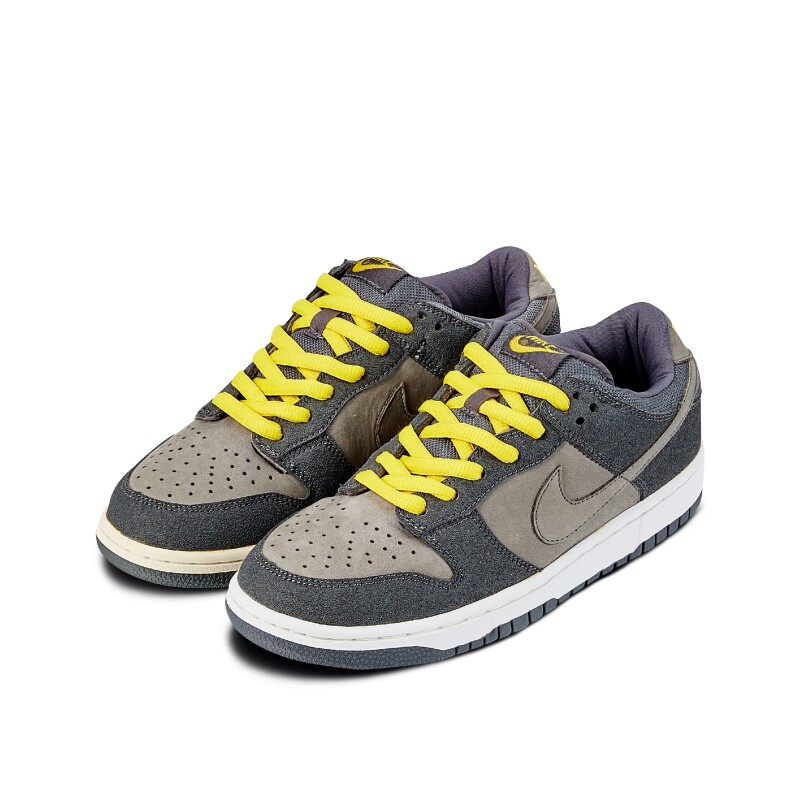 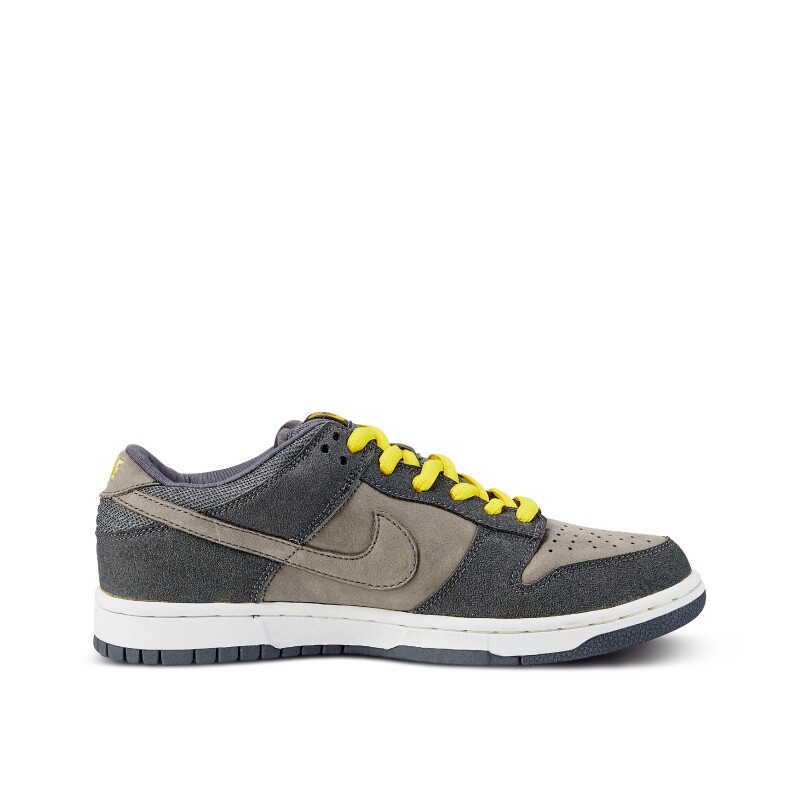 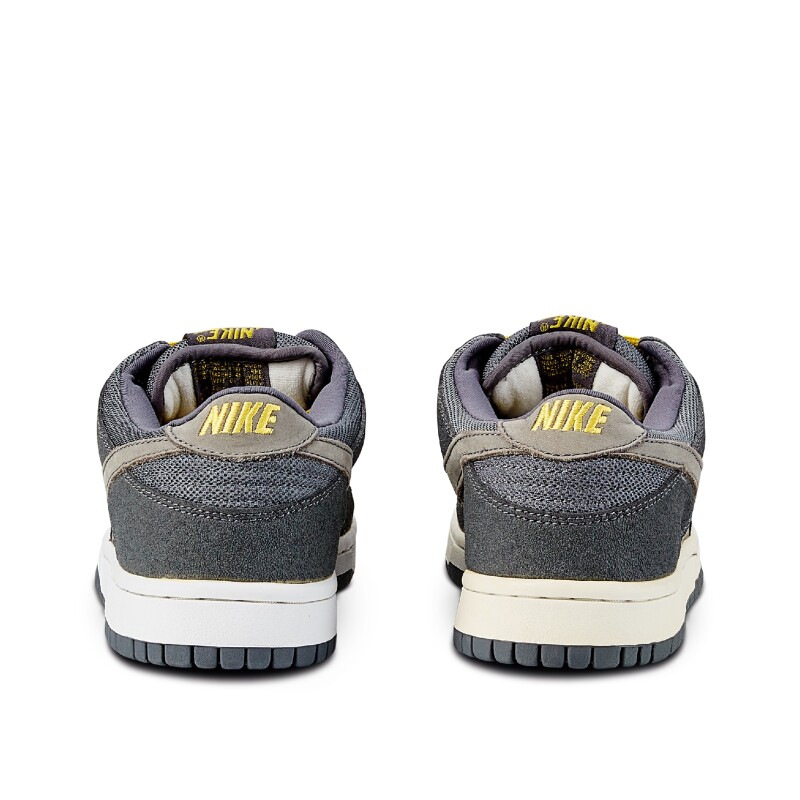 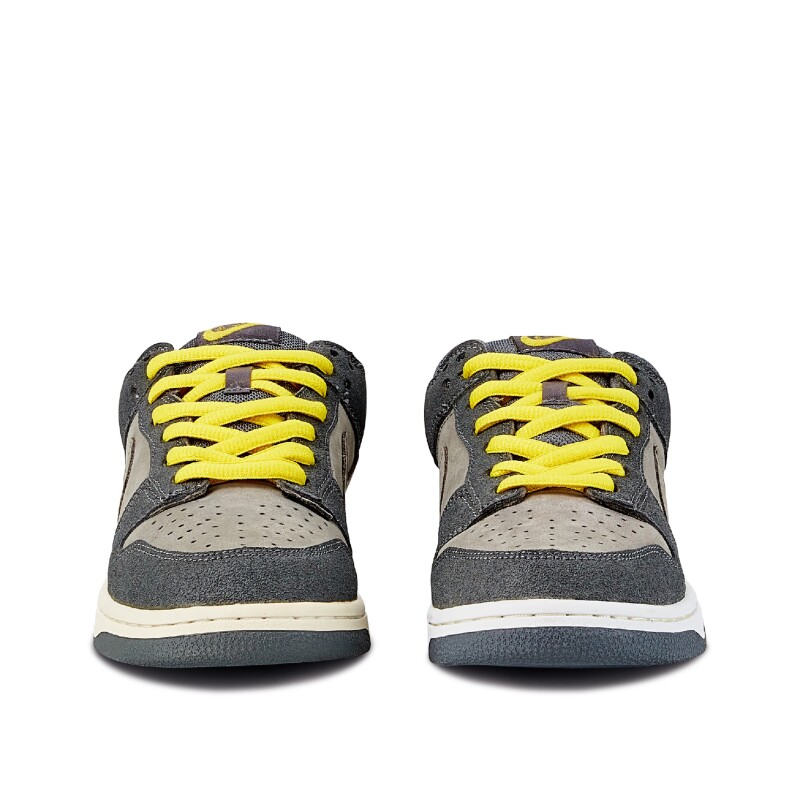 Following the highly successful Nike Dunk Low Pro B Alphanumeric Lightning, Nike designed a version for wider release that remained true to Alysha Owerka-Moore’s original design. The Nike Dunk Low Pro B “Lightning” features different shades of grey, with contrasting laces. A bright yellow is featured on the laces and the “Nike” embroidered on the heel tab.

Before the formal creation of Nike SB, the sneaker brand catered to the skating community by updating the beloved Dunk Low in the 1990s. By adding nylon to the tongue of the shoe, Nike improved the fit for skaters. As demand for this “new” Dunk surged, Nike doubled down on their success by releasing the 2001 Dunk Pro B. These were the first Dunks to feature extra padding in the tongue and elastic straps to boost performance and fit.