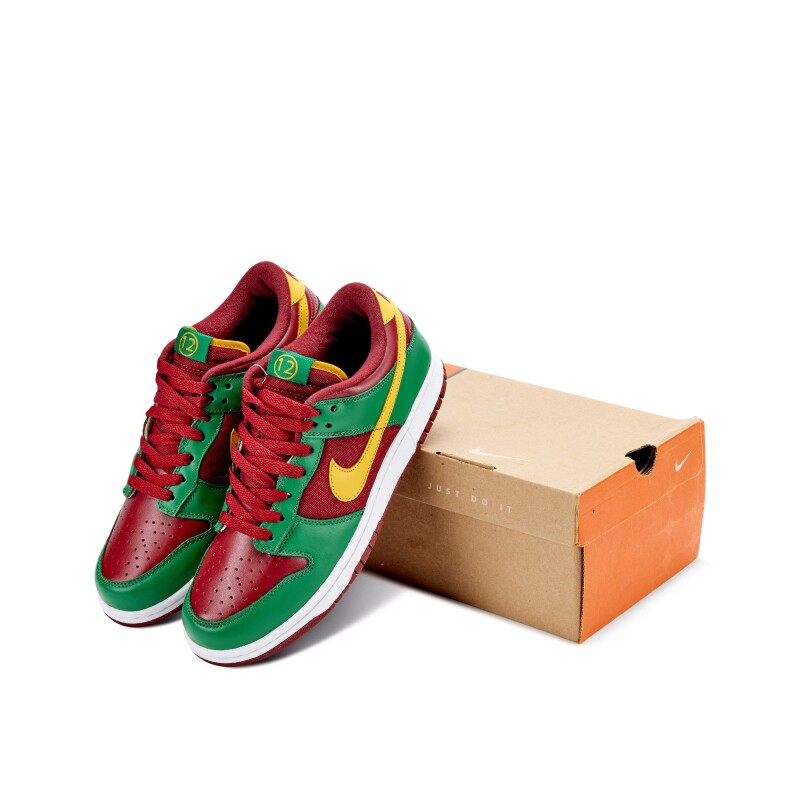 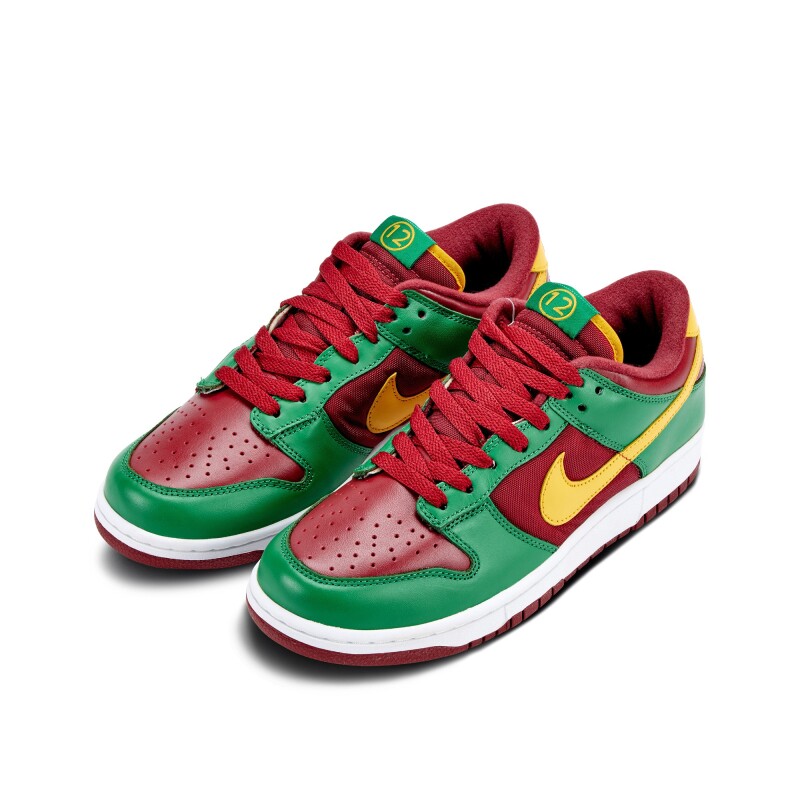 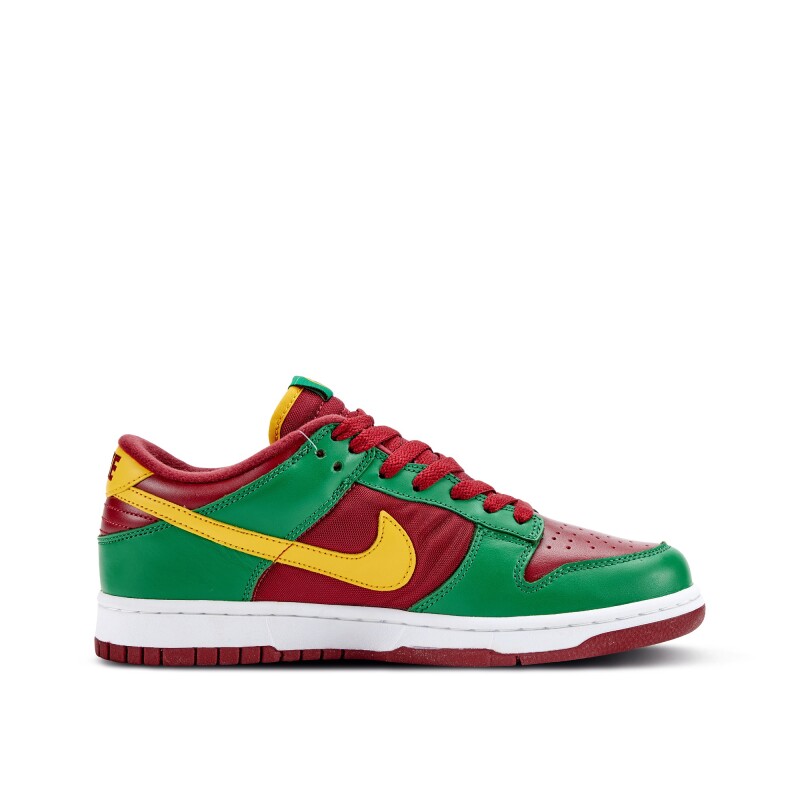 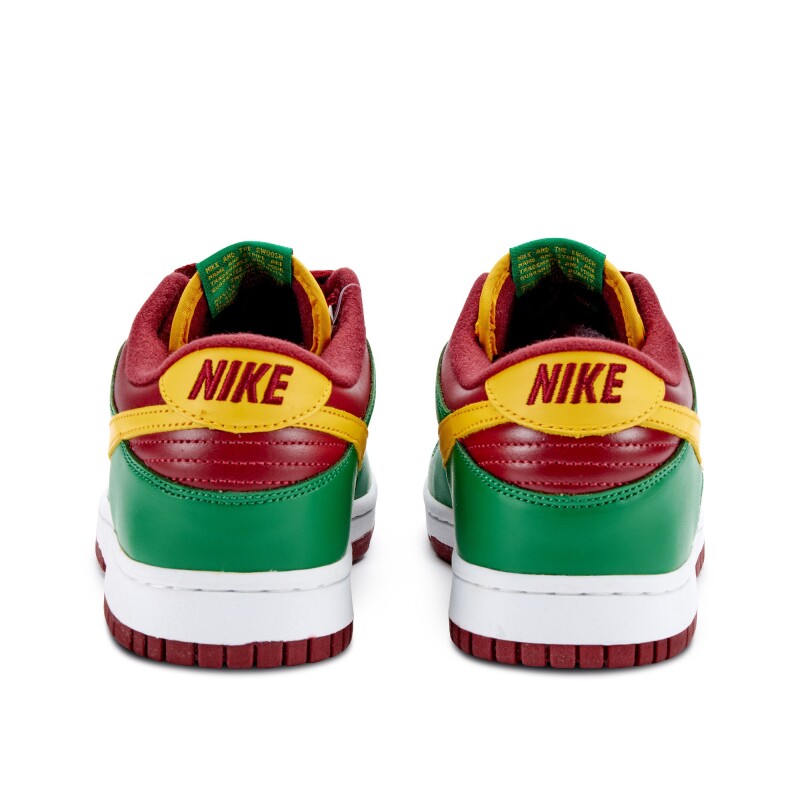 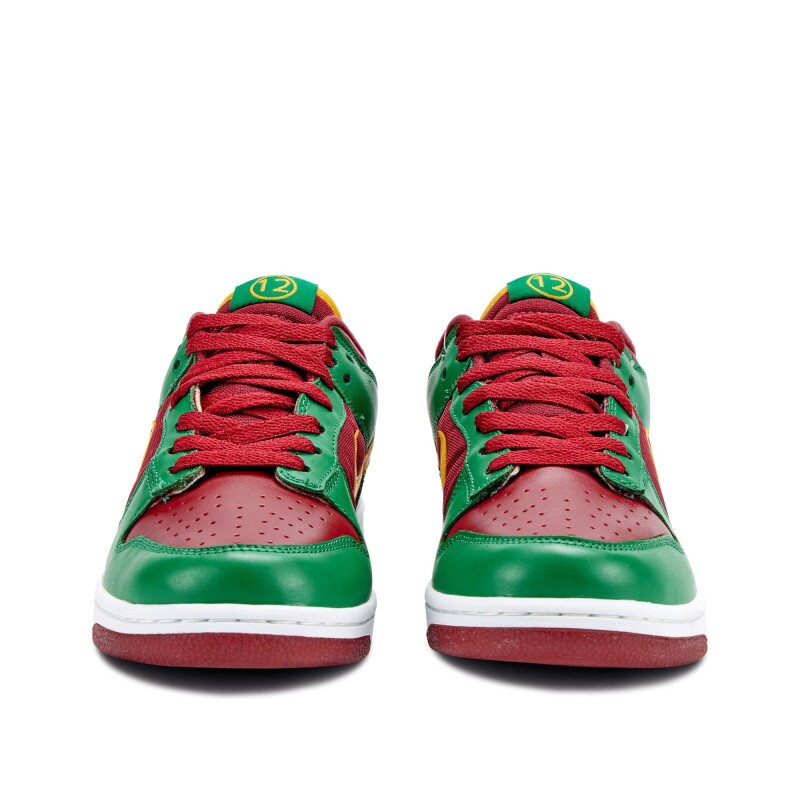 Released in 2004, the Nike Dunk Low "Portugal" sports the low silhouette with colorblocking that pays tribute to the Portuguese flag. The pair is finished with a green and red leather upper and a contrasting yellow Swoosh. To complete the design, the midsole is red canvas material to offer a unique take on an otherwise classic model.