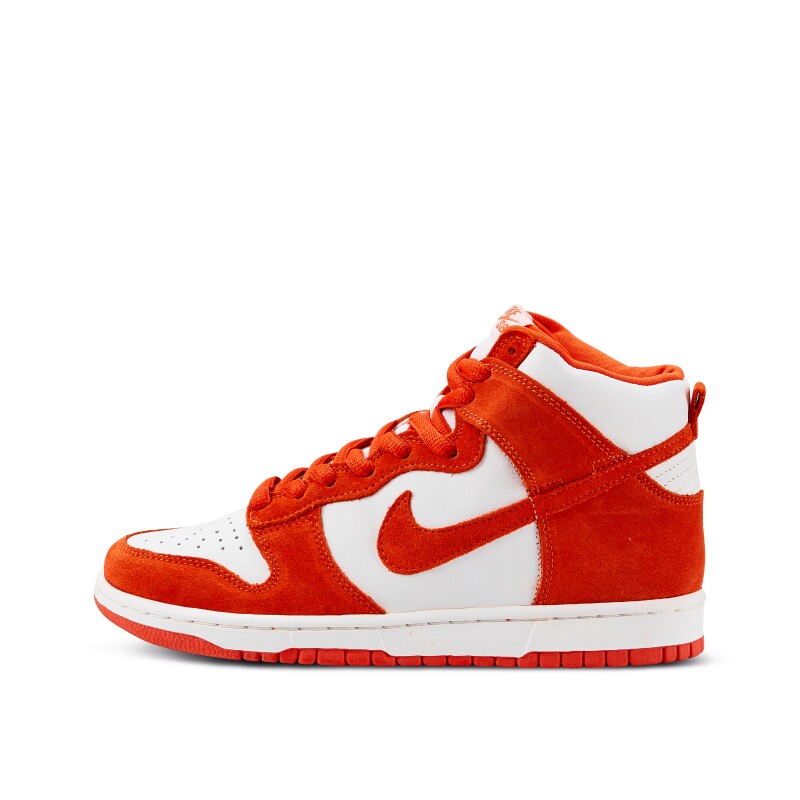 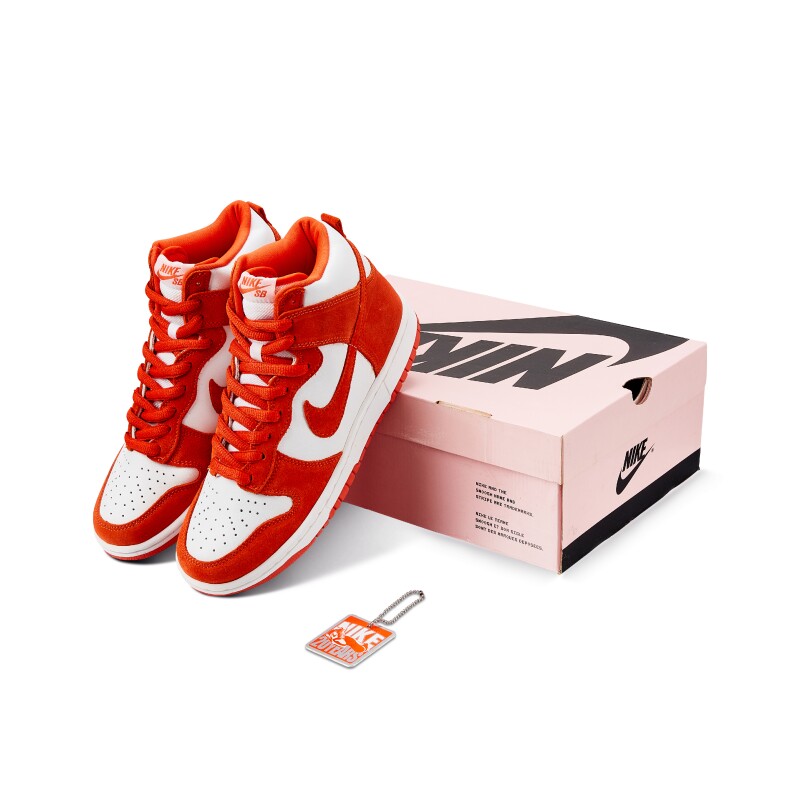 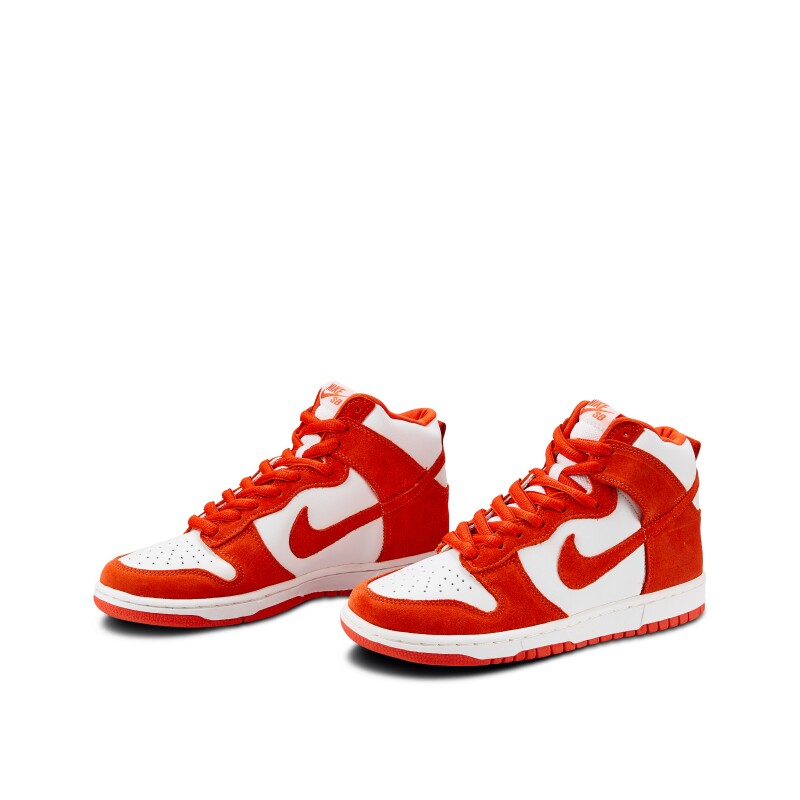 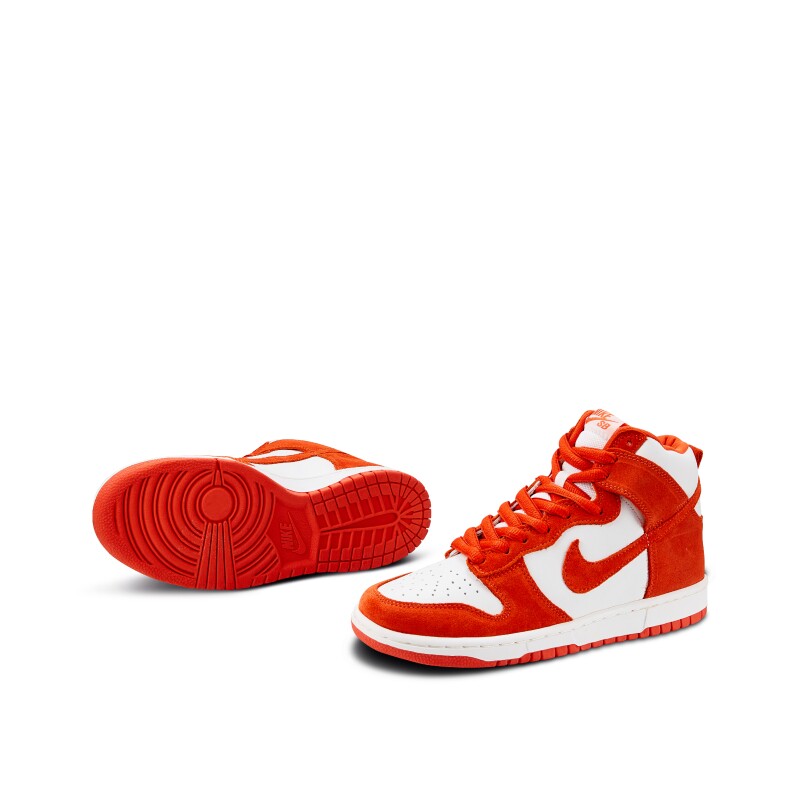 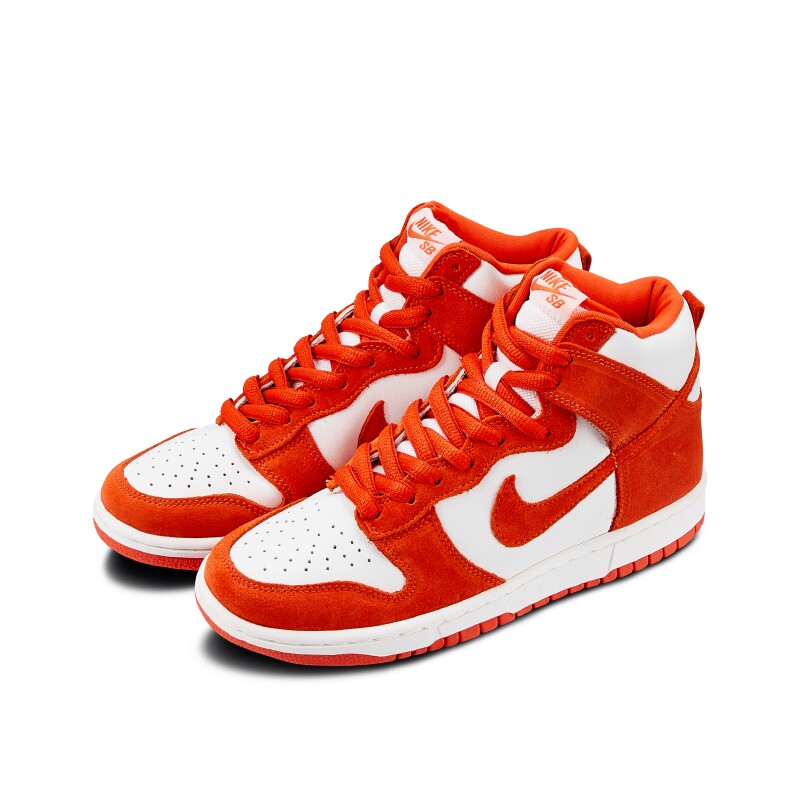 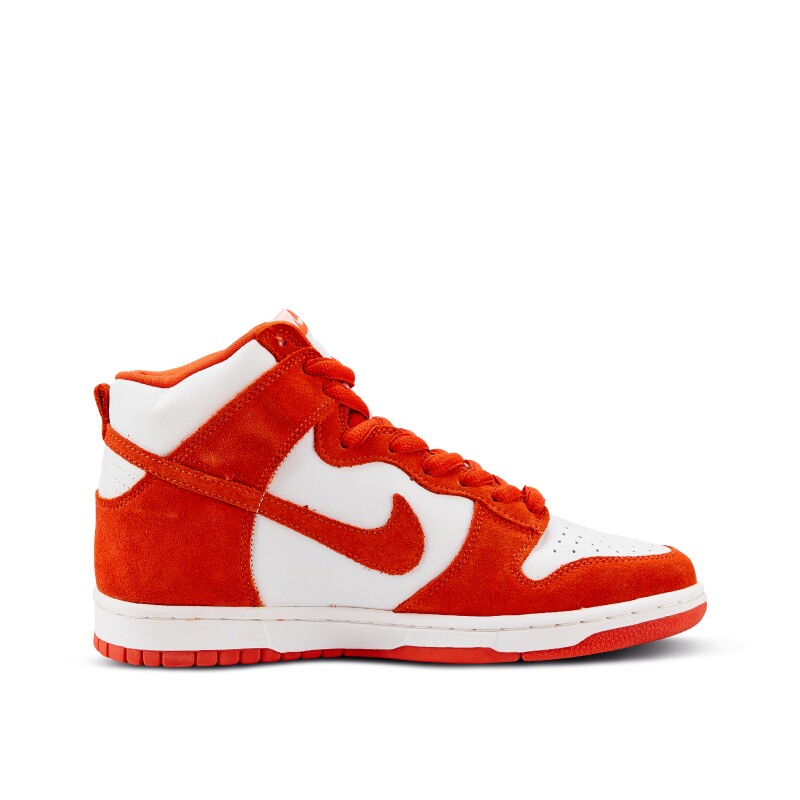 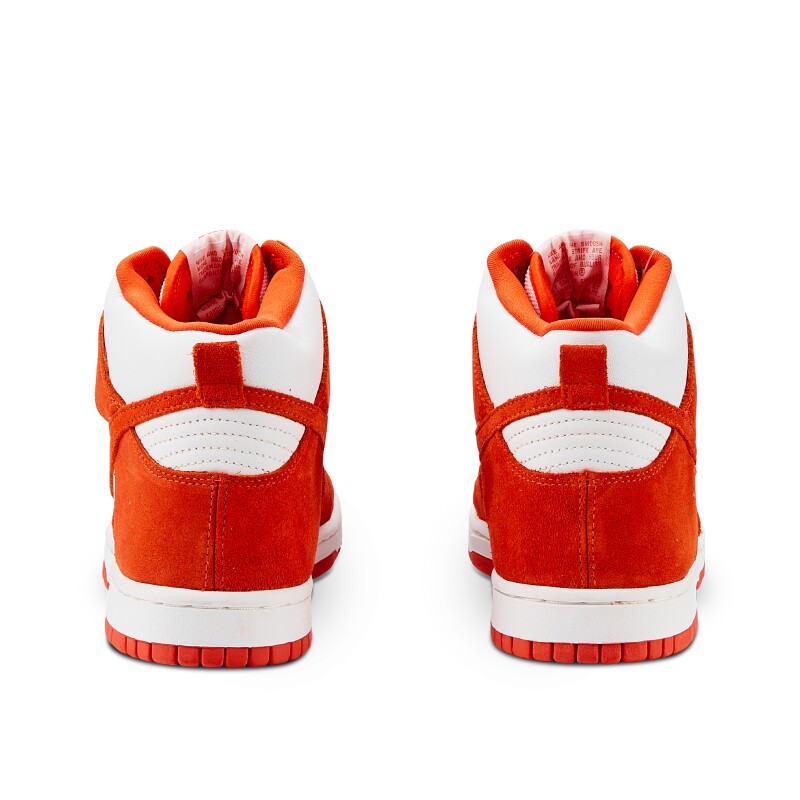 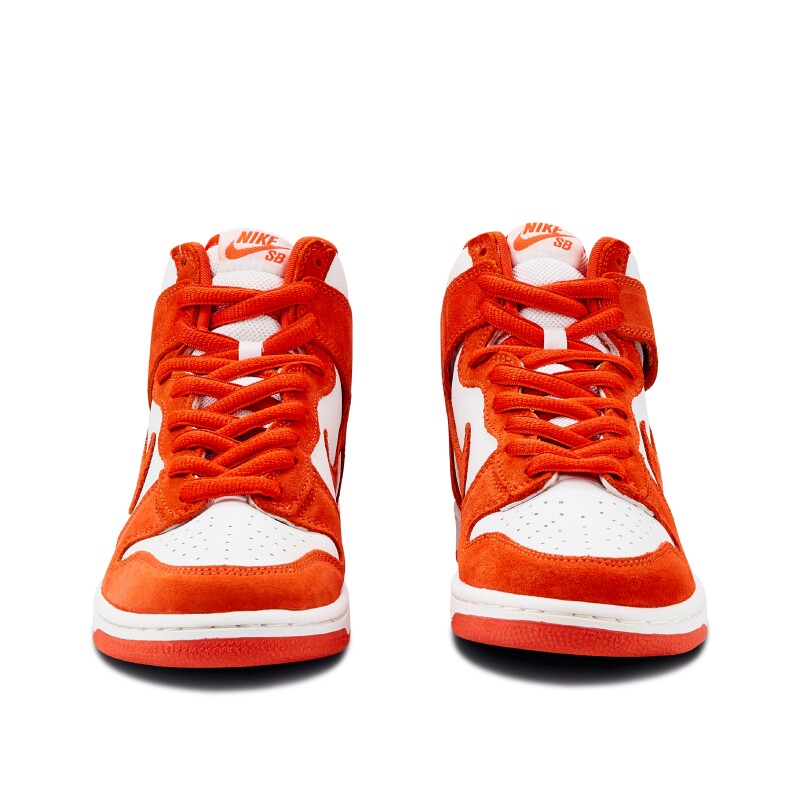 In 2005, Nike SB paid homage to the 20th anniversary of the Nike Dunk by releasing the seven original colorways from the Be True To Your School series. The SB rendition featured a suede upper, rather than the original leather, and each pair was accompanied with a special-edition hangtag. As part of the series, the Nike SB Dunk High Pro ‘Syracuse’ pays homage to the school with its two tone colorway in orange and white. The upper consists of a white leather with bright orange suede overlays and Swoosh. The pair sits atop a white midsole and orange outsole.