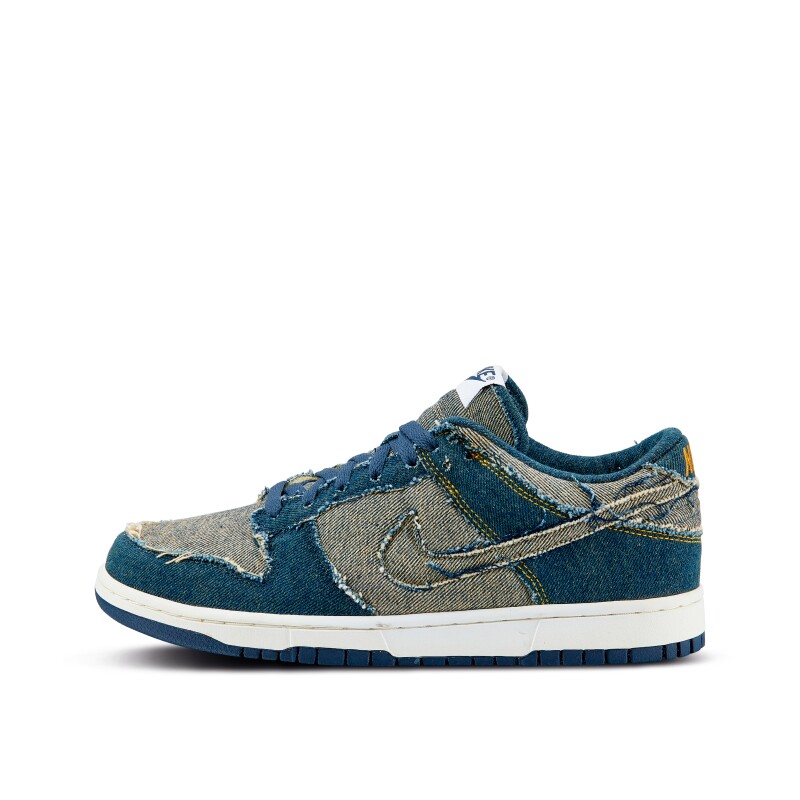 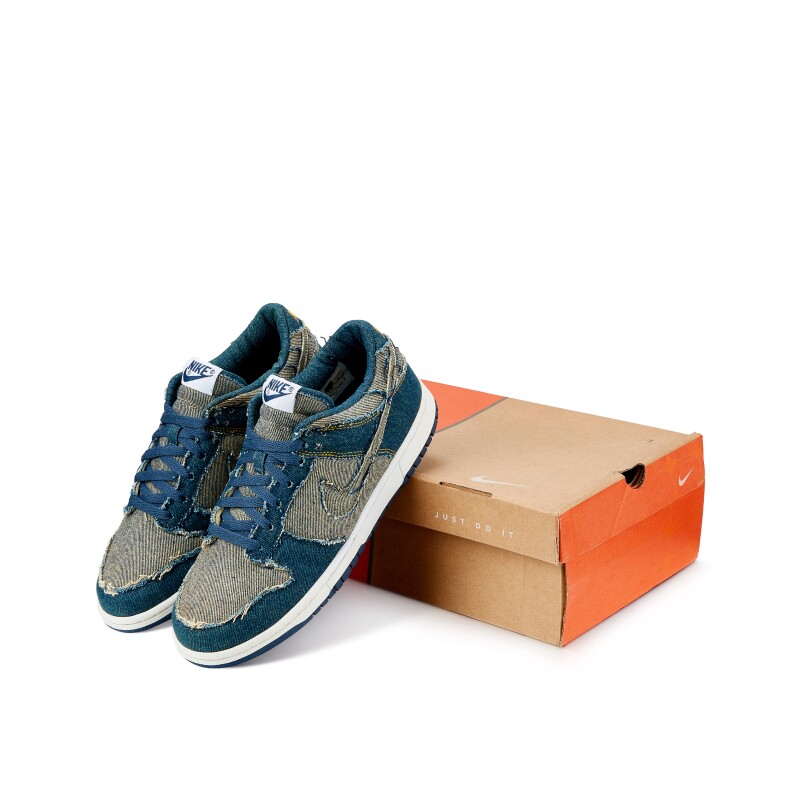 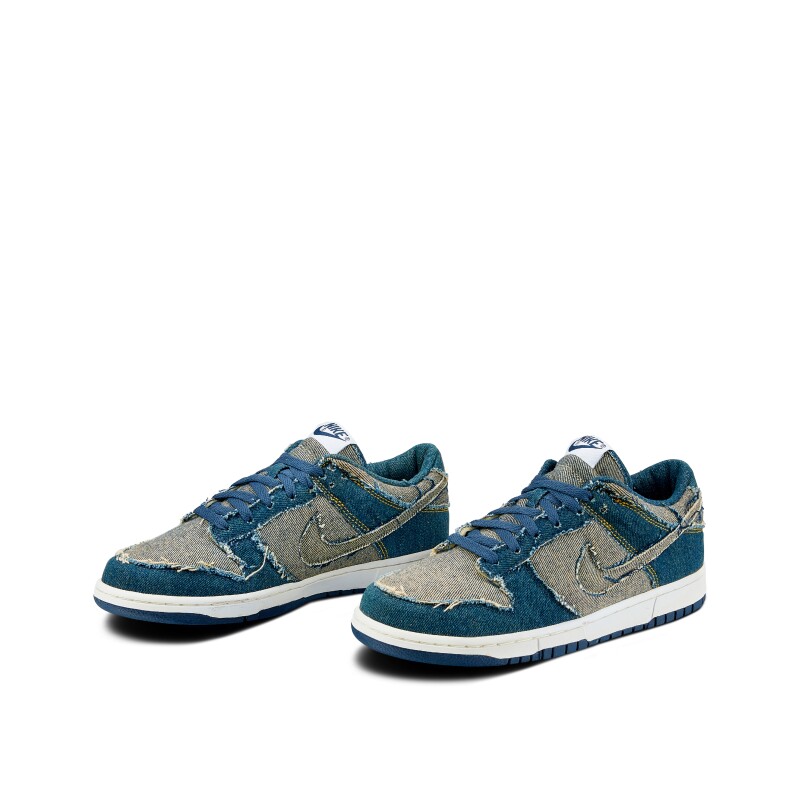 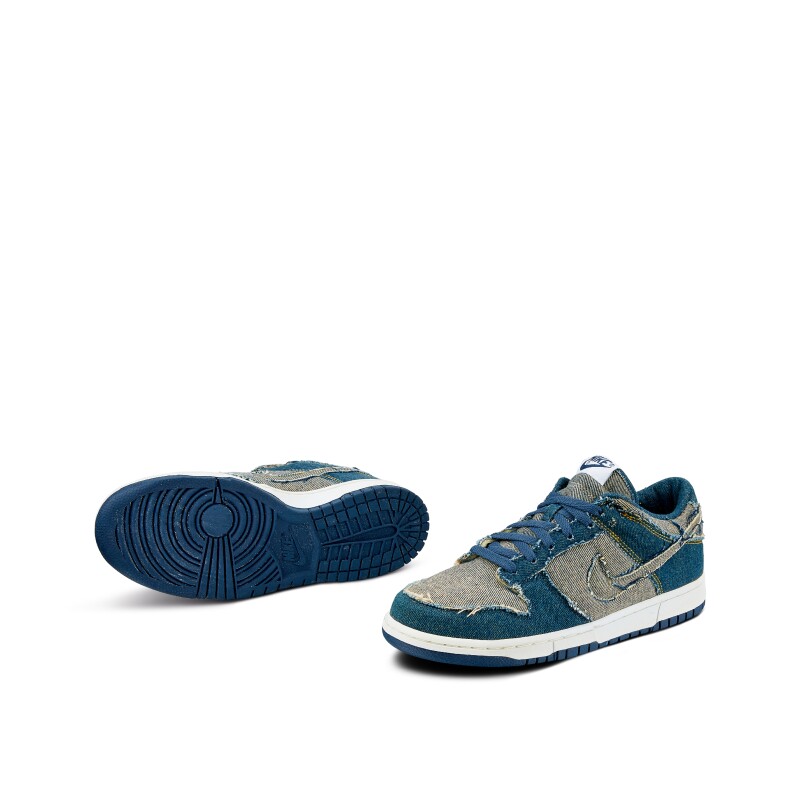 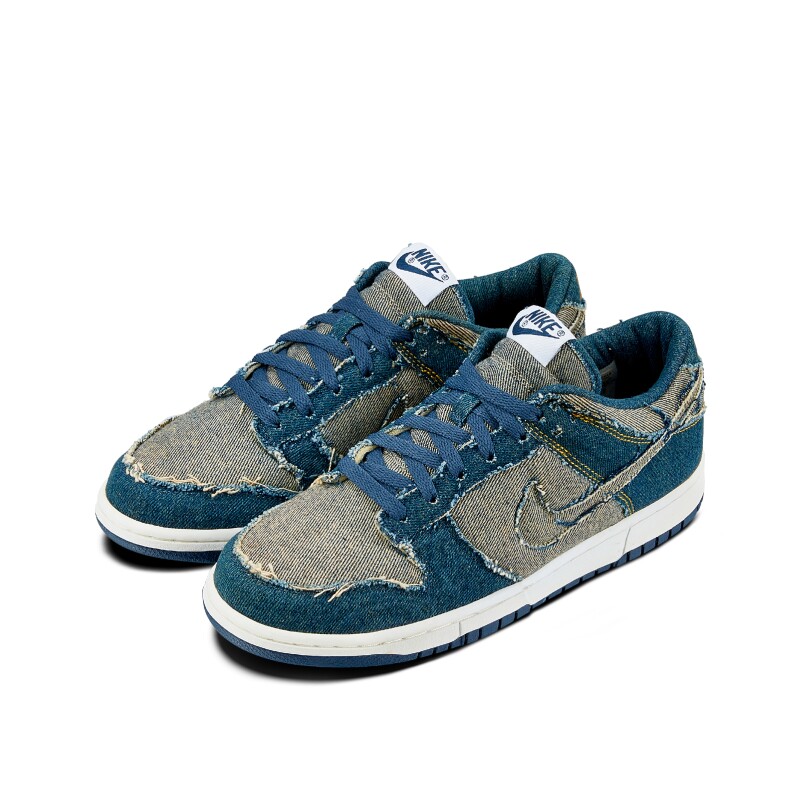 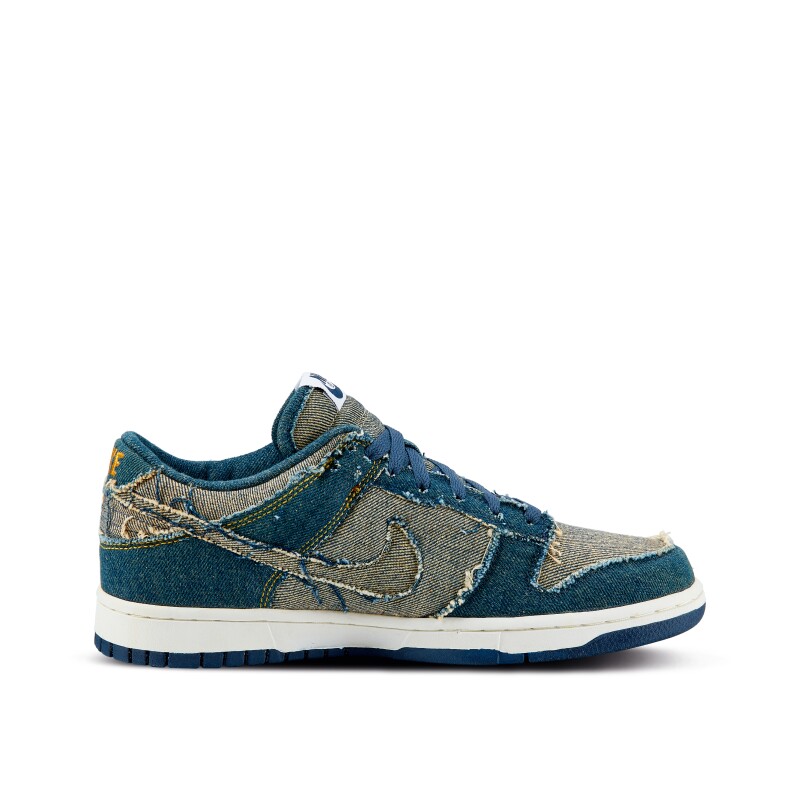 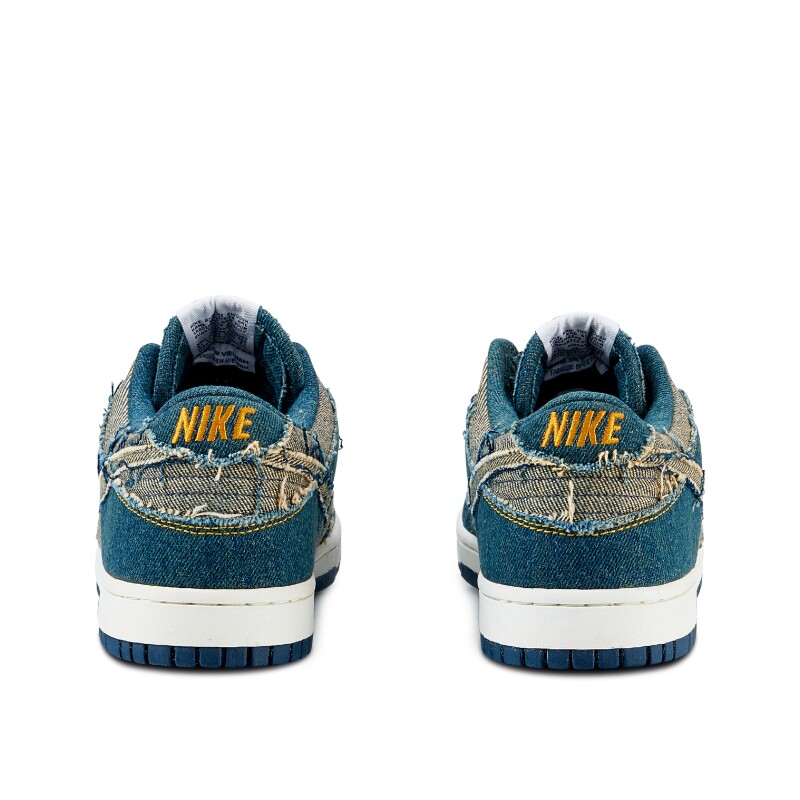 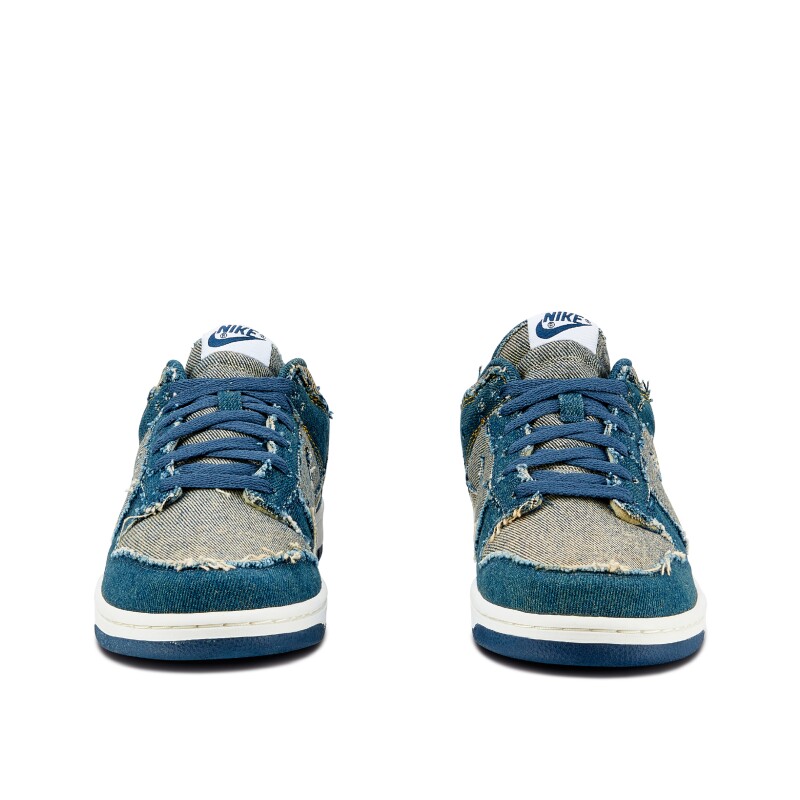 The Nike Dunk Low CI "Denim" was released in 2005, and sports a light blue denim upper with dark blue denim overlays. Additionally, the pair features contrasting yellow stitching at the heel overlay and yellow Nike branding at the back of the heel. Originally released in 1985, Nike introduced the Nike Dunk as the premiere basketball sneaker in college basketball. The colorways for the series were based on successful programs around the nation. Kentucky, Michigan, UNLV, Syracuse, St. John’s , Villanova and Iowa all received their own signature shoe. The 1985 Nike ads featured the sneakers with a tagline "Be True to Your School," giving fans an opportunity to support their team from head to toe.

Both sides of inner shoe tags partially torn off.