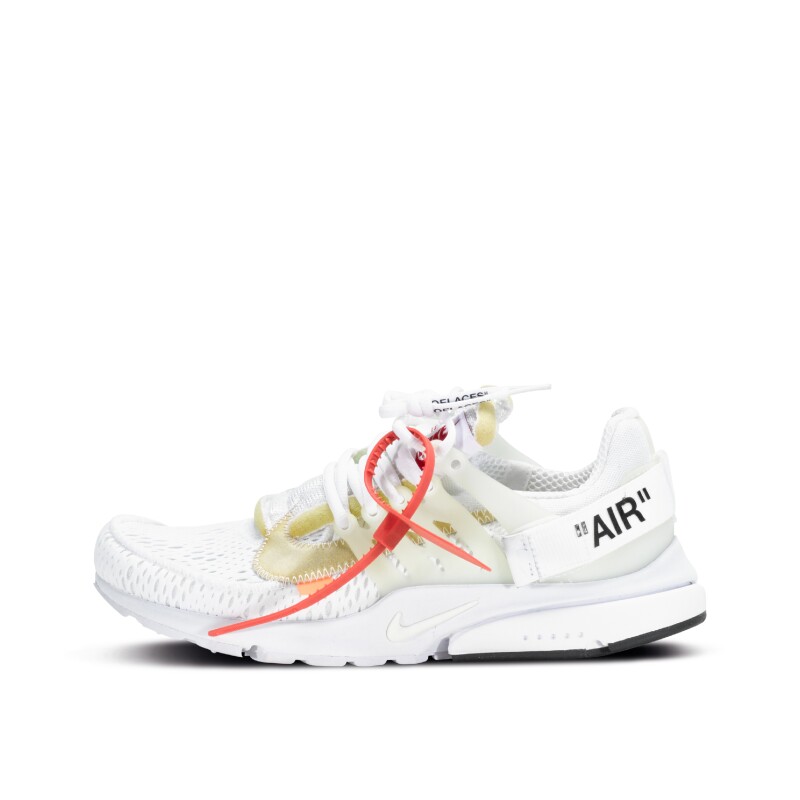 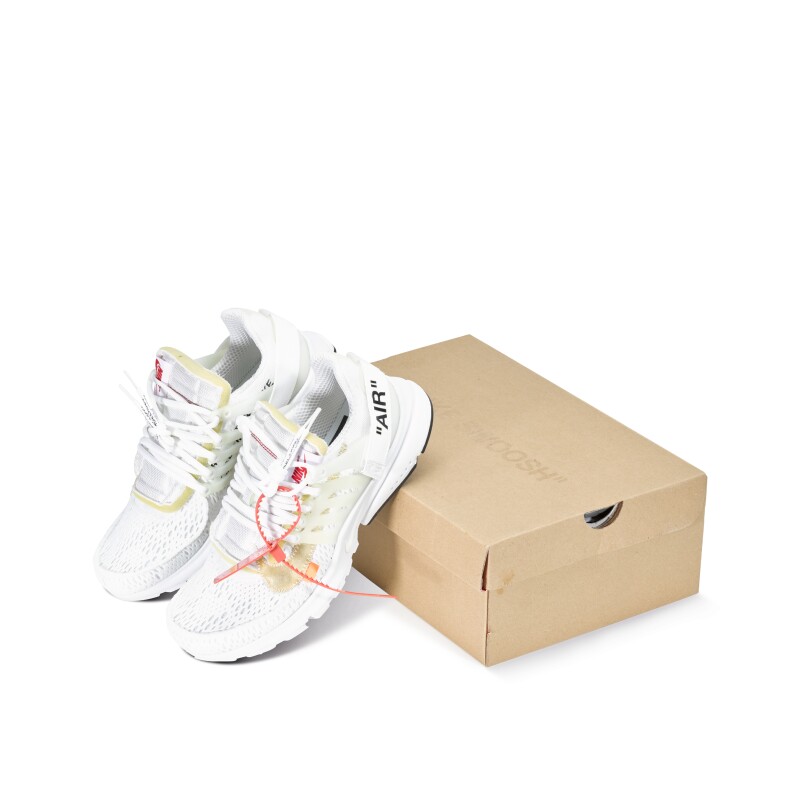 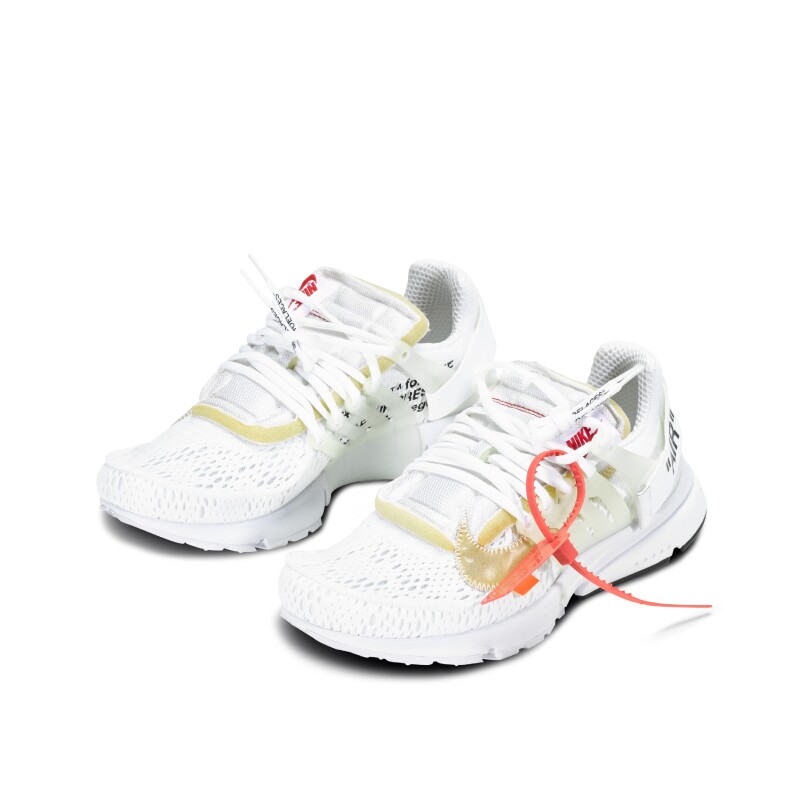 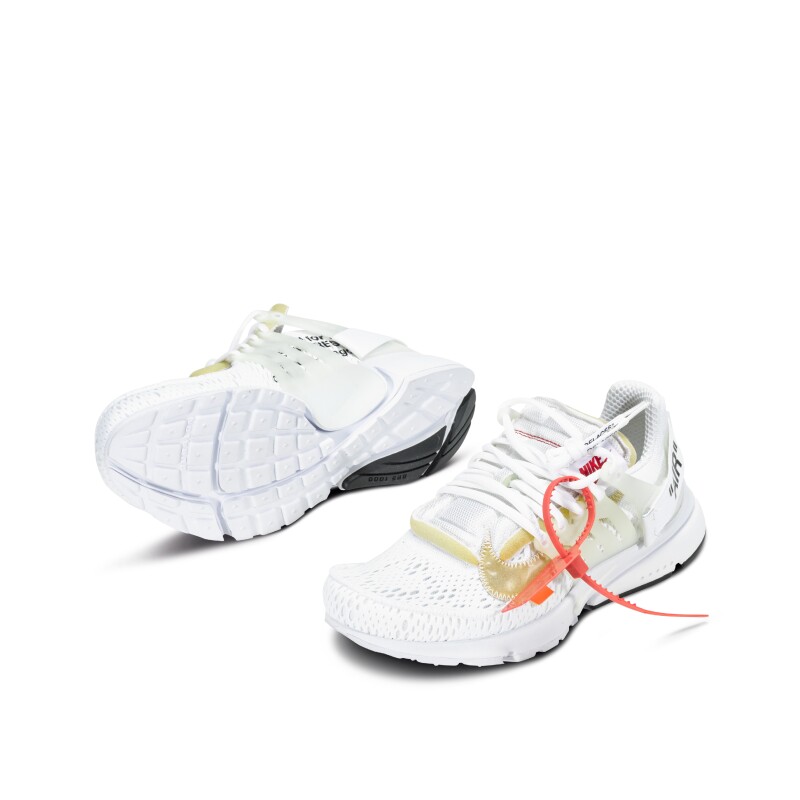 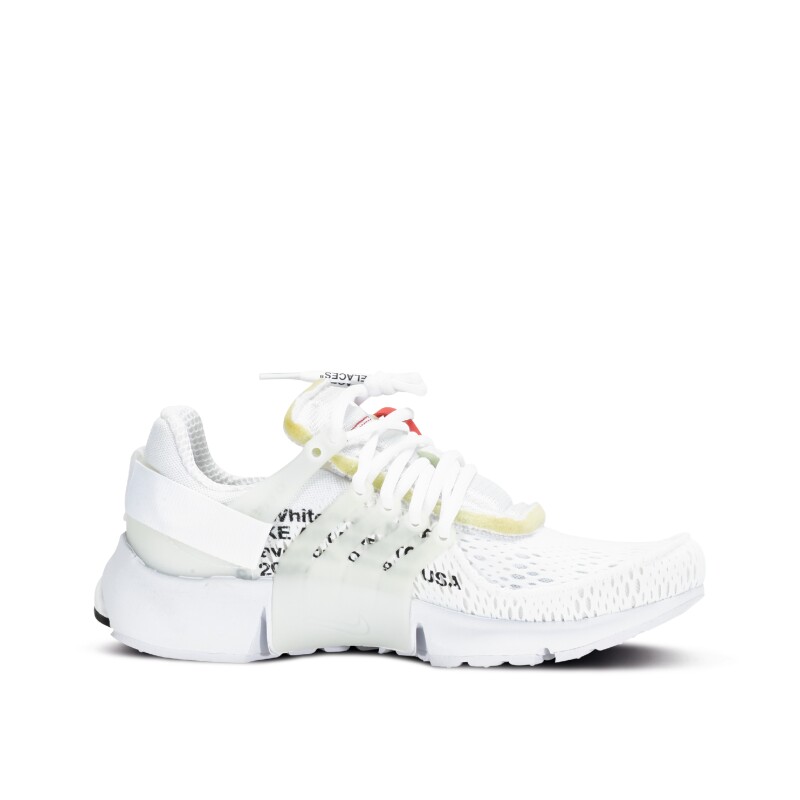 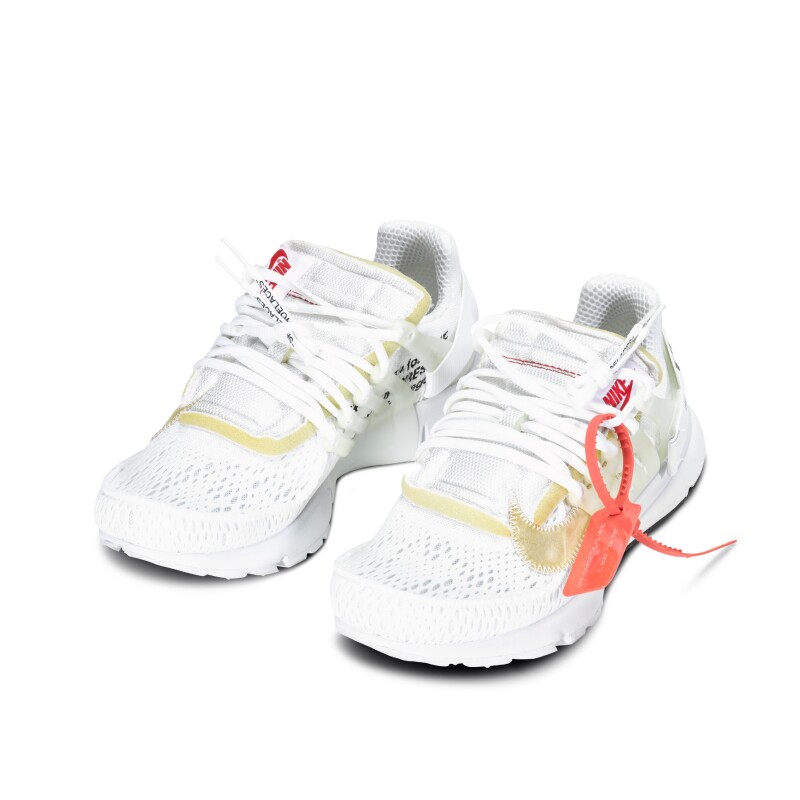 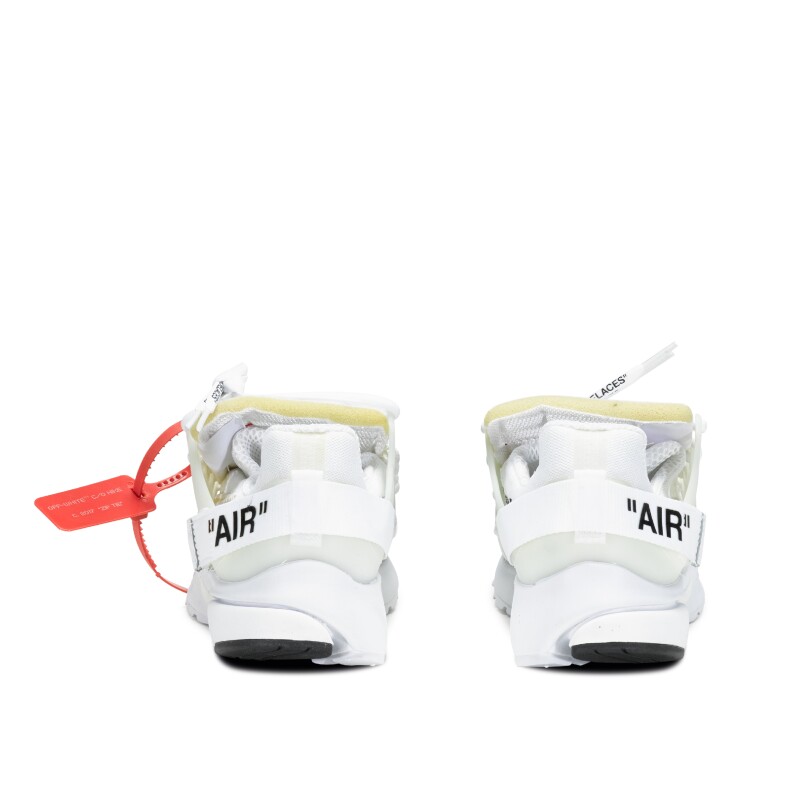 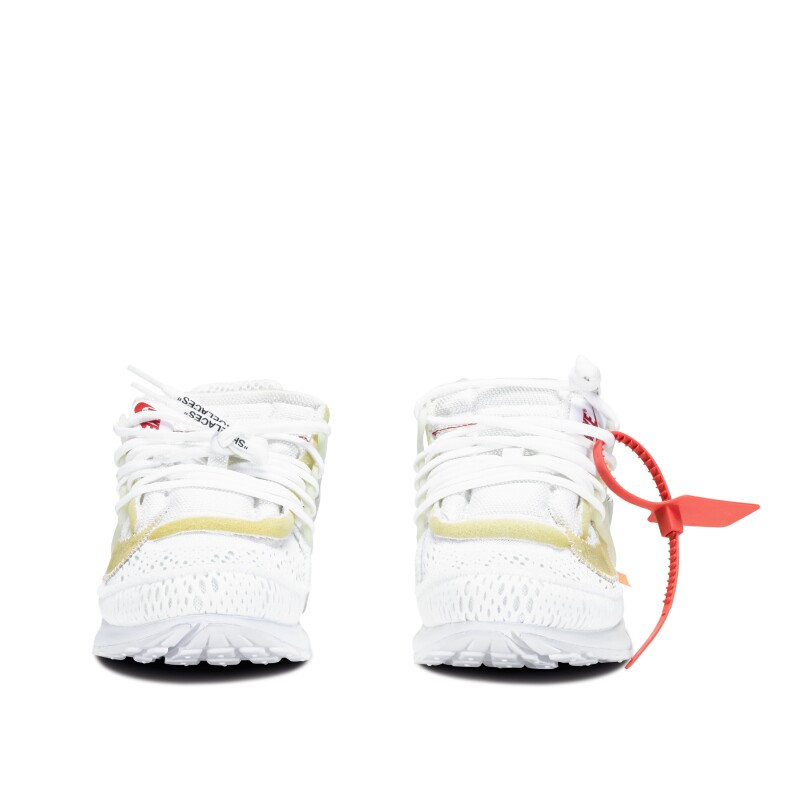 Shortly after the release of critically acclaimed “The Ten,” the Nike Air Presto Off-White dropped in a white colorway. The Presto features an “inside out” appearance with an added heel strap, stitched-on tonal Swoosh on the mesh upper, and a signature red zip-tie.

“The Ten” collection consists of 10 iconic silhouettes from the Nike, Jordan and Converse archives, that were deconstructed and rebuilt in Virgil Abloh’s creative vision. Released in 2017, “The Ten” was one of the fastest and most ambitious collaborations Nike has ever produced, taking about 10 months from ideation to release.