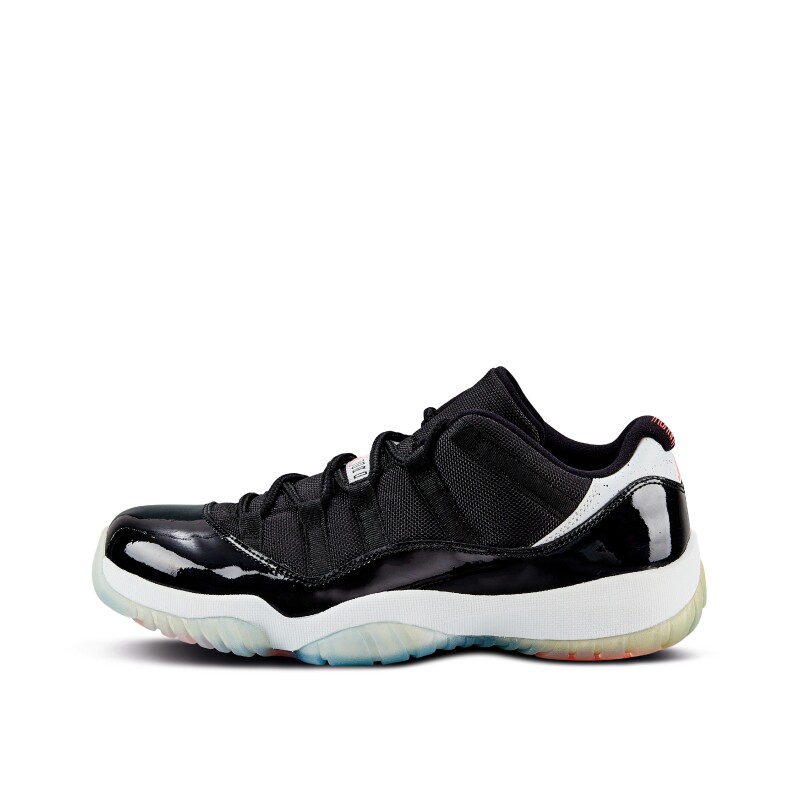 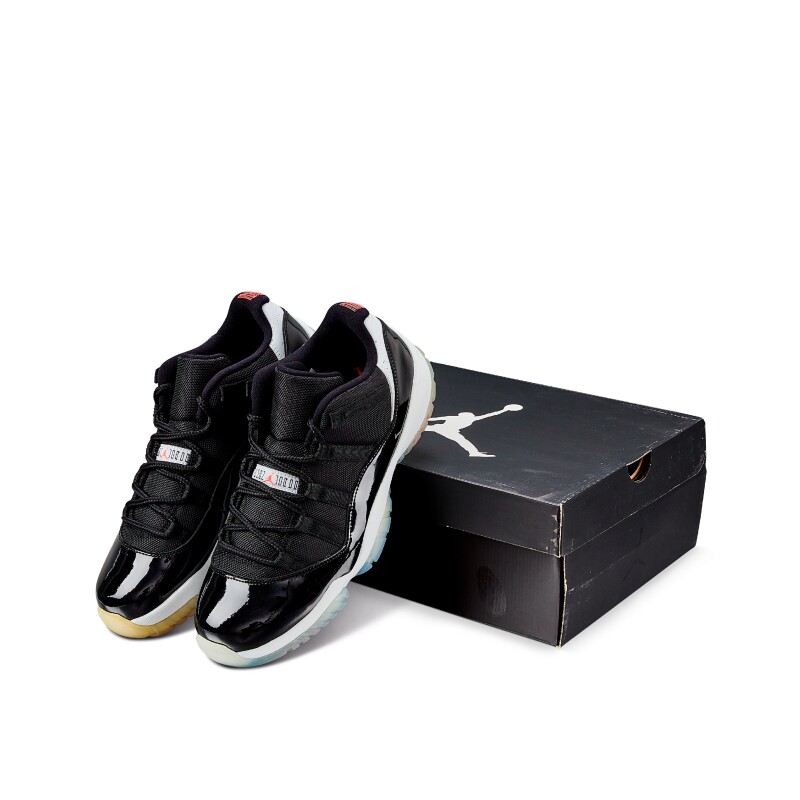 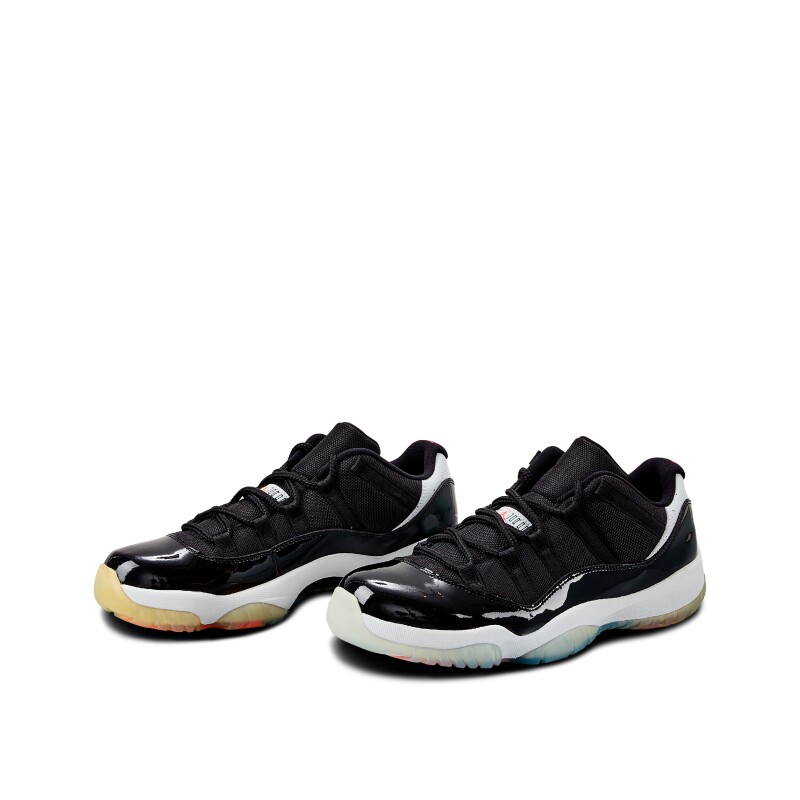 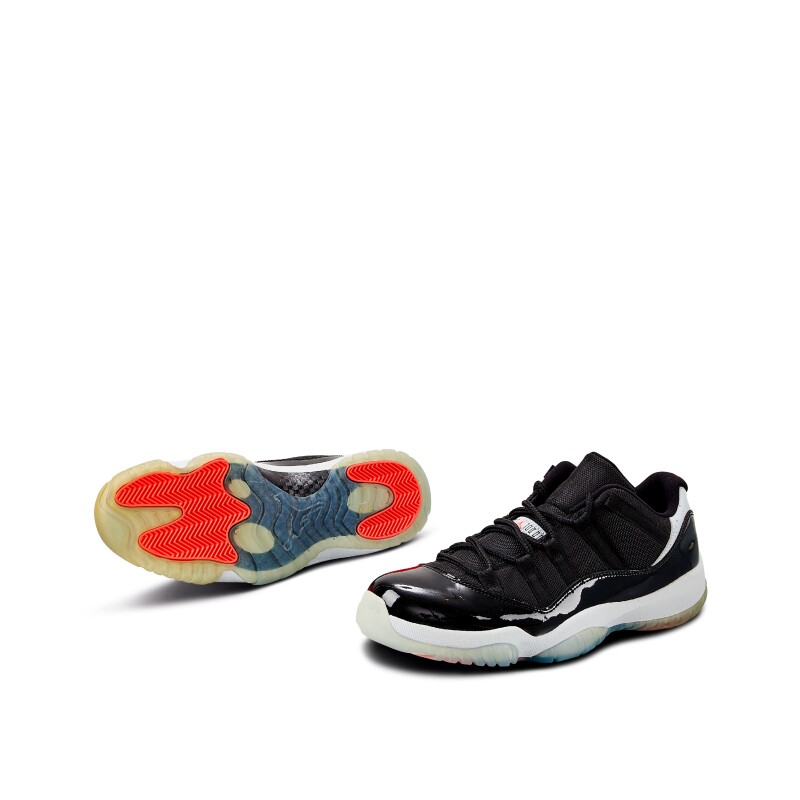 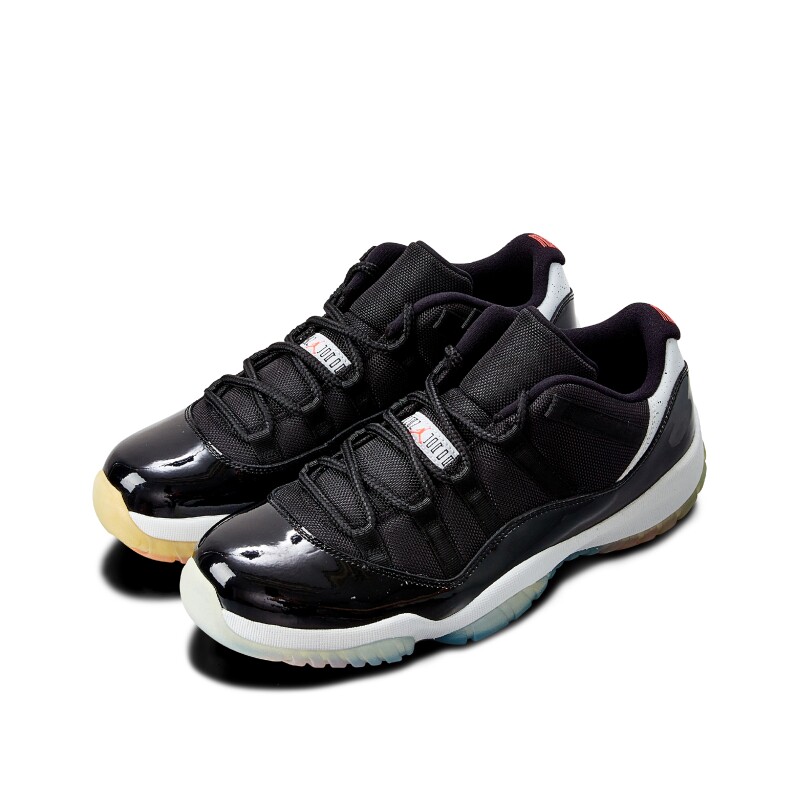 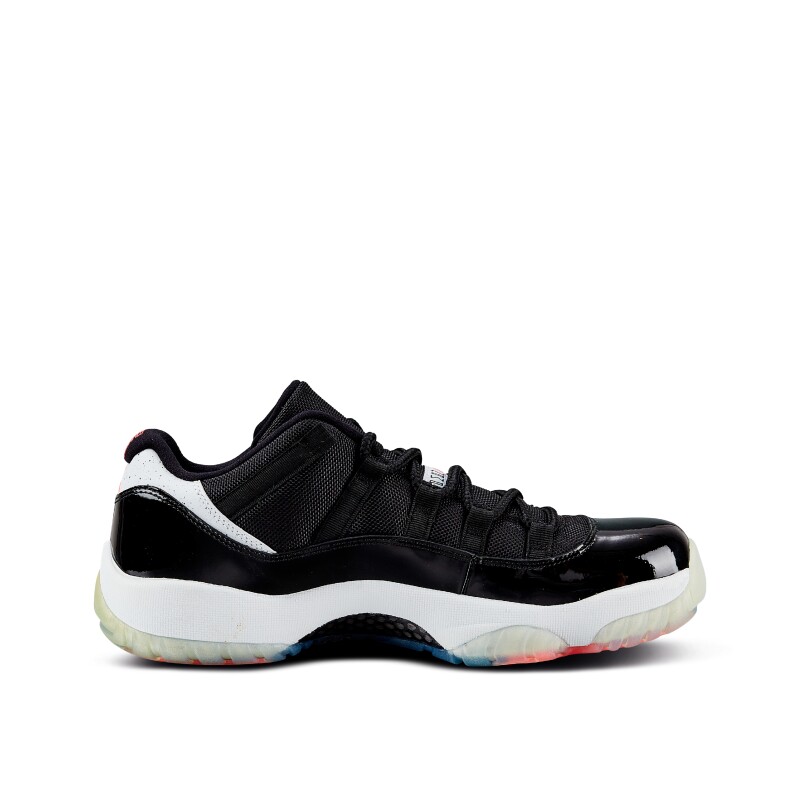 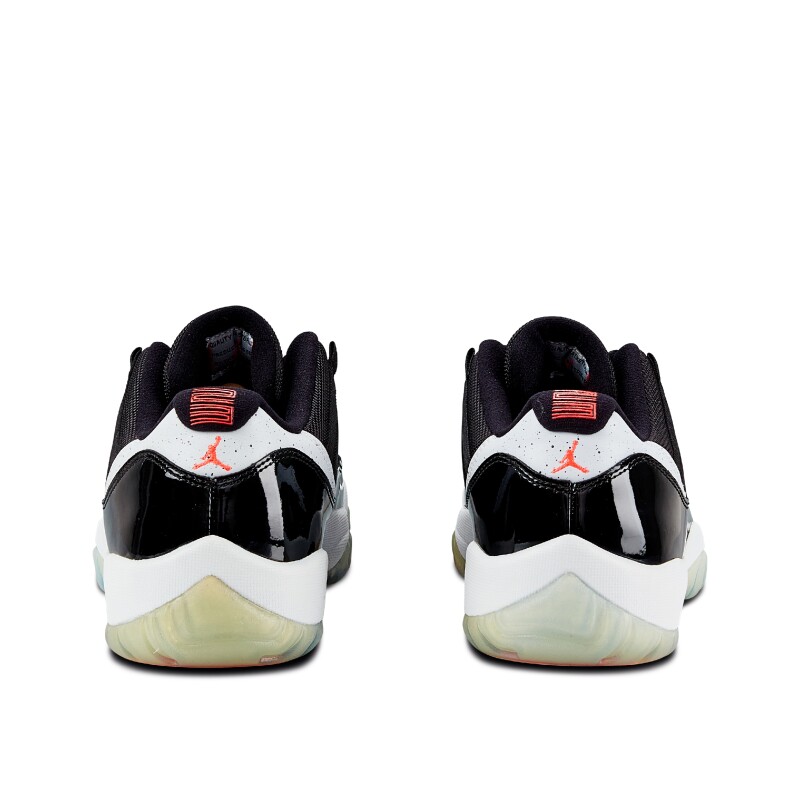 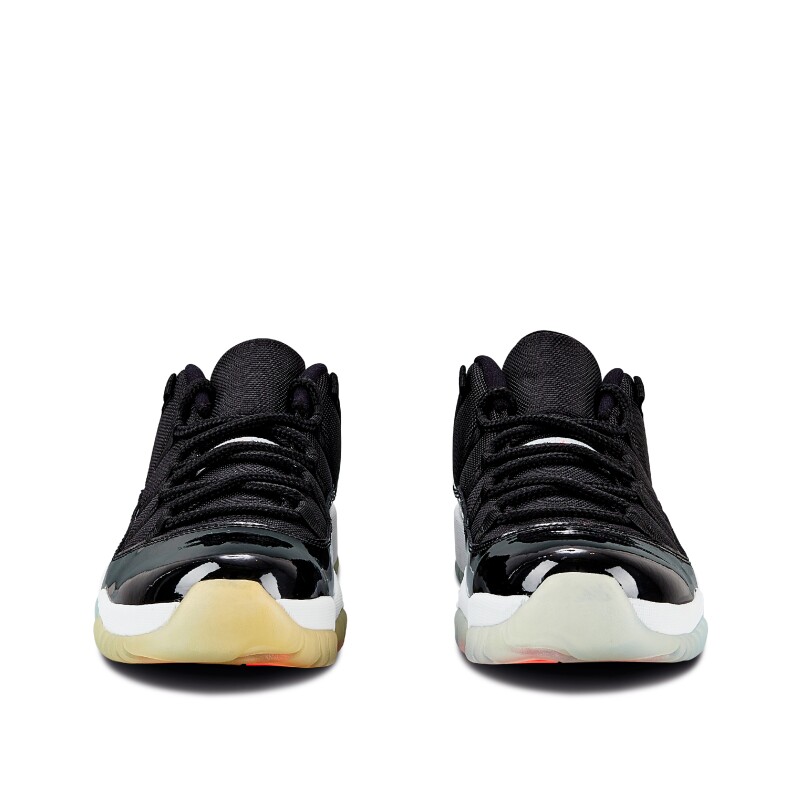 The Air Jordan 11 was originally worn by Michael Jordan throughout the 1995-1996 NBA season. First introduced in the white and black "Concord" colorway, the model was an instant standout from the rest of the Jordan line due to its incorporation of patent leather.

While the standard cut of the AJ11 was a high top, in the 1996 NBA Finals, Jordan was spotted wearing a black and red, low-cut version of the patent leather sneaker. In 2001, during the first run of retros for the Air Jordan 11, the brand introduced the Air Jordan XI low with the patent leather for the first time. Dressed in a predominantly black upper atop a white midsole, the Air Jordan 11 Retro "Infrared 23" features speckled detailing accents on the heel overlay. Complete with infrared accents on the branding, the herringbone pattern on the outsole is also featured in infrared.