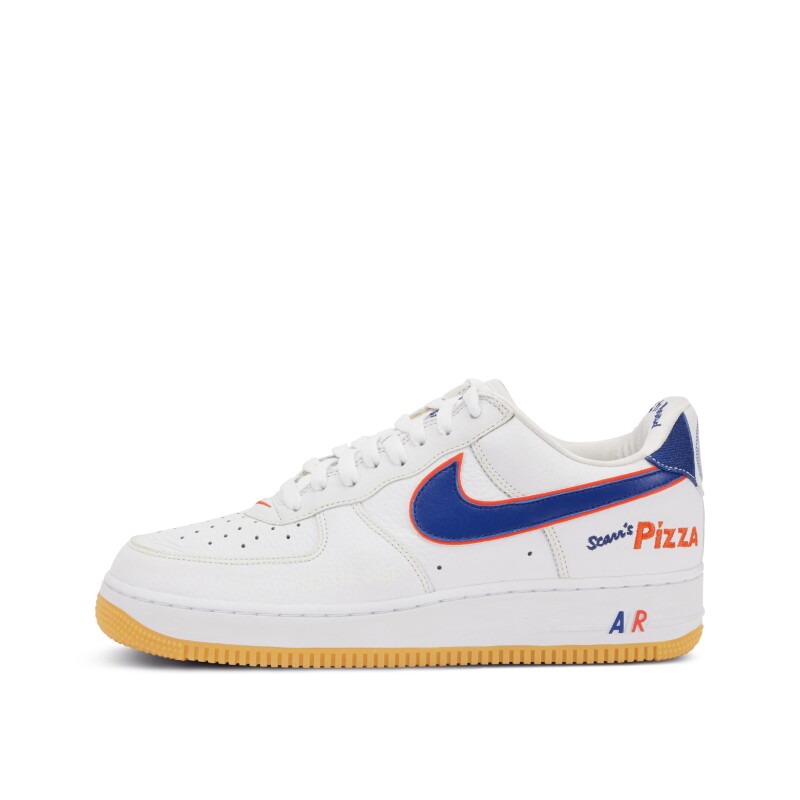 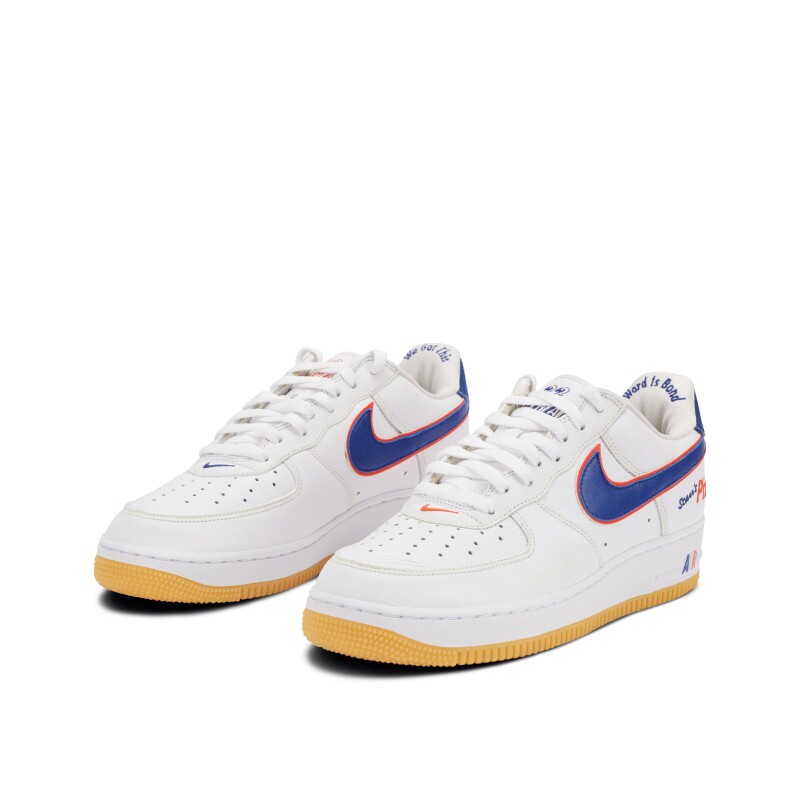 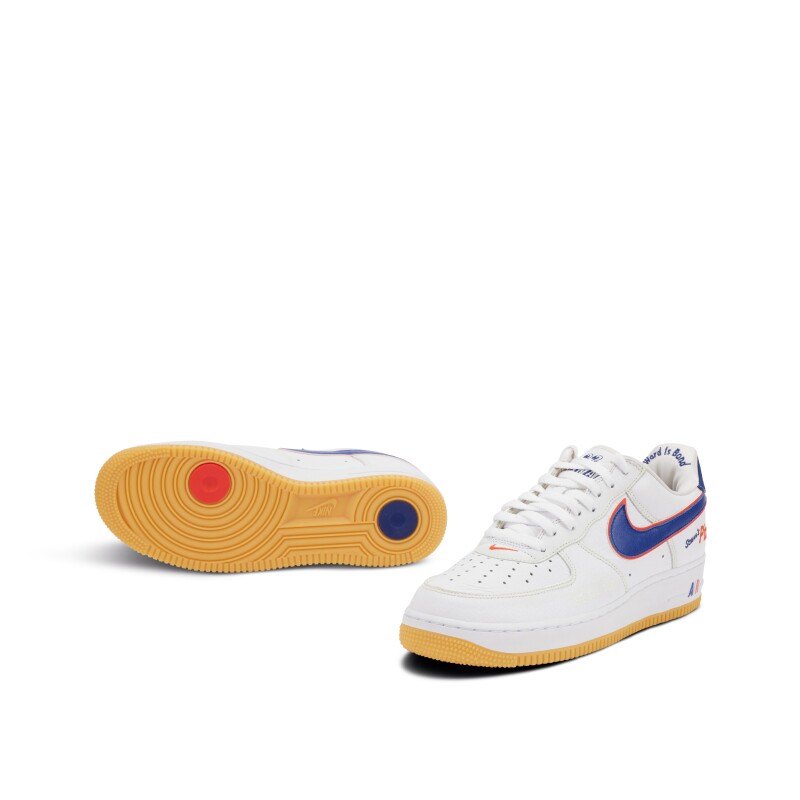 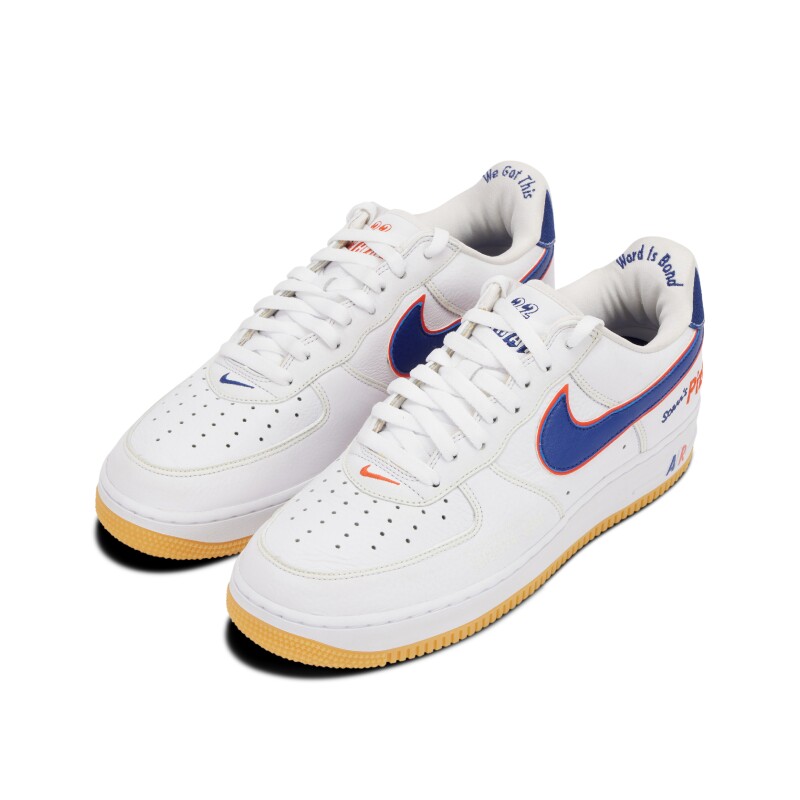 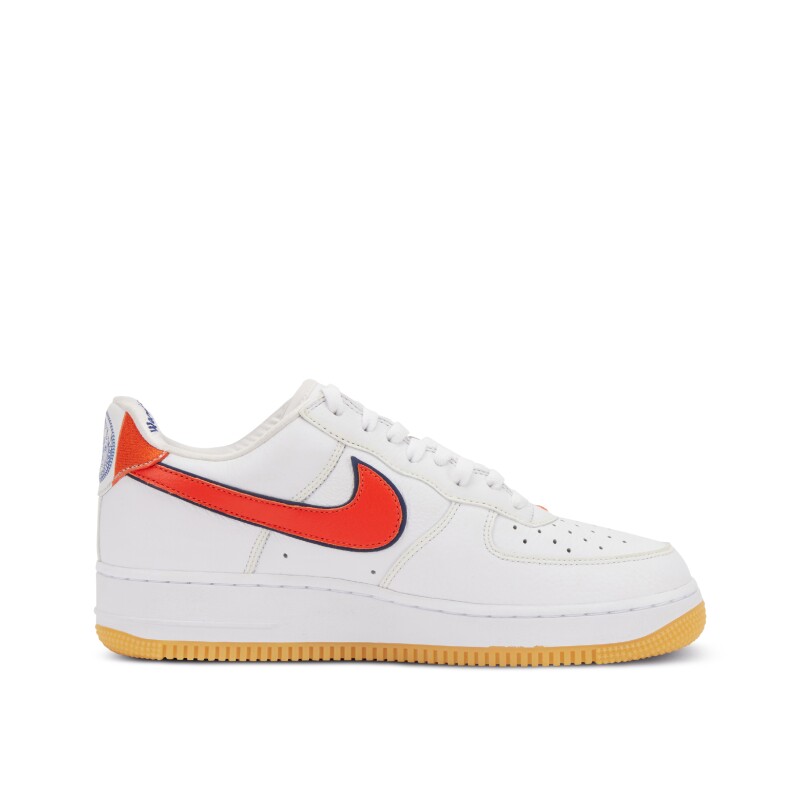 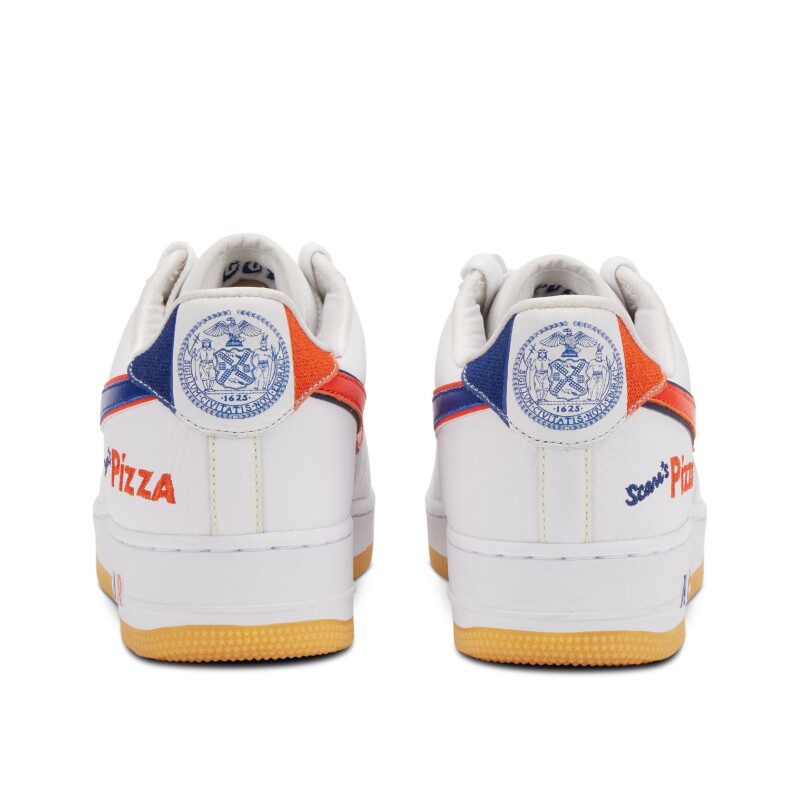 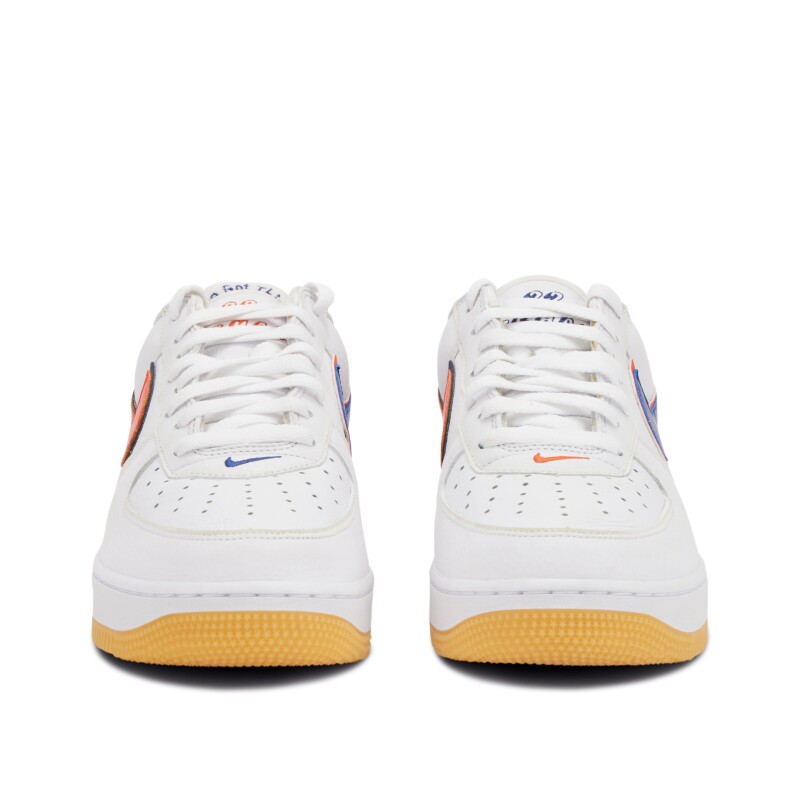 Nike Air Force 1 Hyperstrike Scarr’s Pizza is considered to be 1 of only 48 pairs. This Air Force 1 Hyperstrike was dropped in 2019 to friends and family of the much-loved New York Lower East Side establishment, Scarr’s Pizza.  Founder Scarr Pimental and team member Audie Villot had the idea to create an Air Force 1 that reflected the quality of the OG versions they grew up with and to commemorate their home city. Two years later, with the support of DJ Clark Kent, the unique collaboration with Nike was celebrated among the community who helped fuel their success.

Cardboard box is creased and dented in areas.