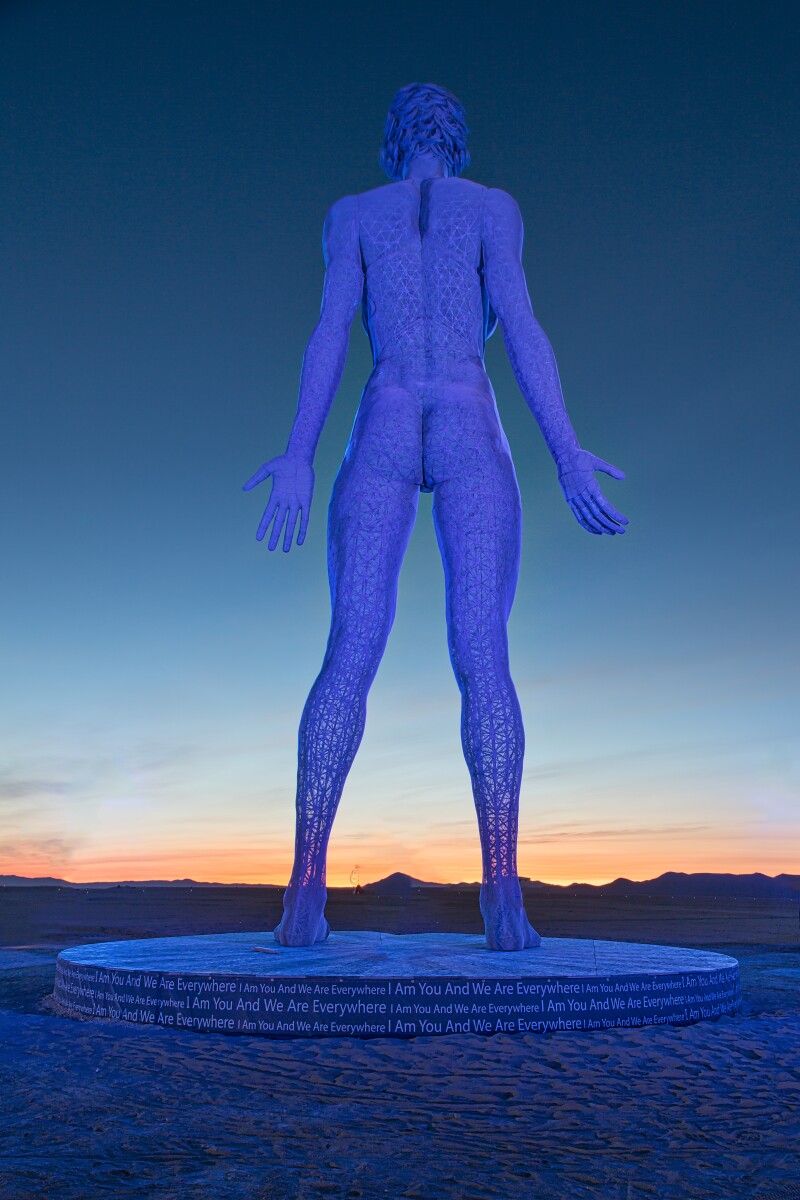 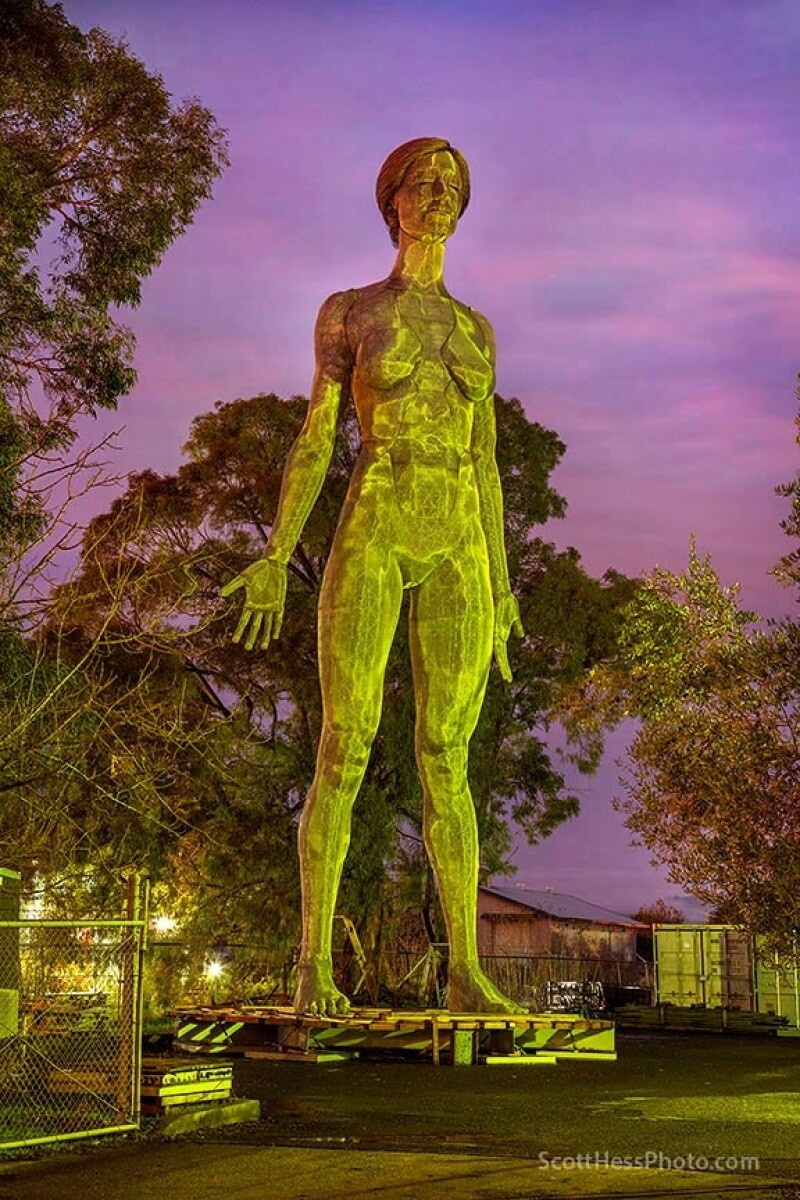 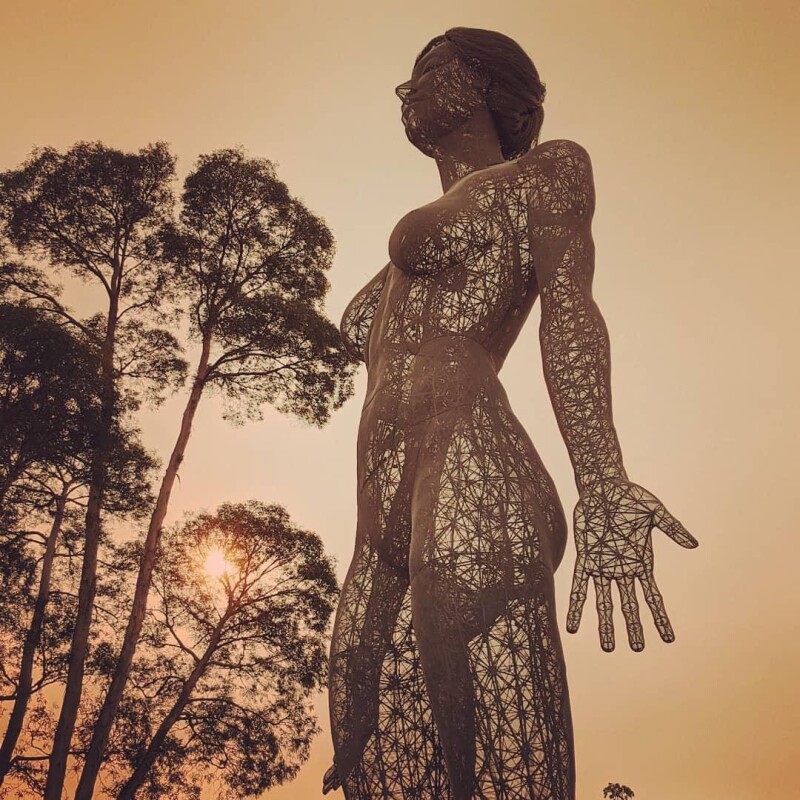 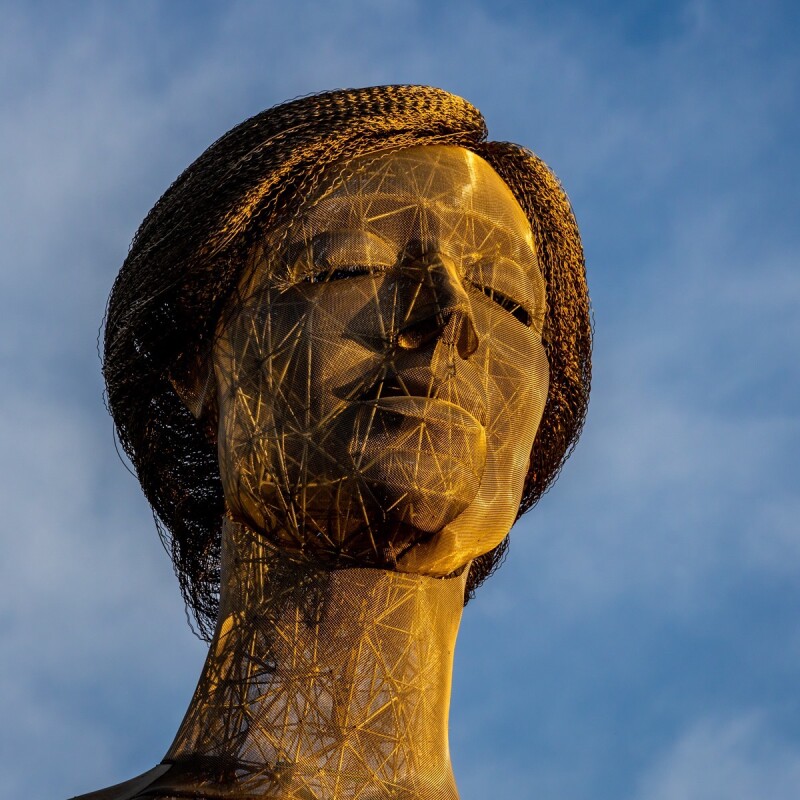 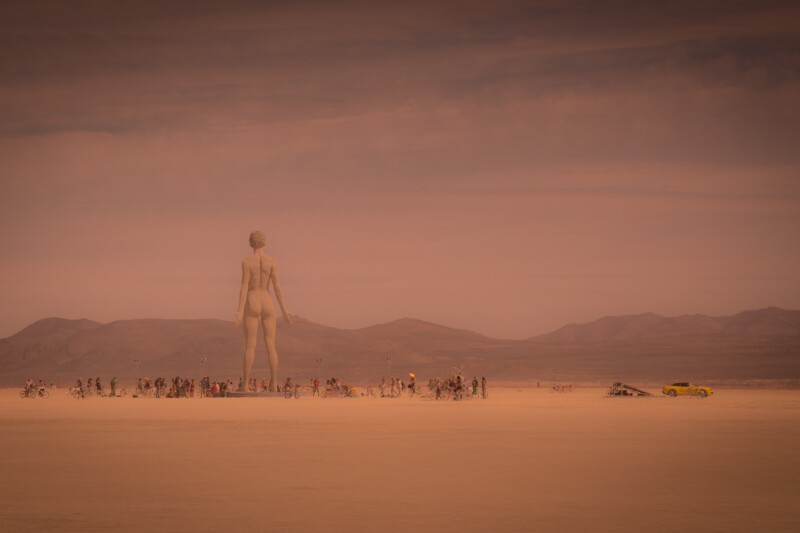 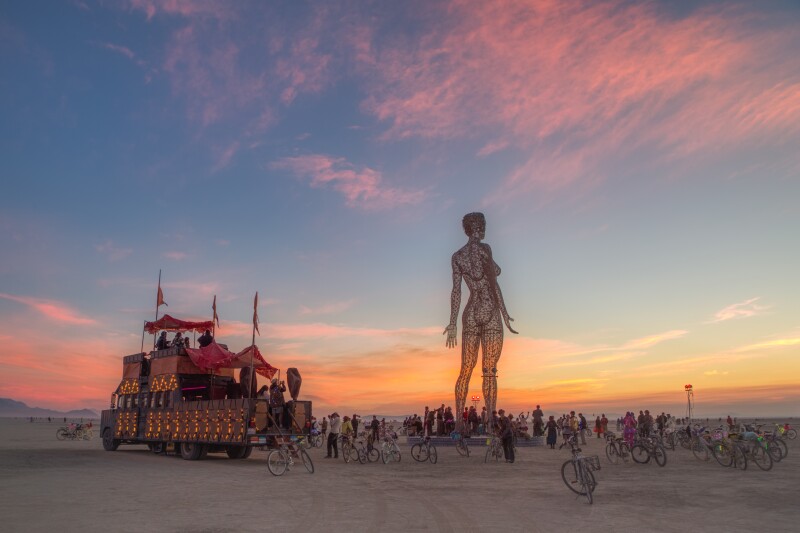 R-Evolution is the third and final sculpture in the series of three monumental sculptures, The Bliss Project, by Marco Cochrane of a woman, Deja Solis, expressing her humanity. At 48-feet tall, R-Evolution was debuted at Burning Man 2015 and is currently installed in Petaluma, CA.

R-Evolution and the other sculptures in The Bliss Project are intended to demand a change in perspective… to be catalysts for social change. They are intended to challenge the viewer to see past the sexual charge that has developed around the female body, which has been used for power and control, to the human being. They are intended to de-objectify women and inspire men and women to take action to end violence against women, thus allowing both women and men to live fully and thrive.

Another collaboration with Deja Solis, R-Evolution is different than Bliss Dance and Truth is Beauty. There is no overt action in her expression; she is not dancing in the face of danger, she is not reaching to meet herself and find her own truth. In R-Evolution, Deja explores and expresses what she feels like when she can just be...a whole person... a woman, radiating her energy into the world calm…just breathing.  R-Evolution captures all of Deja's expression, including her breathing, through a collaboration with Matt Davis, Ziggy Drosdowski and Warren Tresveant.

R-Evolution was sculpted by hand by Marco using classical sculpting techniques starting with a ¾ life-size clay original. Using a Pantograph – a medieval-era enlargement tool – Marco sculpted a 15-foot clay version, and then using the Pantograph, tripled the sculpture again to her final metal form. The completed 48-foot sculpture is made of steel rod and tubing, utilizing two layers of geodesic triangles (necessitating 55,000 welds) covered by a stainless-steel mesh.