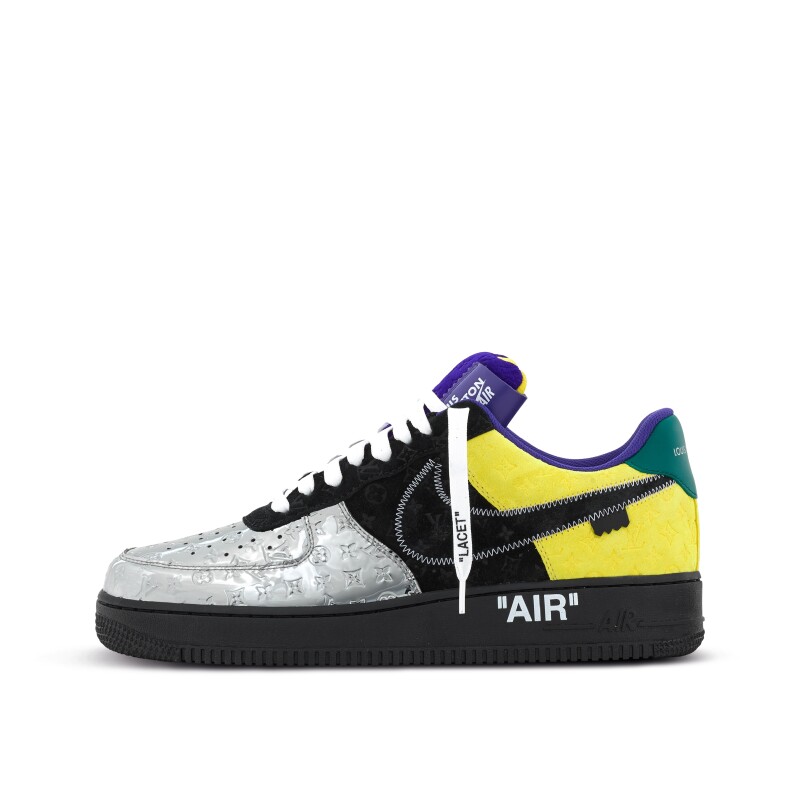 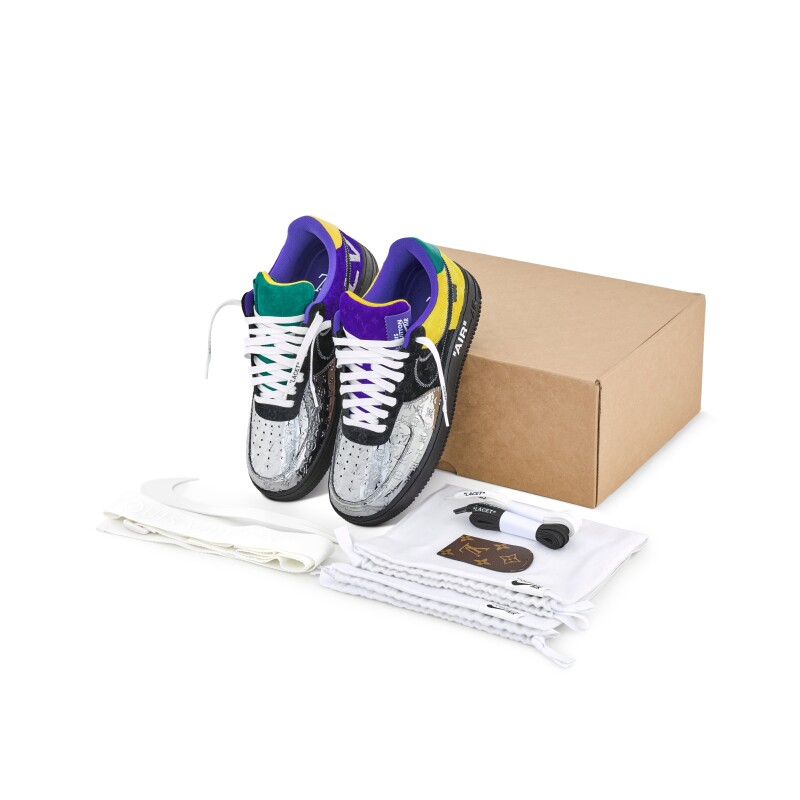 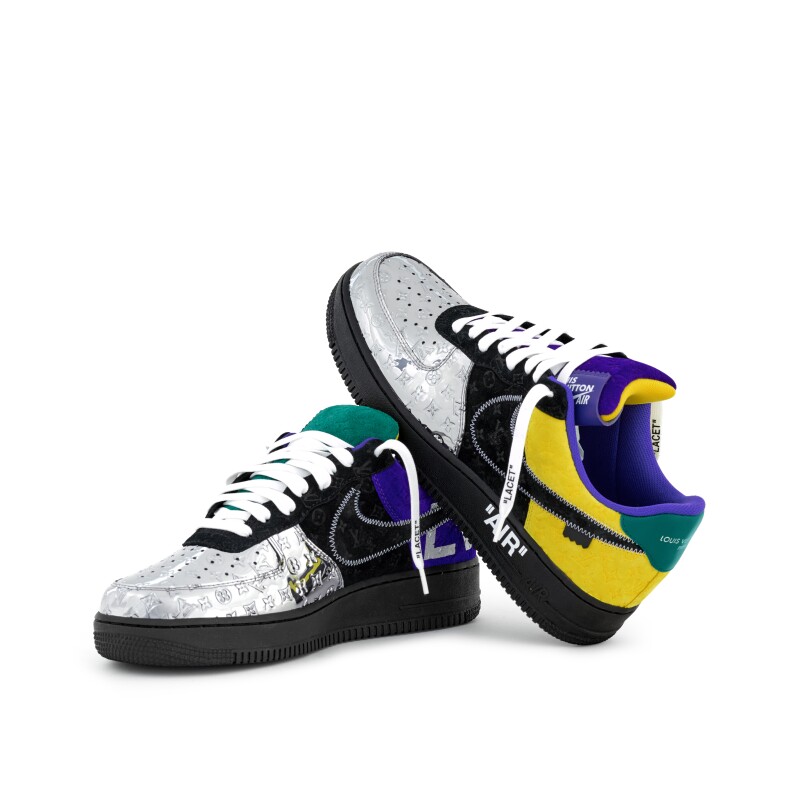 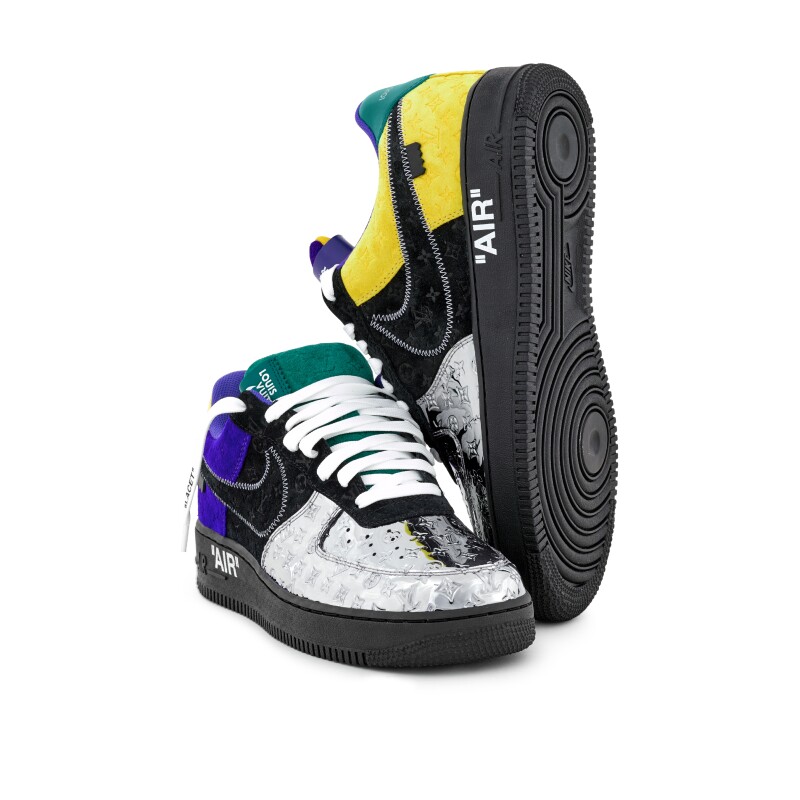 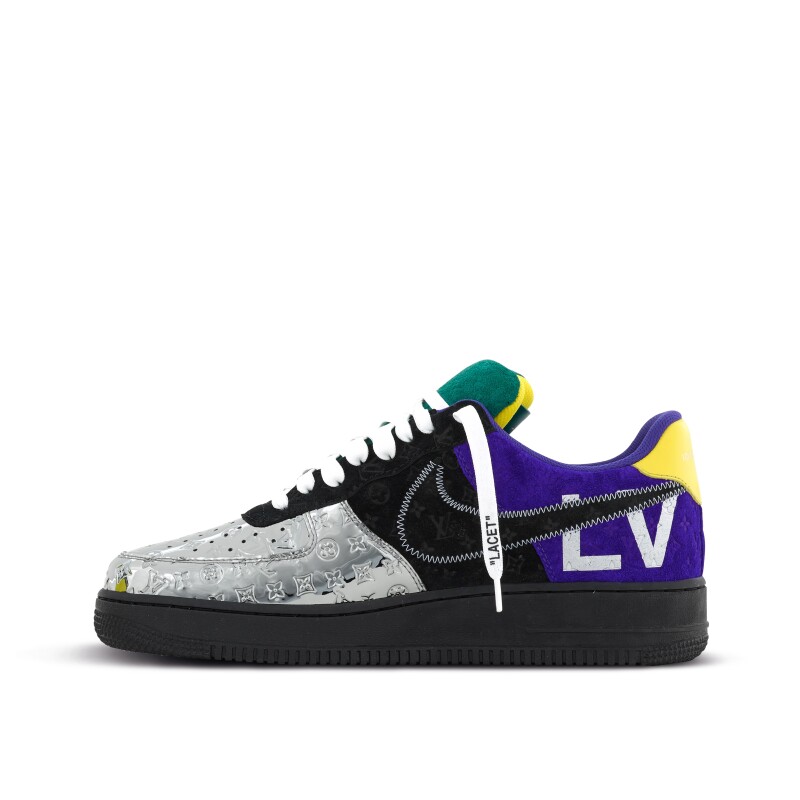 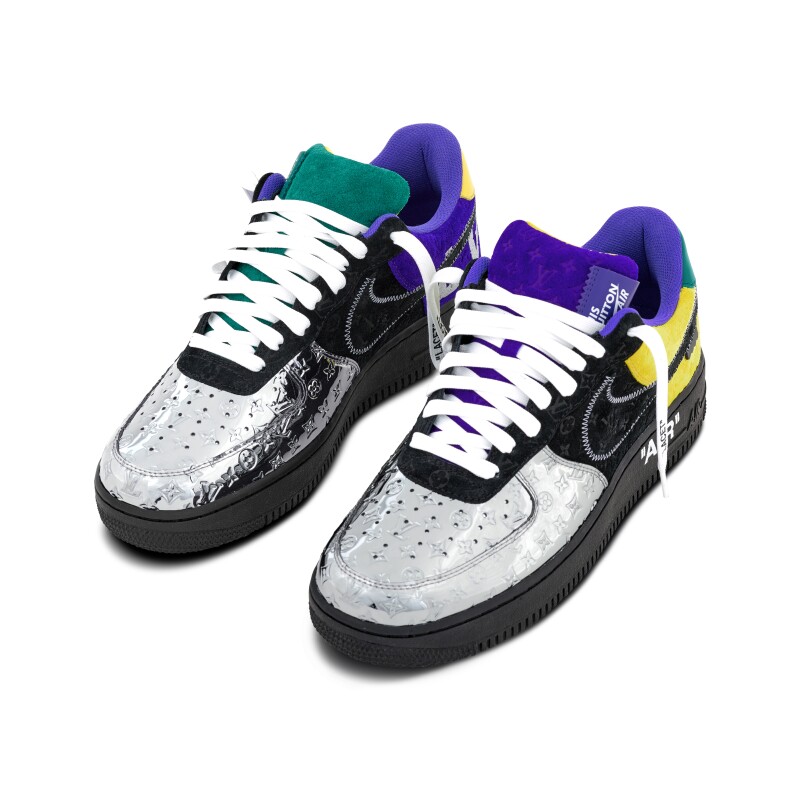 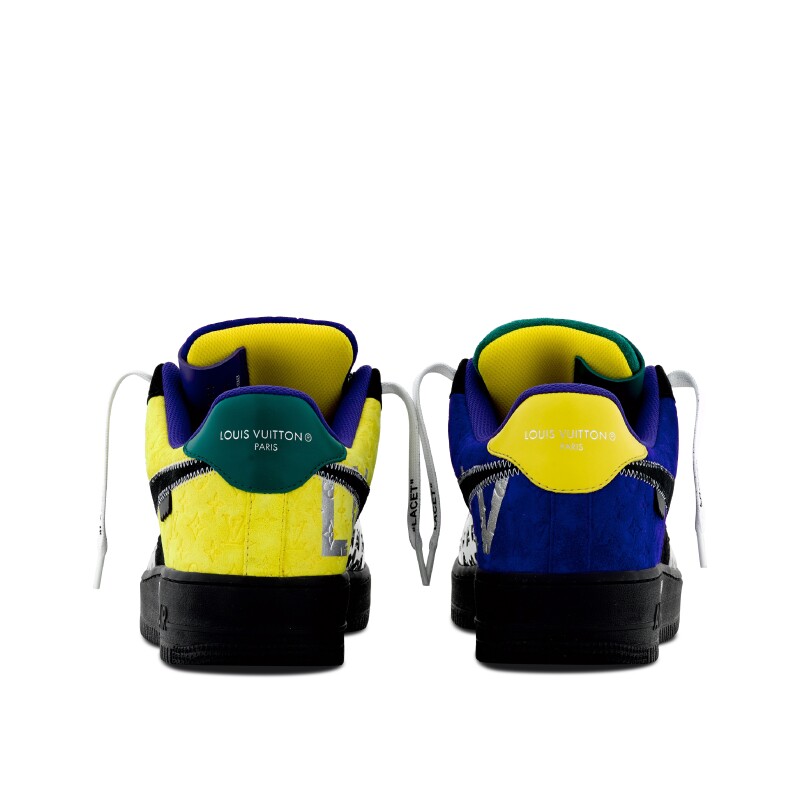 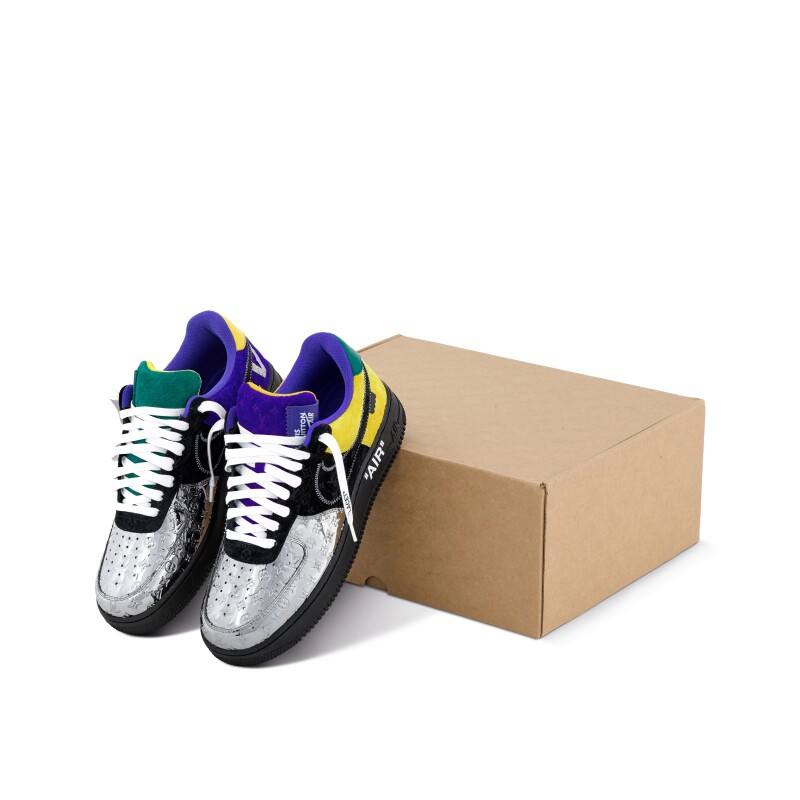 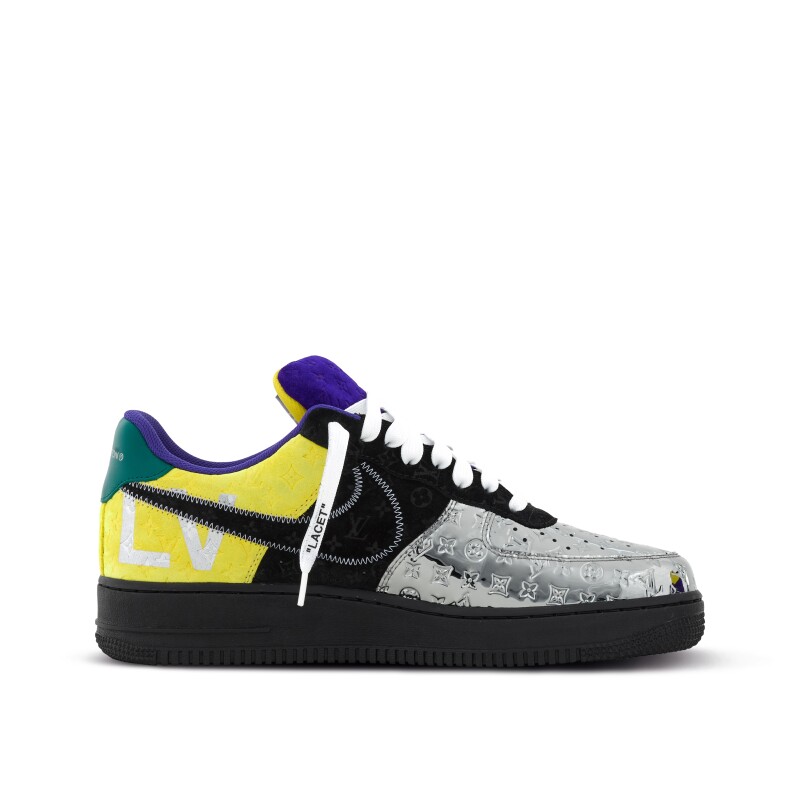 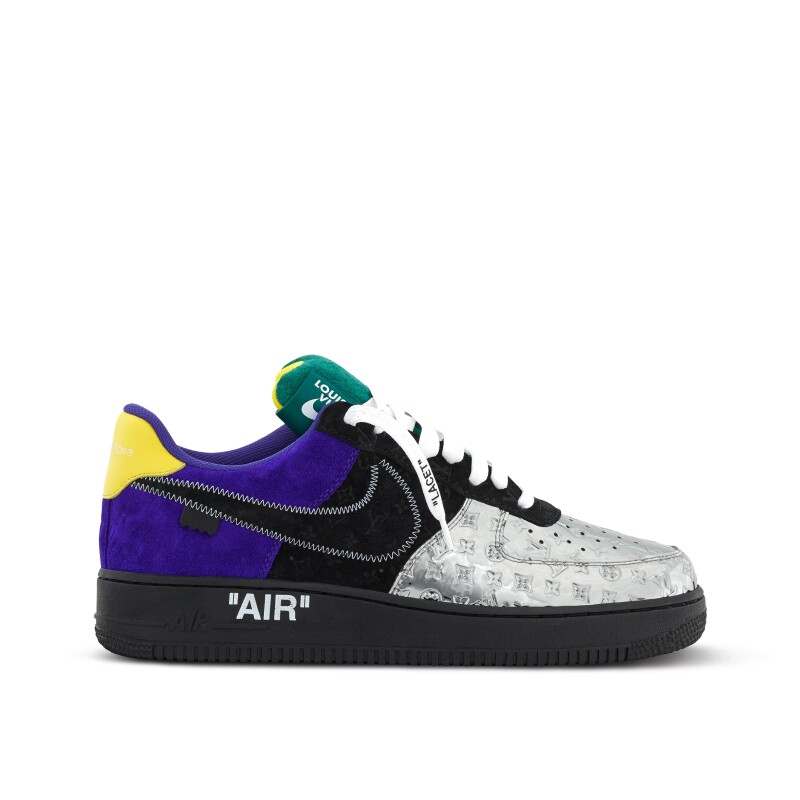 In total, Virgil Abloh designed 47 bespoke pairs of the Nike “Air Force 1” for the Louis Vuitton Spring-Summer 2022 show in collaboration with Nike. To distinguish them from the original Nike Air Force 1, the sneakers were made with materials employed in Abloh’s Louis Vuitton men’s collections and styled with his signature quotation marks, echoing the written graphics Abloh used to adorn the shoes with. Every pair was made by Louis Vuitton in Fiesso d’Artico, marking the first time the AF1 model was crafted outside of a Nike factory.

Slight crease on bottom left of the box.