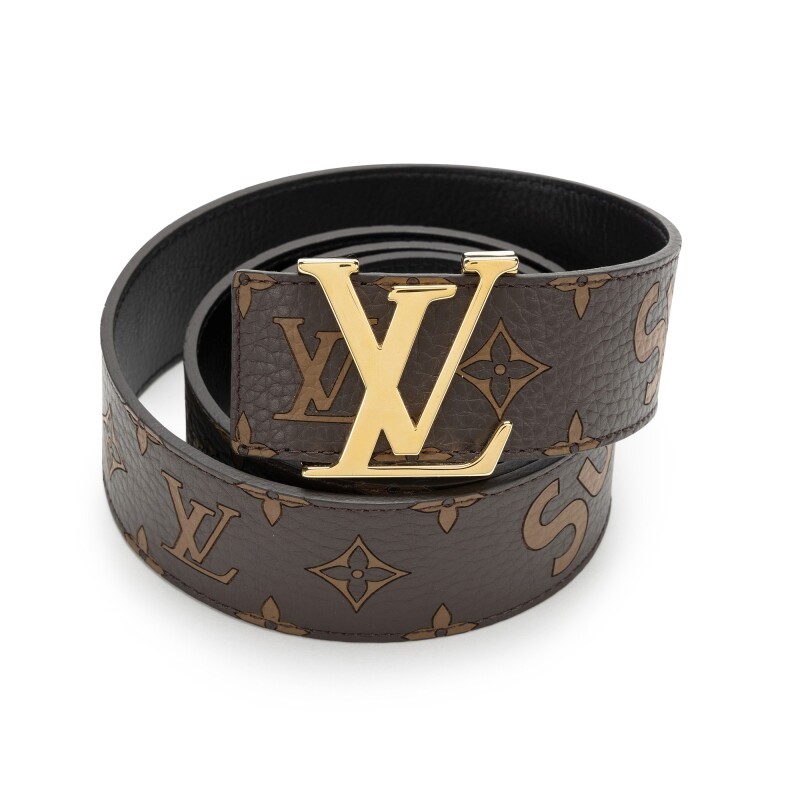 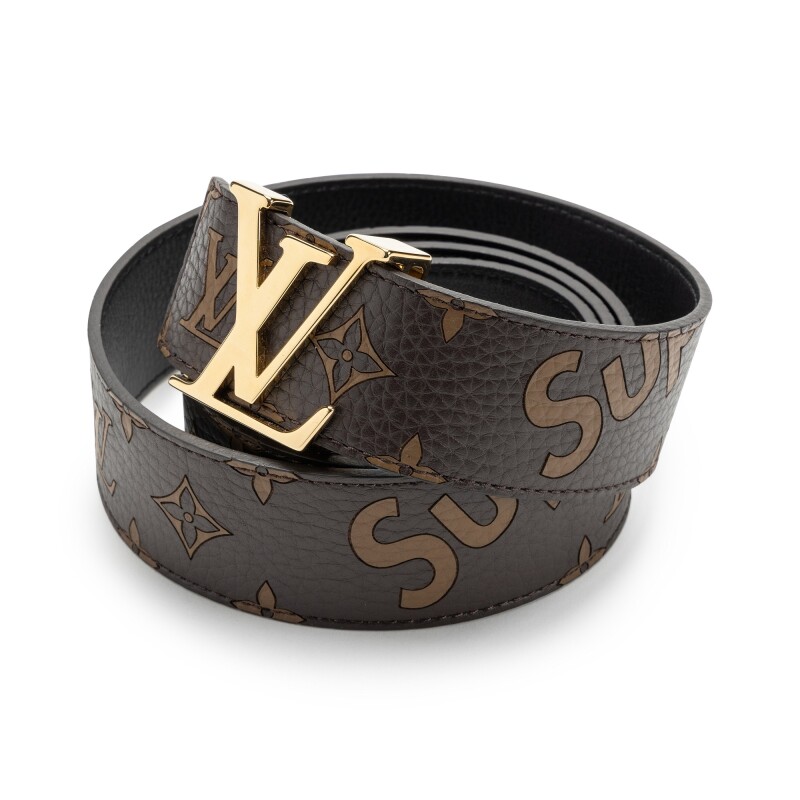 Led by Vuitton’s creative director Kim Jones and Supreme’s founder James Jebbia, the collection was a pivotal moment in fashion, blurring the lines of street and luxury. As stated by Louis Vuitton, the collection titled “Friends and Heroes” is “a representation of the excellence of a New York street style and the Louis Vuitton’s French savoir-faire.”

Made from premium leather and Monogram coated canvas, this Louis Vuitton x Supreme Initiales belt can be worn two ways: One side is solid, rich brown leather, and the other displays the combined LV x Supreme Monogram pattern in brown and tan. A large removable gold-tone LV Signature buckle completes the belt’s design.