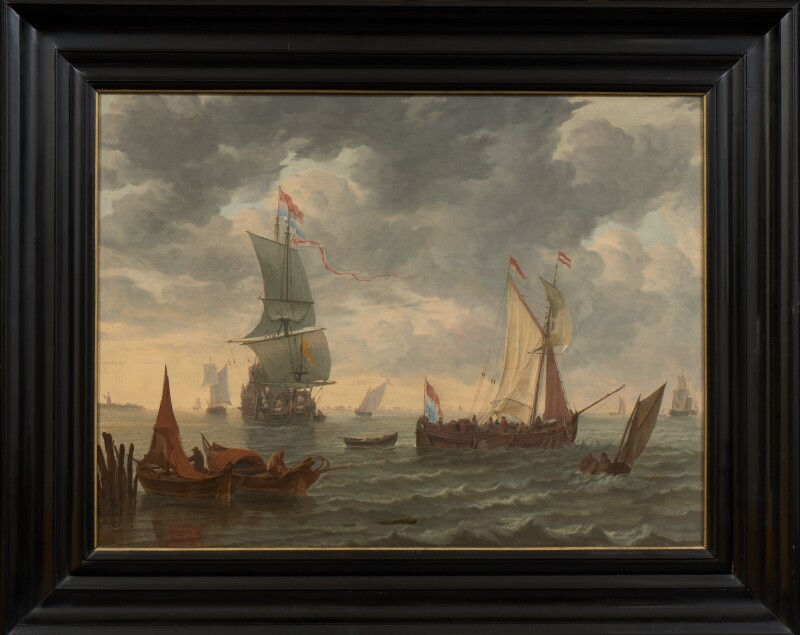 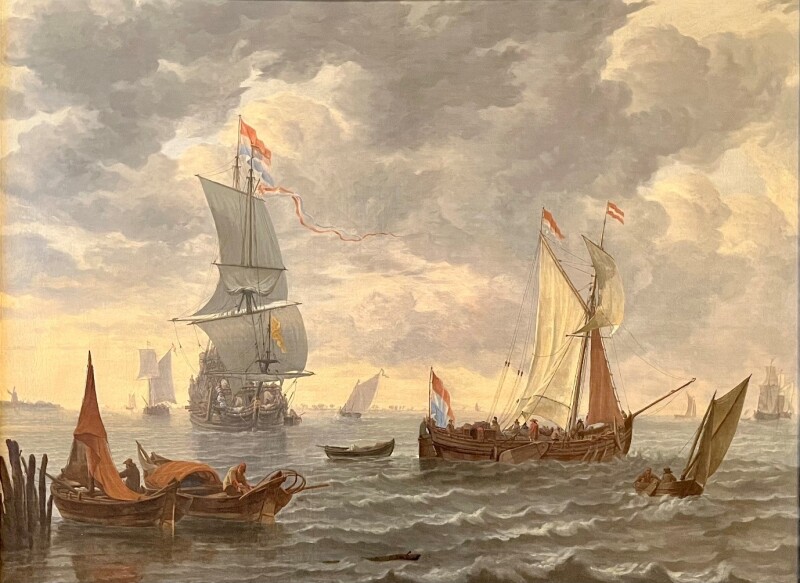 Lieve Verschuier, A Dutch man-of-war, a wijdschip and other vessels near a jetty, 59 x 79.5cm, o/c

﻿signed 'L. Verschuier' on a piece of driftwood lower centre

Details
LIEVE PIETERSZ. VERSCHUIER
Lieve Verschuier, A Dutch man-of-war, a wijdschip and other vessels near a jetty, 59 x 79.5cm, o/c

﻿signed 'L. Verschuier' on a piece of driftwood lower centre

With Rob Kattenburg, Breukelen, by 1998;

From whom acquired by the present owner.

The 17th Century painter Lieve Verschuier is known for his atmospheric marines and unusual lighting effects. His most distinctive compositions depict dramatic scenes at sea, emphasising the atmospheric conditions. Arnold Houbraken suggested that a trip to Italy in 1655 may have inspired him to paint these effects.1 In this painting he combined an idyllic sunrise with a clouded sky. Creating an interesting contradiction between the luminous warm light of the setting sun in the late afternoon and the dark stormy clouds in the upper half of the composition.

Active in Rotterdam, Verschuier painted many different maritime subjects. In this painting the artist’s interest in naval activities is evidently shown. The different types of ships show the Dutch diligence at sea. In the lower left corner two smaller vessels are docking at a jetty; perhaps they are fisherman unloading their catch. A so-called wijdschip in the centre of the painting is stacked with trade goods. Multiple merchants on board of the ship are recognizable by their fine clothes. An impressive man-of-war with waving banners is in full sail behind the wijdschip. The ship is lit from behind and therefore depicted cloaked in shadow, highlighting its place in the composition as well as its power at sea.