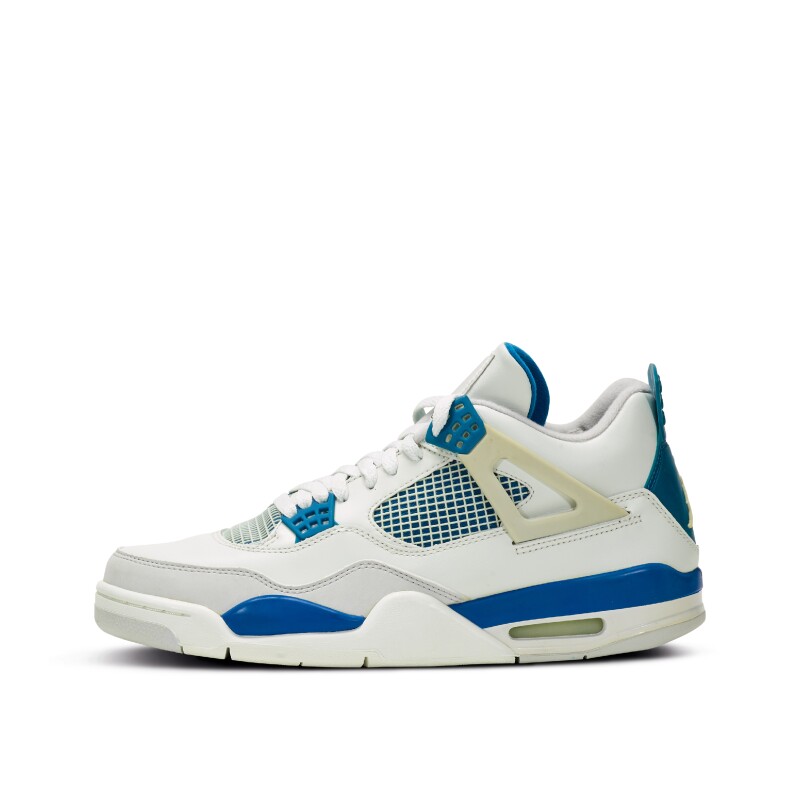 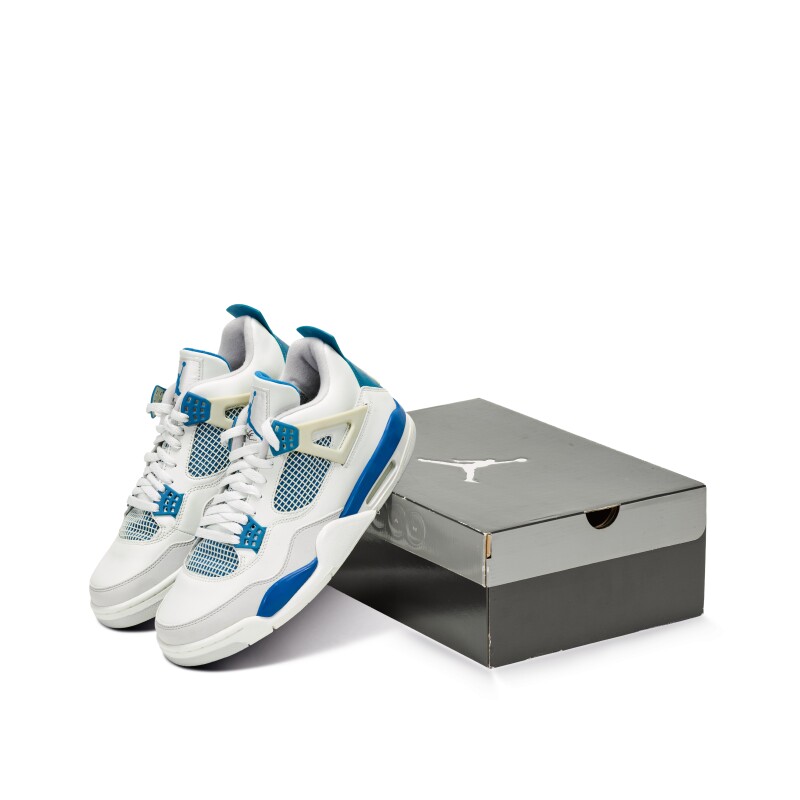 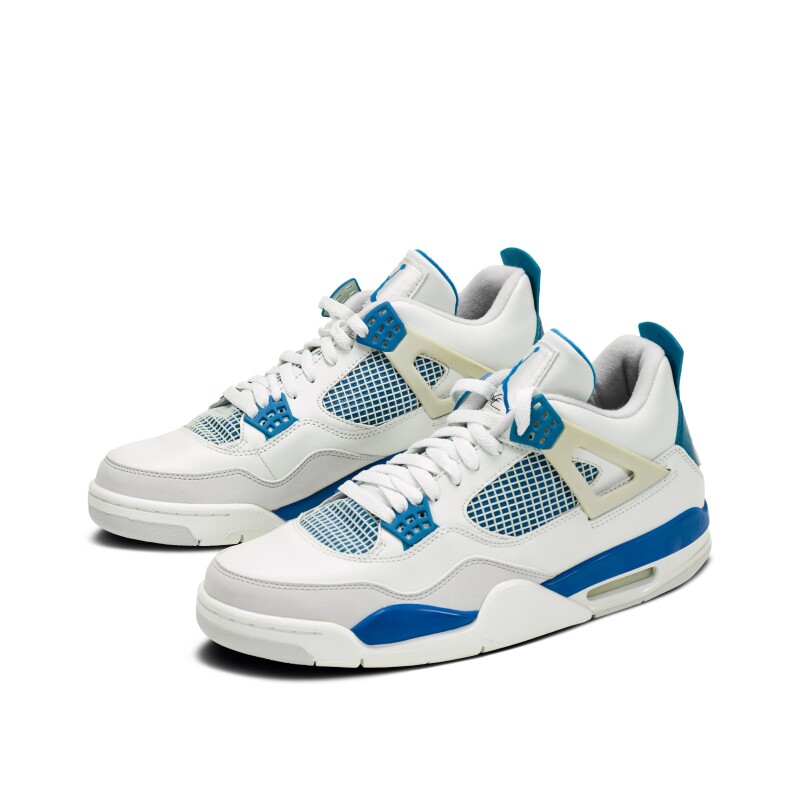 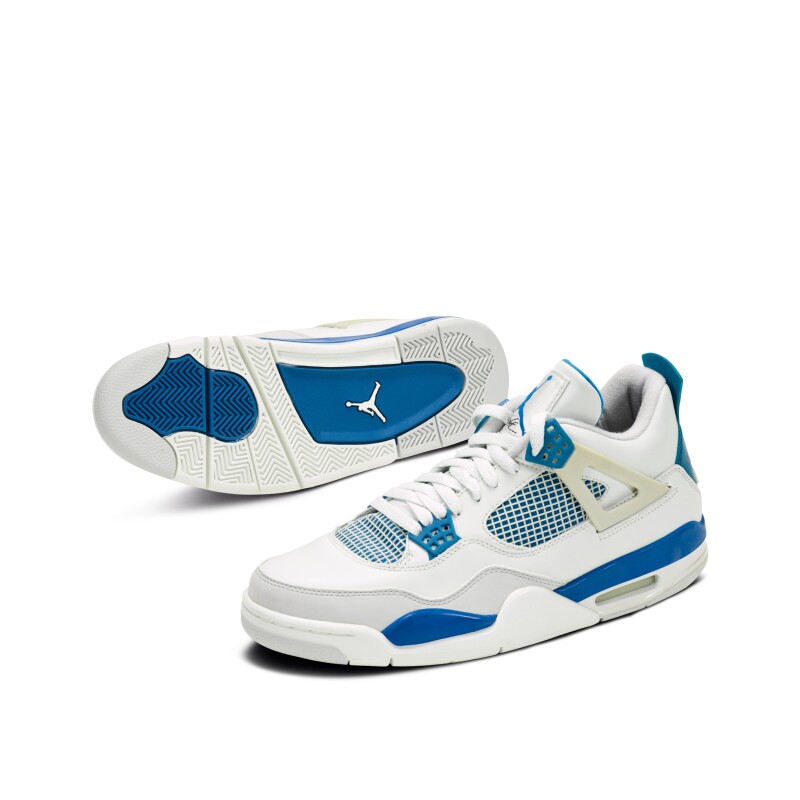 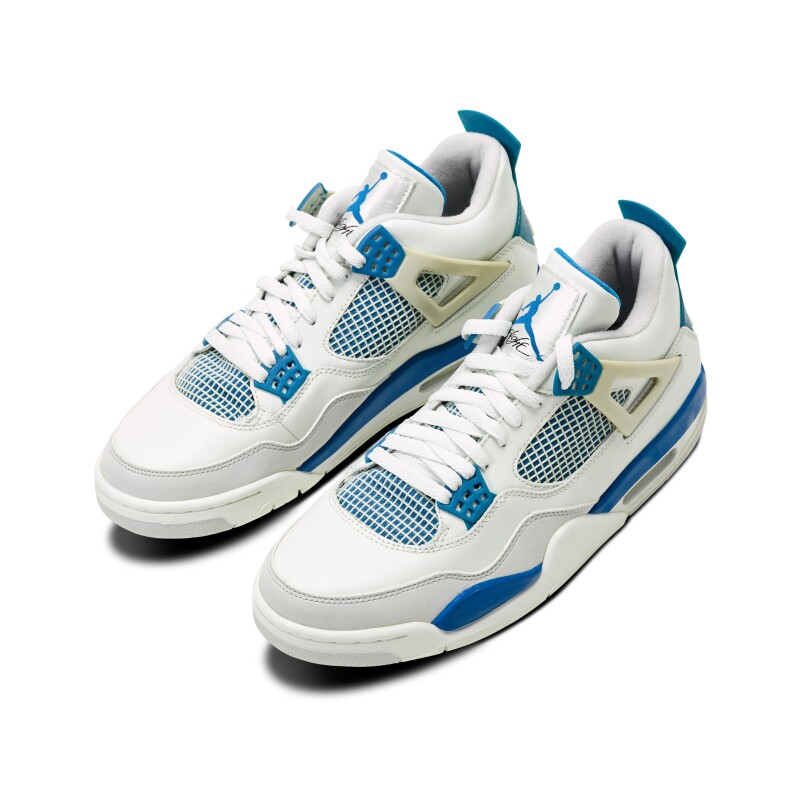 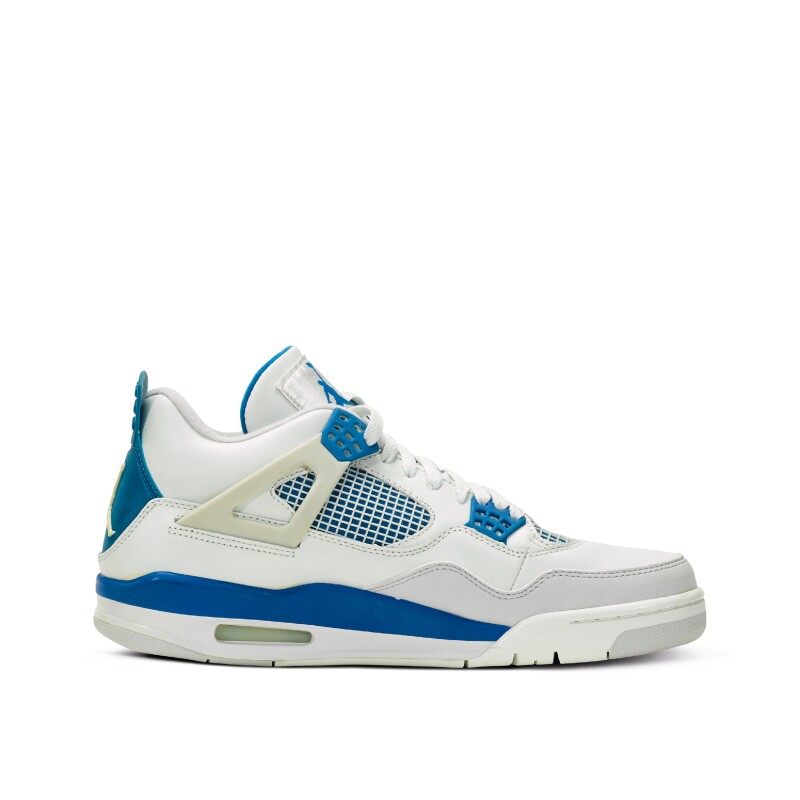 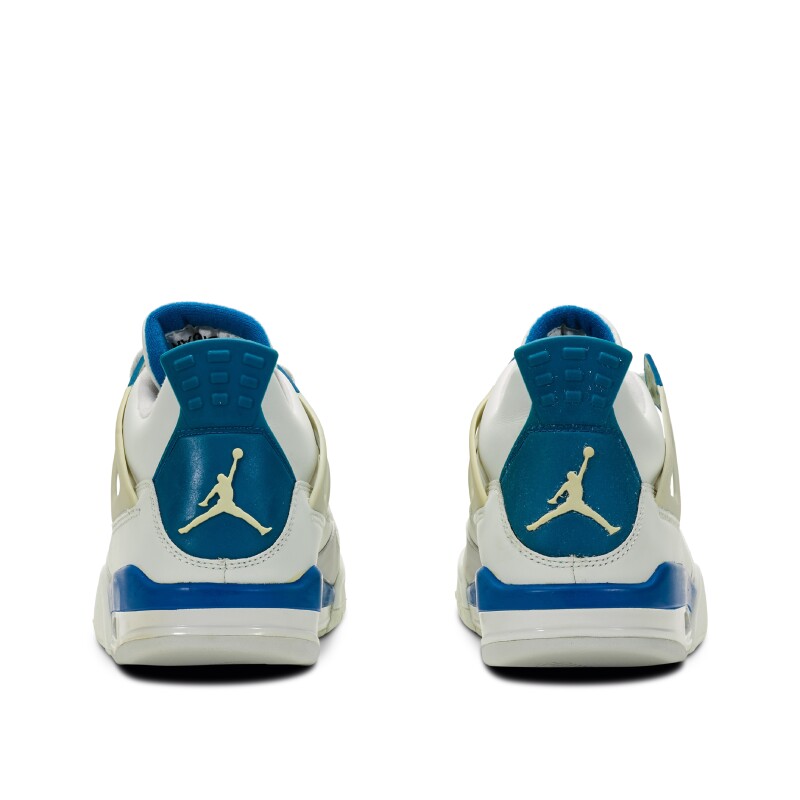 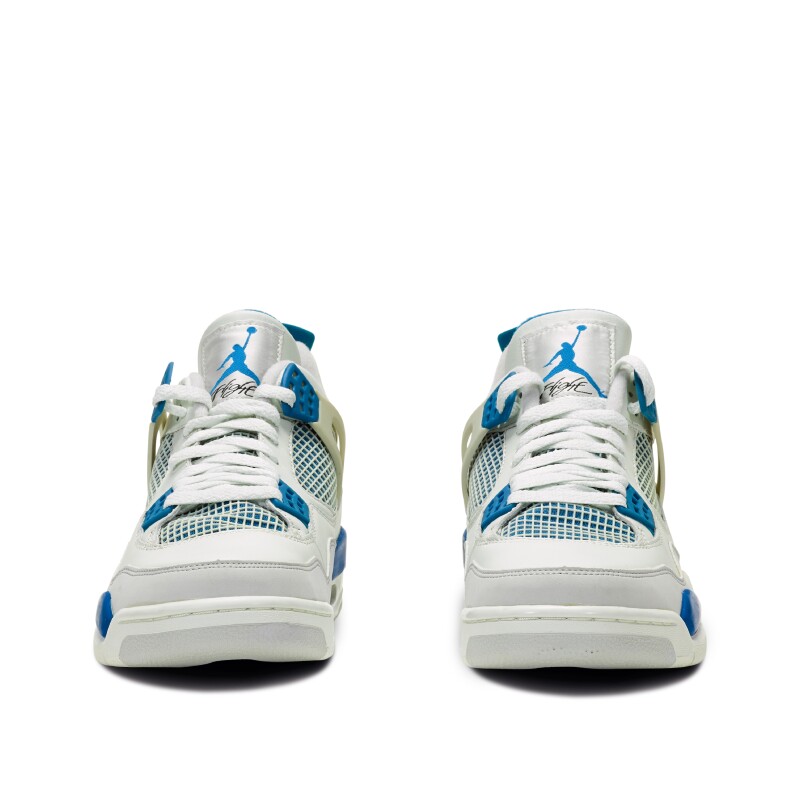 Dropping in 2006, this was the first time that the OG Nike Air Jordan 4 Military Blue colorway had been reintroduced. As one of the original colors released in 1989, this pair shares the same famous two-tone colorway, while also having some small differences.

In a white leather upper with Military Blue contrasting heels, eyelets and midsole, this basic colorway was an immediate purchase for any true Jordan fan, being the first time the pair had been released in over 15 years. Different from the original 1989 Air Jordan 4s, these retros featured the Jumpman logo on the heel tabs as opposed to the Nike Air logo.

Yellowing on wings and net.