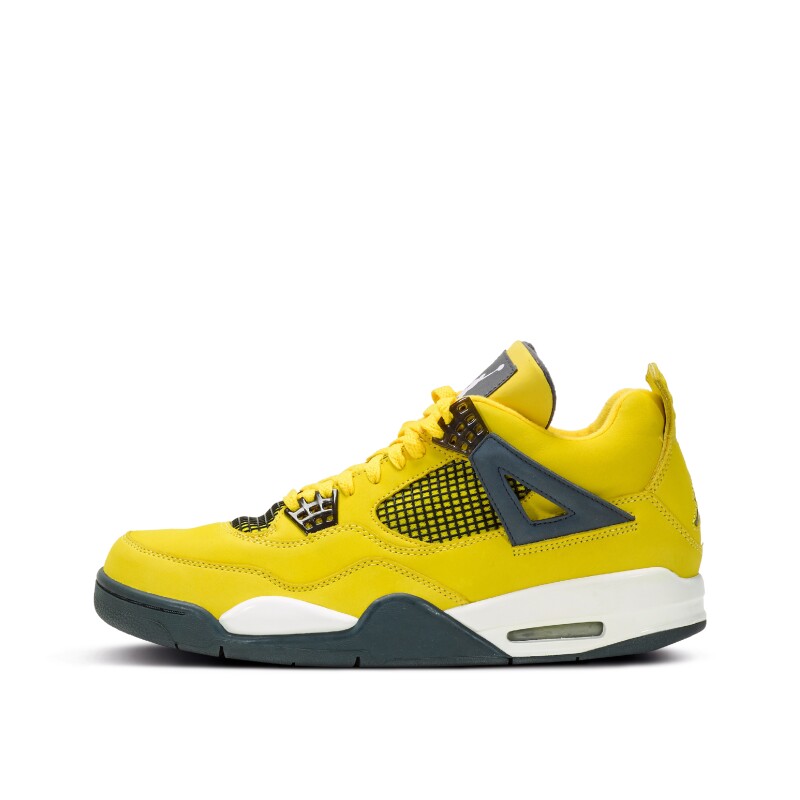 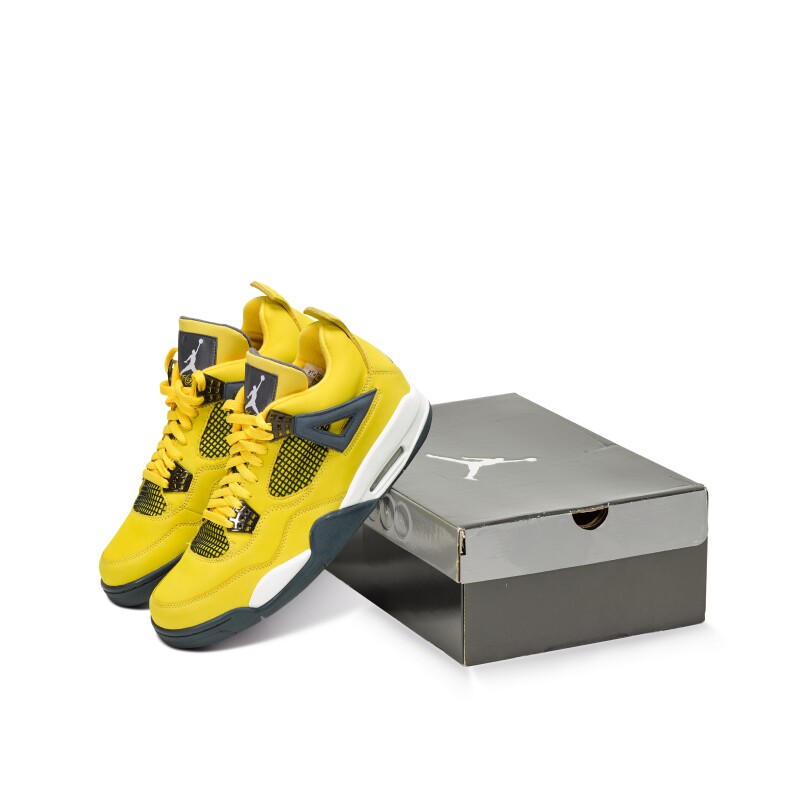 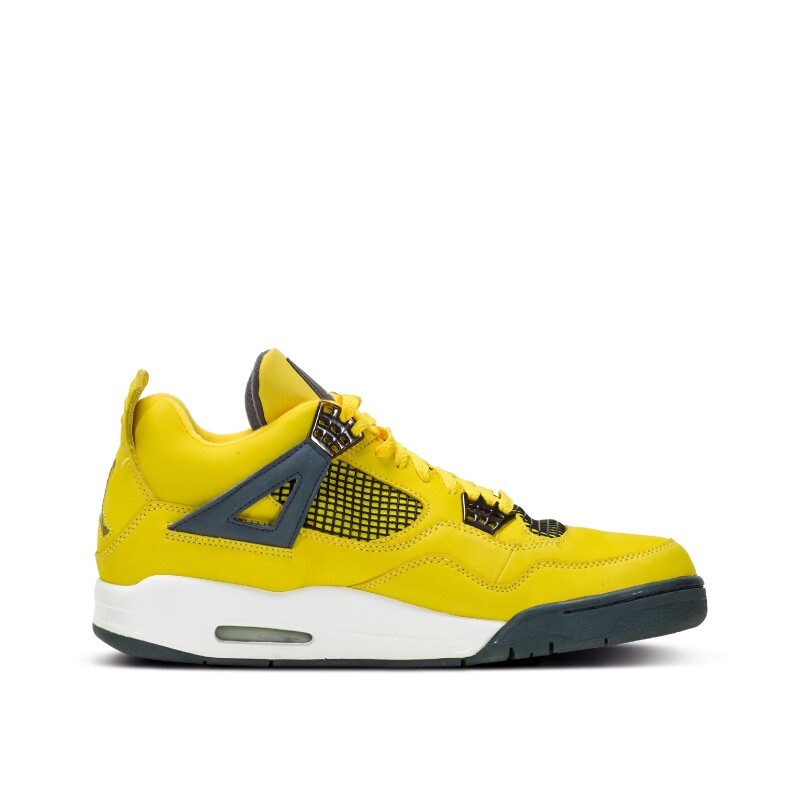 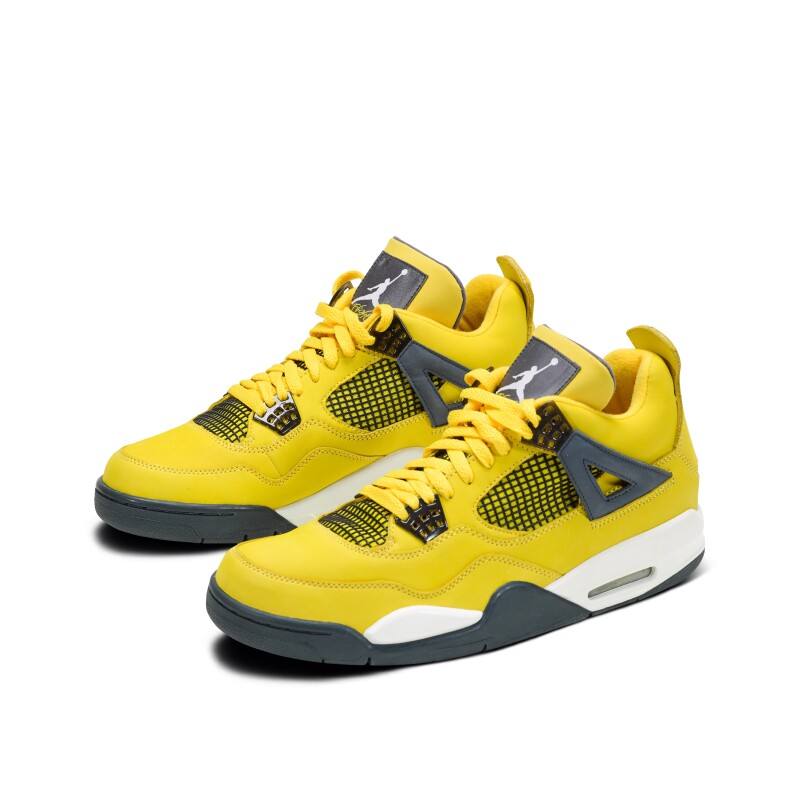 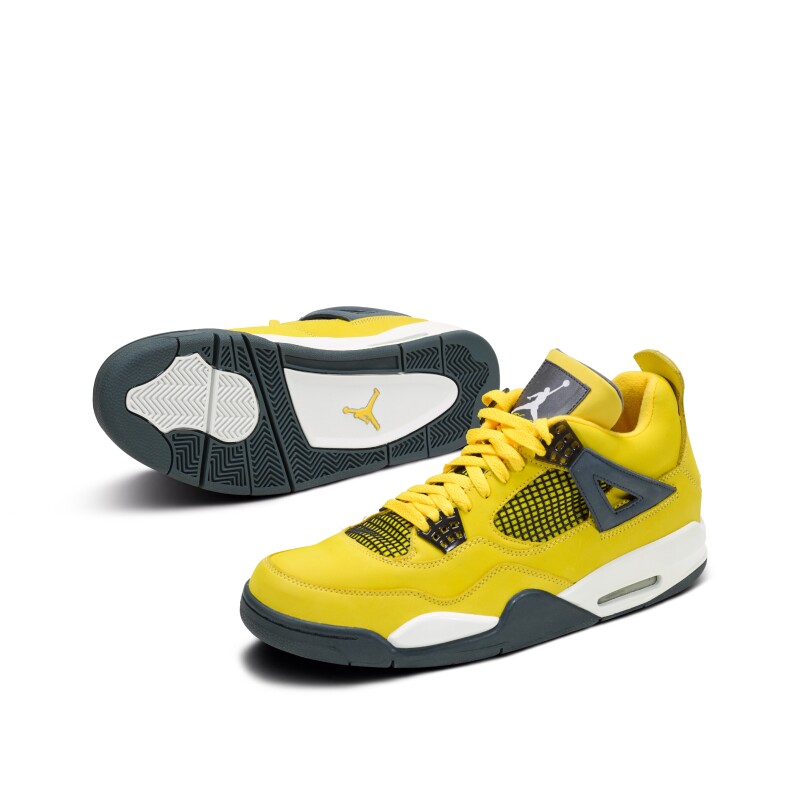 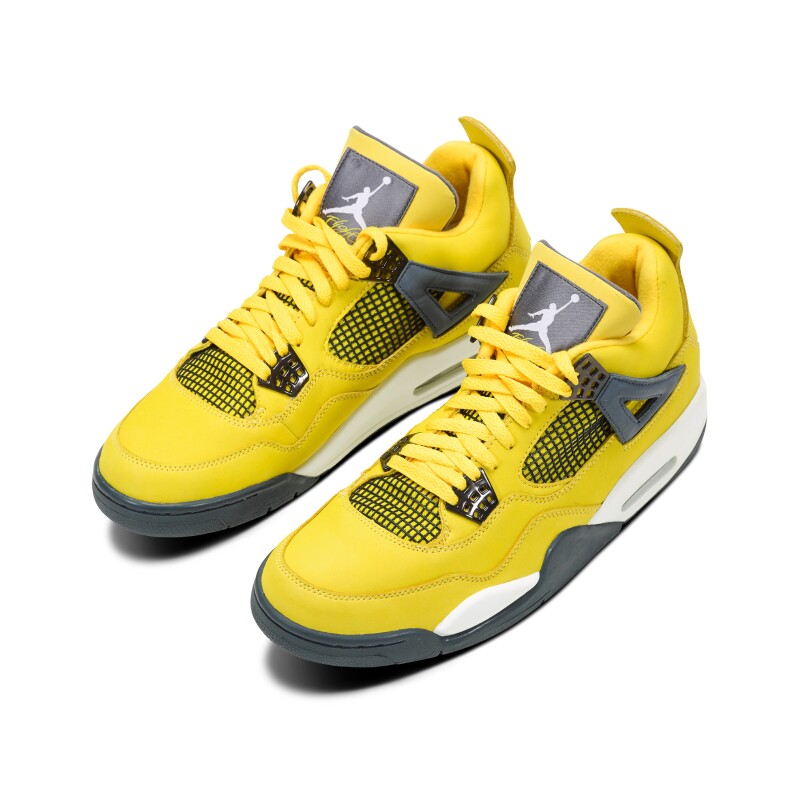 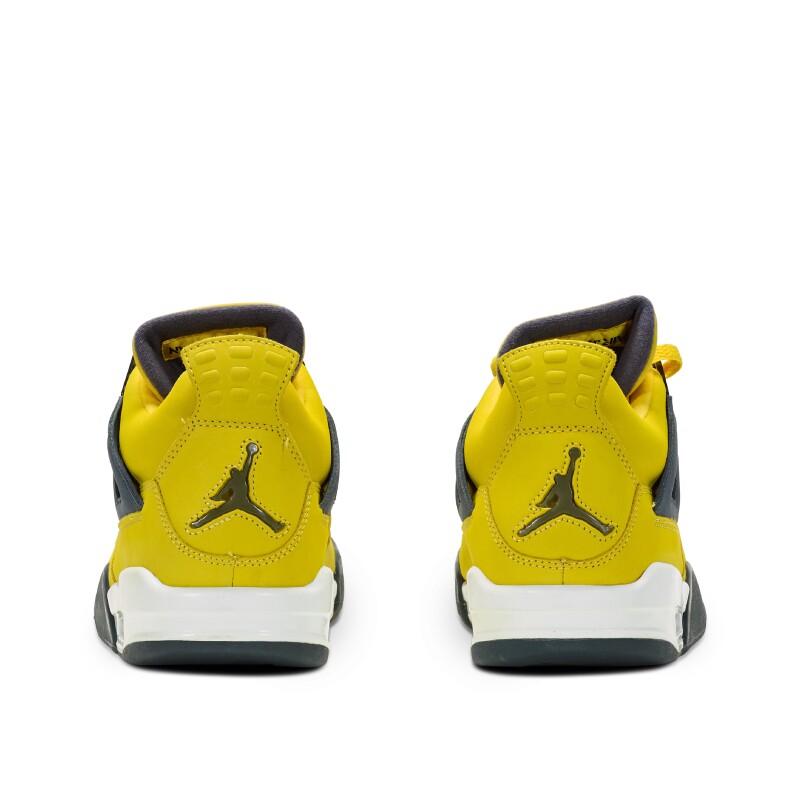 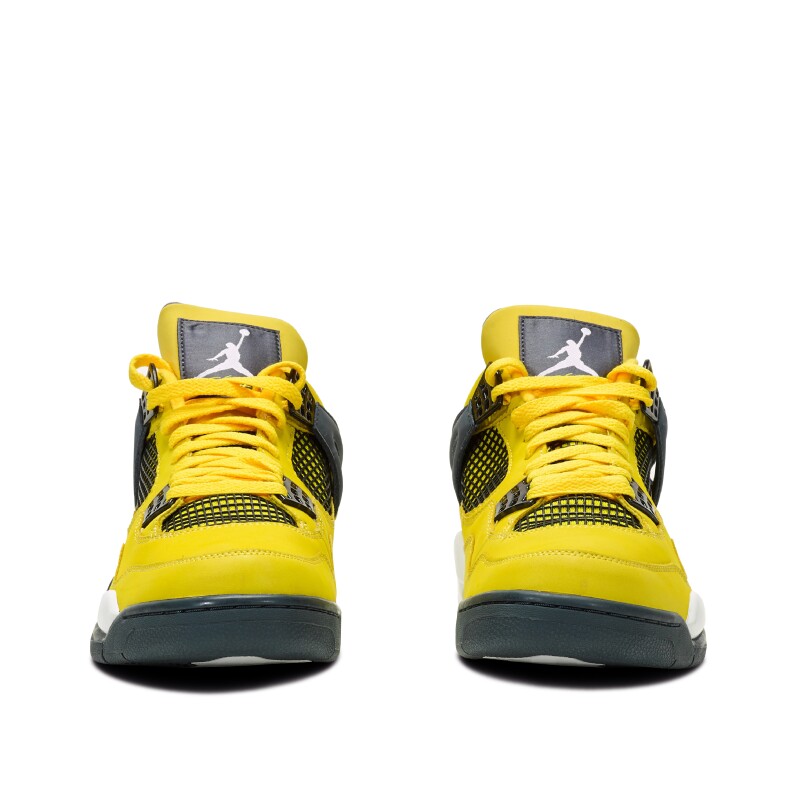 The Air Jordan 4, originally released in 1989, is one of the most popular models of Air Jordans created by famed Nike designer Tinker Hatfield. It was the second Air Jordan model that Tinker designed and the second one to feature visible Air.

Released in 2006, alongside the "Thunder," this Air Jordan 4 "Lightning" is inspired by the seasonal colors of Michael Jordan’s Motorsport team.

Featuring a Tour Yellow upper with accents of grey on the side panel mesh and outsole, this 2006 release is extremely sought after by collectors.