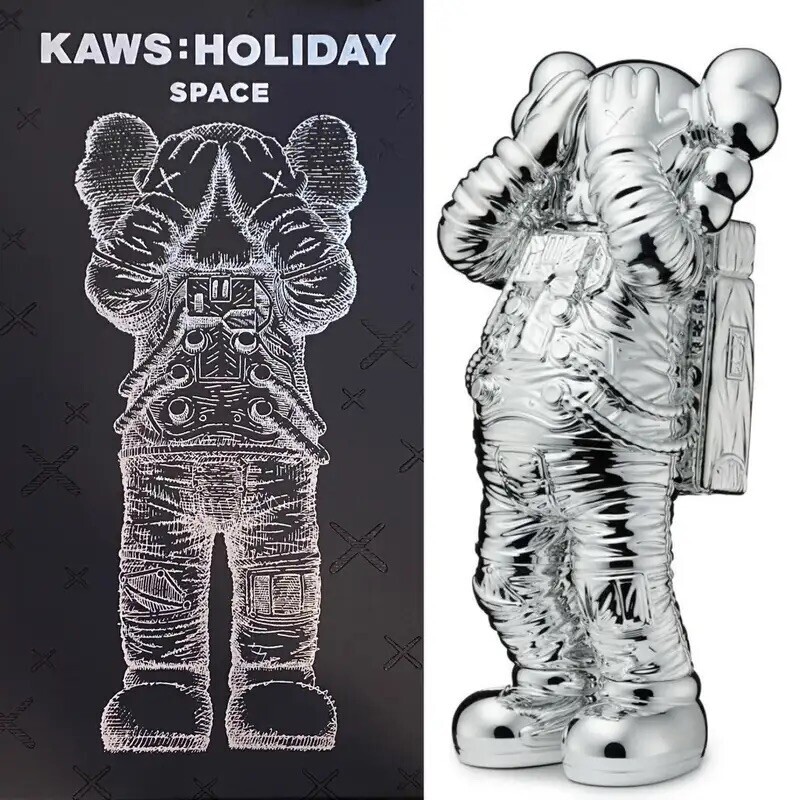 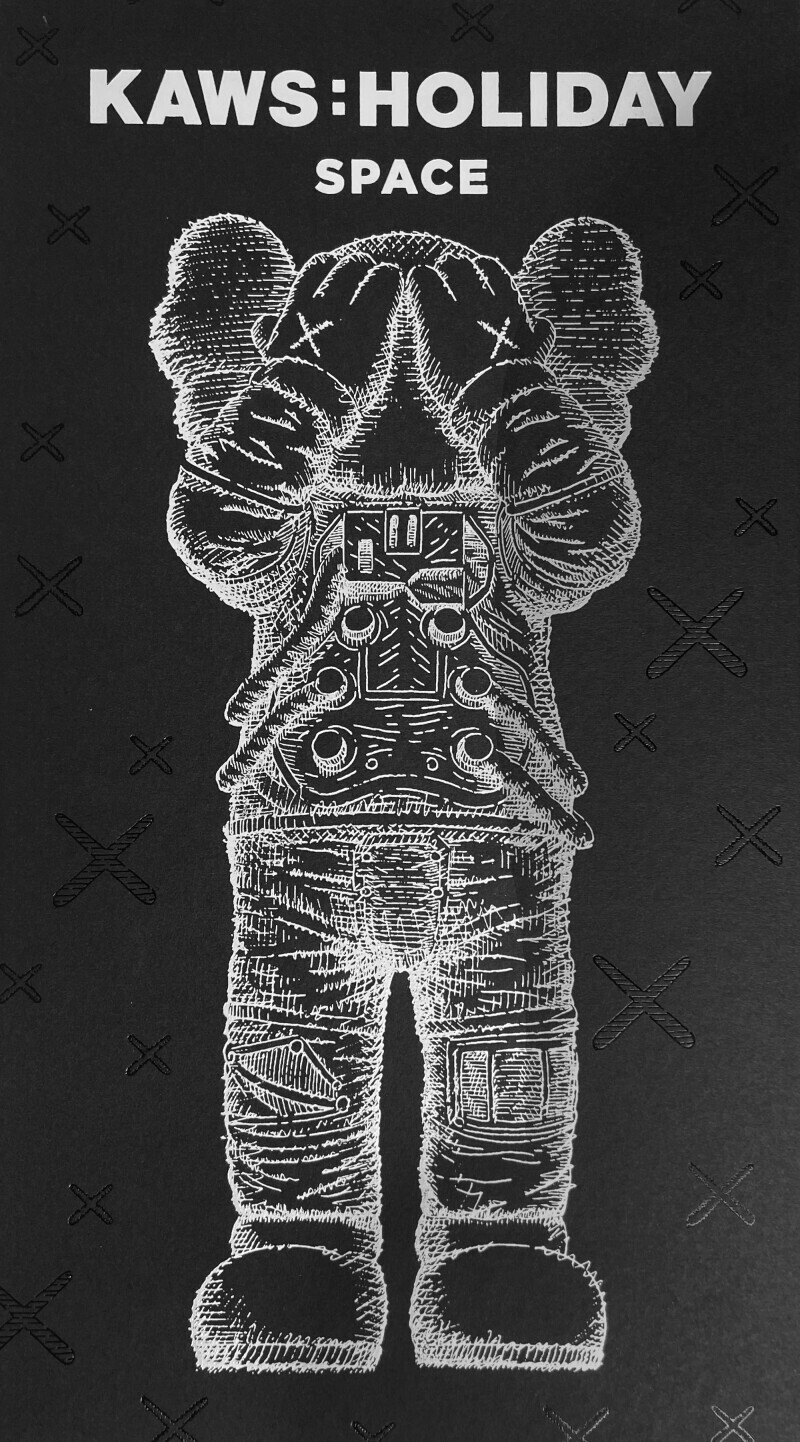 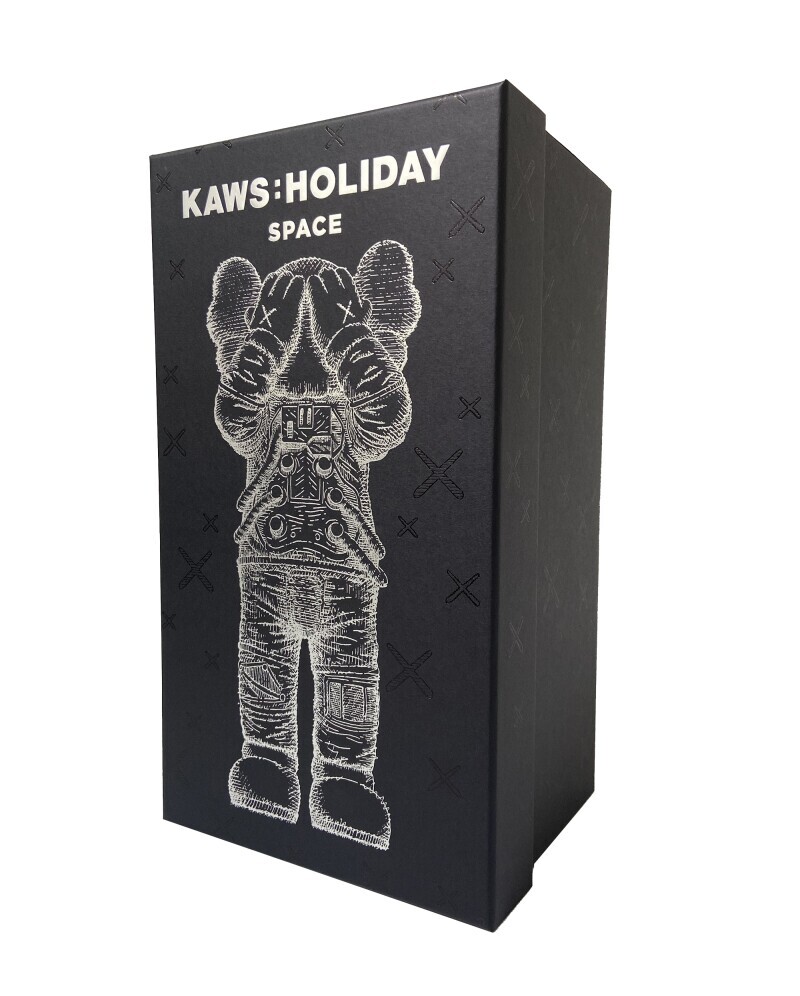 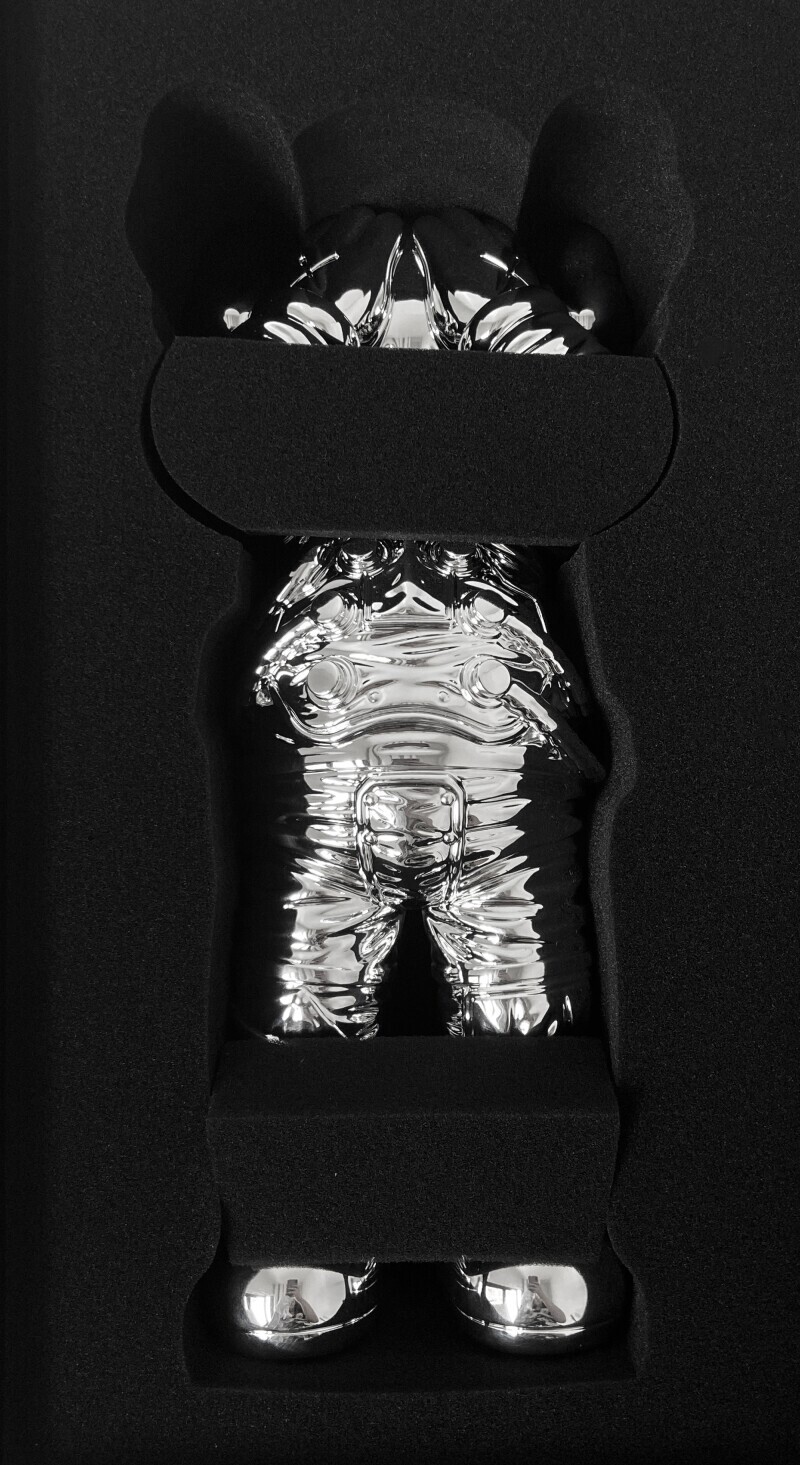 KAWS:HOLIDAY SPACE (Silver) is a celebration of 20 years of the KAWS Companion. Using a sounding balloon, the KAWS:HOLIDAY SPACE was sent up 41.5km into the stratosphere before retuning to Earth. Reminiscent of KAWS’ MTV VMA Moonman trophy (2013), the sculpture features a derailed space suit complete with hoses, valves and more. A standout KAWS display piece constructed with a bright metallic mirrored feel, as well as a significantly heavier body compared to the artist’s traditional vinyl figures.

“So many projects have been cancelled this year. I wanted to create one that could be experienced safely from home,” says KAWS. “Because this year marks 20 years since I created COMPANION, I tried to find a way around all the restrictions and do something special. I felt so confined the past few months that creating a project like this has really given me a chance to escape.”