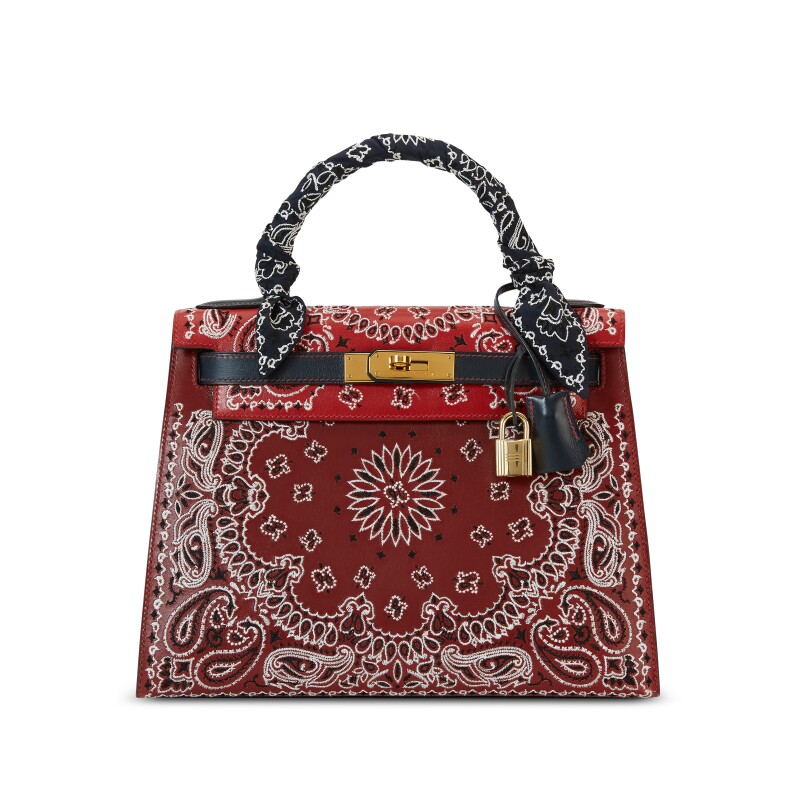 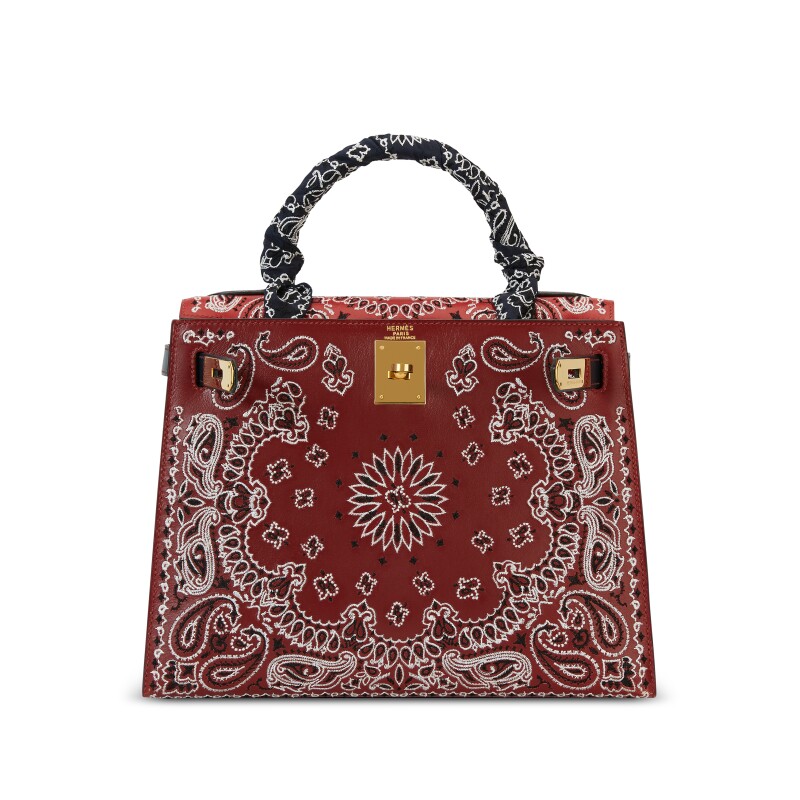 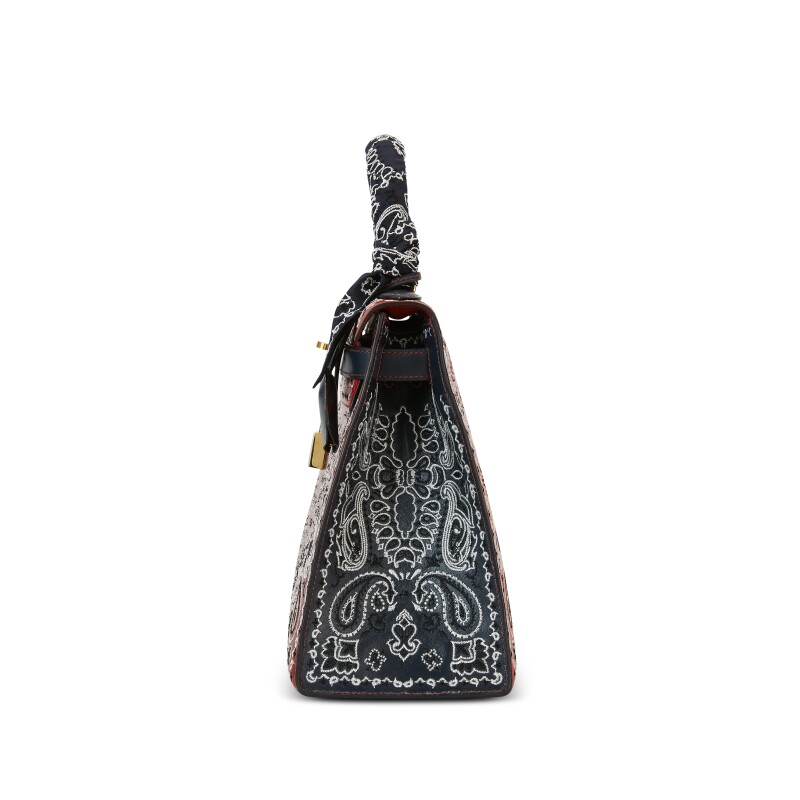 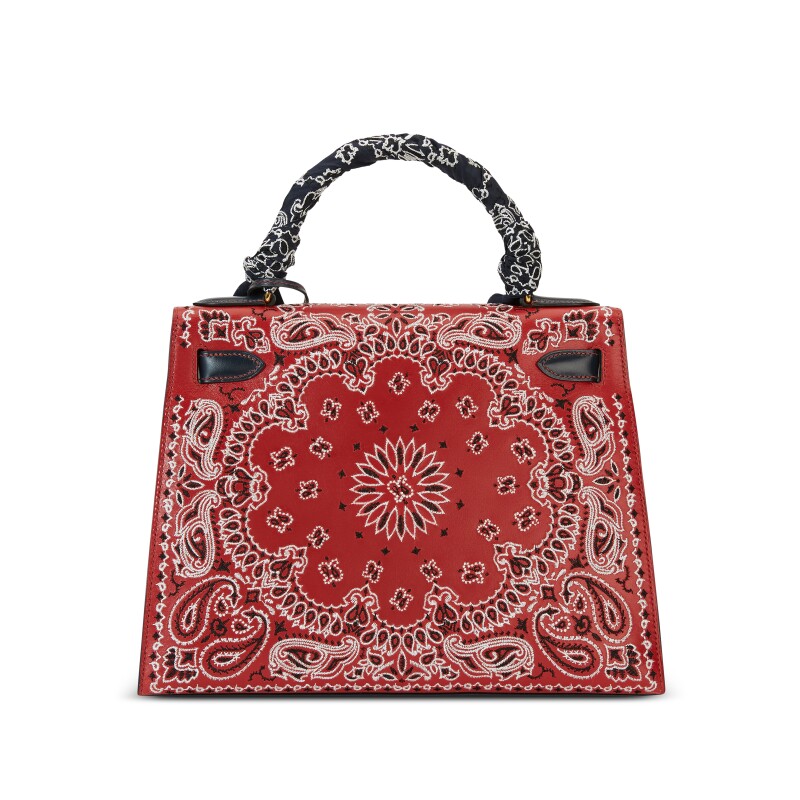 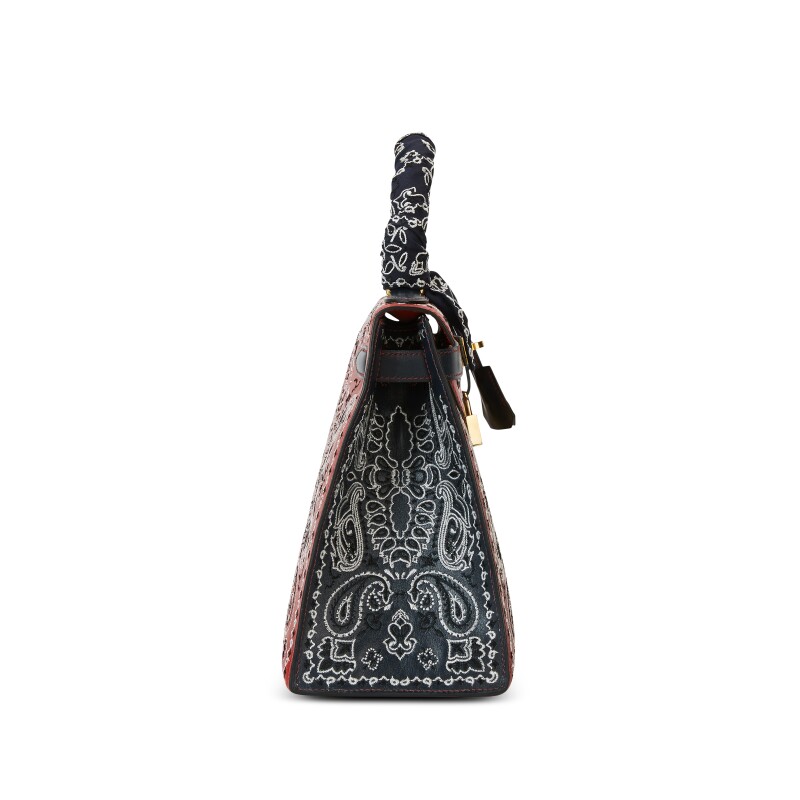 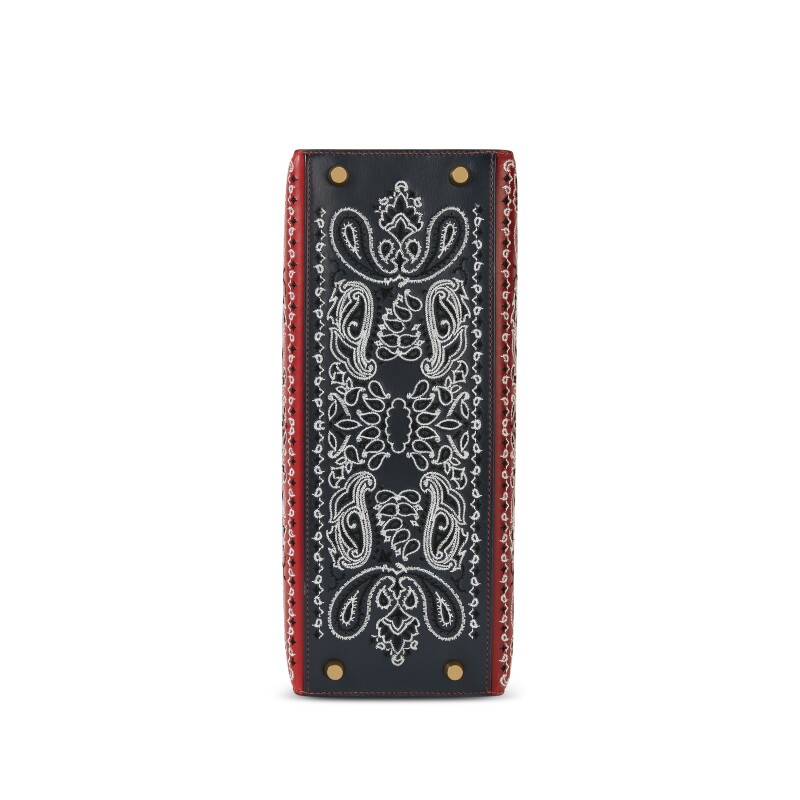 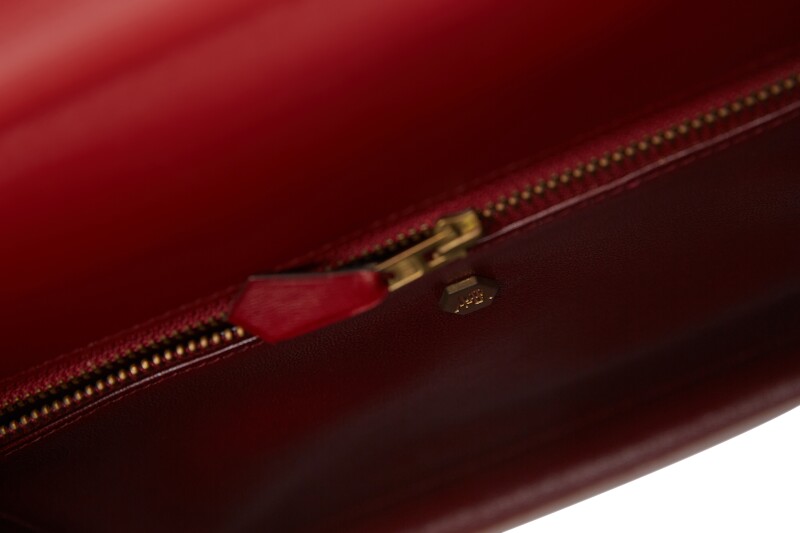 Other: Detachable clochette with two

Jay Ahr’s passion for textiles continues with the intricately embroidered Bandana series. From the Sanskrit word for ‘a bond’, the bandana is inspired by the colourful Indian kerchiefs. However, the bandana stands as a symbol of identity and multi-culturalism, truly personal to each group it represents. Whether it is gangs in LA, Cowboys in the Midwest, Banditos in Mexico or Lycée students in Paris, it has been adopted, translated and imprinted with new meaning by many diverse communities with the passing of time. This bag is a vintage Hermès Kelly Sellier 28 cast in Rouge H, Navy and Rouge Vif, first produced in 1993. The smooth Box Calf leather gives a glossy finish yet firm hold creating the structural lines synonymous with the Sellier. Detailed with Gold plated hardware it comes with a detachable clochette with two encased keys and a padlock. The bag stands tall on protective feet and is carried by a single padded top handle. The Bandana collection is paired with Jay Ahr’s tongue-in-cheek twist on the Hermès Twilly, in a matching bandana pattern.

The paisley, which makes up the classical bandana pattern, is an adaptation of the boteh, a two thousand year old Zoroastran symbol of life representing the Cyprus tree that was often used in Kashmiri shawls. Highly prized in 18th Century Europe, local producers started to create cheaper alternatives, specifically in the Scottish town of Paisley.

Before long the shawls made their way to America where symmetrical pattern and square cut format began to be used for political statements leading to the modern day status of the bandana as more than a simple fashion accessory.