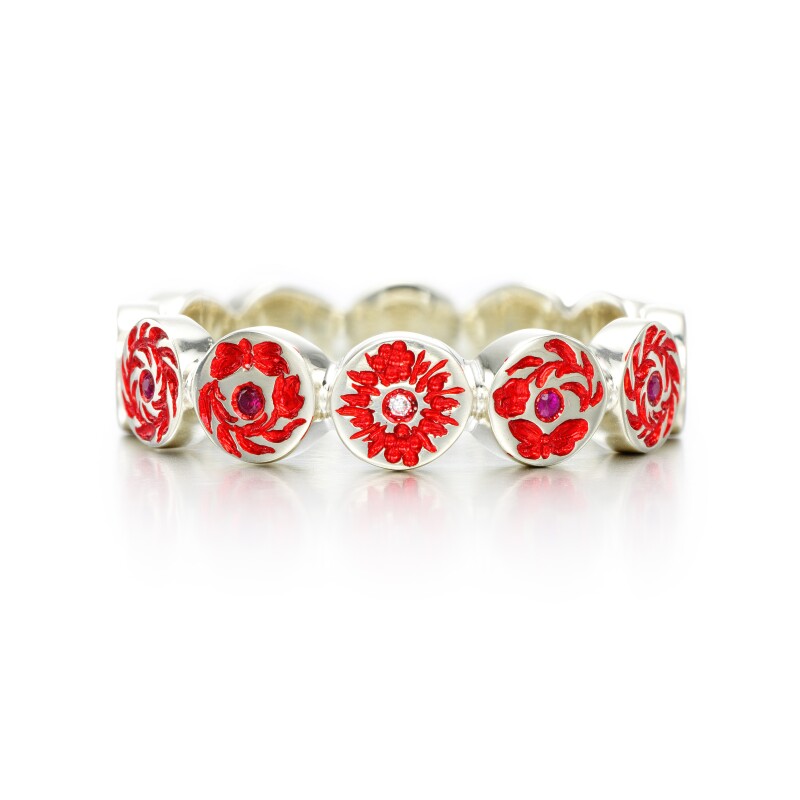 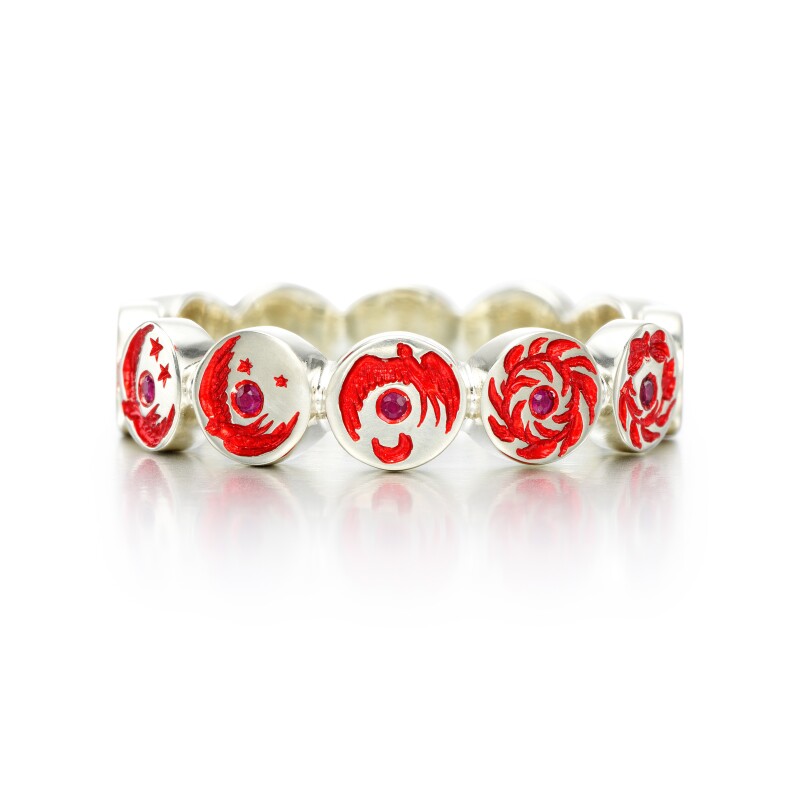 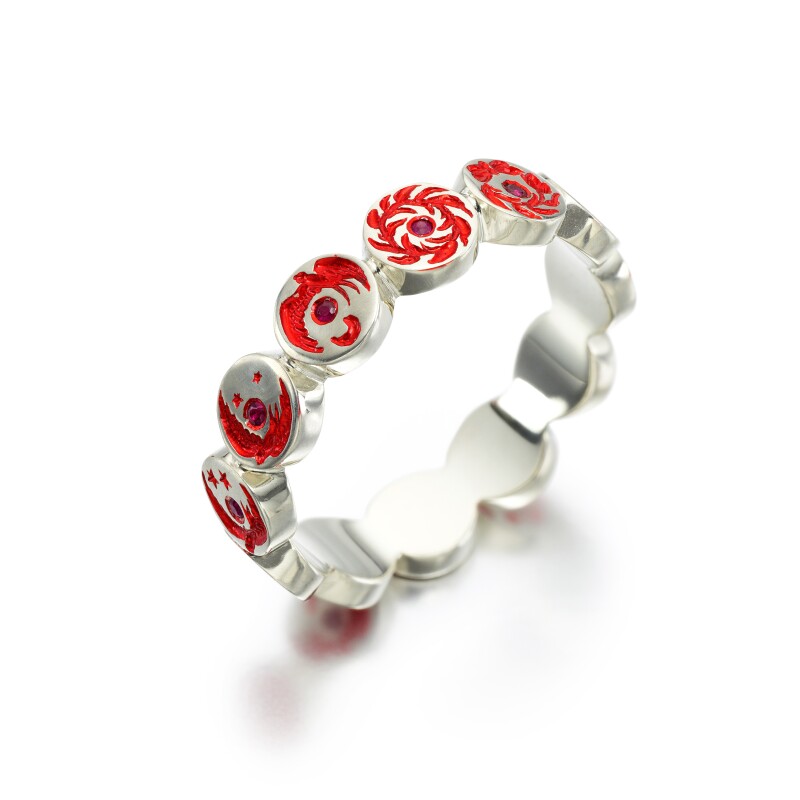 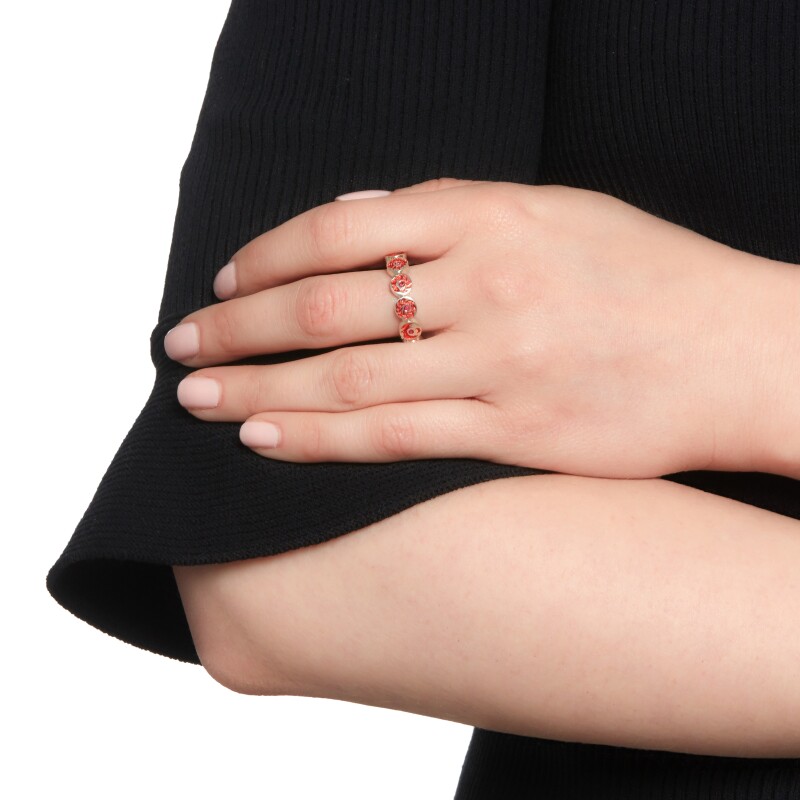 Designed as a continuous series of circular plaques, each with red ceramic-plated hand-engravings, one set with a brilliant cut diamond, the others set with circular cut rubies.