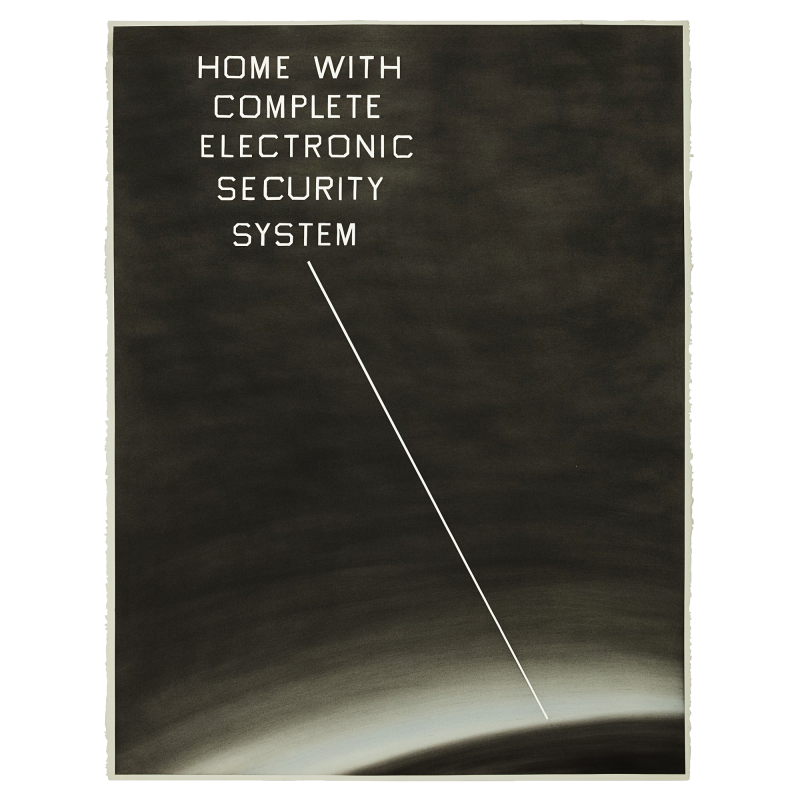 “Ruscha has often recounted his early fascination with commercial art and a parallel frustration with painting. Initially Ruscha’s work as a commercial artist simply outweighed any compulsion to paint. In time he recoiled his doubt, conjoining his interest in vernacular imagery, typography, book design, filmmaking, and photo-documentary work with an emerging desire to paint. Paradoxically it was his work in a wide variety of non-traditional media, and a distrust of the career path of a painter, that enabled Ruscha to overcome his uncertainty and freed him to create paintings of striking originality” (N. Benezra, “Ed Ruscha, Painting and Artistic License,” Ed Ruscha, exh. cat., Hirshhorn Museum and Sculpture Garden, Washington, D.C., 2000, p. 145).

The term Pop Art made me nervous and ambivalent… It actually goes beyond painting. It was culture, and it was so many other modes of making art.” - Ed Ruscha

No artist better captures the zeitgeist and vernacular of the West Coast than Ed Ruscha. Executed in 1982, the artist’s Home with Complete Electronic Security System is a masterful aesthetic and conceptual gesture, critiquing and celebrating life in Ruscha’s hometown of Los Angeles. Emblazoned along the upper register, the eponymous text appears like a constellation in the night sky, balanced atop a diagonal line that extends down to a glowing horizon. Epitomizing the sardonic tone for which the artist is best known, the present work takes on the glamourous ideal of California, alluding to big houses with security, as well as more abstract conceptions of the American Dream. Both celebratory and ironic, Home with Complete Electronic Security System is a masterful response to the excesses of the contemporary age.

Collection of Willem Peppler (acquired from the above in 1983)