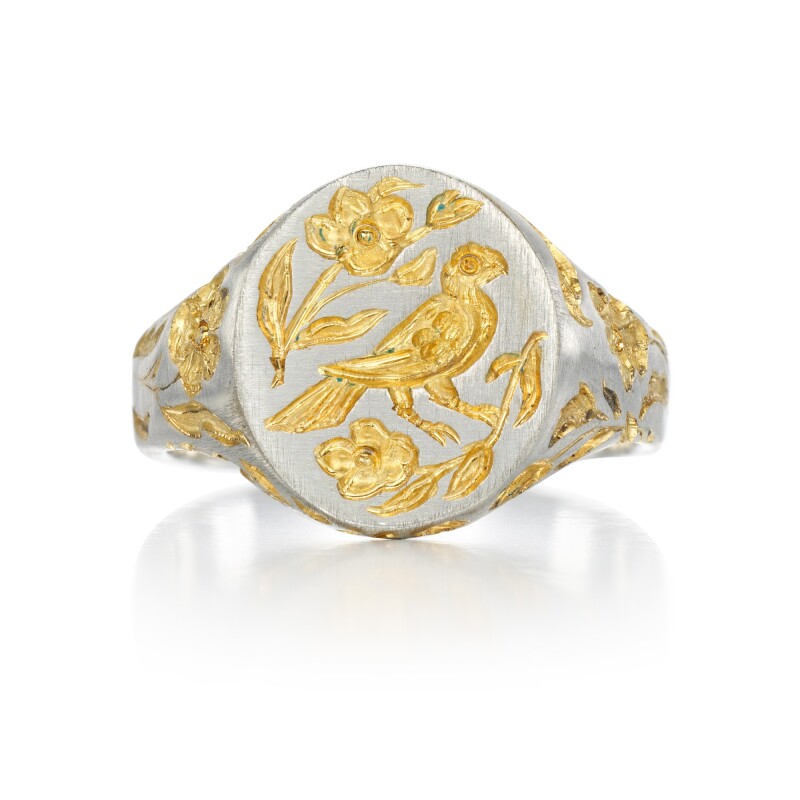 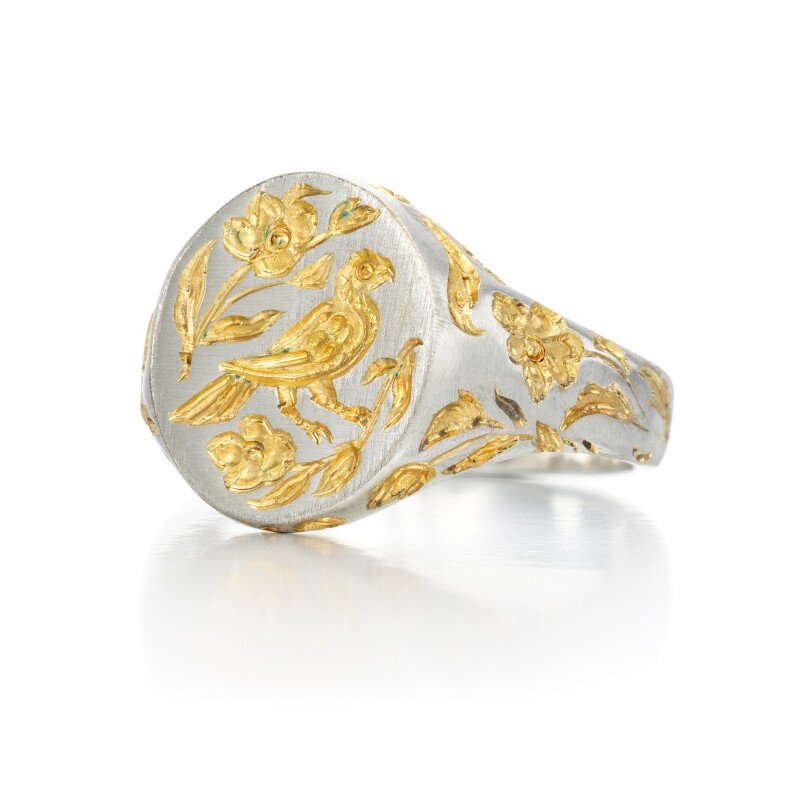 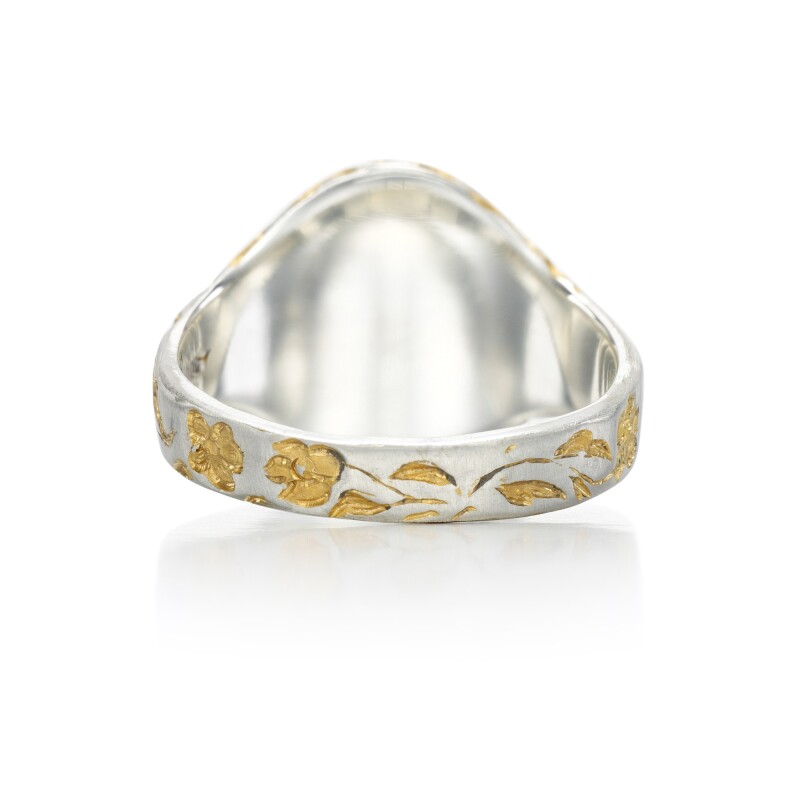 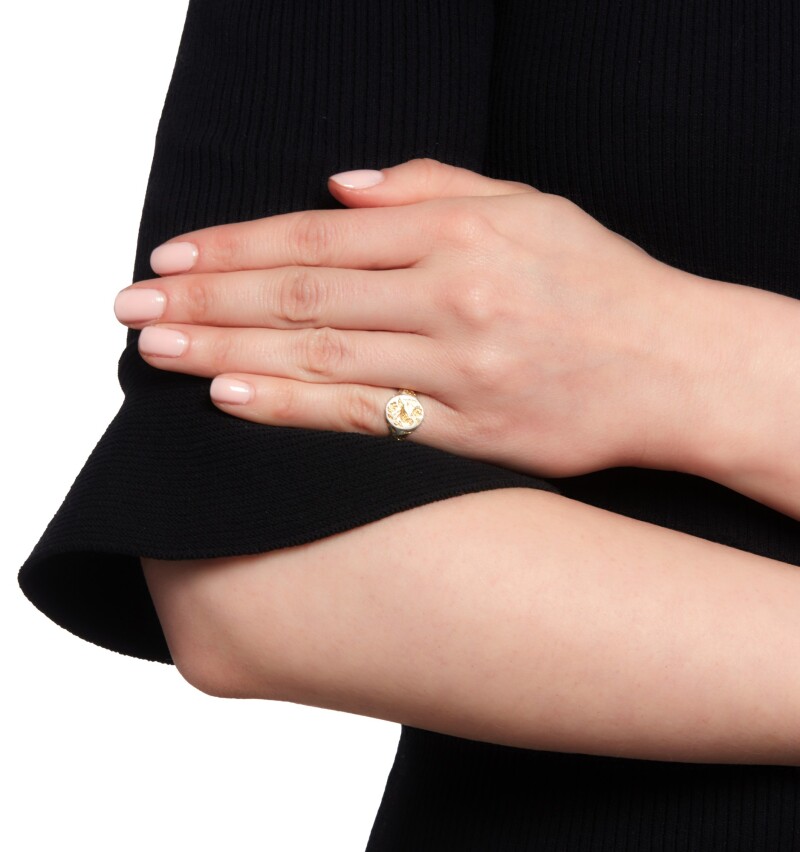 Hand-engraved with a pigeon design, decorated with yellow ceramic plating.