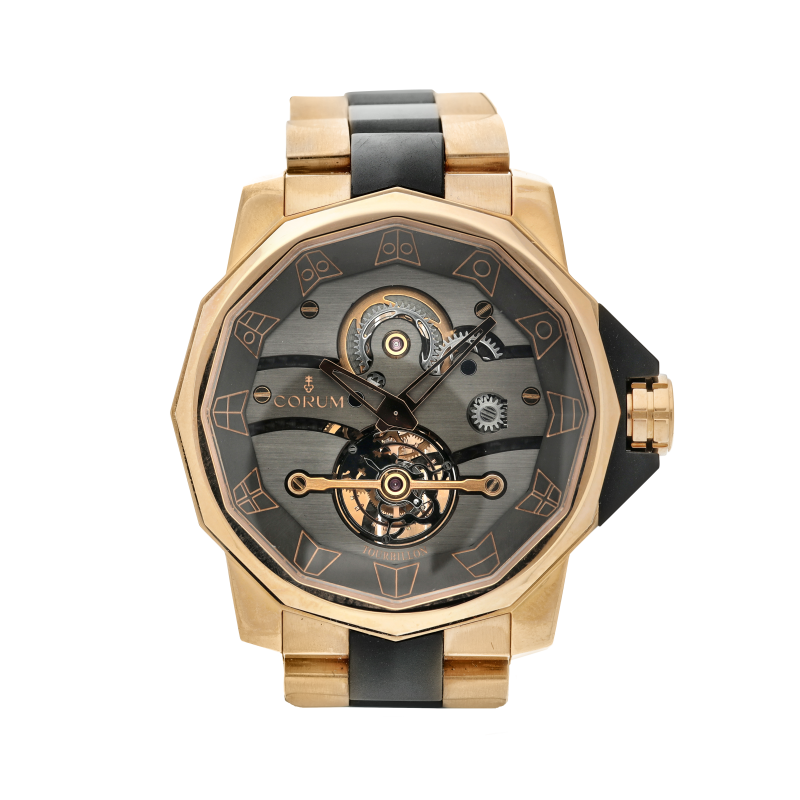 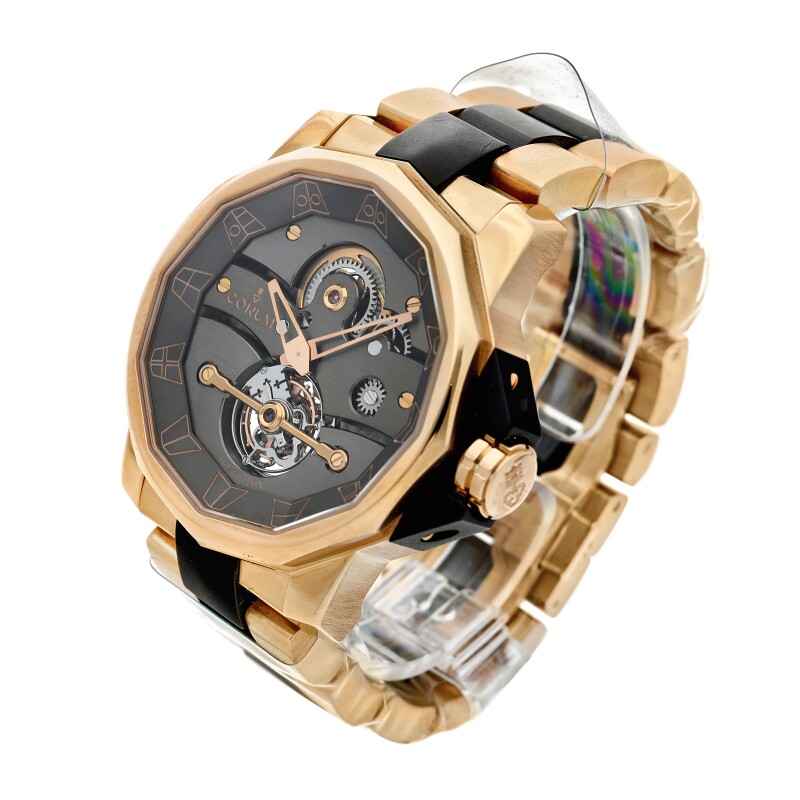 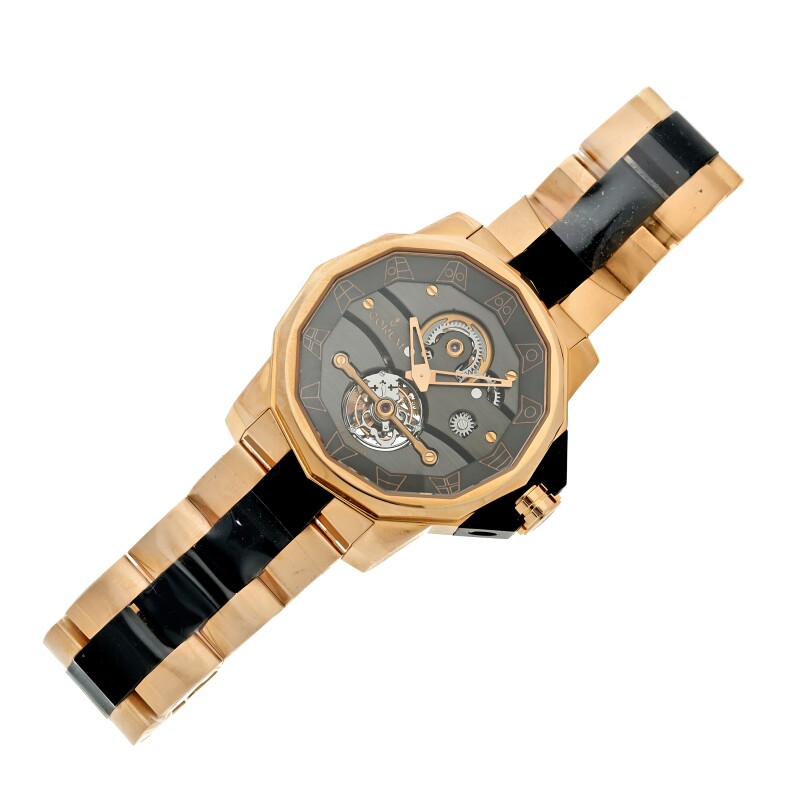 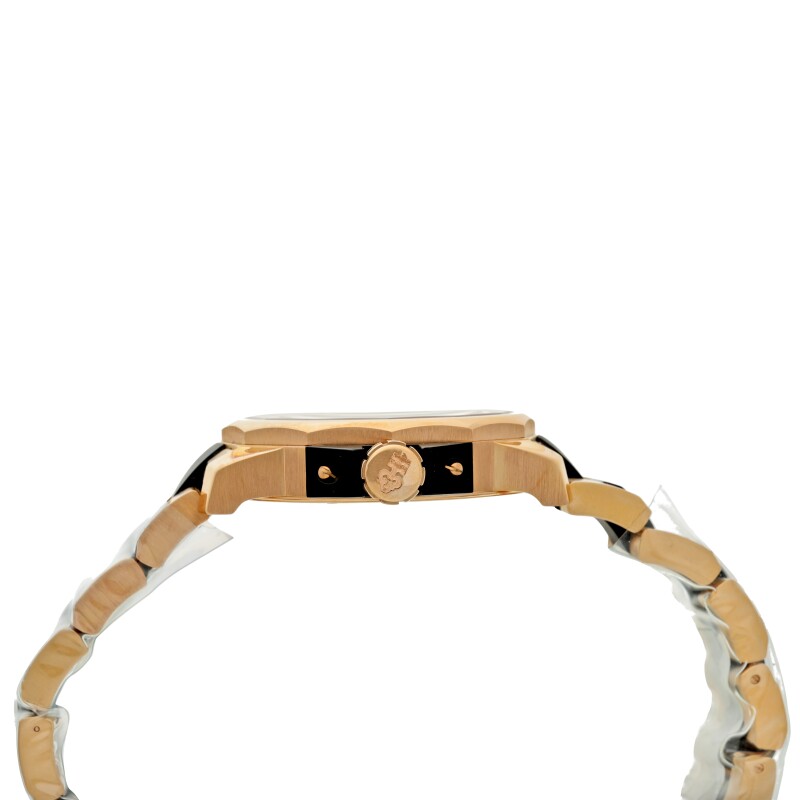 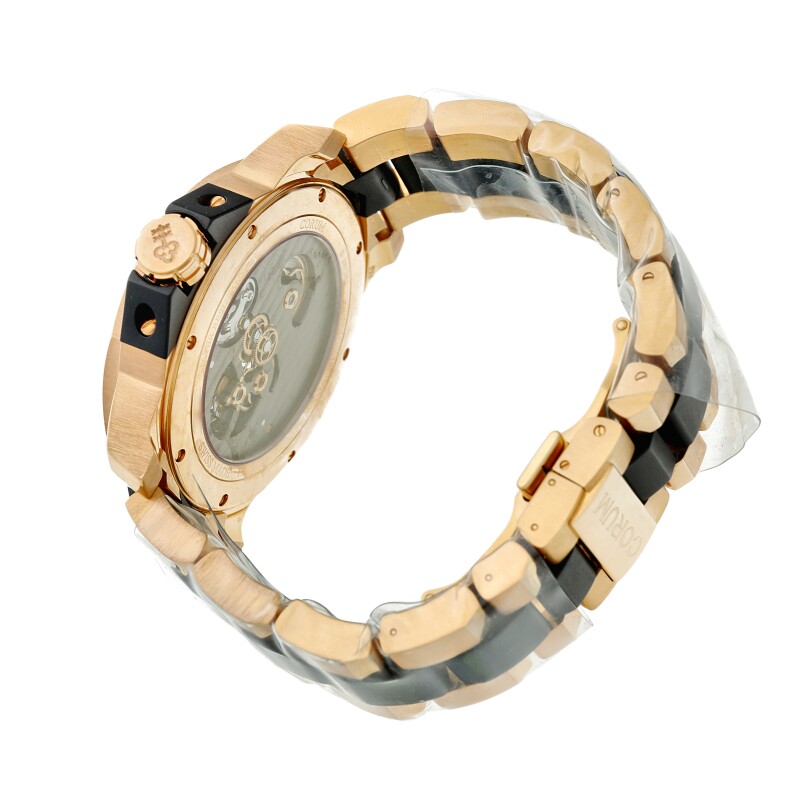 This watch features a stunning "Nautical Tourbillon" - The elegant and spectacular tourbillon counter-balances the aura of strength exuded by the characteristic shapes of the Admiral’s Cup. It thus features a subtle blend of technical heritage and contemporary design. Its carriage, held by a horizontal bridge, bears the famous CORUM key symbol. Placed at 6 o’clock, this signature touch echoes the two other openings cut out in the plate at 12 and 3 o’clock respectively, and which partially reveal the inside of the movement. Like the other openings on the back of the caliber, they provide fascinating glimpses of the gleaming gear trains and other parts that are PVD-coated to reinforce the play on contrasts.

The bridges and mainplate are crafted in red-colored 5N 18-carat solid gold. All parts are treated to a high-end hand-crafted finish. Beveled and drawn out with a file, their surfaces are satin-brushed or engraved with a vertical Côtes de Genève motif, before being clad in their black PVD coating.

From whichever angle you look at it, the movement powering the Admiral’s Cup Tourbillon 48 reveals a wealth of refined details.

This exclusive CO-372 CORUM movement boasts all the prime assets of a luxury “engine”. Endowed with a 90-hour power reserve supplied by a single barrel, this caliber beats at a speed of 21,600 vibrations per hour.

The watch is in excellent overall condition with nearly no signs of wear. The case, bracelet, dial and hands are all in excellent condition. The movement is running at time of cataloguing; however, it was not tested for the accuracy of time or duration of the power reserve and may need service at the buyer's discretion. Please note that Sotheby's does not guarantee the future working of the movement.

The bracelet circumference is approximately 165mm