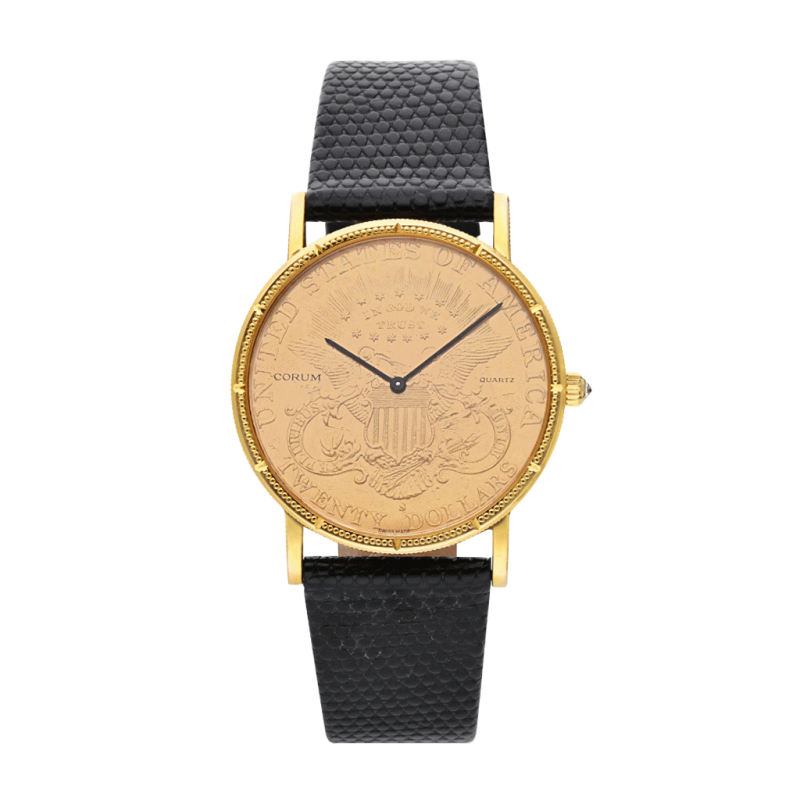 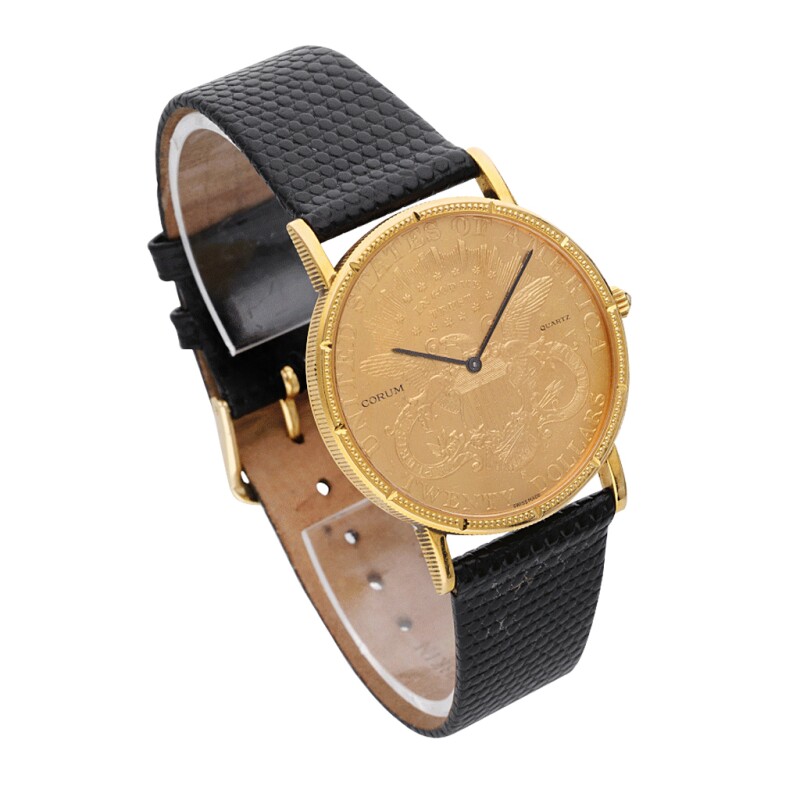 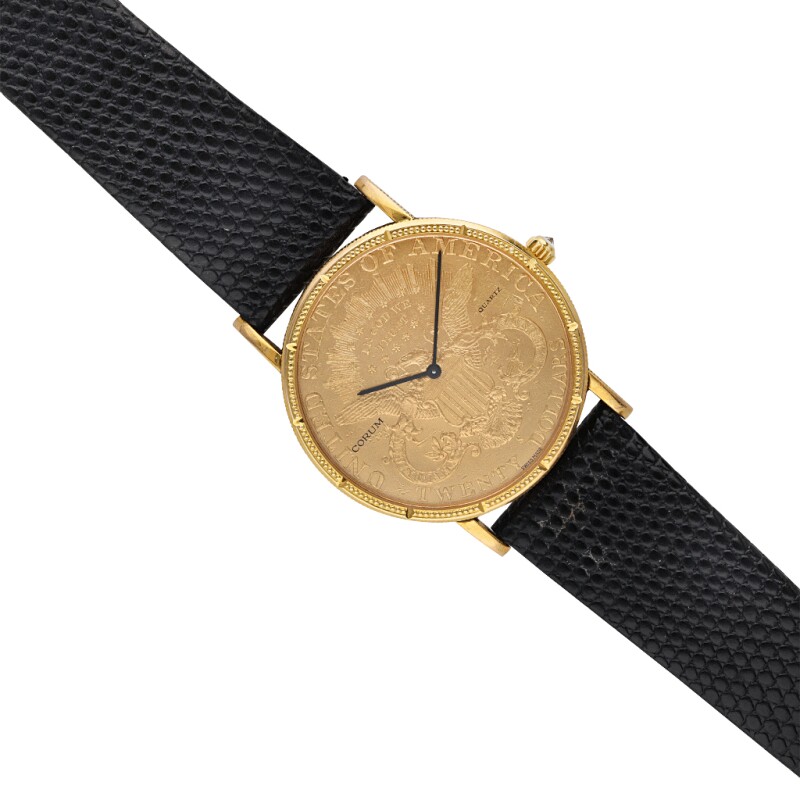 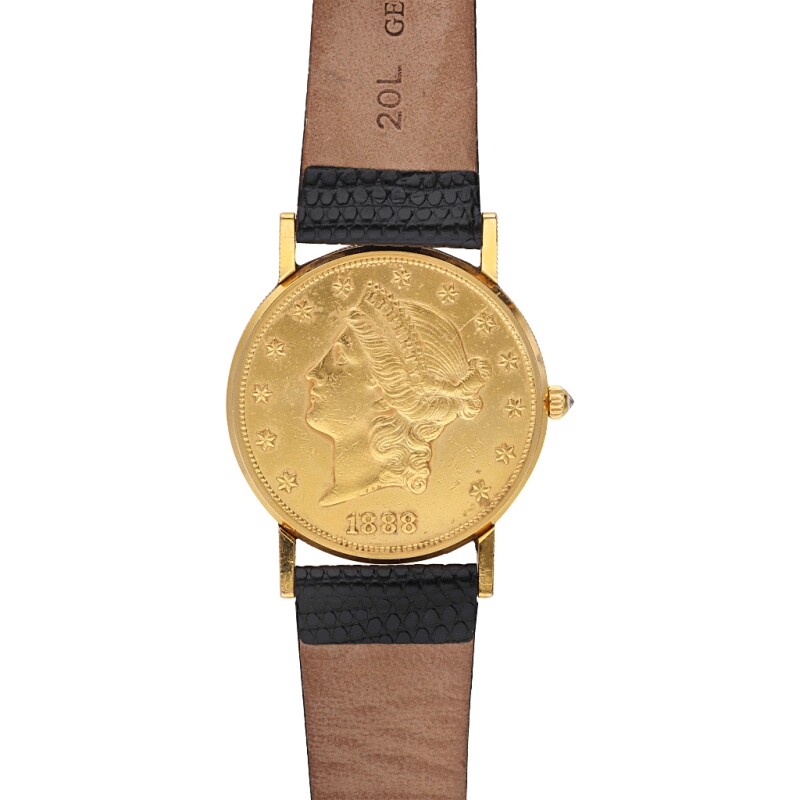 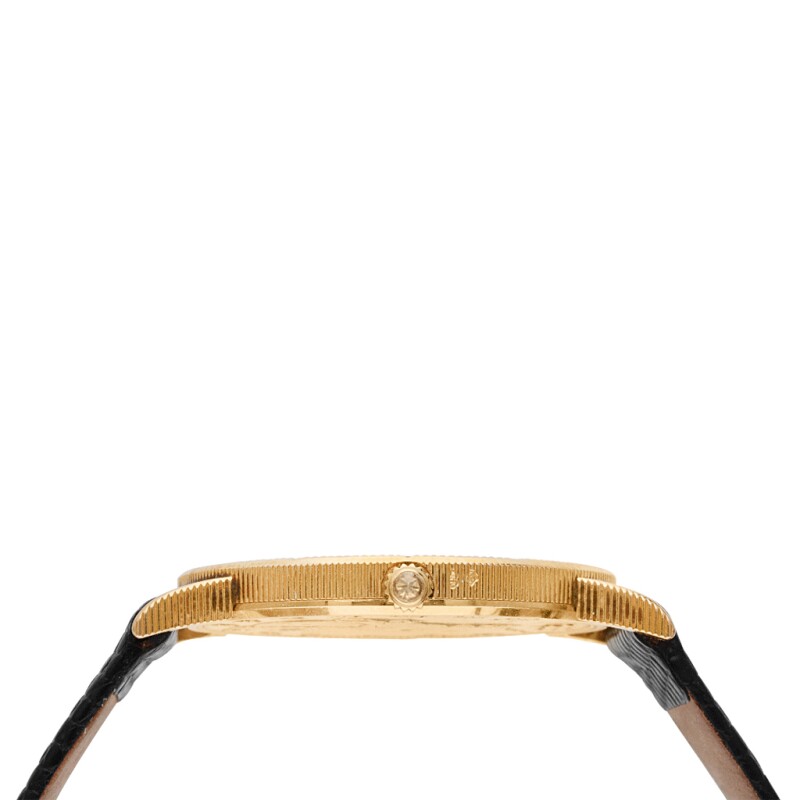 It includes a leather strap with a scratch-resistant sapphire crystal. It has a pull-out winding crown set with an inverted diamond cabochon and a solid case back that is the "head" side of the coin (it's split down the middle to show both sides). The 36mm diameter round two-body solid case, curved lugs with coin-edge sides and raised hobnail minute/hour scale with hour indices, are polished/brushed. The dial is the verso of the coin with the eagle and "CORUM" printed in black at the 9 o'clock position. It has black varnished baton hour and minute hands.

The Corum $20 Dollar US Coin 1888 Double Eagle special timepieces were introduced in 1964 by watchmaker René Bannwart, who founded the company in 1955. This watch is often called the "Presidential Watch," whose wearers included Presidents Johnson, Nixon, Carter, Reagan (who wore his on the cover of Time Magazine), Bush and Clinton, as well as artist Andy Warhol.

The watch is in overall fair condition with moderate wear throughout commensurate with age. Case is in overall fair condition with moderate surface wear. Leather strap has moderate signs of surface wear throughout commensurate with age. Dial is in overall good condition. The movement is running at the time of cataloging, however, it was not tested for the accuracy of time or duration of the power reserve and may need service at the buyer's discretion. Please note that Sotheby's does not guarantee the future working of the movement.

Fits a wrist size of 8 inches or smaller.