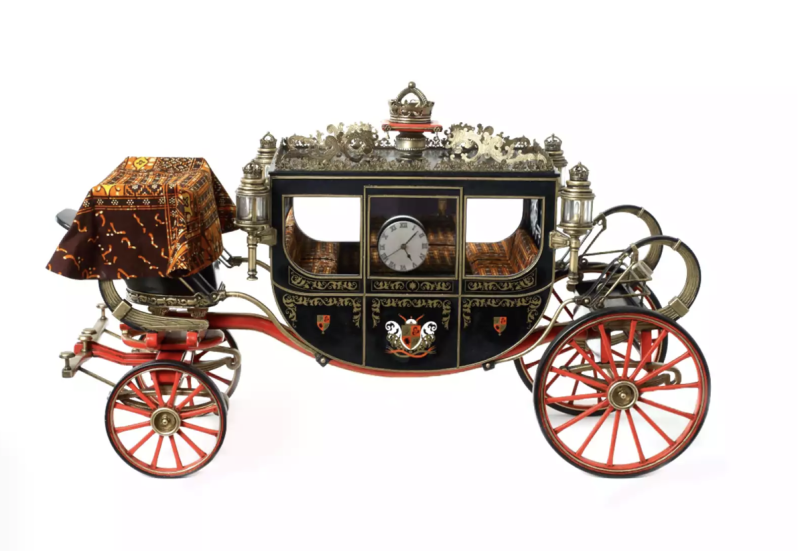 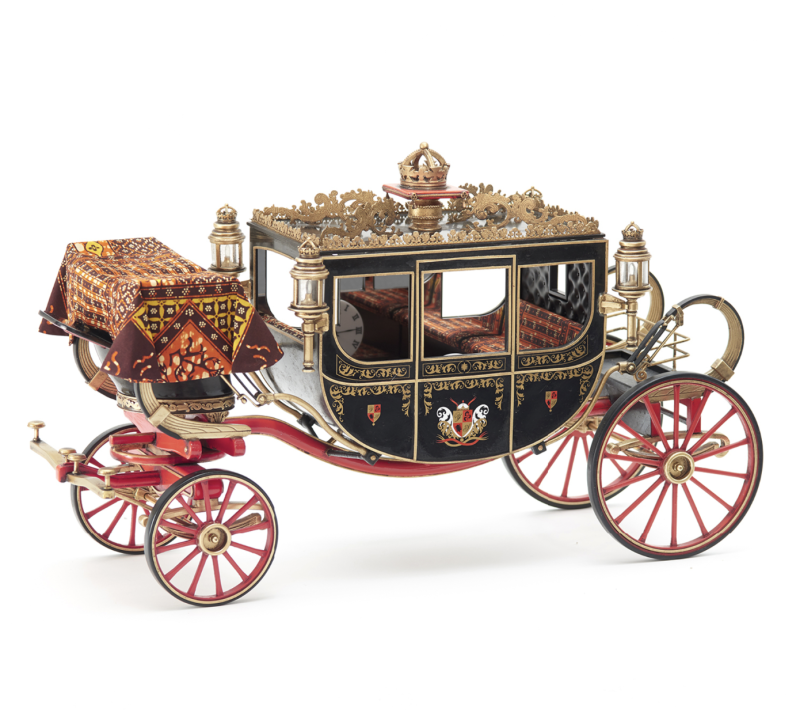 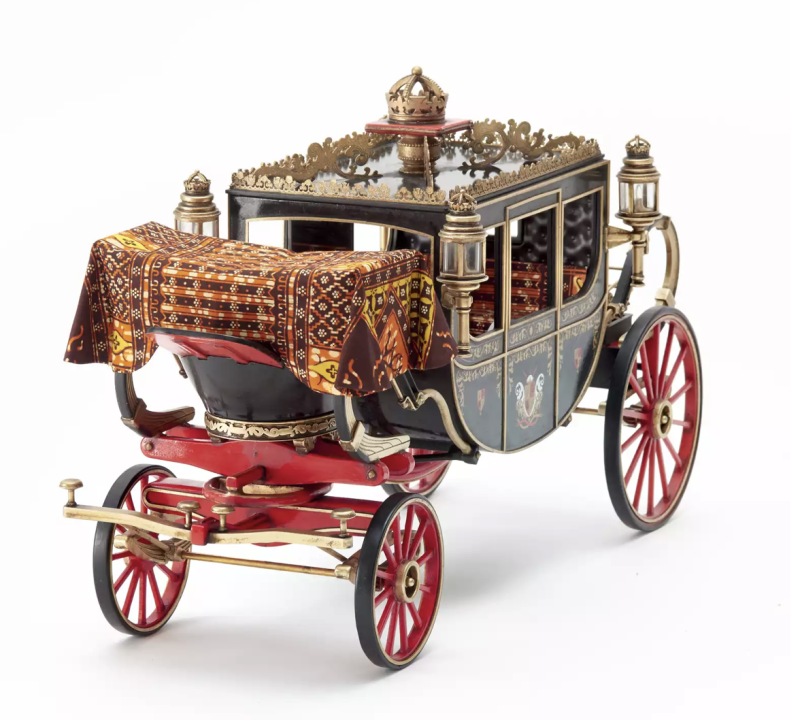 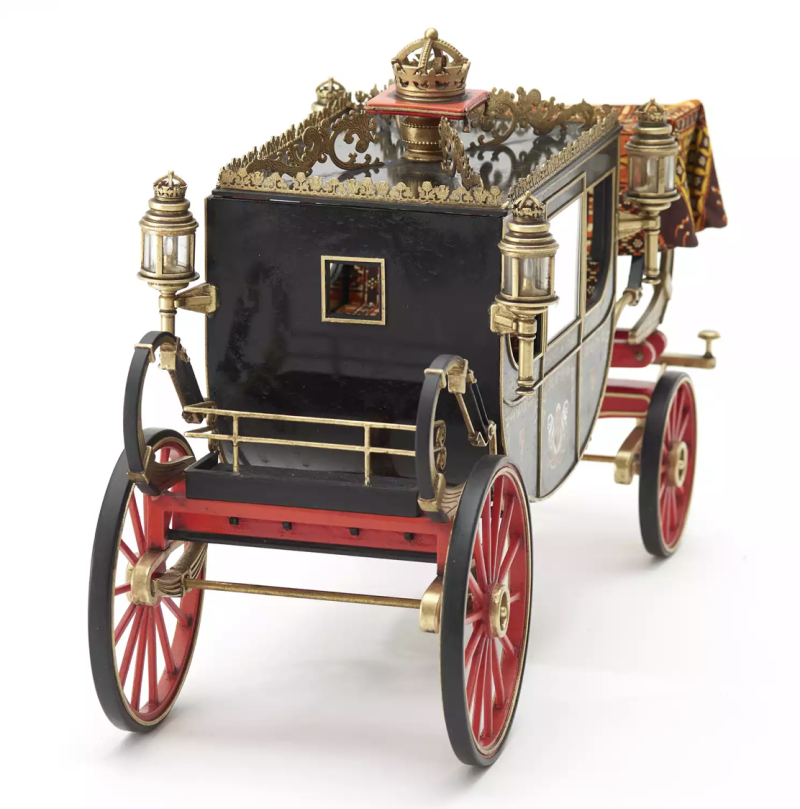 The artist offers a wry commentary on the tangled interrelationship between Africa and Europe and the vestiges of empire. Informed by an upbringing split between Nigeria and Great Britain, Shonibare’s work confronts the fraught history between the two countries. Amalgamating imagery from both cultures, the work exposes the ingrained conflicts of geopolitics and their outsized role in shaping material culture.

Carriage Clock takes the form of the Queen’s Irish Carriage, among the most iconic symbols of the British Empire at its most powerful. Using his signature African Batik fabric for the inner and outer upholstery of the carriage, the artist invites viewers to consider Britain’s relationship to its former colonial holdings and the violence inherent therein. Inside the carriage sits a clock whose hands move in reverse; the time is only legible when read in the mirror across from it. In a typically layered gesture, Shonibare presents time itself as a political and social force, questioning its supposedly linear relationship with progress and human advancement, especially in the face of stifling governments and expansionist colonial bodies.

Carriage clocks were invented in 1812 by Abraham-Louis Breguet, reputedly for Napoleon to take on his campaigns. They became a popular travel timepiece in the 19th century, paving the way for the development of the wristwatch in the late 1800s.

Each edition is accompanied by a colophon, signed, and numbered by the artist and stamped with his seal

This work is in excellent condition, direct from the publisher.

Mickalene Thomas, Portrait of Marie Sitting in Black and White

Francis Alÿs, The Liar, The Copy of the Liar