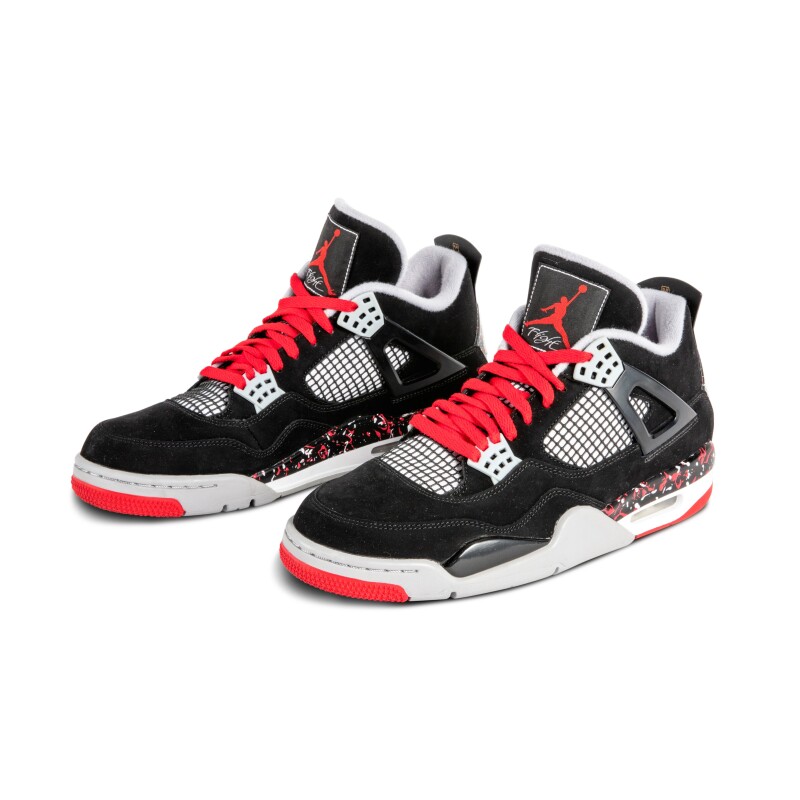 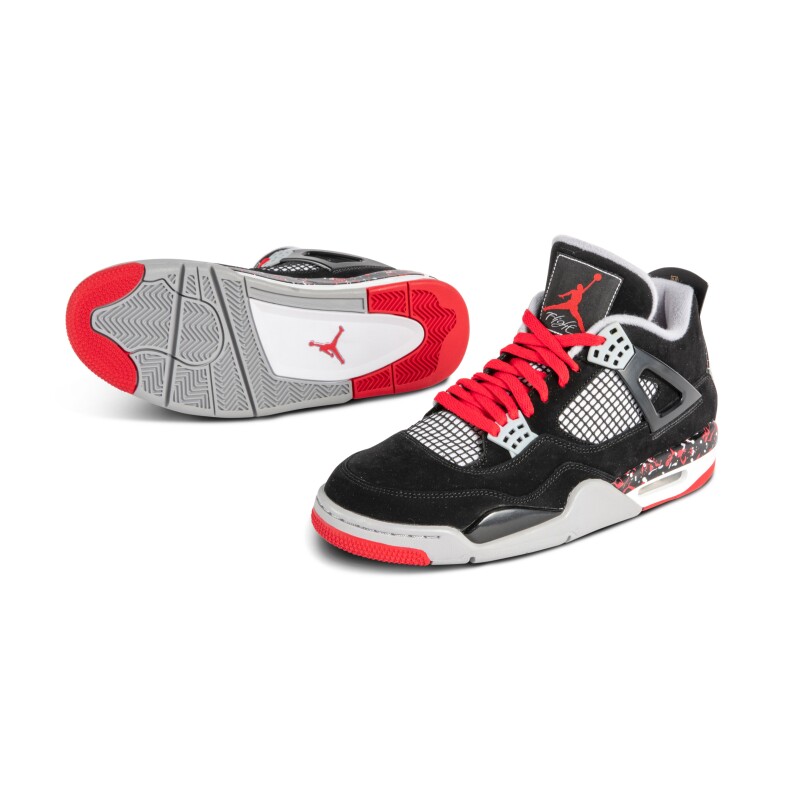 Made in collaboration with Drake’s October’s Very Own (“OVO”) label, the Air Jordan IV Splatter features a black, grey and red colorway and is made out of ultra premium materials including leather, mesh, and suede. The key feature of this pair is the paint splatter details on the midsole and heel badge. First showcased in the start of 2018, the “Splatter” Jordan IVs were never released to the public.