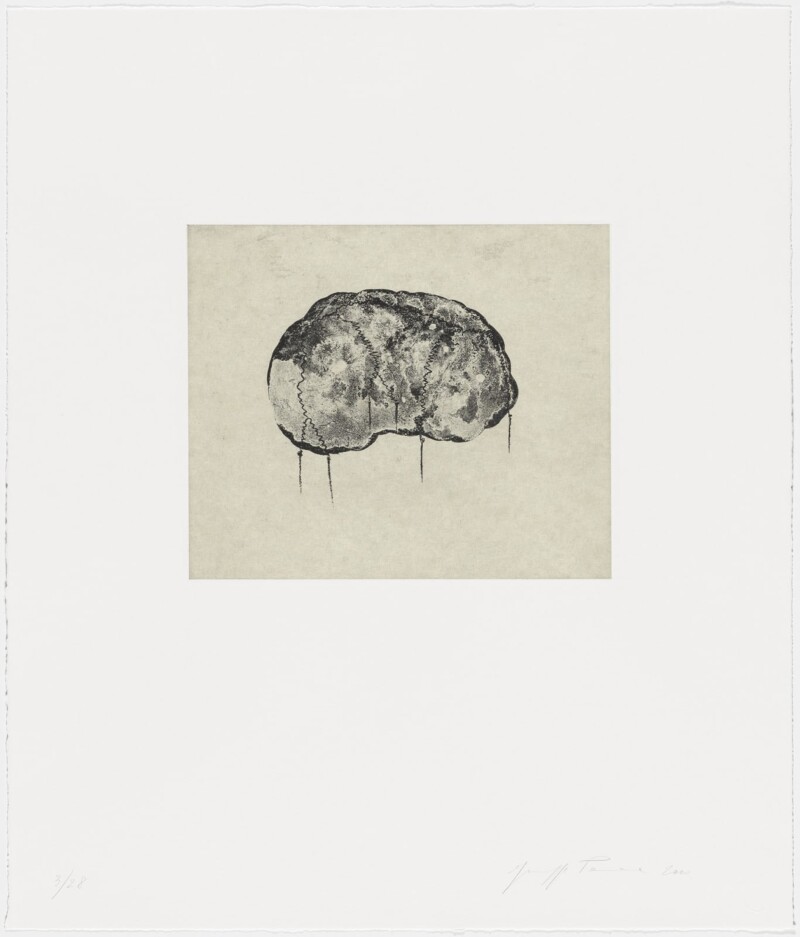 Etching and aquatint on chine collé

"What I saw when I began was that the distinction between man and nature is false. Man is part of nature; it is our desire to conserve distinctions that has kept us separate."

Penone's sculptures, installations, and drawings are distinguished by his emphasis on process and his use of natural materials, such as clay, stone, metal, and wood. His work strives to assimilate the natural word with his artistic practice, unifying art and nature. More specifically the tree, a living organism which closely resembles a human figure, is a recurring element in Penone's oeuvre. Penone created his first Albero ("Tree") sculptures in 1969, a series which continues to the present. Since this time, his practice has continued to explore and investiate the natural world and poetc relationship between man and nature, artistic process and natural process.

In the personal exhibition presented at the Église Courmelois at Val-De-Vesle in 1991, Penone displayed the large sculpture title Suture ("Sutures"), which he worked on between 1987 and 1991. In it the enlarged negatice of the image of a human brain is rendered by four jagged lines of steel that reproduce the points of contact between the four lobes, marking their boundaries and lines of contact with each other. A Y-shaped transparent glass tube containing soil constitutes the central element of the sculpture and raises the subject of the relationship between man and nature.

In the large drawings titled Foglie ("Leaves"), the traces that a soft matter like the brain leaves on the skull are transposed to the images of leaves. In the Anatomie ("Anatomies"), shown for the first time at the Musée d'Art Contemporarain in Nîmes in 1993, the artist hewed into the surface of Carrara marble (much favored for statuary) to bring out the veining, which so closely resembles the vessels through which blood flows in living creatures.

The work is in excellent condition, direct from the publisher. The work is offered for sale unframed.