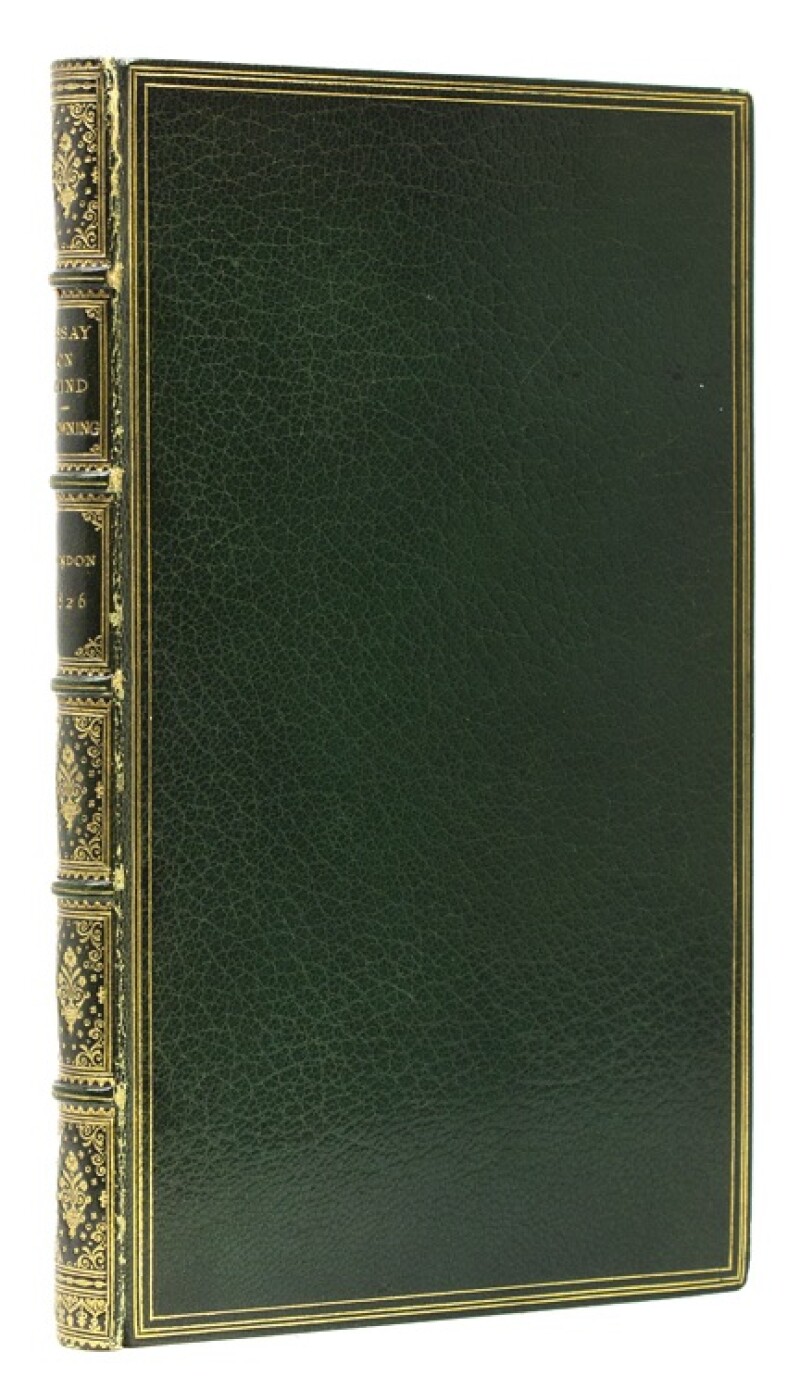 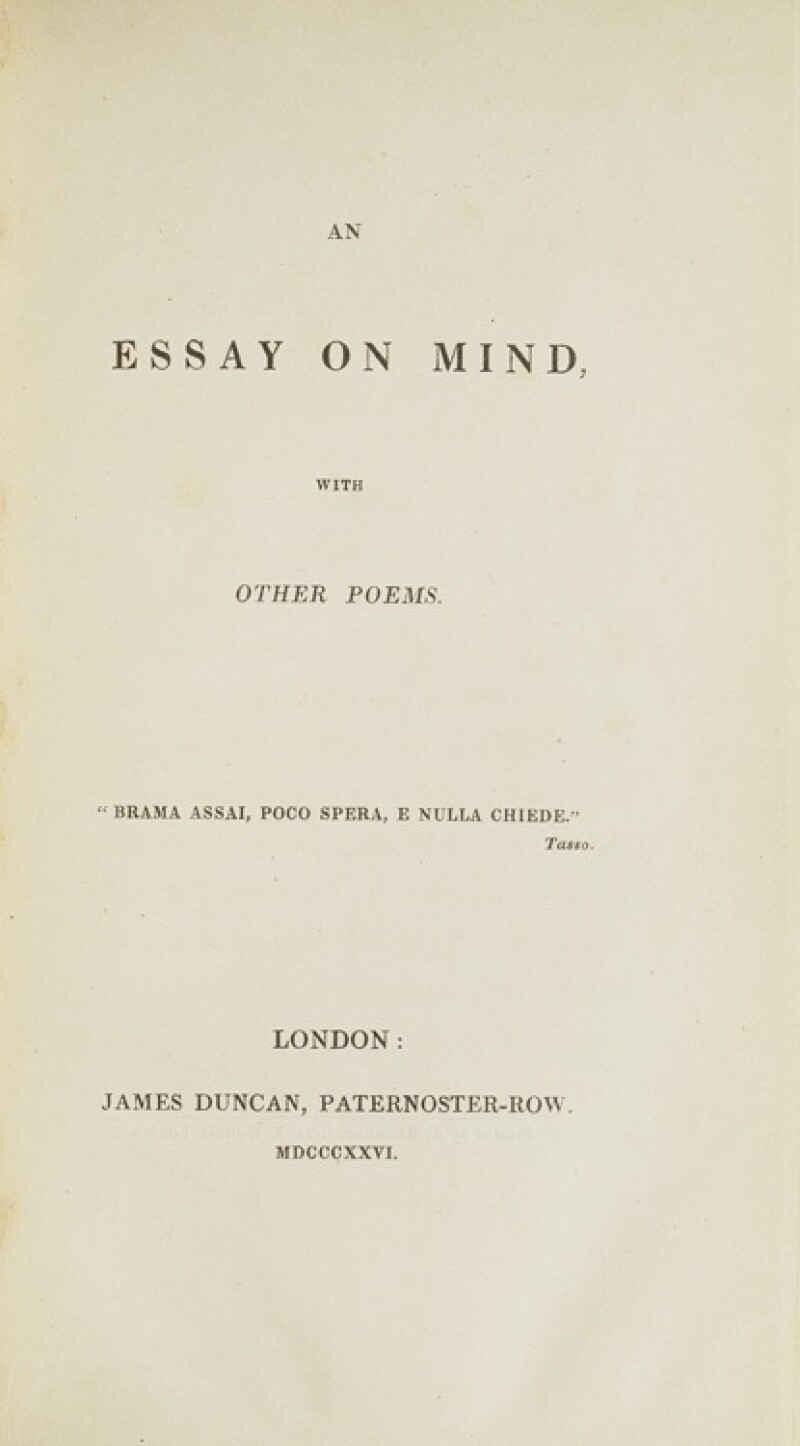 An Essay on Mind, with Other Poems

Browning's first book, The Battle of Marathon, was privately printed for her father in an edition of only 50 copies when she was 14 years old. It is known in only 15 extant copies. An essay, published when Browning was only 20, reflects her "passion for Byron and Greek politics with an exploration of the human mind's powers. The poem never directly considers how gender influences genius and the prospects for fame. But clearly this is an underlying concern…" (ODNB)