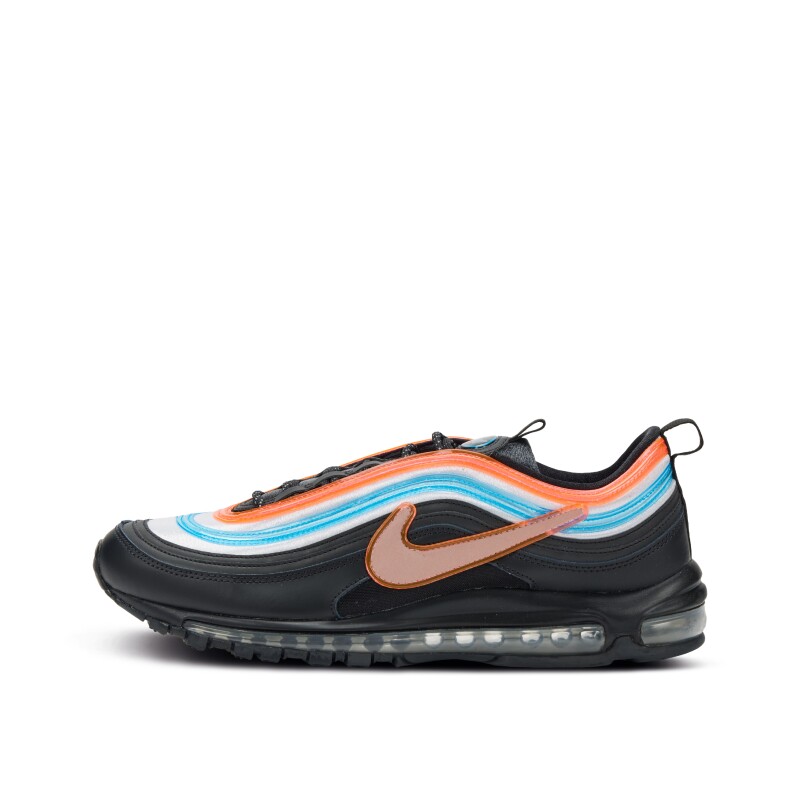 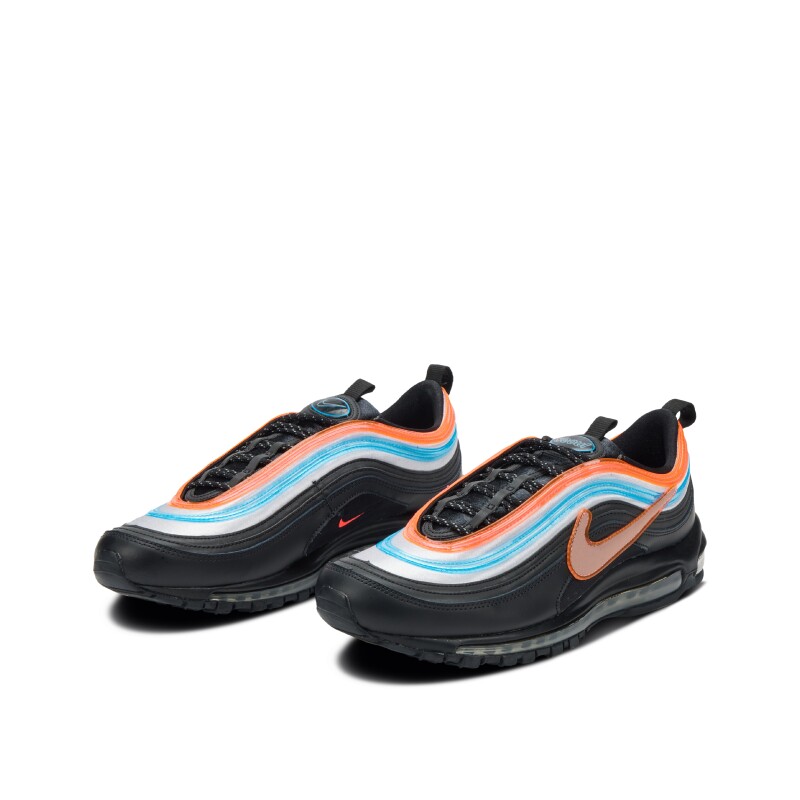 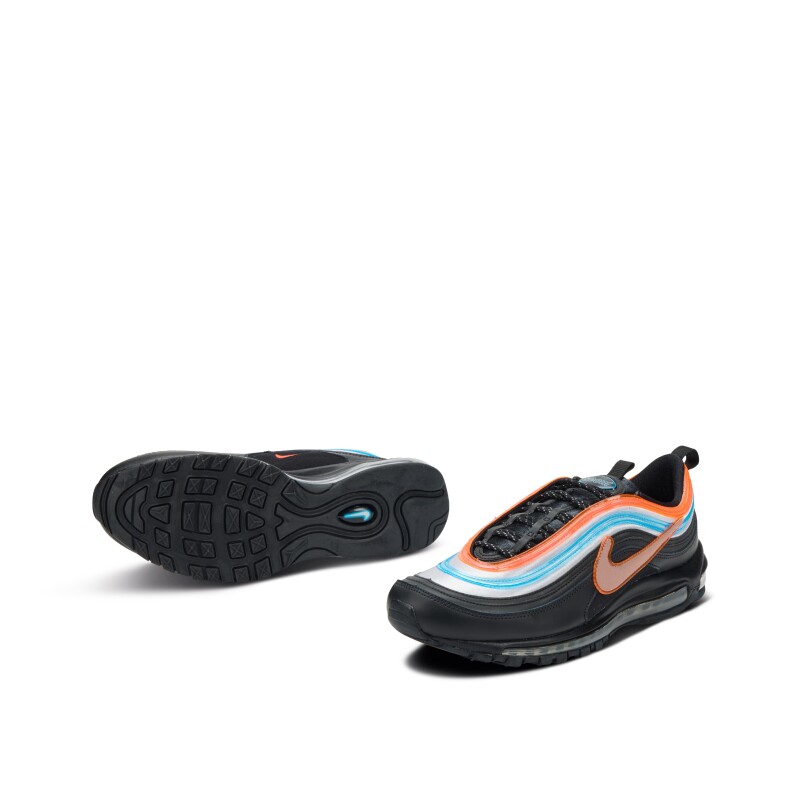 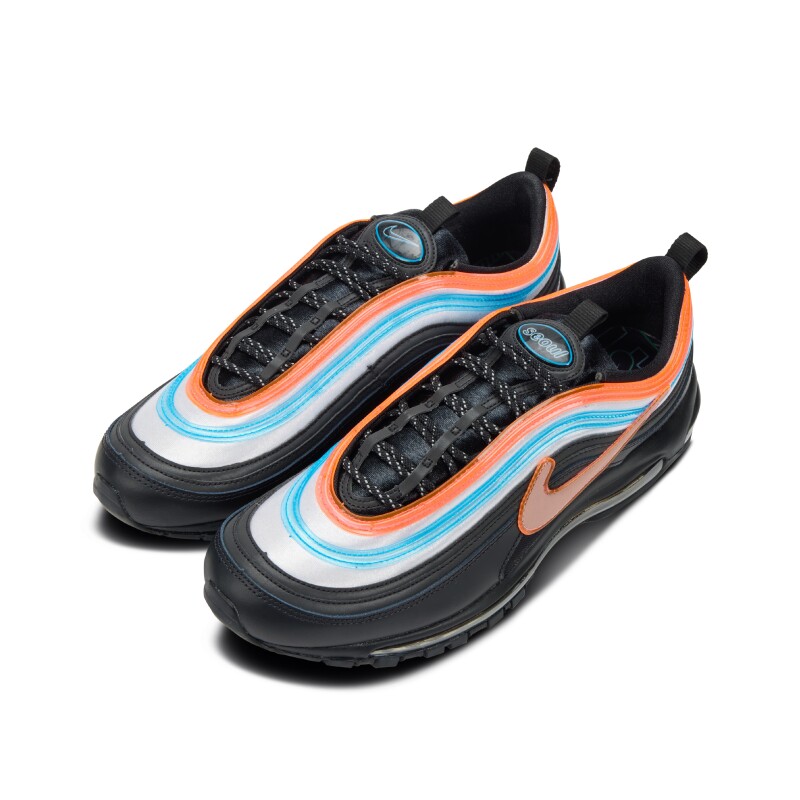 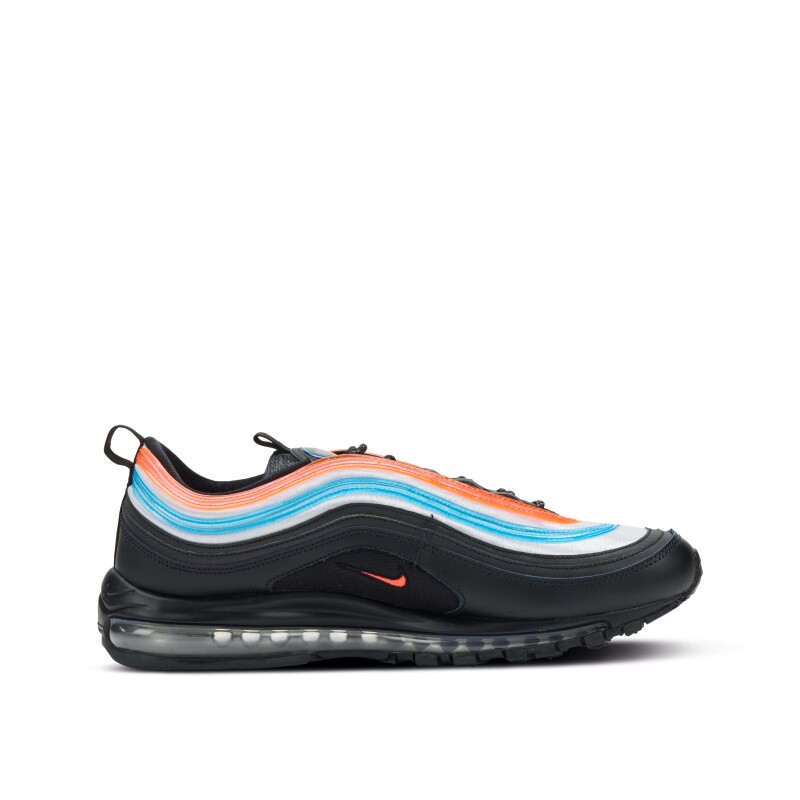 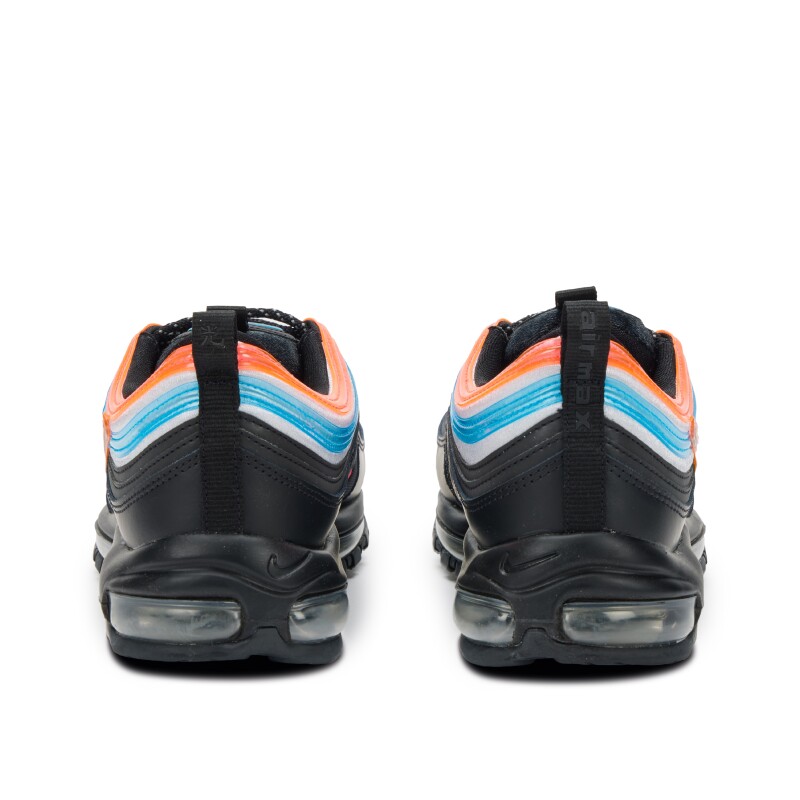 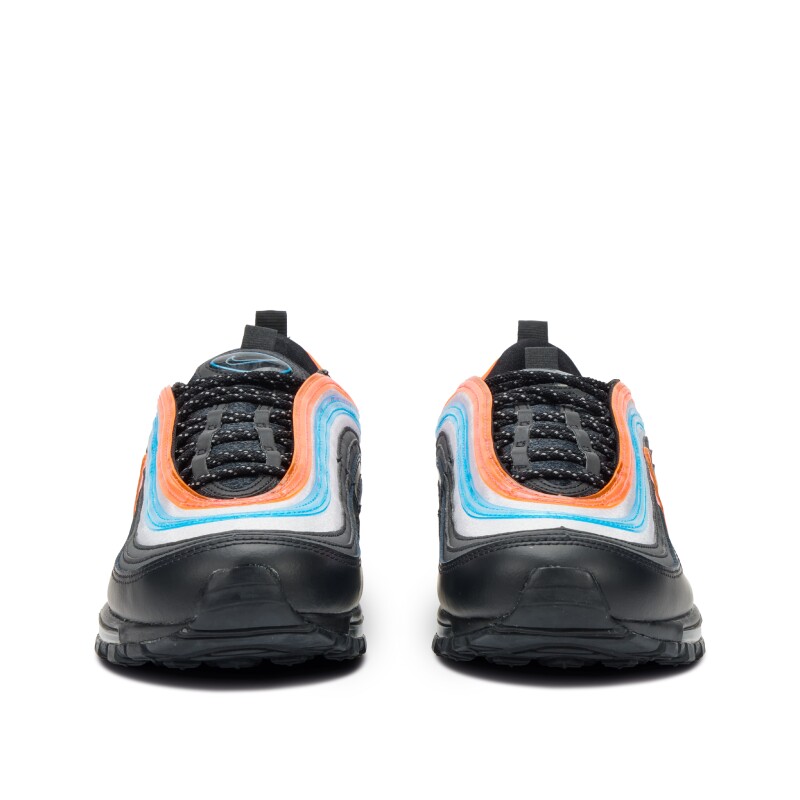 Released in 2019, the Air Max 97 “Neon Seoul” originated from the Nike: On Air contest. The competition brought together thousands of people to workshops ranging from New York City, Paris, London, Tokyo, Shanghai and Seoul, and allowed them a chance to create an Air Max design inspired by their communities. 18 finalists were narrowed down to six winners, and the pair featured was created by Gwang Shin. The design represents her hometown of Seoul, South Korea, and takes inspiration from the city’s famed neon signs. The pair features vivid orange and Blue Lagoon piping on a black, wavy leather upper, and is finished with a contrasting red Swoosh and a full-length Max Air unit.