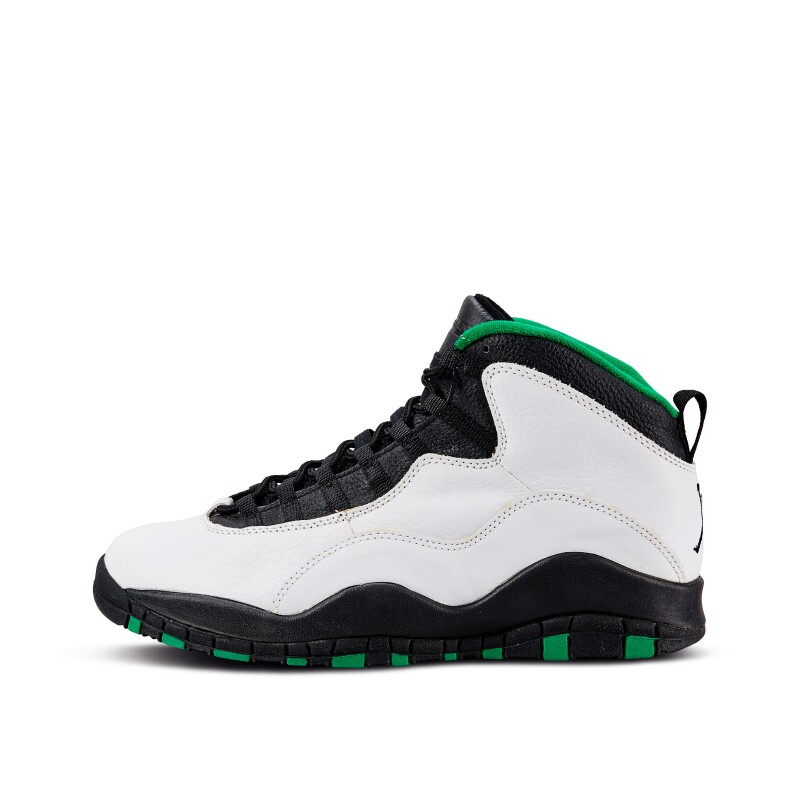 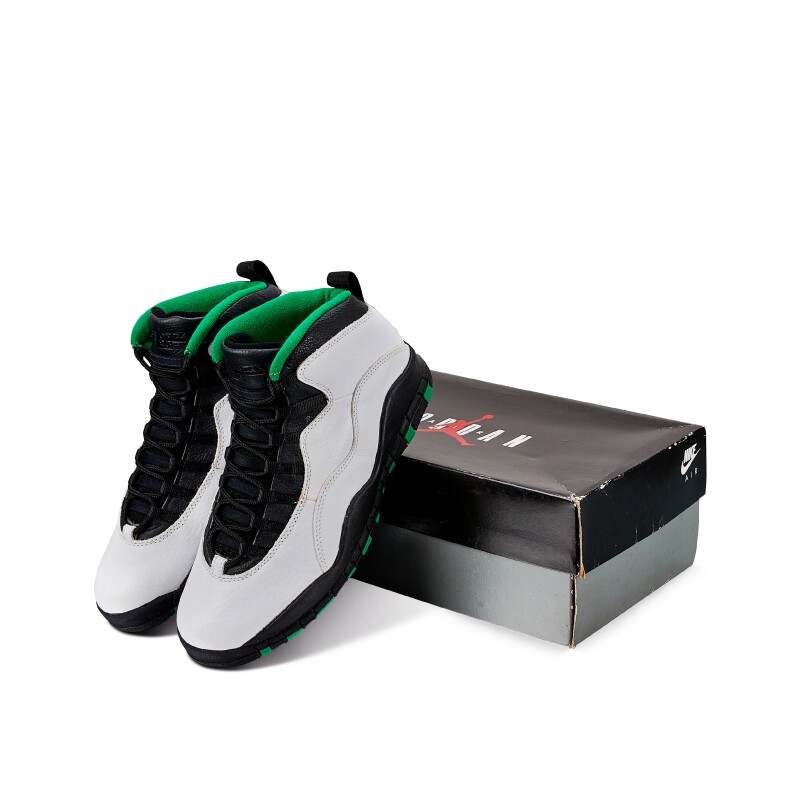 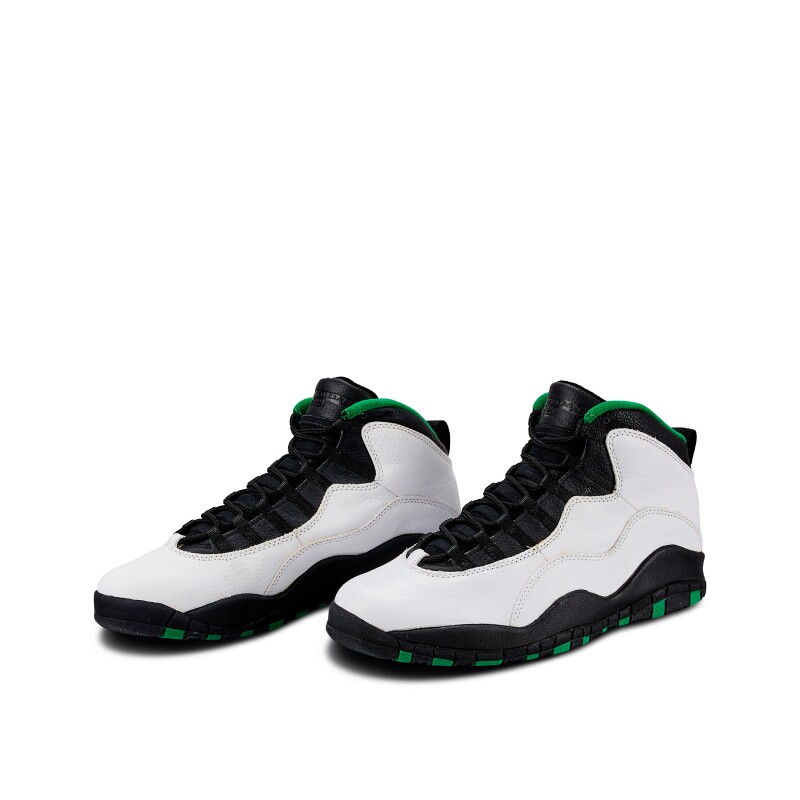 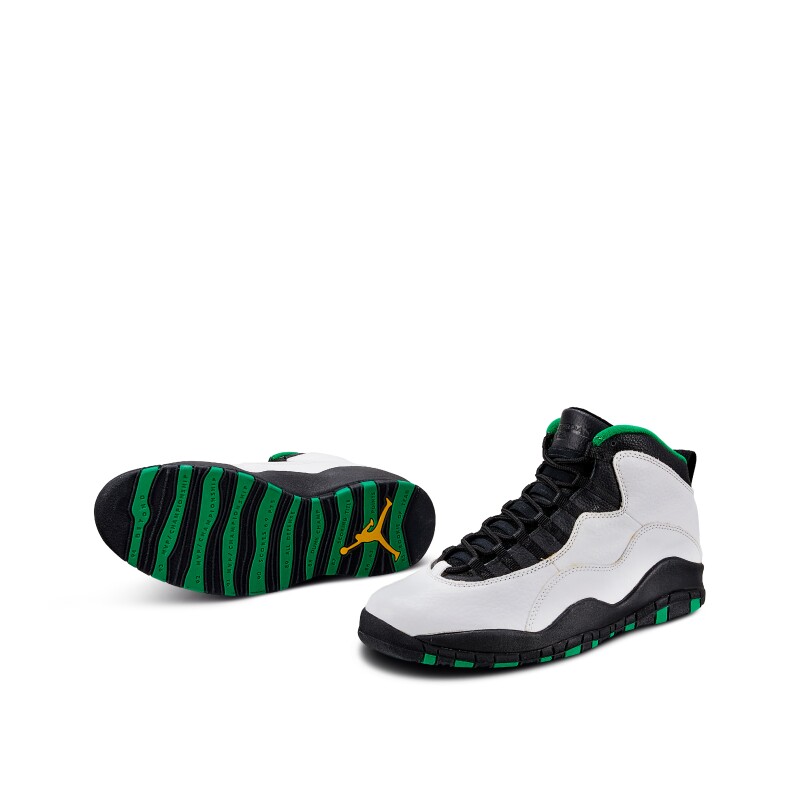 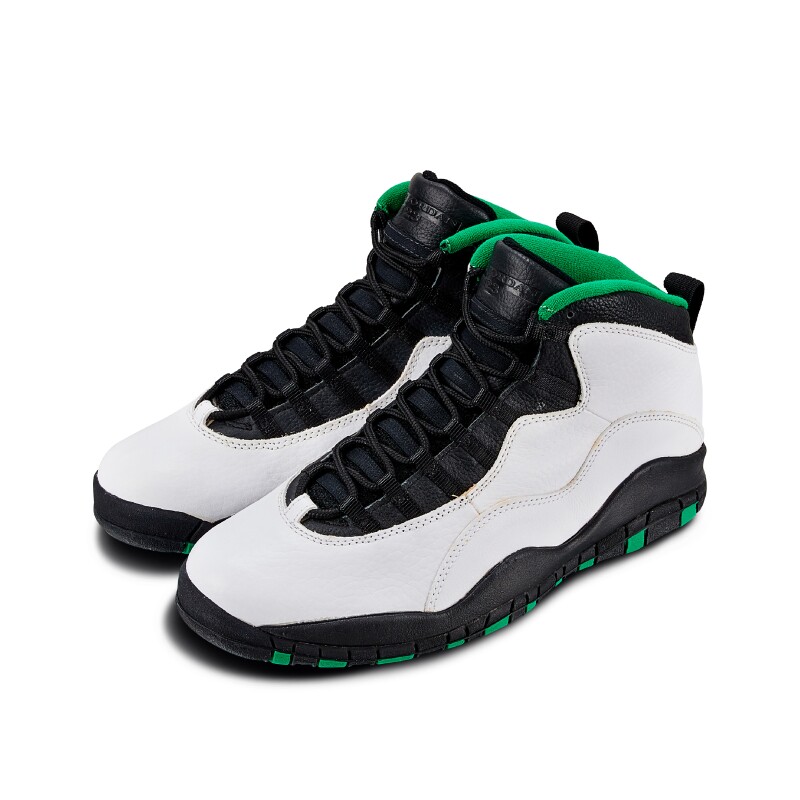 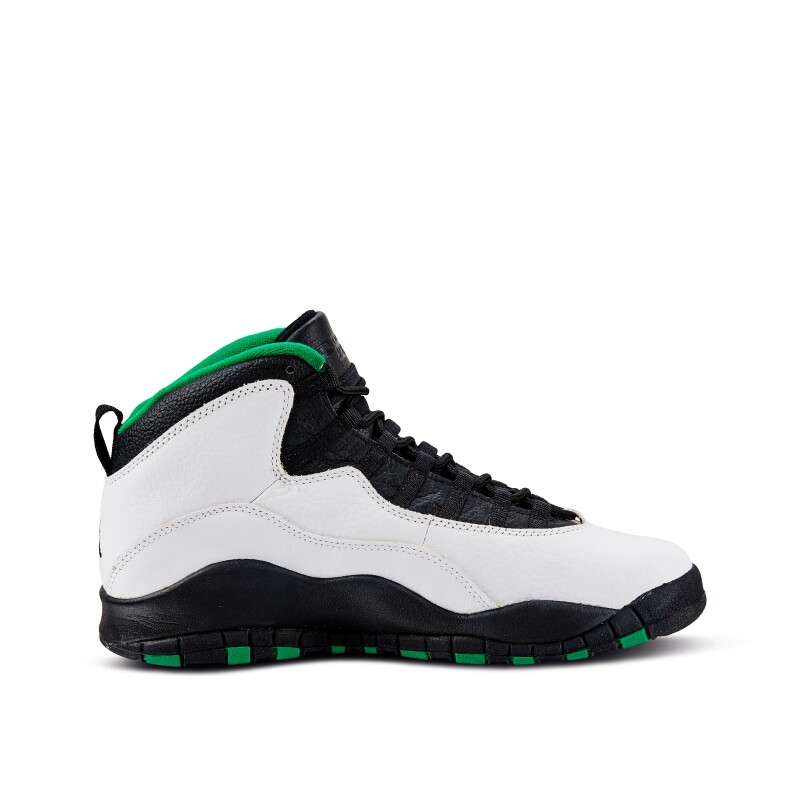 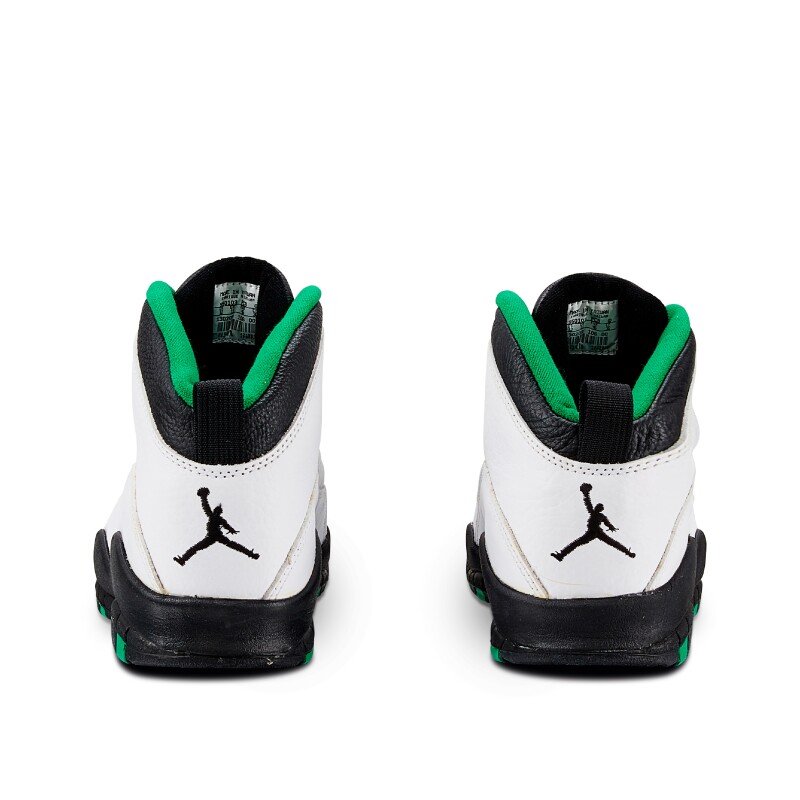 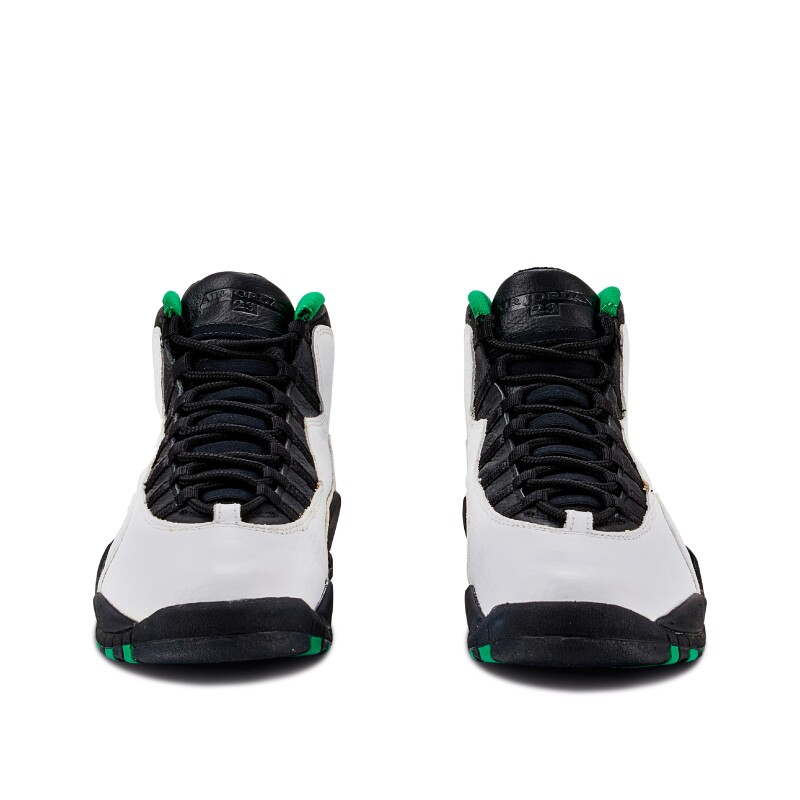 In commemoration of Jordan’s career, sneaker designer Tinker Hatfield featured 10 milestones on the outsole of the sneaker. One from each year, the list began with Jordan’s rookie of the year award in 1985 and ended with a 1994 line that simply read "Beyond." In March of 1995 when Jordan returned to the NBA, he did so in the number 45, as the Bulls had retired his number 23, and the Air Jordan X. This 1994 release, part of the "City Series," is featured in a predominantly white and black upper, with Kelly Green interior lining and accents on the outsole.

Right shoe side panel is slightly creased with minor staining on stitching.