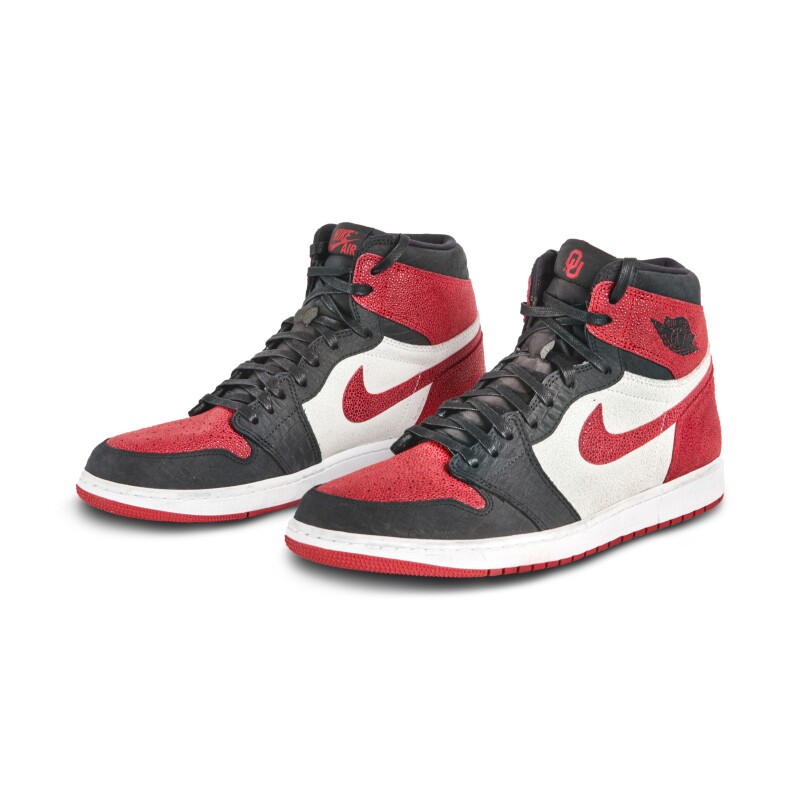 Of all the iterations of the Air Jordan sneakers, Player Exclusive pairs pose a particularly elite status. Player Exclusive shoes are made exclusively for players, and not released to the general public. From gracing the feet of Michael Jordan to the courts of March Madness, a Player Exclusive pair is as close as a collector can get to owning a piece of the game.

This rare Player Exclusive, themed in honor of the Oklahoma Sooners, was one of a few highly anticipated university themed Air Jordan 1’s teased during Holiday 2019. The Nike “Air Jordan” is one of the most iconic designs in the history of both streetwear and basketball, and is a key part of the origin of the Air Jordan brand for Nike. Designed by Peter Moore, Michael Jordan wore Air Jordan 1s in 1984 and 1985.

The Oklahoma Sooners, an Air Jordan sponsored team, has a long and rich history in the NCAA. Appearing in the NCAA tournament 32 times with 5 appearances in the Final Four, the Oklahoma Sooners have produced some of the strongest basketball players in the game's history. Notably, the University of Oklahoma is the alma mater of famed basketball star Blake Griffin.

Light scuffing on the midsoles.