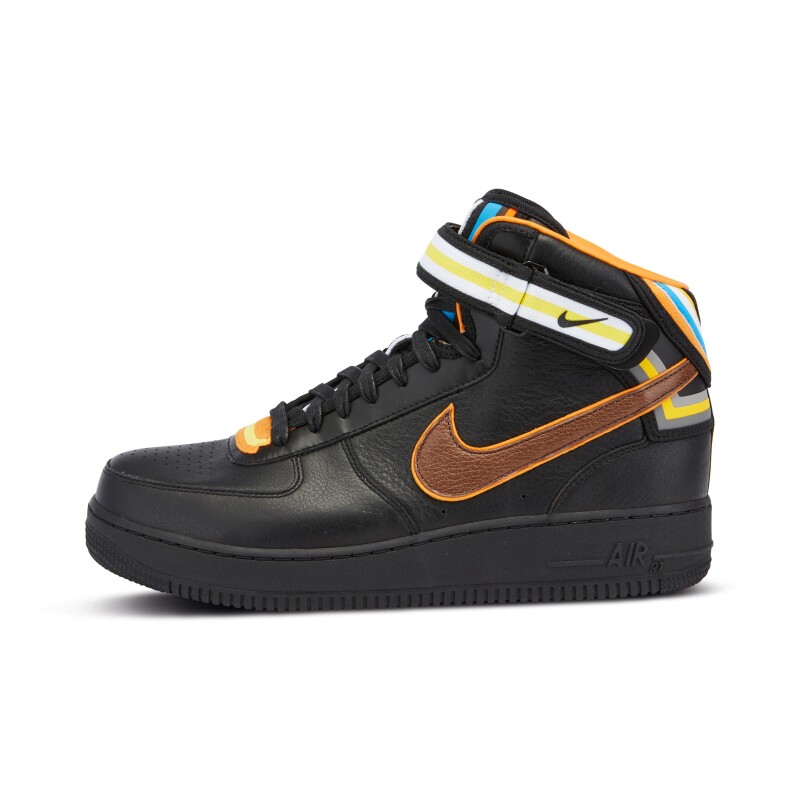 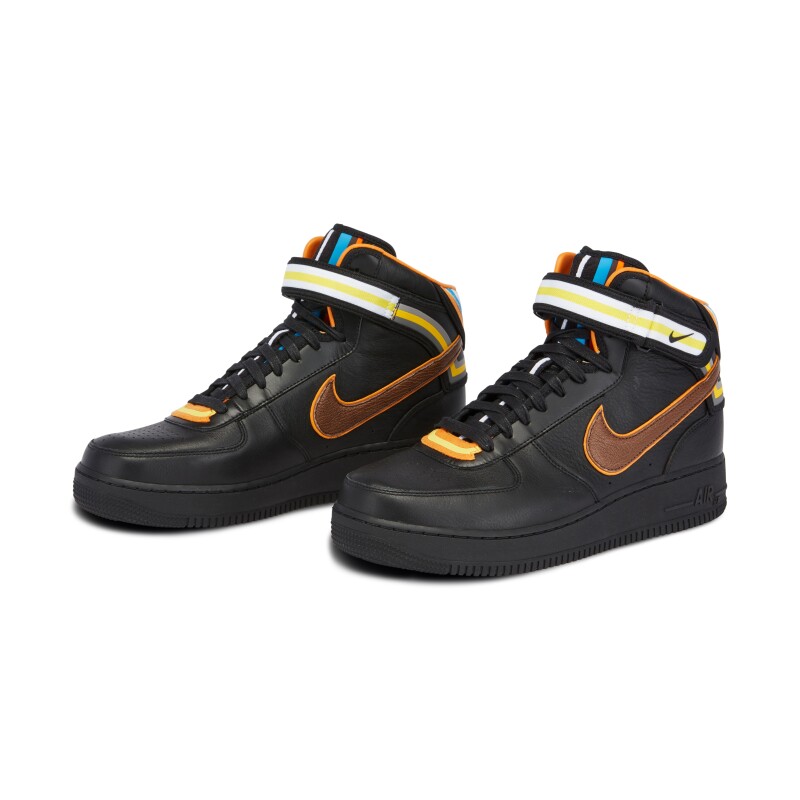 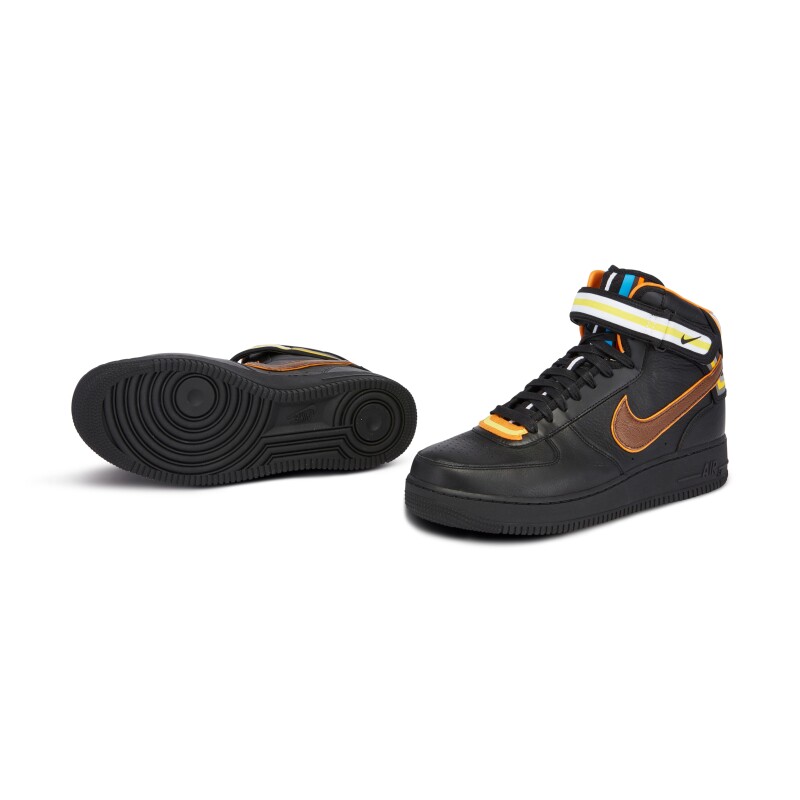 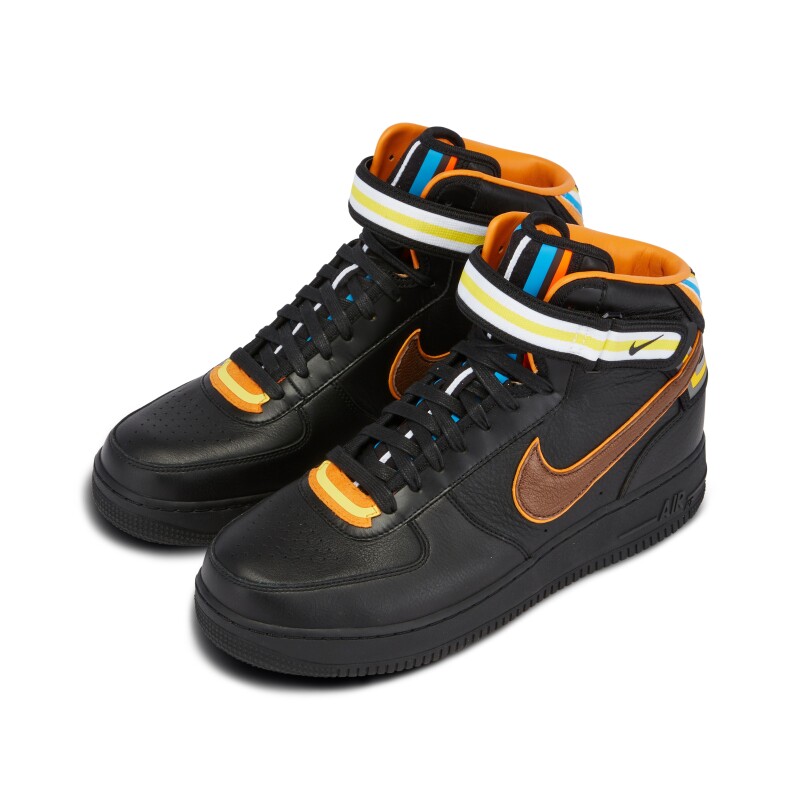 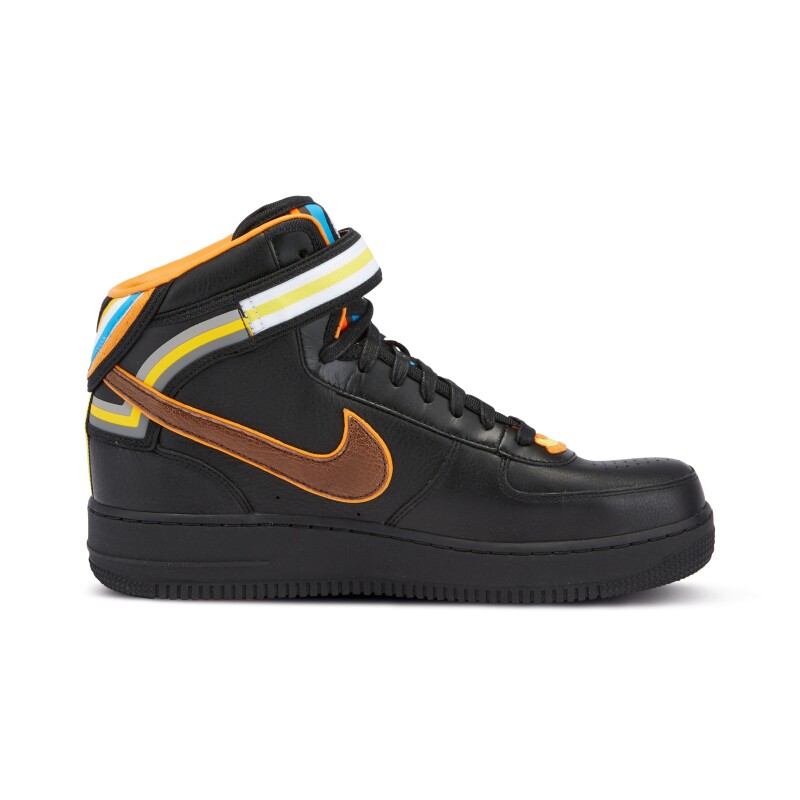 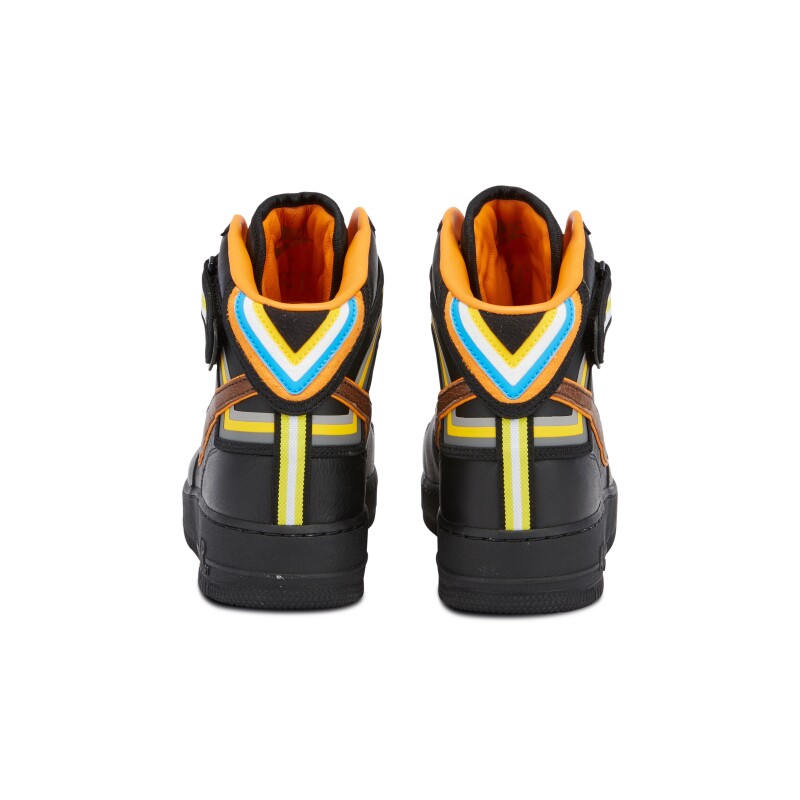 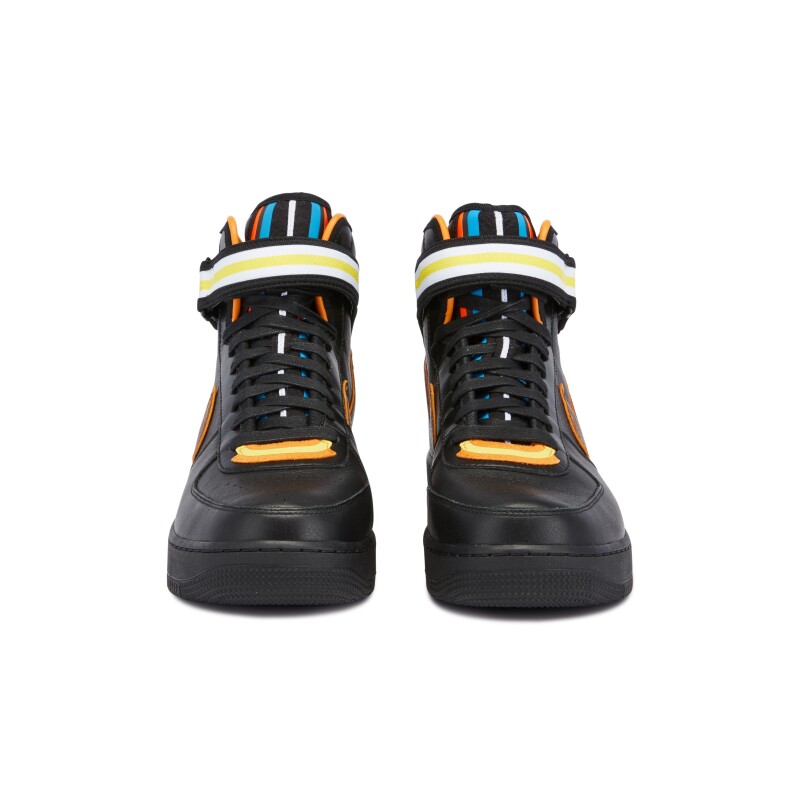 In 2014, Nike teamed up with Italian fashion designer Ricardo Tisci to produce a limited line of Air Force 1's. This promo pair features the striking color palette and design hatched from that collaboration. Originally released in 1982, the Air Force 1 is named after the presidential aircraft. Designed by Bruce Kilgore, it was the first basketball shoe to feature revolutionary air pocket technology. Today it is one of Nike’s most iconic, bestselling sneakers.