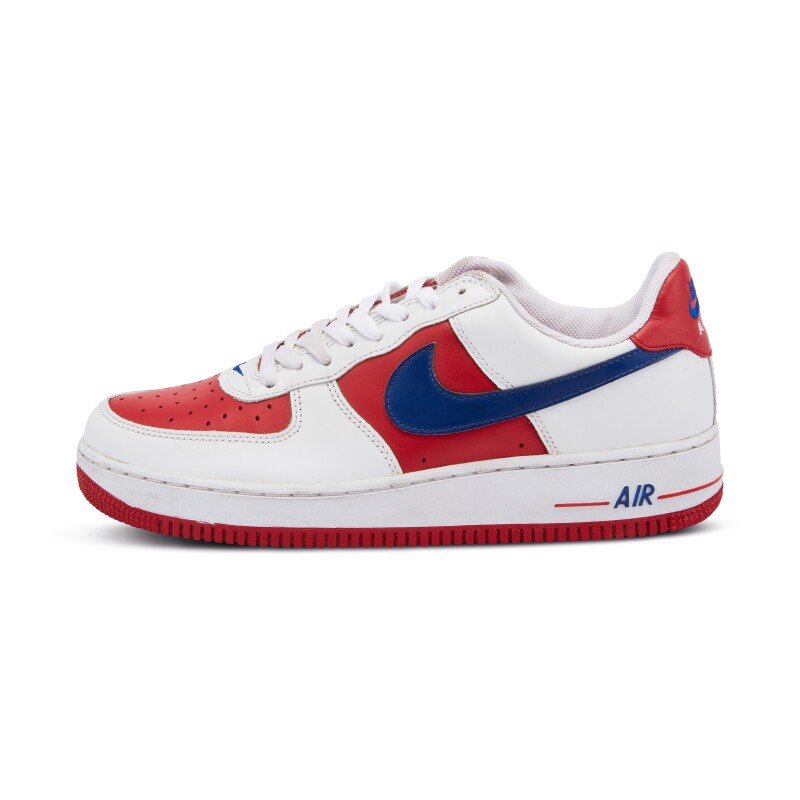 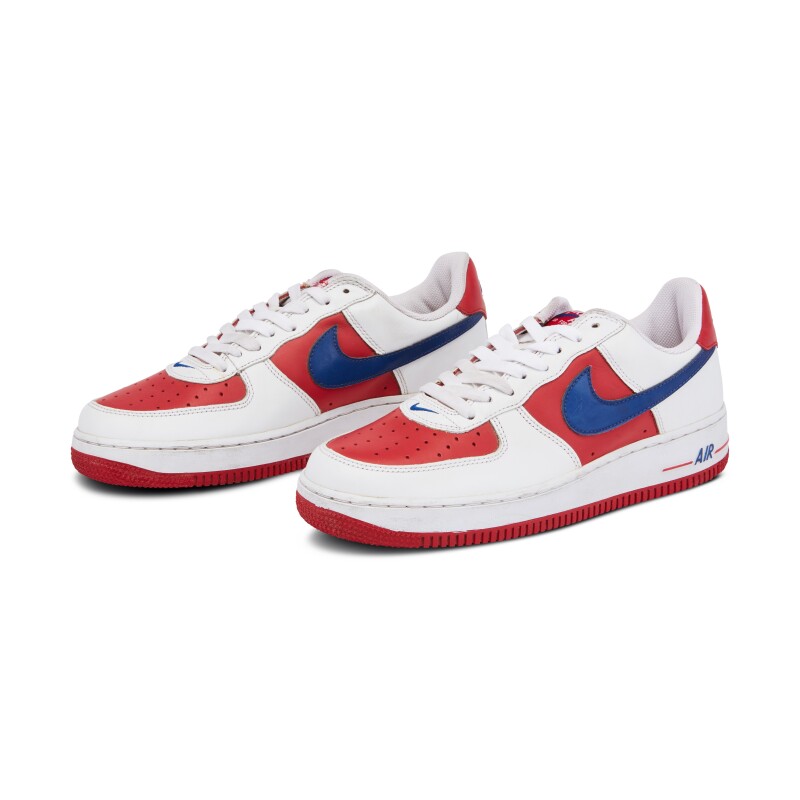 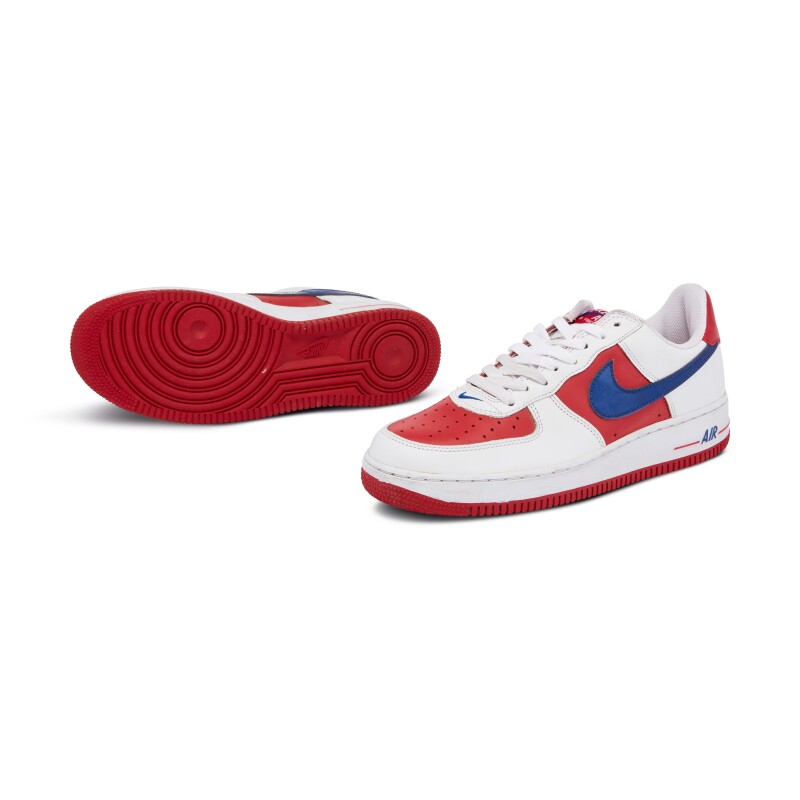 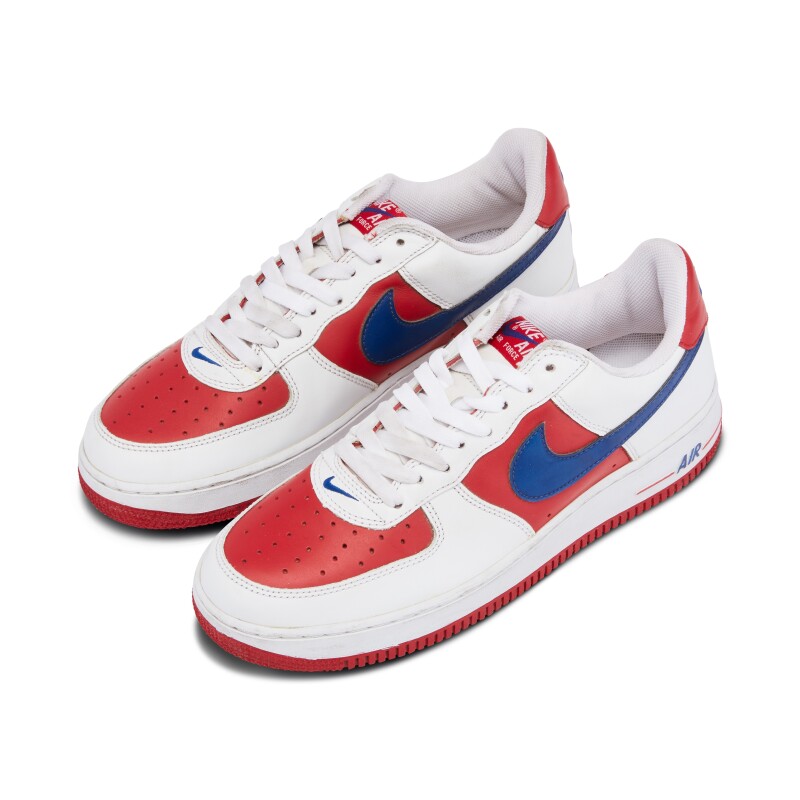 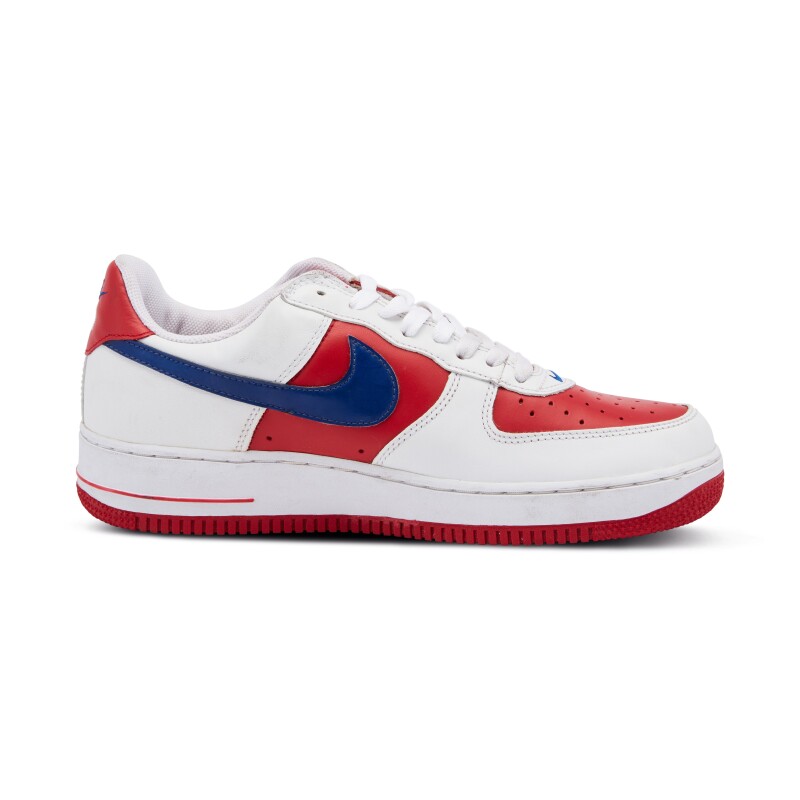 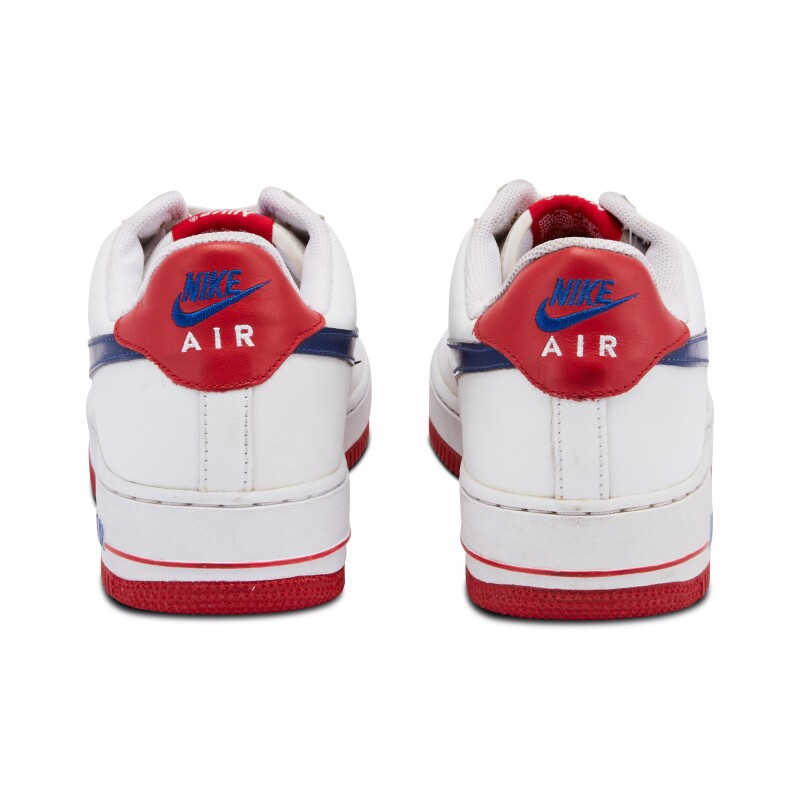 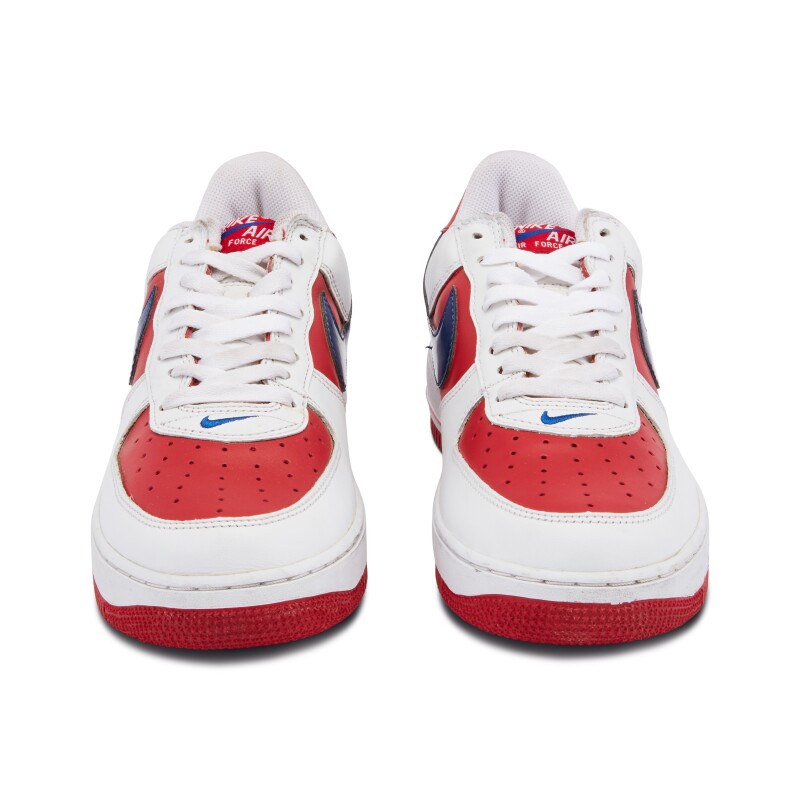 Nike celebrated Independence Day 2004 with this women's edition of the Air Force 1. This model features a patriotic white leather upper, Sport Royal blue Swoosh and Varsity Red details throughout. Originally released in 1982, the Air Force 1 is named after the presidential aircraft. Designed by Bruce Kilgore, it was the first basketball shoe to feature revolutionary air pocket technology. Today it is one of Nike’s most iconic, best selling sneakers.

Sneakers manufactured 10 years or more prior to date of sale may displays signs of age and may deteriorate faster with wear.