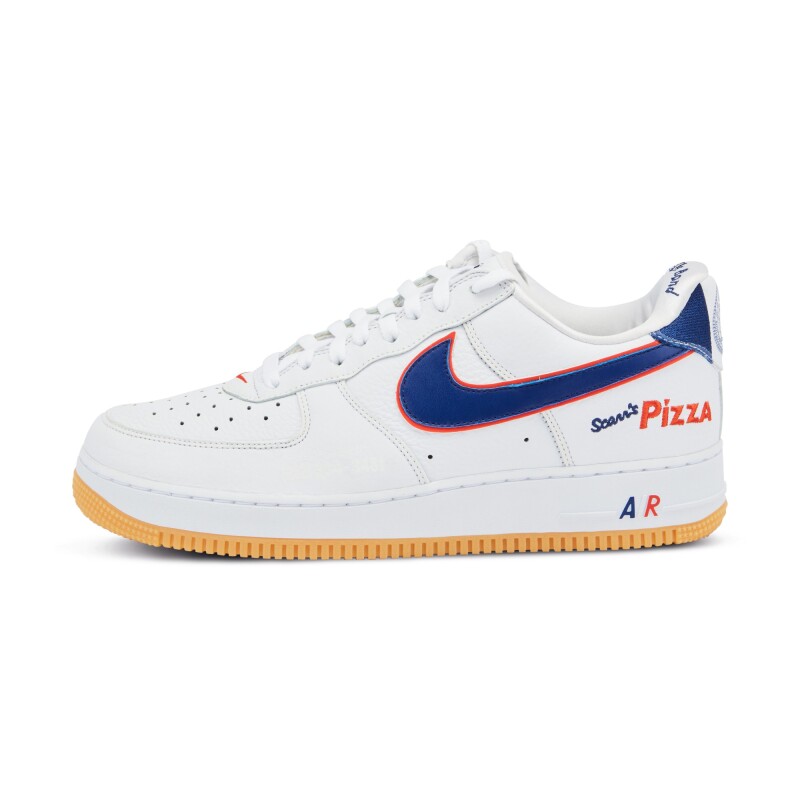 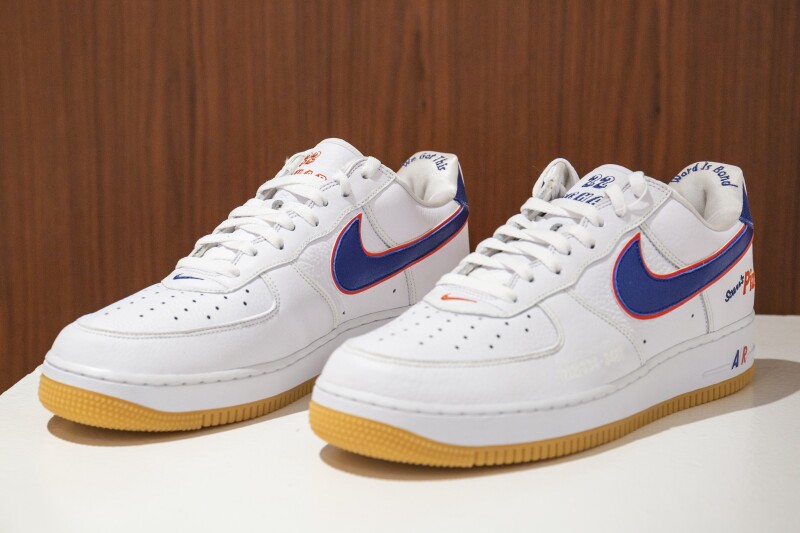 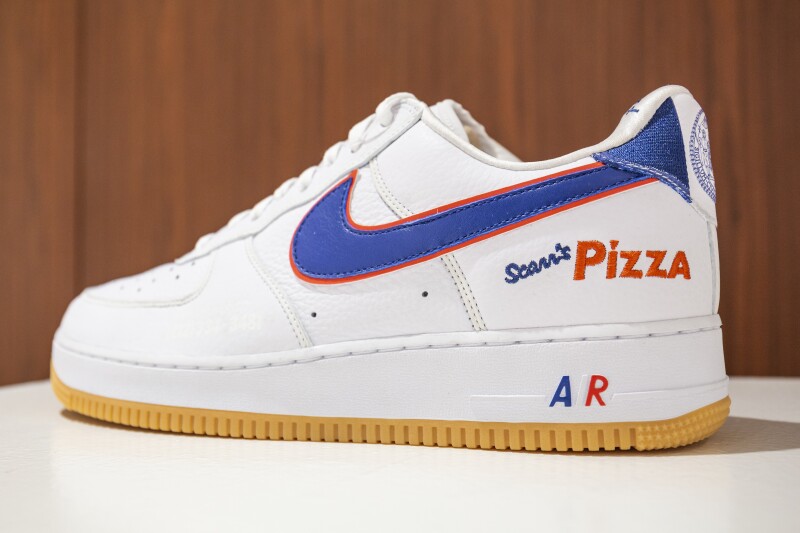 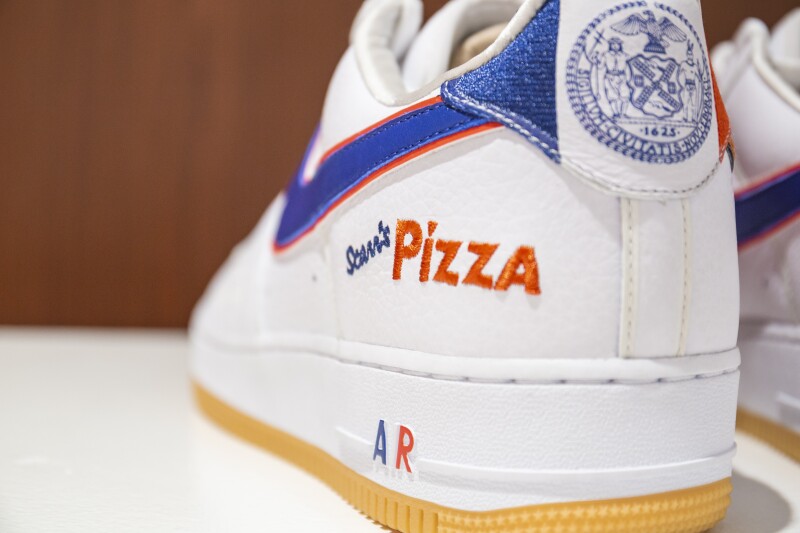 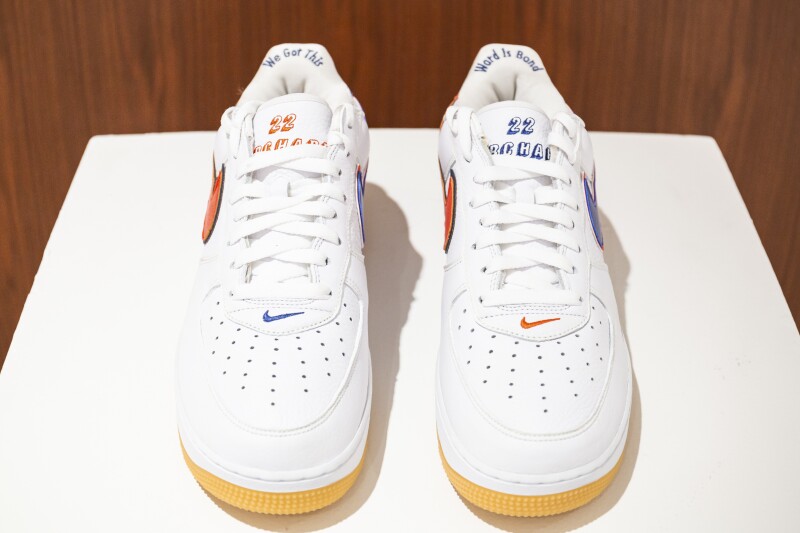 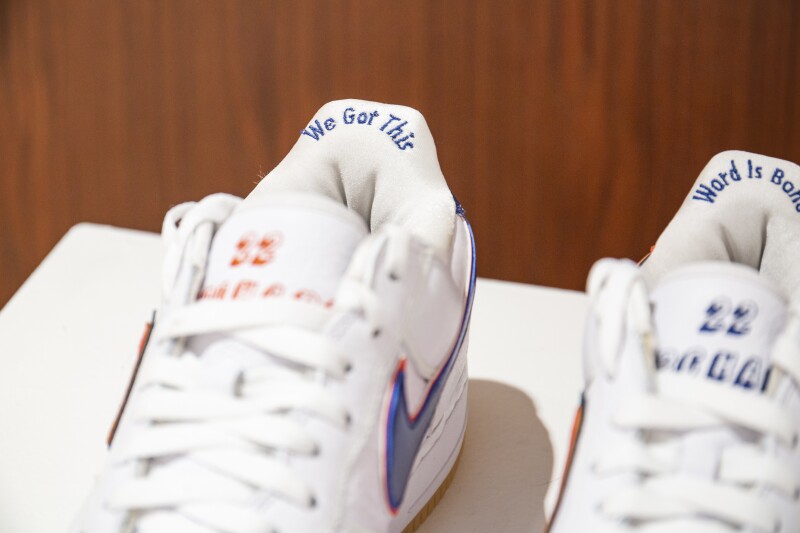 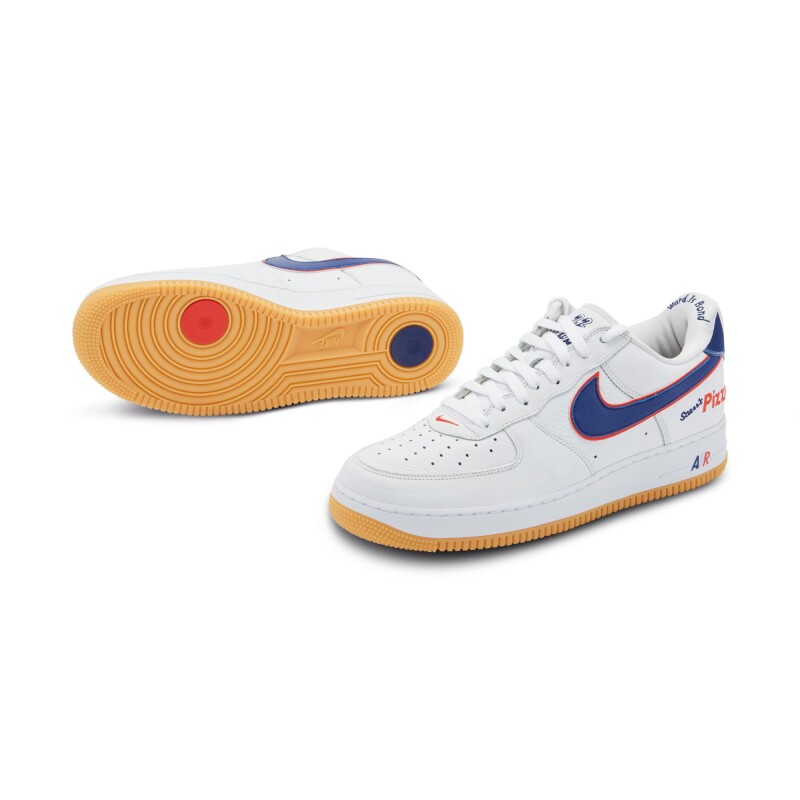 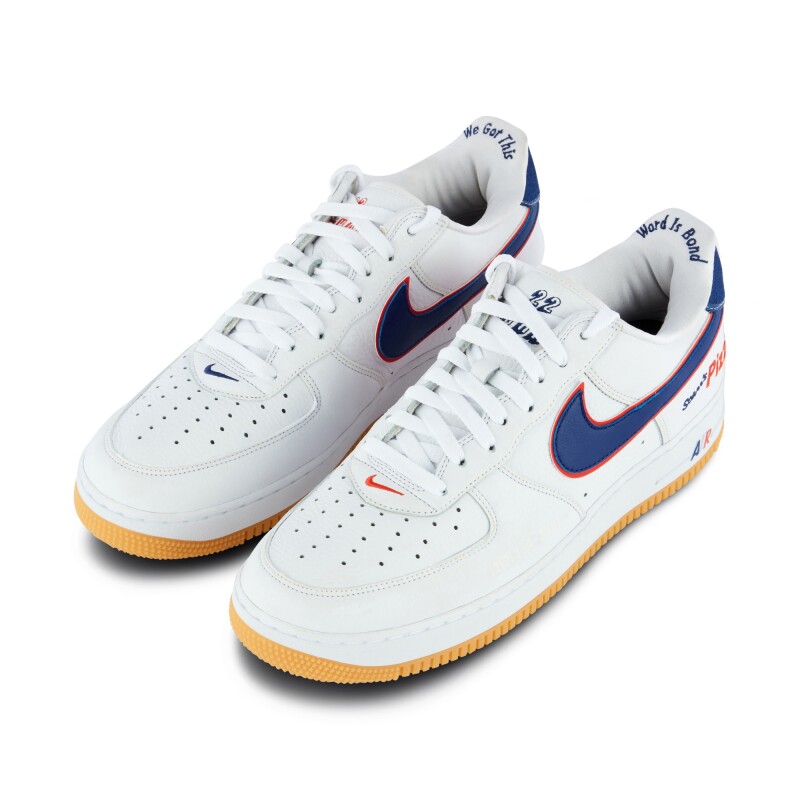 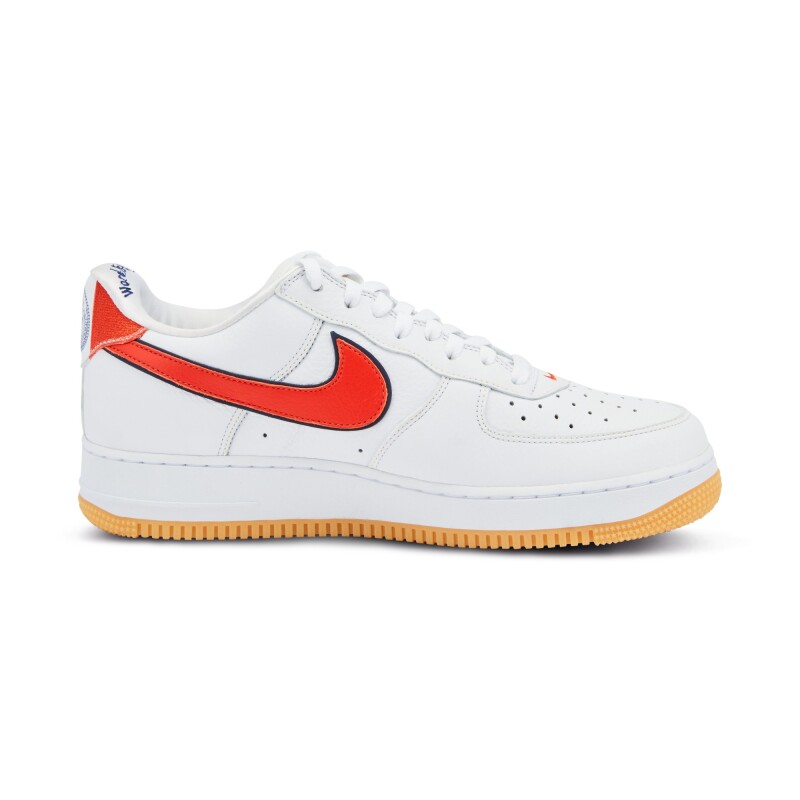 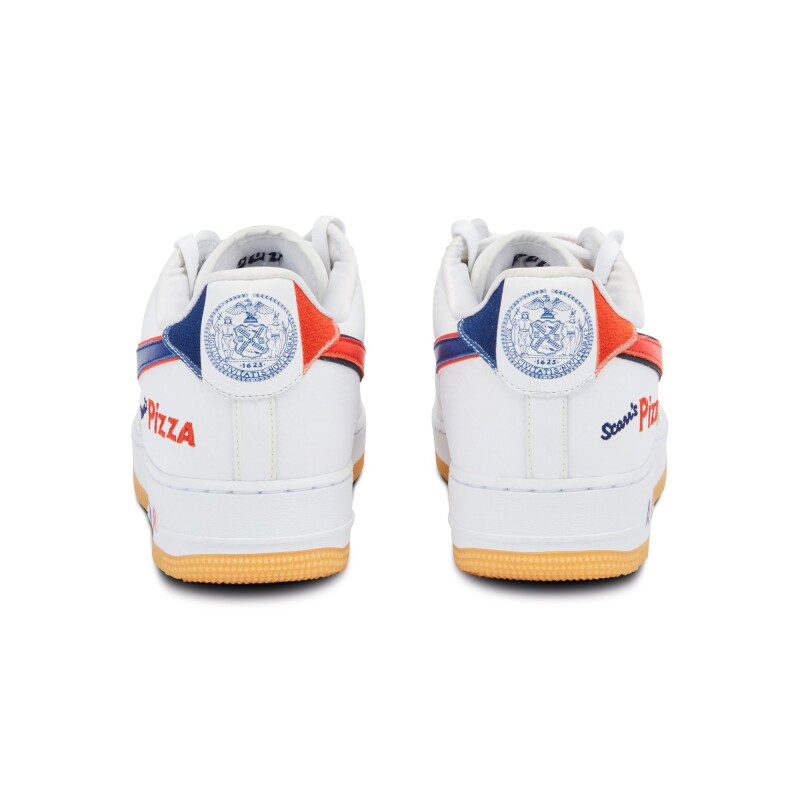 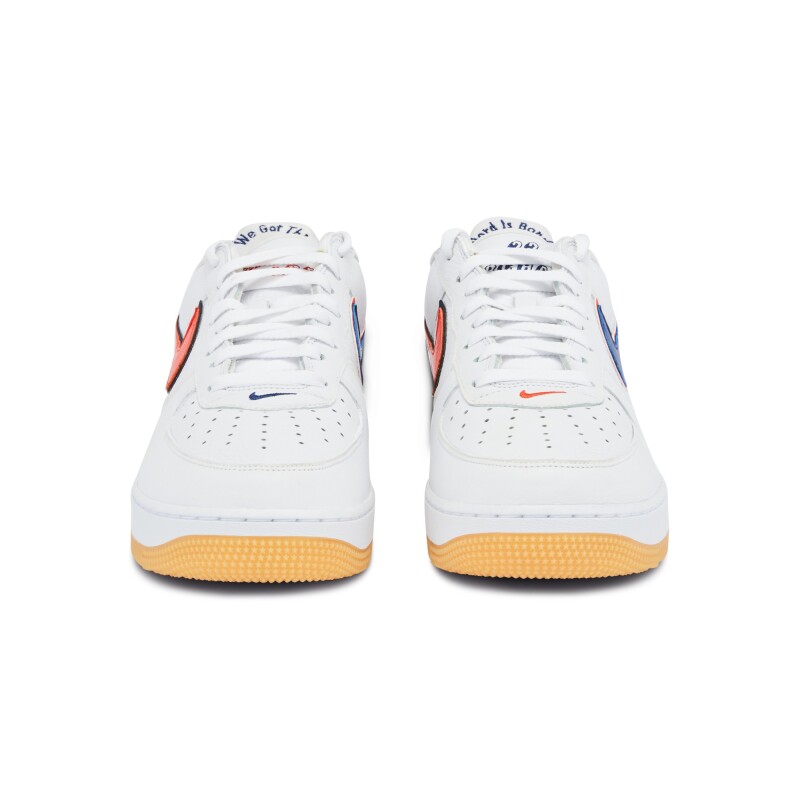 Considered to be 1 of only 48 pairs, this Air Force 1 Hyperstrike was dropped in 2019 to friends and family of the much-loved Lower East Side establishment, Scarr’s Pizza.

Founder Scarr Pimental and team member Audie Villot had the idea to create an Air Force 1 that reflected the quality of the OG versions they grew up with and to commemorate their home city. Two years later, with the support of DJ Clark Kent, the unique collaboration with Nike was celebrated among the community who helped fuel their success.

Pimental and Villot brought the same meticulousness to their city’s signature sneaker, as they do to their city’s signature food. Having referenced their personal collections for the build, they ensured the double-stacked mismatched Swoosh logos measured one inch at the base - a detail that would be noted by true OG aficionados. The shoe is embroidered with Scarr’s Pizza logos at the heel and Orchard street address on the tongue. The phone number is printed in 3M material at the forefoot. Phrases 'We Got This’ and ‘Word is Bond’ are embroidered on the upper lips and ‘Got Pies’ on the underside of each tongue. The insoles are embroidered with personalized messages from Scarr’s and DJ Clark Kent. The heel tabs reflect the flag of New York City, featuring the seal Pimental discovered on one of his many trips to the principal's office.