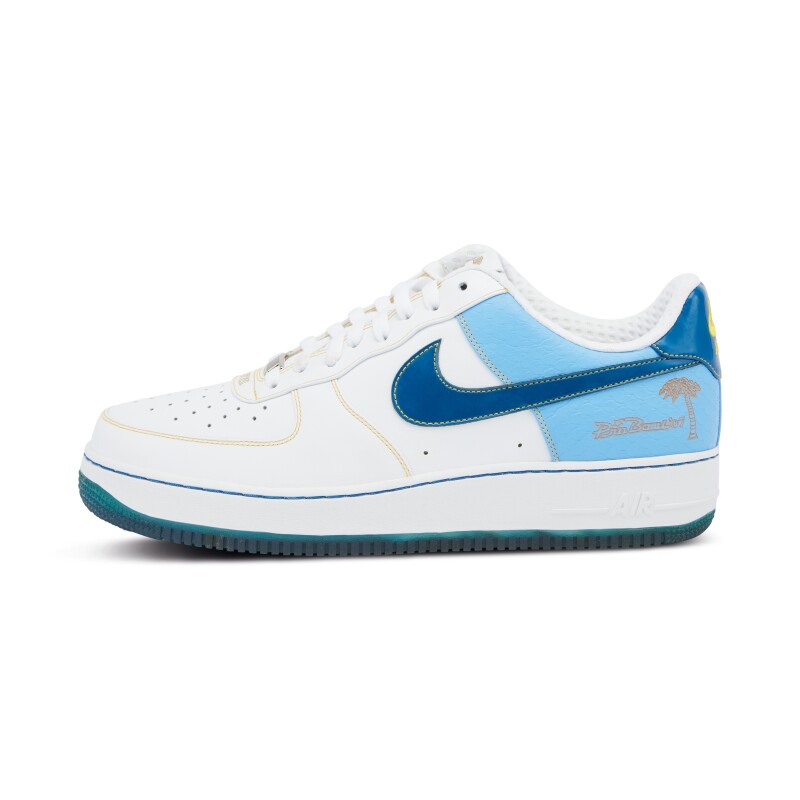 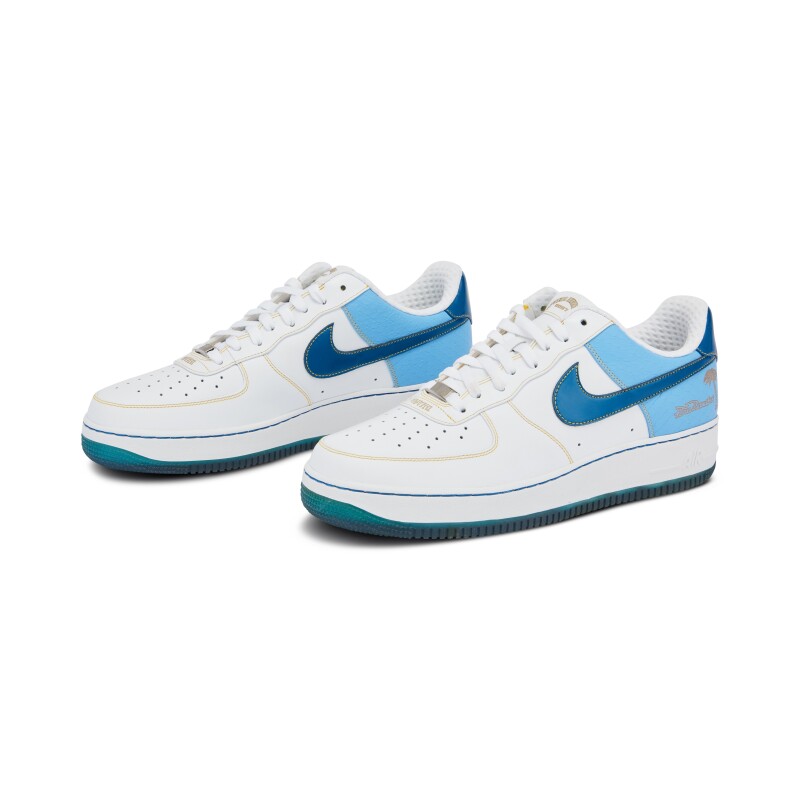 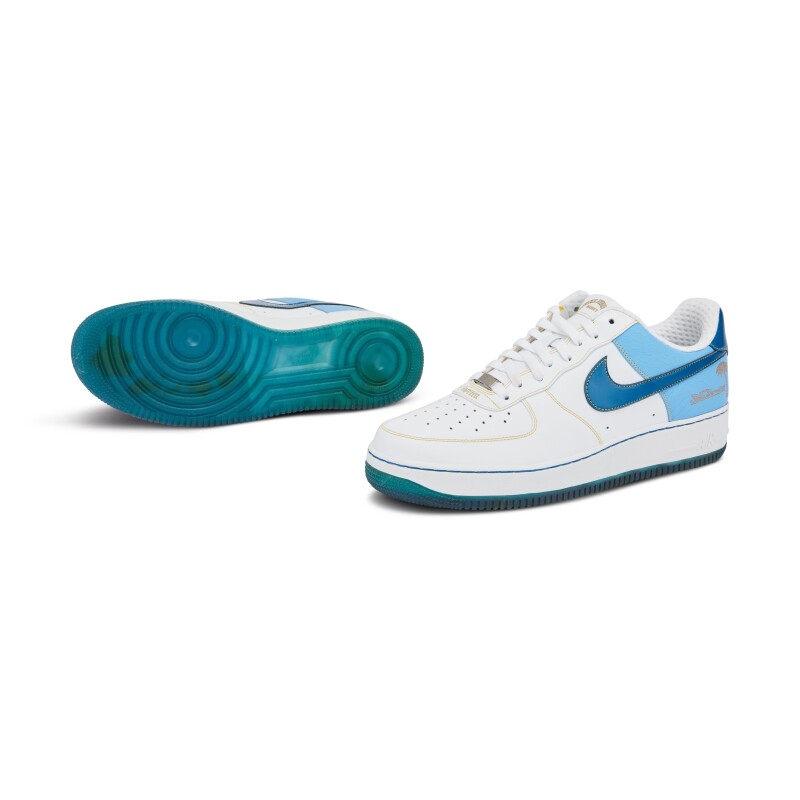 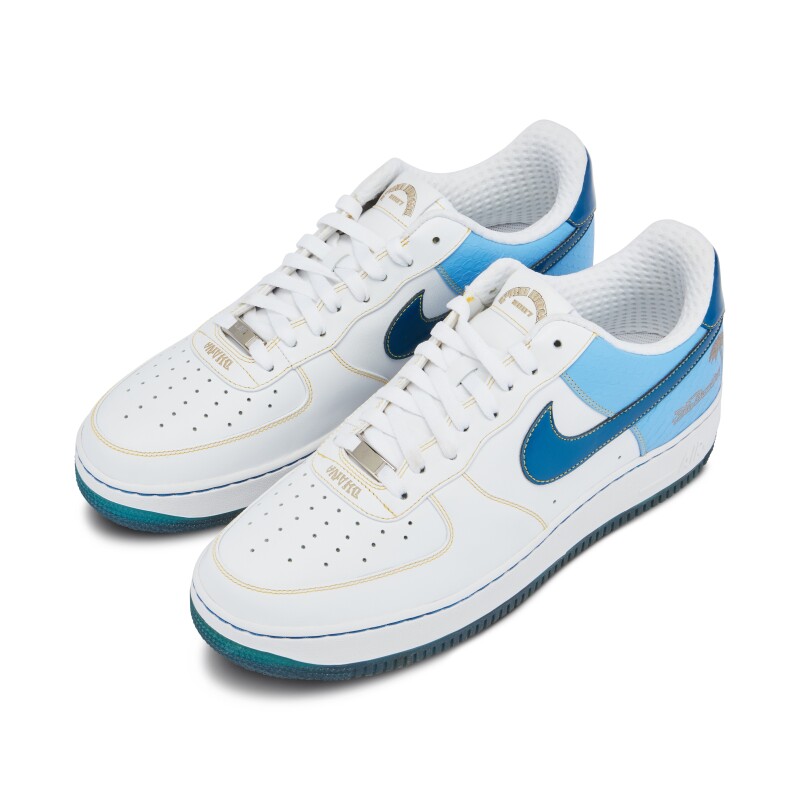 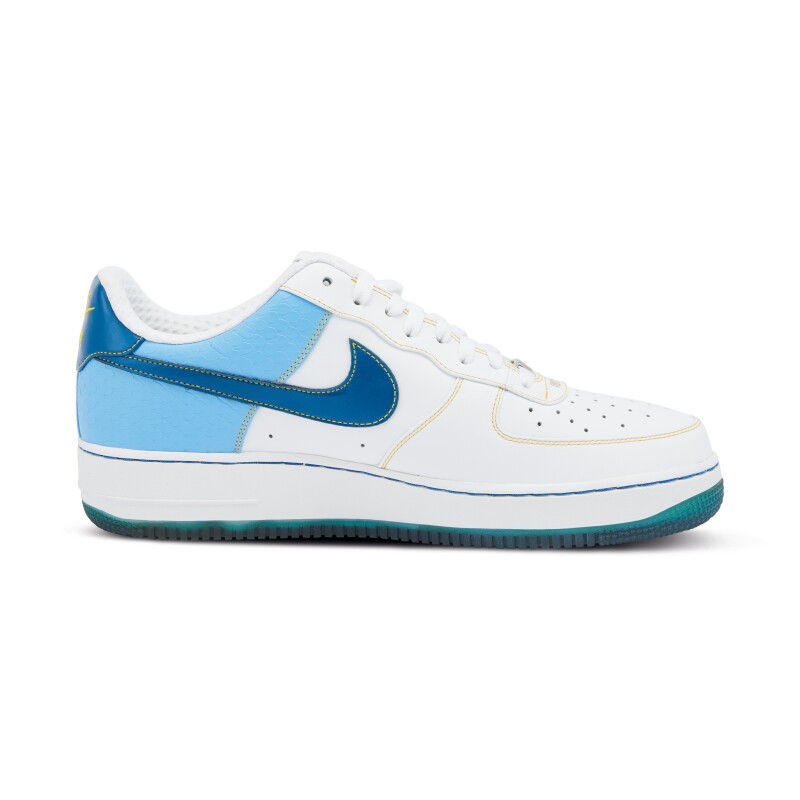 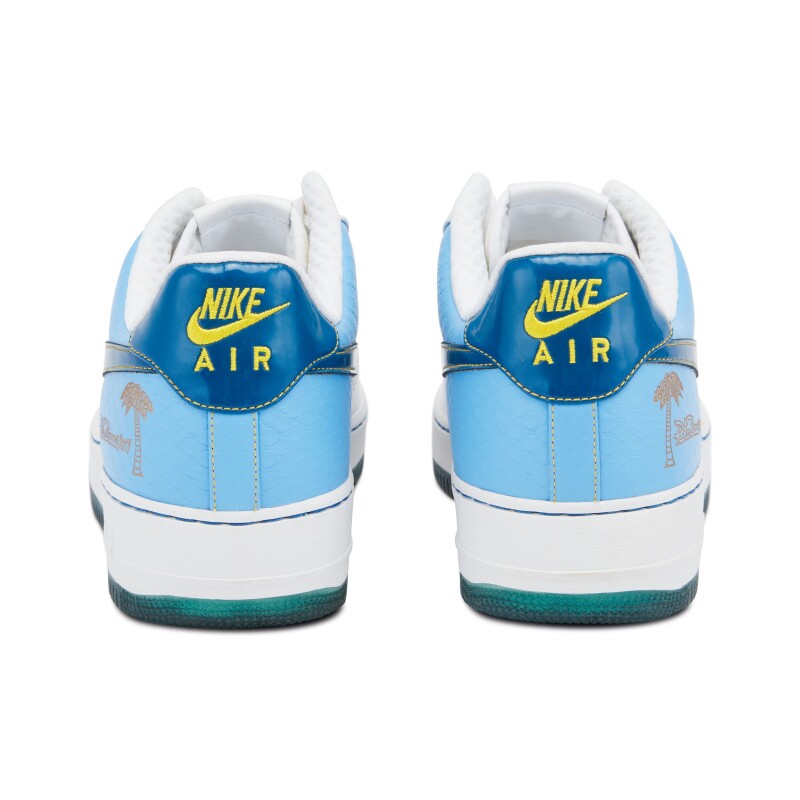 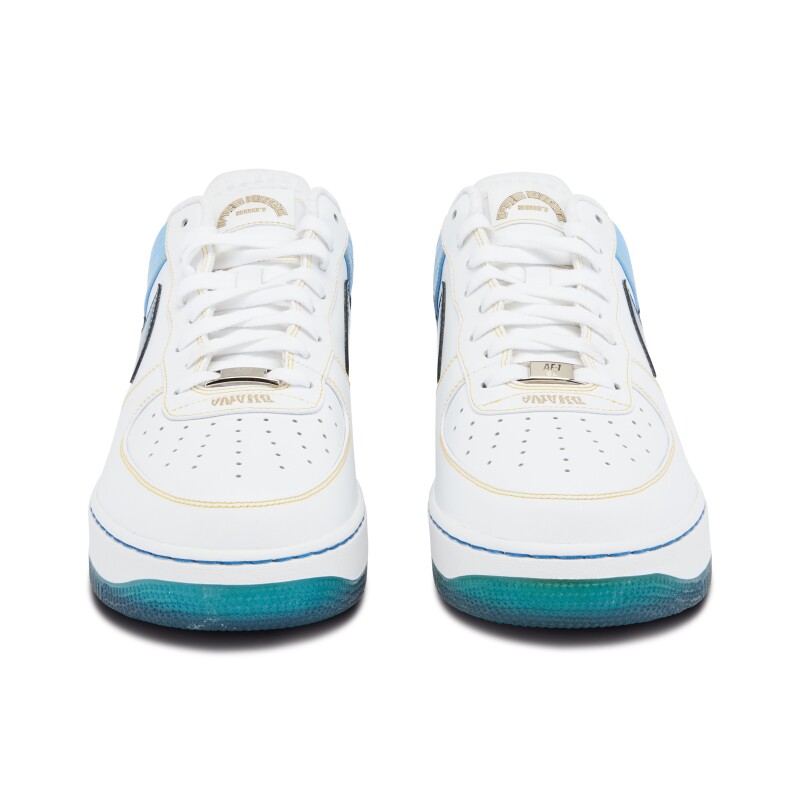 The classic AF1 was updated with special detailing to celebrate the 2007 Pro Bowl in Hawaii. White uppers with blue and yellow accent stitching. Blue, wave-like texture and palm trees decorate the heels.