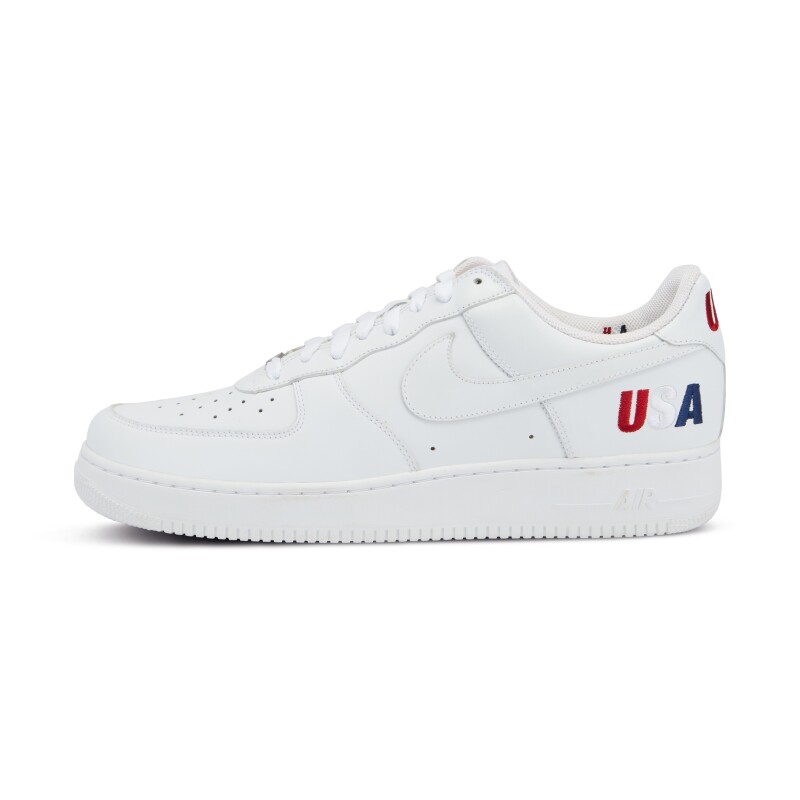 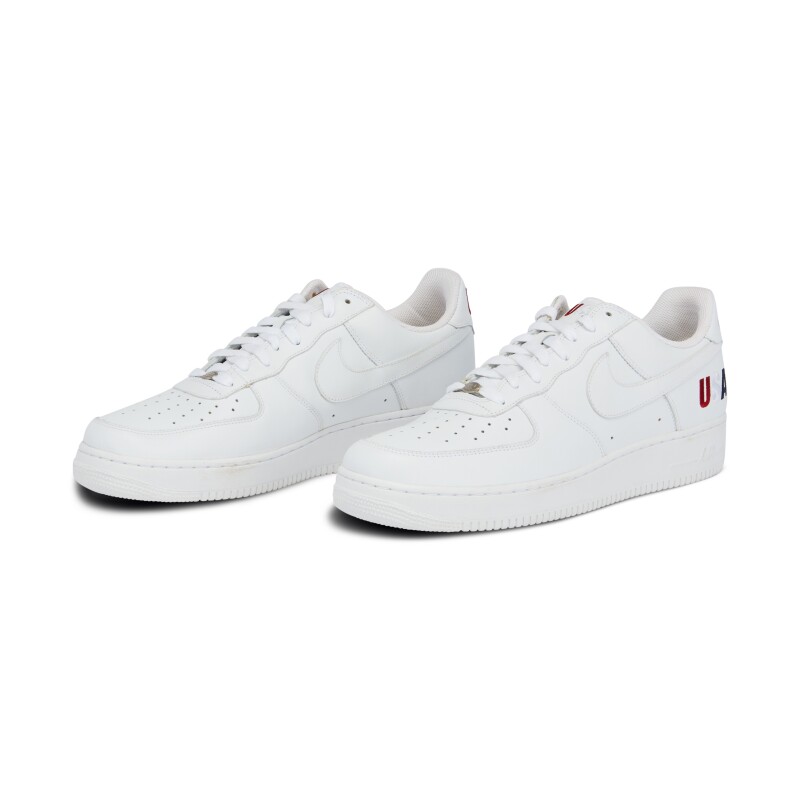 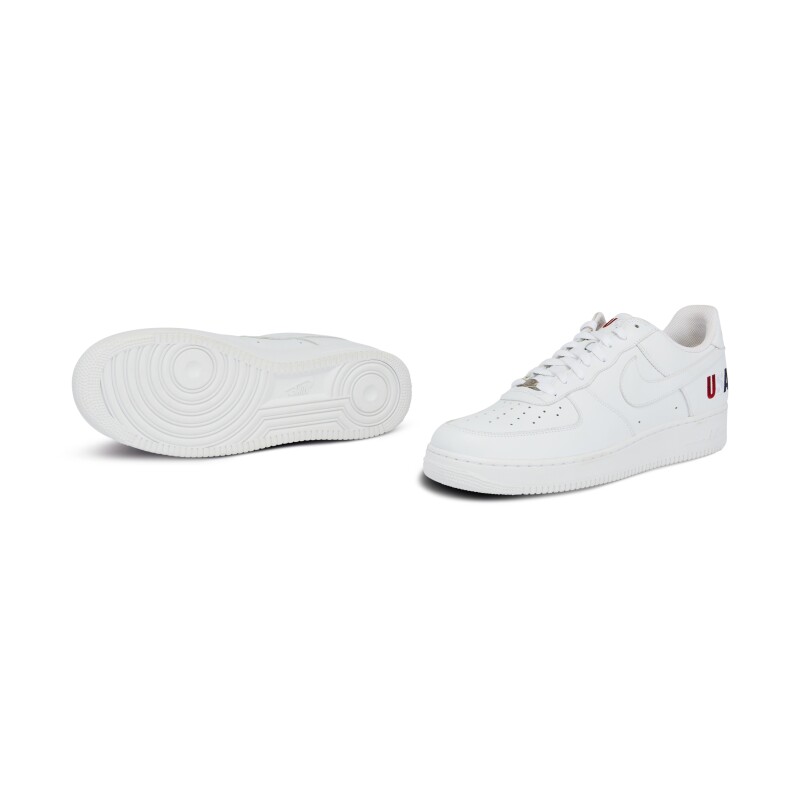 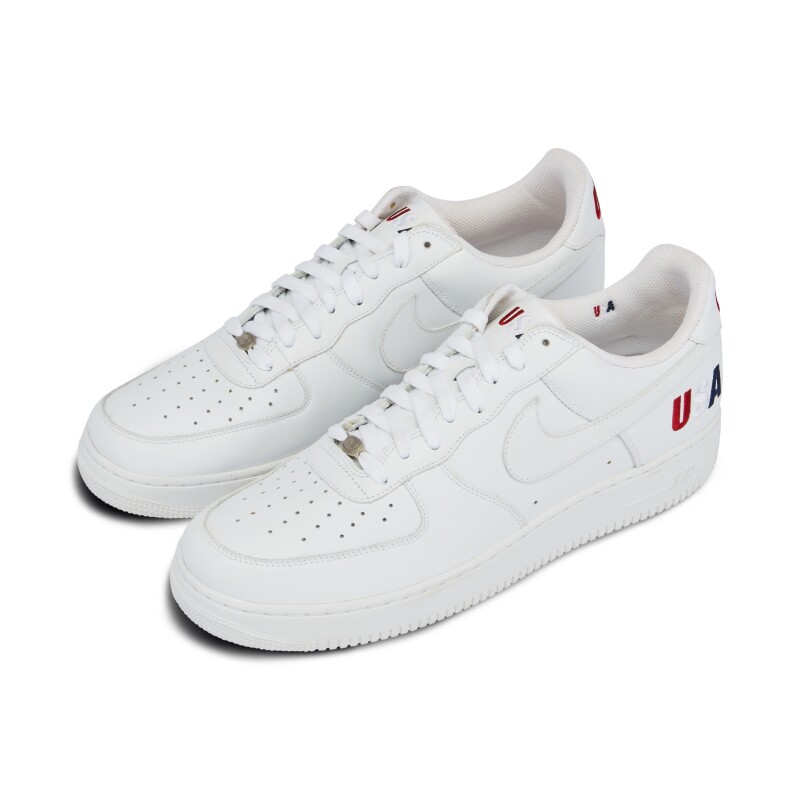 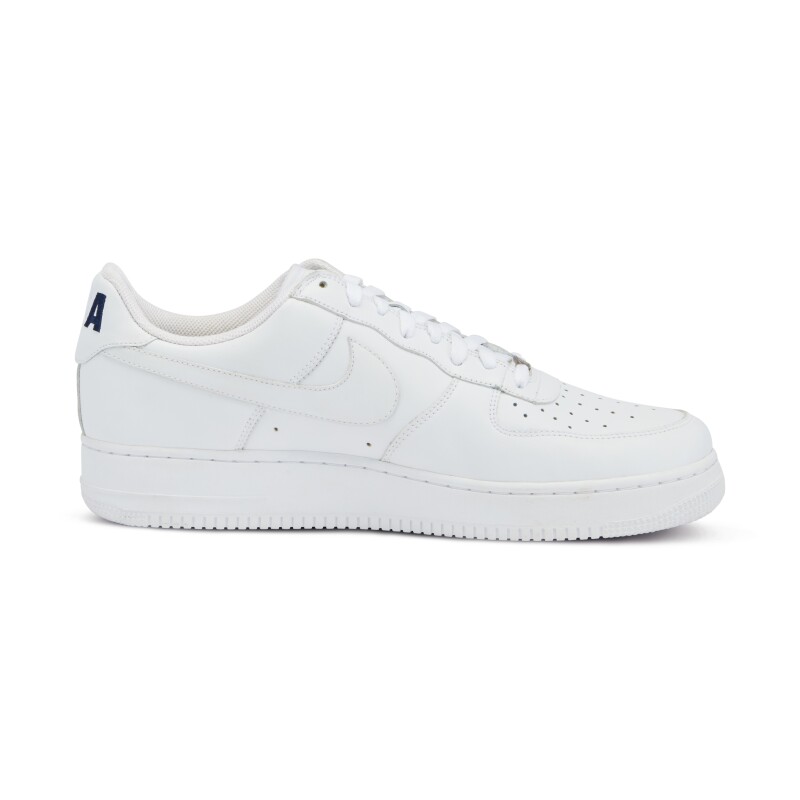 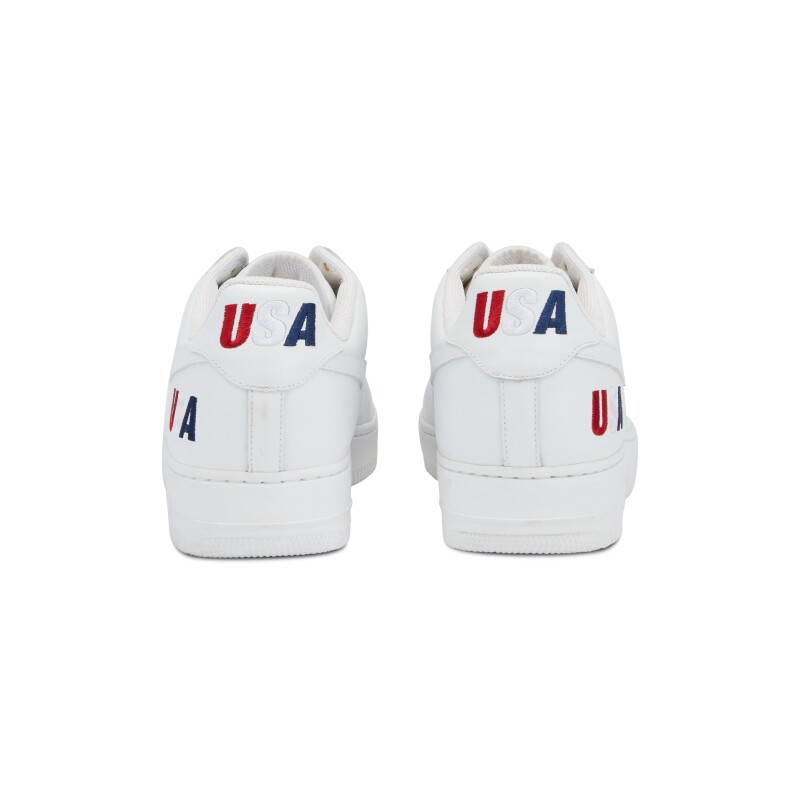 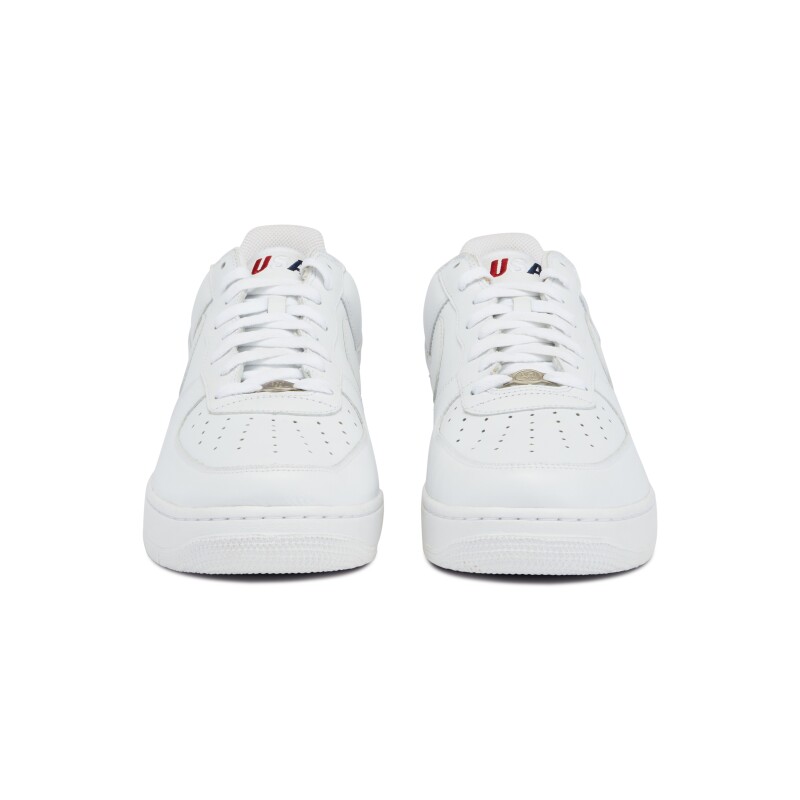 In celebration of the 2008 Summer Olympics held in Beijing, Nike released an exclusive Air Force One for Team USA. The traditional all white colorway features simple yet standout touches of Red, White and Blue. This was a highly exclusive release and the model is a very rare find.

Visible marks on the shoes left on the heel tab, lateral and medial sides of the midsole.