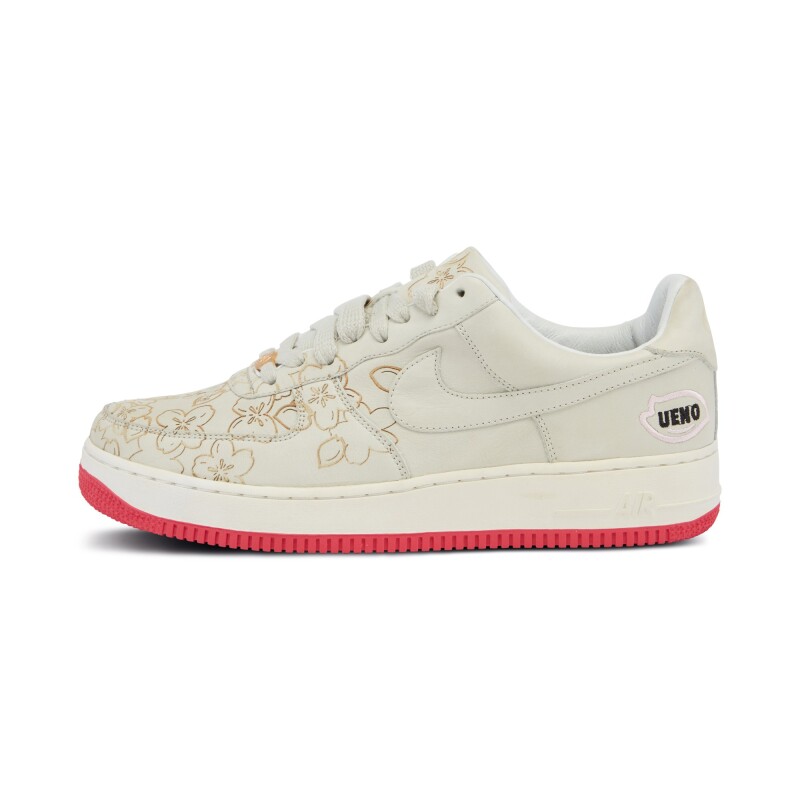 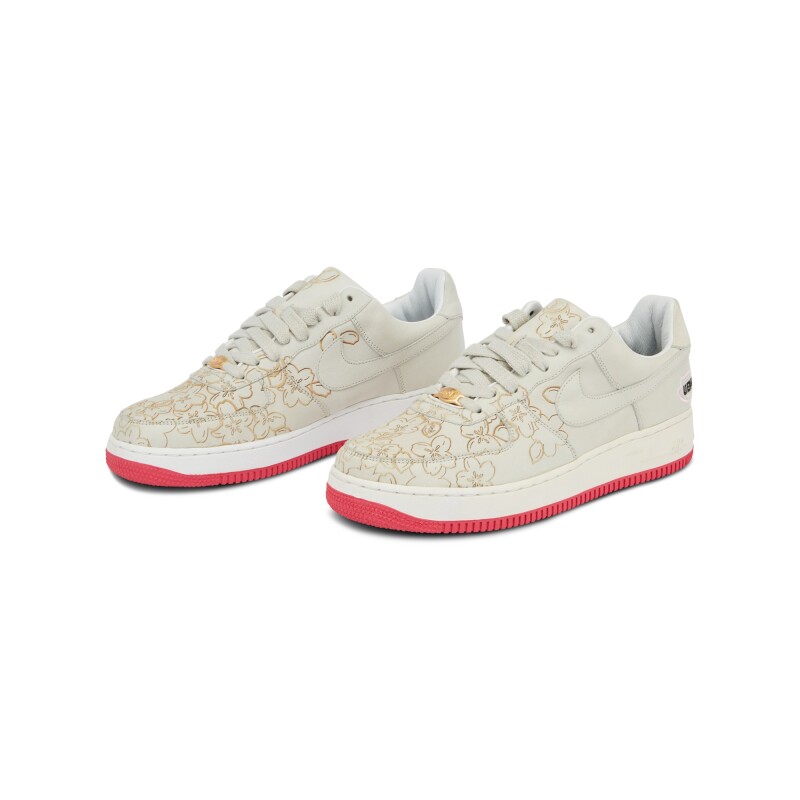 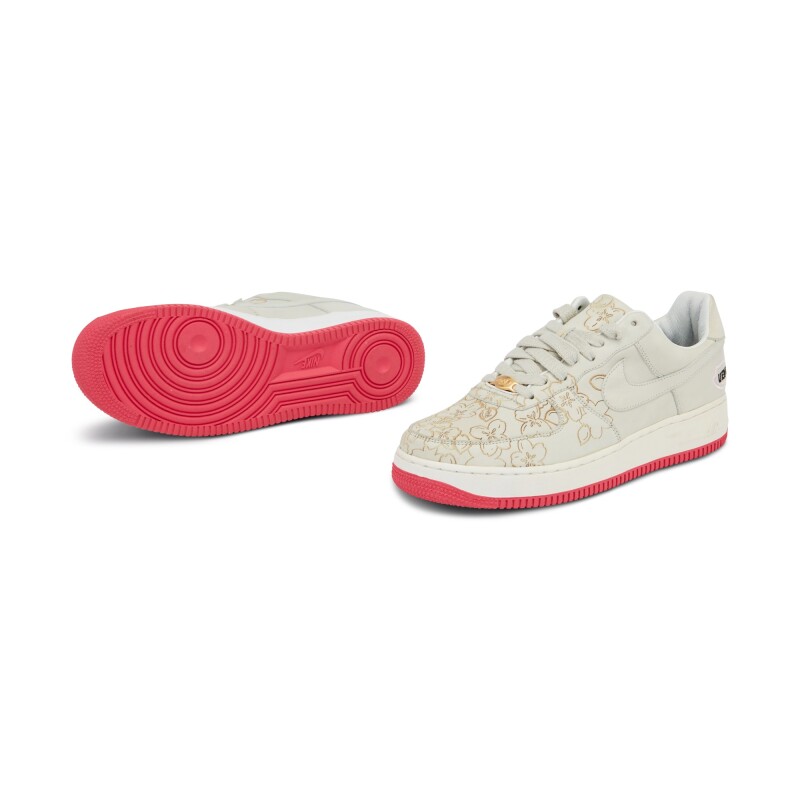 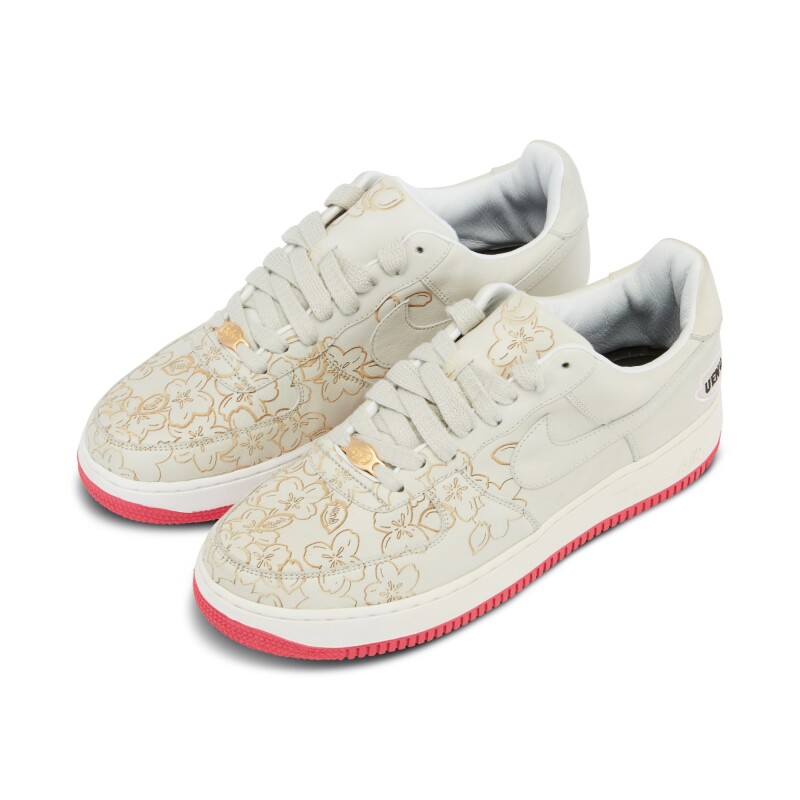 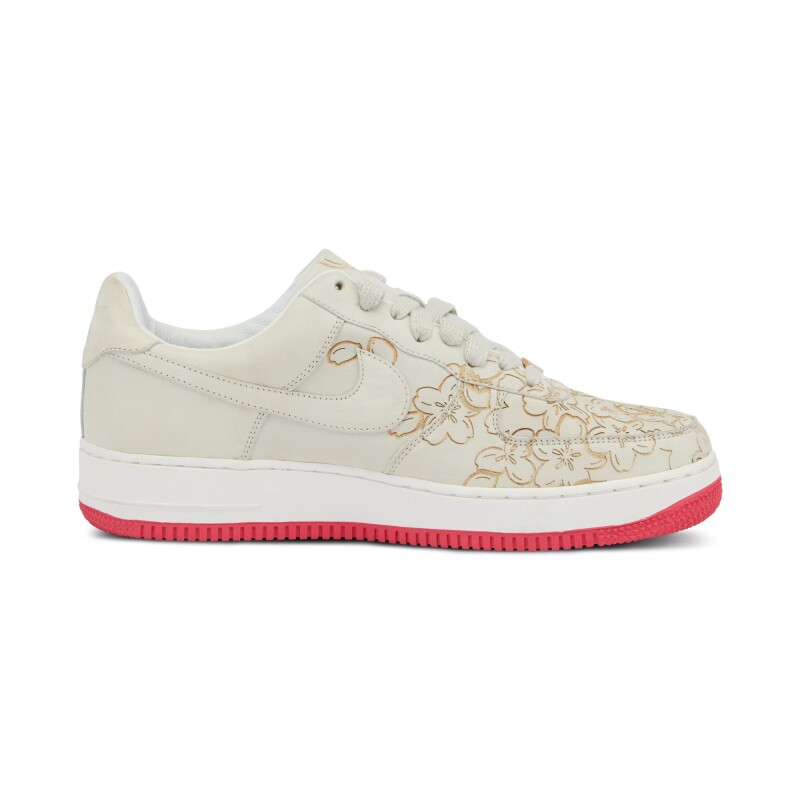 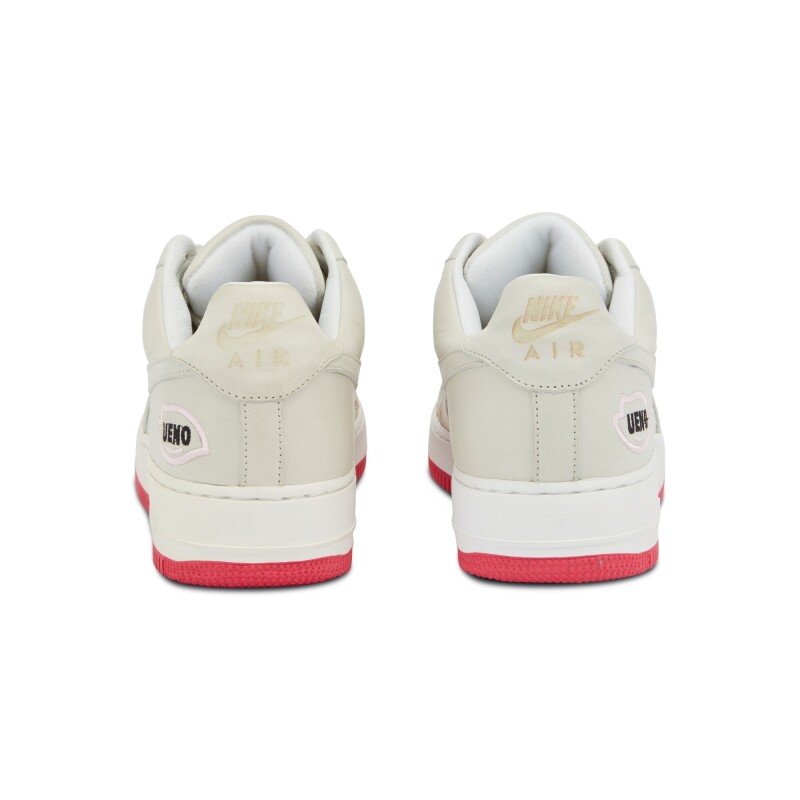 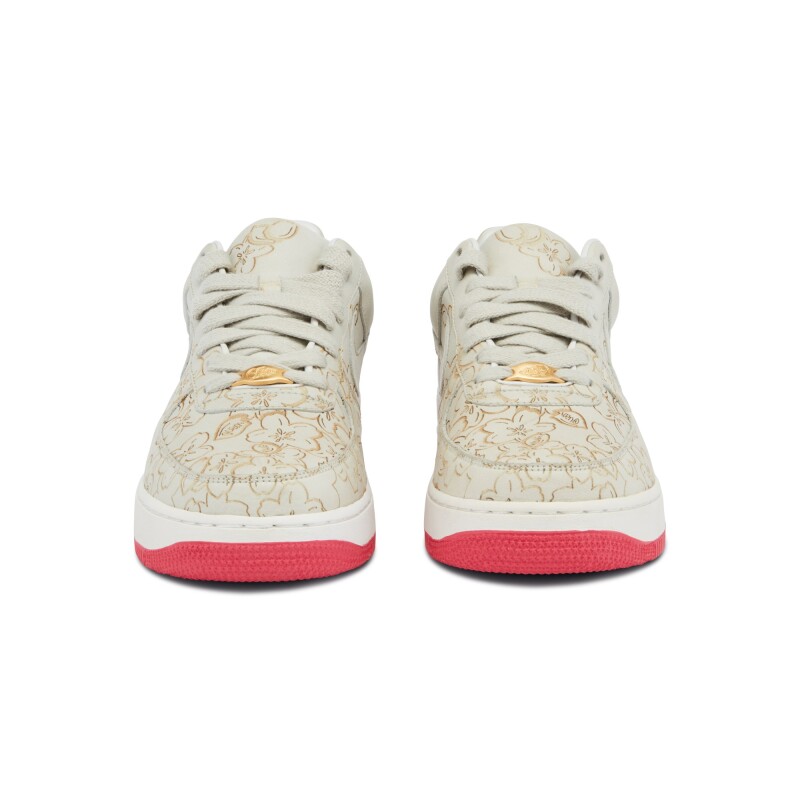 To celebrate the beauty of Cherry Blossom season in Japan, Nike released the Air Force 1 Ueno Sakura in 2005. Only a limited number of pairs were made exclusively for the Japanese market, making it an ideal addition to any sneaker collection.

Named after the Ueno region of Tokyo and it's famous Ueno Park, the Air Force 1 Ueno Sakura is considered one of the most coveted pairs of Japan-exclusive releases. Designed around the cherry blossom motif, the Sakura has a Light Bone suede upper and Watermelon pink outsole. The laser-etched sakura flowers on the front half of the shoe have ‘Ueno’ inscribed within the petals.

Left midsole has areas of discoloration due to age.