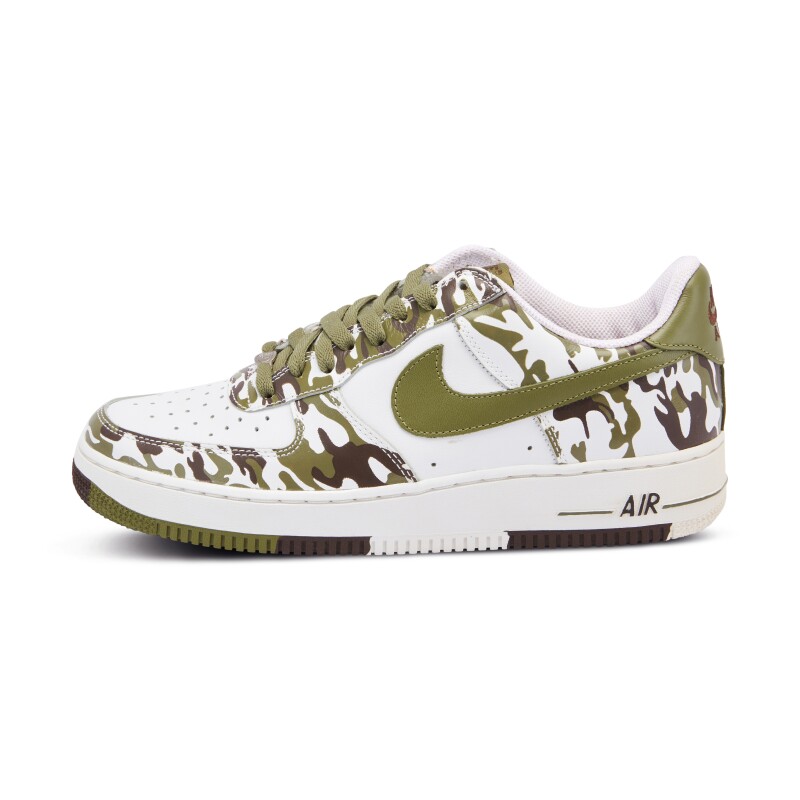 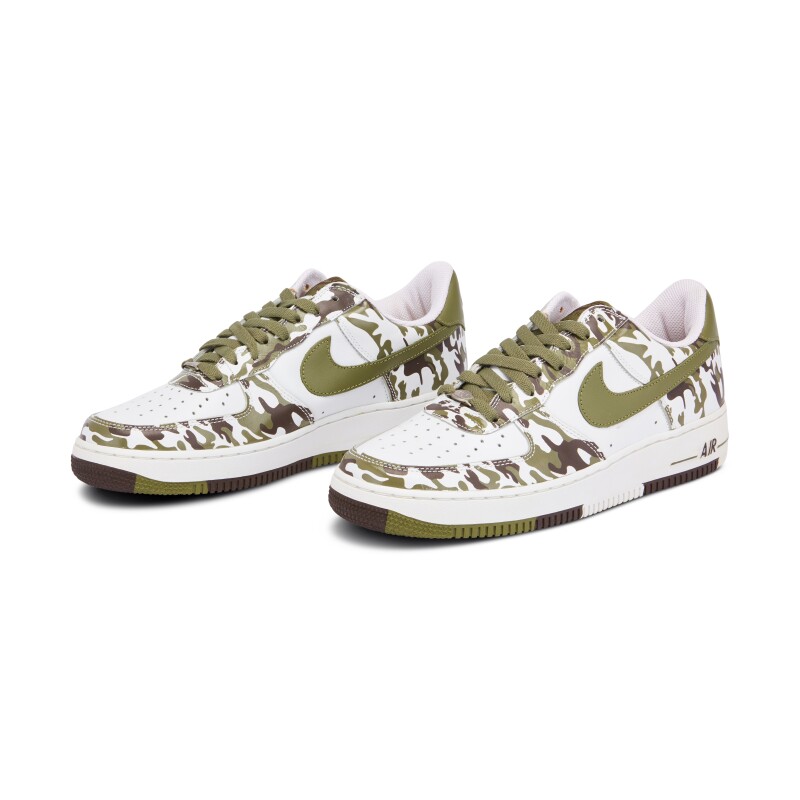 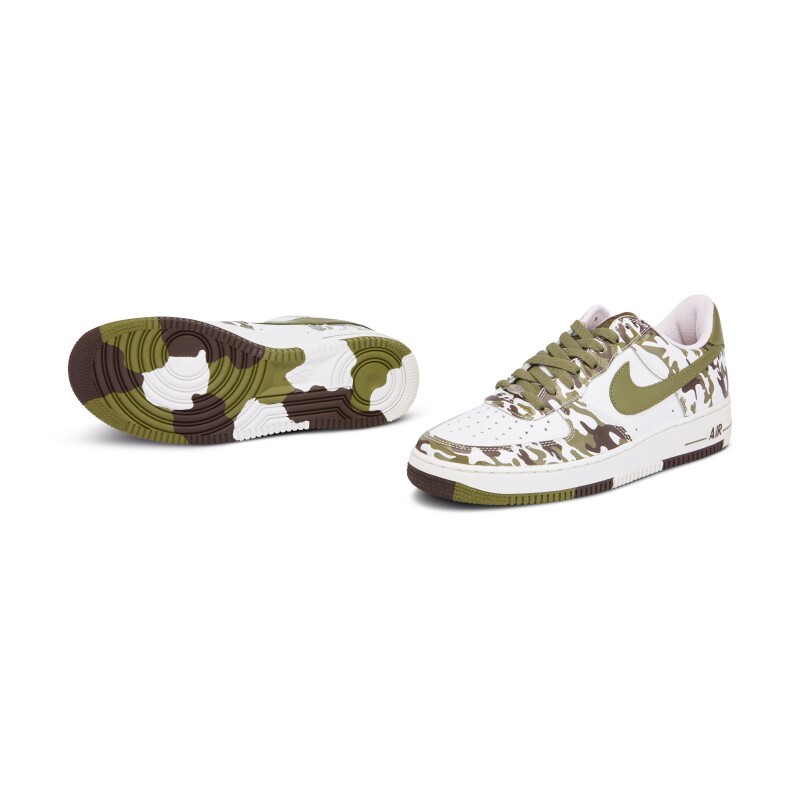 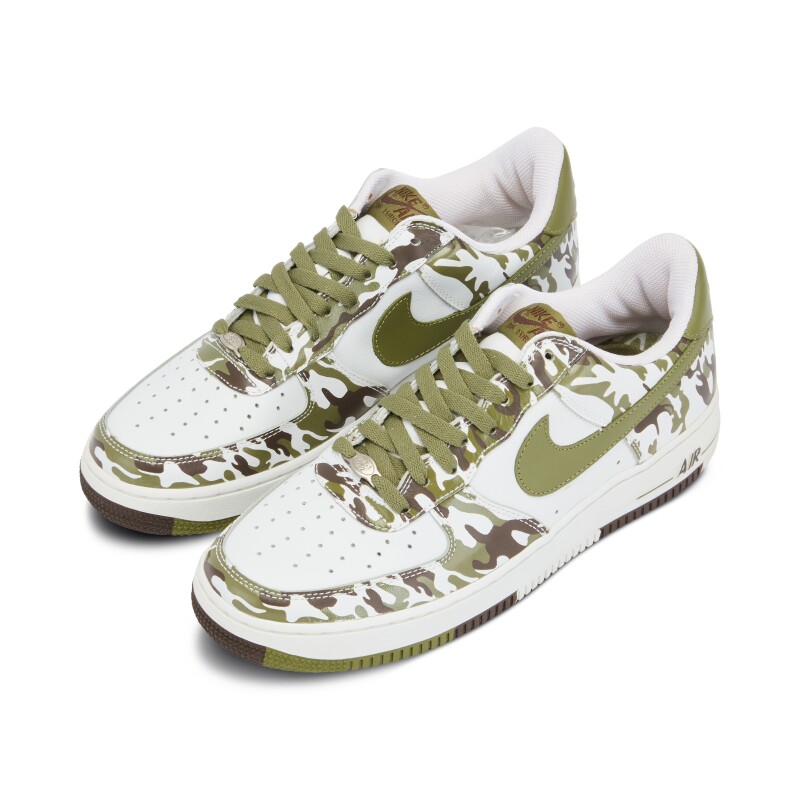 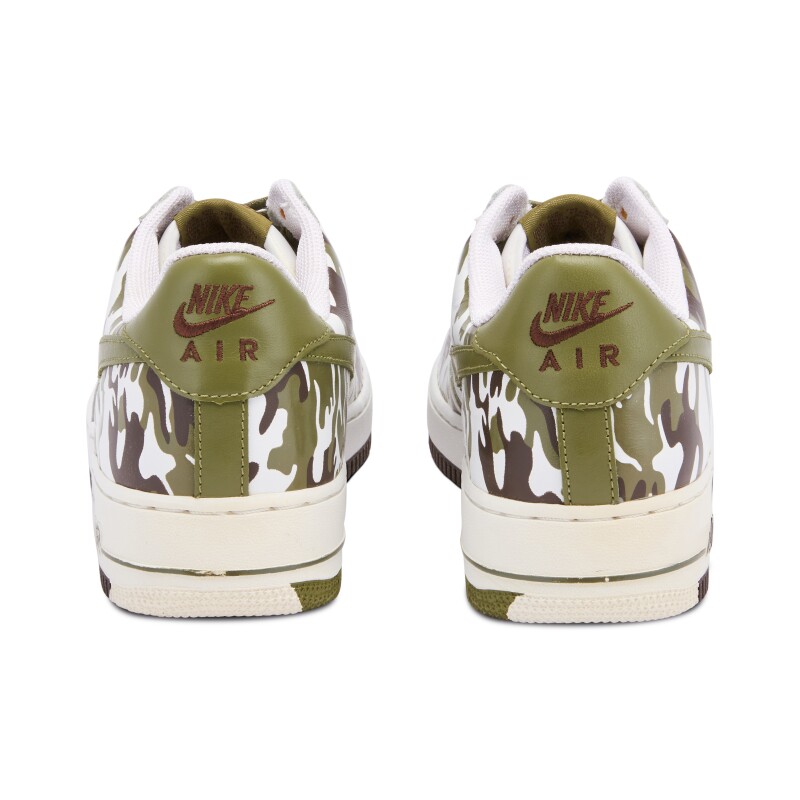 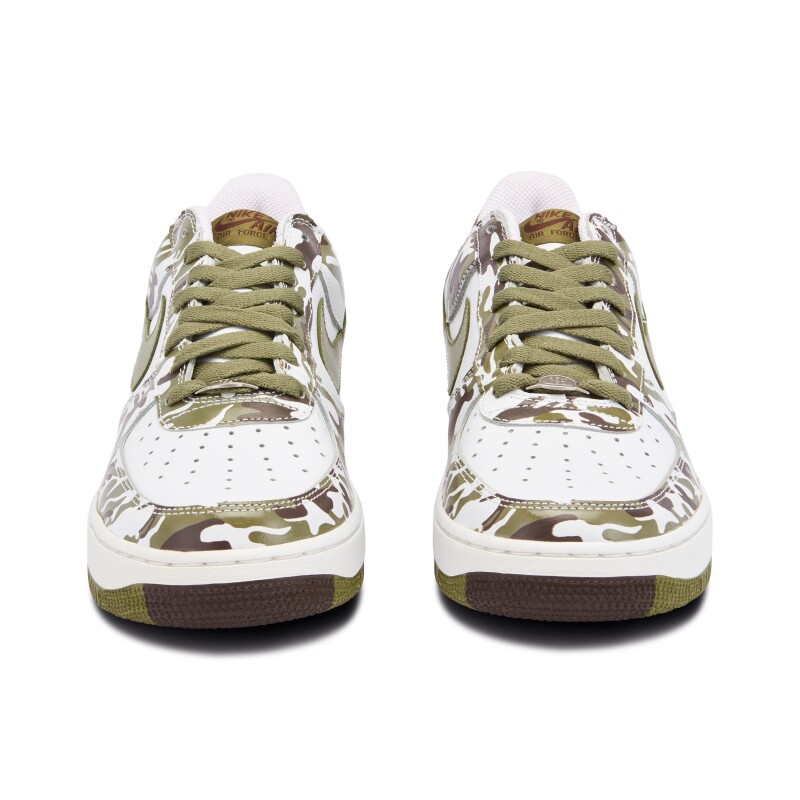 The Air Force 1 has been updated with many versions of camo graphics over the years. This model, released in 2004, features a white leather upper with Palm Green and Baroque Brown camo pattern. The classic look is completed with a clean white midsole and repeated camo outsole.